“What gives value to travel is fear.” Albert Camus

The flooding of the foreign into our living rooms – our bedrooms – is not always conducive to a sense of calm; all the spirits we like to keep locked up – suspicion, defensiveness, fear – suddenly rear their heads. A stranger is always at our door, nowadays, with an offer, an inquiry, and we don’t know what to make of him. The Other brings alien rhythms, smells, and spices to the neighborhood, and we’re in the dark even when the room is brightly lit.

I don’t have statistics, but I bet that you aren’t much 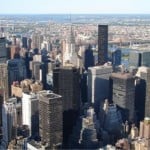 more likely to be a victim of crime in most of the places I will go to on this trip as I would be in New York City or Miami or Washington D.C. In fact, statistics might even show the opposite, I very well might be statistically safer in 95% of my trip that I would be if I instead had moved to Manhattan, but I do know that – you feel a hell of a lot safer at home.

Most of that feeling, I believe, is just a function of familiarity and language. If I am in D.C., I can understand what those kids on the corner are saying. If they are saying something about an idiot tourist or about a backpack, I have an idea they are talking about me.

In San Jose, Costa Rica, I have no idea what those three guys at the corner are talking about – so I usually give them wide berth, sometimes even crossing the street.

Engage in any sort of long-distance or long-duration travel (unless you are on a very high-end guided tour) and you will be guaranteed to have innumerable conversations about a variety of topics you never talk about at home: can’t miss sights, good and cheap places to stay, the current and previous state of everyone’s digestive tracts, and tales of theft and robbery.

I have been on the road for a short four months and I have already heard these stories:

“My laptop got stolen out of my backpack at a border crossing by the people working on the bus, when I wasn’t paying attention.”

“My nephew only made it as far as Columbia on his round-the-world trip because he got stabbed and had to come back home.”

“I got robbed in Managua, Nicaragua.” Not an unusual story, that is a bad town, but the details being, “by a cab driver that picked me up, took me to a dark road, and pulled a knife on me.” And I thought I had some bad cab drivers before. . .

I met a guy that got robbed in Nicaragua. At rock-point. Apparently, he was stumbling home drunk late one night and someone held him up by menacing a large rock. I am assuming he was too drunk to realize that running in that situation might have been effective. Or too drunk to run.

“I left my laptop under my bed for a bit at the hostel and got it lifted.”

I have met or heard of at least six people that have had their compact cameras pick pocketed off them, without any of them feeling or seeing anything.

And numerous stories of getting ripped off by various tour operators over promising and under delivering.

These are hints from various guidebooks that I have read:

Some of the ways to stay safe are pretty basic. About 3/4s of the robbery or theft stories I have heard begin with, “so it was 3 a.m. and I was wasted.” Hmmmmmm. Methinks at that point, perhaps you might have been asking for what you got.

I am not a danger junkie. I didn’t embark on this trip with any intention of getting ‘close to danger’ and see how the adrenaline rush feels. I would just as soon come back after a year journey and have not a single exciting story to tell about getting robbed – unless by rock-point, I think that sounds pretty creative.

In reality, you are a bit of a target on the road. Gringo also says to people: “I have money and shit worth stealing.” That is, unless you look like those backpackers who never shower, have nasty dreadlocks and ratty clothes.

And I don’t care how safe it makes you – I’m not willing to go there.

A healthy dose of paranoia is good, but it is also tiring. Alert takes a lot more energy than auto-pilot. There 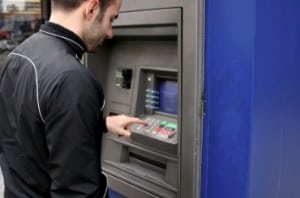 are a variety of things that tire you out mentally on the road, but the need to be vigilant is certainly up there on the list.

You have to develop a mental checklist:

Developing routines is a mental necessity. If you don’t develop set routines, you will exhaust yourself constantly worrying about what you might have forgotten. “Did I leave my iPod in my backpack earlier, or put it away in the locker?”

I am going to be gone a year. Of course I am going to get robbed or be the victim of theft. Precautions and paying attention are great, but even if I was merely traveling in the U.S. for this long, I would expect to be the victim of crime. For me, being safe and prepared is a comfort, but to the same degree you cannot become a victim of safety paralysis.

I am carrying a really nice digital SLR camera. It’s a Nikon D80 with a 18-200 mm VR lens. I love my camera. Unfortunately, since it is a big SLR camera, carrying it around certainly makes you a target. I can upzip part of my backpack and make a small fanny pack out of it, so most times that I carry my camera around, I can keep it covered up in that.

When I was in Medellin, four of us were going to go to the bullfights one Saturday afternoon. I was staying in a hostel with Garret, the guy from Montana that was on the sailboat with me. I asked him if he thought it was safe to bring the camera to the bullfight. He said, “why else did you bring it with you?”

He was right of course. I by no means take it everywhere, but I did bring it to use it. If it gets pinched – well, so be it – as long as I did my part to be safe.

14 thoughts on “Safety and Crime while Traveling”