It is hard to describe the scope of Victoria Falls. They are simply massive.  There are times when you go to places and the primary description relates to size (the Pyramids being another great example), but I’m telling you, until you see them, you really have no idea. 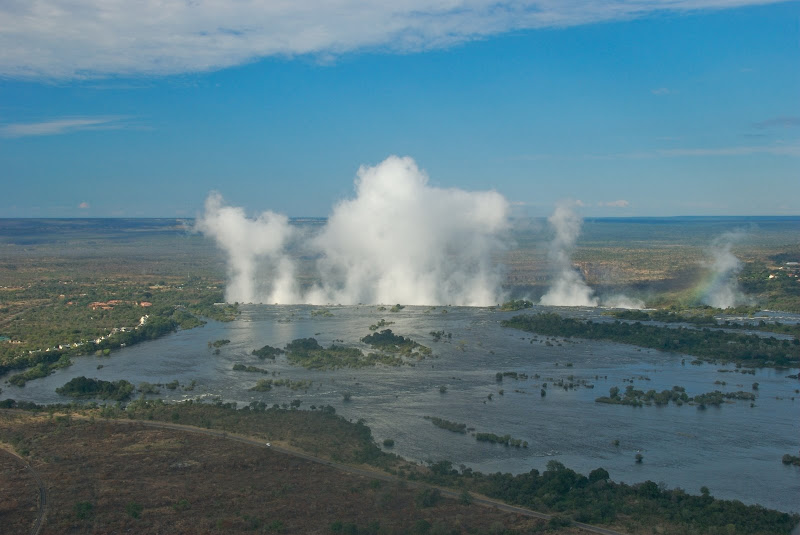 I am here at a bad time of the year to photograph the falls, because it is the end of the rainy season, so the water level is still very, very high. As a result, there is a huge mist created from the water flowing over the falls and pictures really just capture the mist and miss the falls behind them.

Its still worth seeing. And hearing. You can hear the falls from a long way off. I’d say a mile or so. You can also see the mist from an even longer way off.

I was staying at a campground called Zambezi Waterfront. It was on the banks of the Zambezi about 3 miles from the falls. You could see the mist from the falls from the patio of the bar.

You can stay on the Zambia side of the falls, as we did, in the town of Livingstone (or closer to the falls on the waterfront) or on the Zimbabwe side in the town of Victoria Falls.

Although Zimbabwe isn’t the safest country to travel in right now, by all accounts the area around the falls is fine to not only travel in, but stay in also. I was going to head over there (the views of the falls are supposed to be a lot better from the Zimbabwe side), but frankly didn’t want to pay the visa charges both ways to see what was likely just a misty view.

I did technically make it into Zimbabwe on the trip though. . . since I bungee jumped off the Victoria Falls bridge, which is the second highest bungee jump in the world. I did the Victoria Falls trifecta — a very tame swing across the gorge, then a bridge jump where you go feet first, then the headfirst bungee.

Its the second time I’ve done that sort of stuff on the trip and its a blast. This one was about a 110 meter free fall (more than a football field). Hard to describe the feeling, but quite exciting.

Lastly on the topic of Victoria Falls was the best thing I got to see or do in my four days here: the lunar rainbow. There are very few places in the world where you can see a rainbow at night and Victoria Falls might be the most famous on a short list.

Basically, on a full moon night, when the moon in low in the sky, it can cast enough light to create a rainbow in the mist of the falls. It is hard to see (and even harder to capture on film), but it is spectacular. Wow.

It also marks the end of all of the easy travel I have had now for about 6 weeks. Between the two weeks on the freighter, then almost a couple weeks in Cape Town, then the three safaris I took with Wild Dog Outfitters in Namibia, Botswana and Zambia, I haven’t really had to be in full travel mode for a while. Everything has been almost too easy.

Tomorrow I take a local bus to Lusaka, the capital of Zambia. If I am not the only white person on the bus, I will be quite surprised. Then I have to get to a town a couple hours north of that to catch the train to Dar Es Salaam, Tanzania. That train ride is supposed to be about 44 hours, but has been known to take up to 70 hours. Let’s hope I get a ticket in one of the sleeping cars! 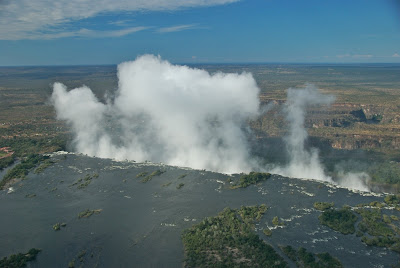 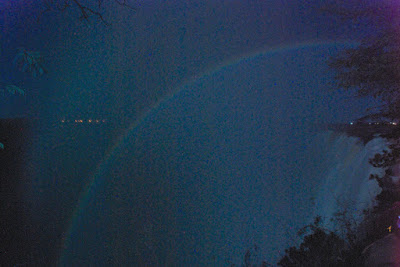 Visiting One of the World’s Highest Lakes

One thought on “Victoria Falls and the Lunar Rainbow”