OK, so the basic gist of this is that there is a small group of locals in Harar, Ethiopia that feed these wild hyenas every night, just outside the walls of the old town. Legend has it that practice began in the 19th century, during a famine. The locals feed the hyenas to appease the animals in times of drought, so they wouldn’t attack children or livestock.

They are feed some old meat that the guys buy off local butchers. The ‘donations’ you make to take photos go to buying the meat.

For 50 Ethiopian burr, which is about $4 U.S. dollars these days, you can take pictures of the guy feeding the hyenas, and. . . feed them yourself. 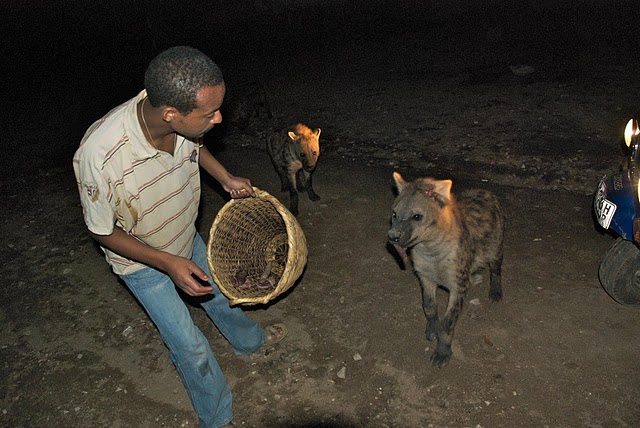 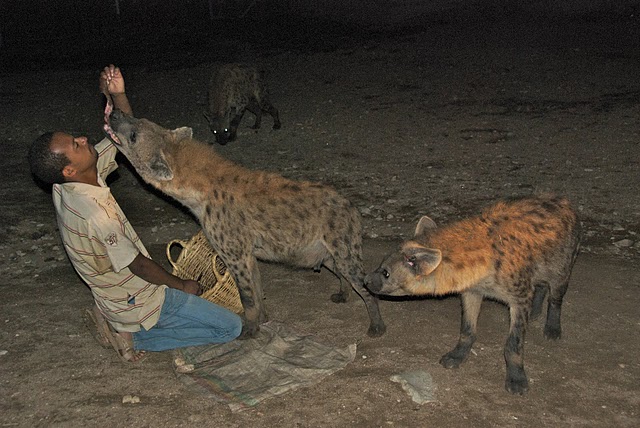 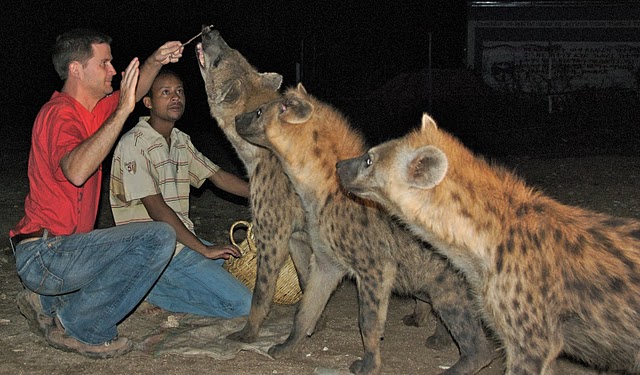 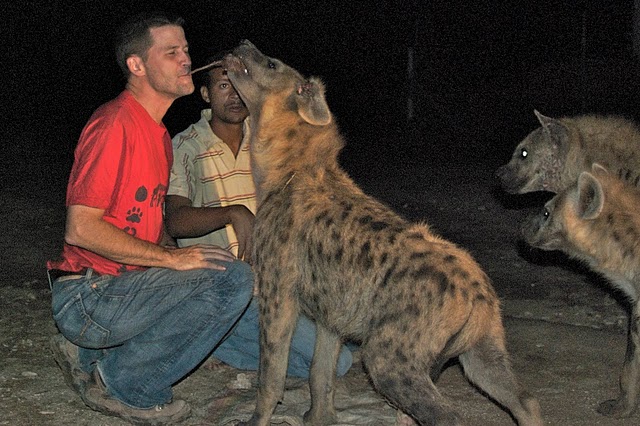 Traveling overland around the world was great for a number of reasons — I doubt I would have ever had this chance without going overland through Africa.

to Khartoum, Sudan from Gondar, Ethiopia

more random notes on Ethiopia, including some odd pirated DVD’s