Sometimes you have to relearn life lessons over and over before they stick with you. Yesterday, with my good friend David Roberts (who was nice enough to come join me for about a week on my trip), we both relearned one of the classics.

Always, always ask how much something is before ordering/buying/getting in and so on. 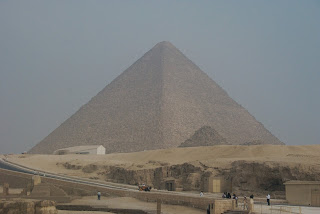 Luxor was really, really good. More on that in another blog. The train was quite nice. And Cairo has been more than expected also. Egypt, so far, has been a huge hit with the both of us. I’m a big fan — and didn’t expect to be.

So, the train arrived two days ago around 6:30 a.m. We went and found our hostel. Checked in. Rested for a few hours. Then went and hit the Pyramids and the Egyptian Museum.

The Pyramids are big. There is no other way to describe them. Yes, you’ve seen pictures. No, you have no good idea of how big they are, until you are standing there. Big. That’s all that can be said. Just looking at them, everyone — everyone — sits there and thinks the same thing: “how fricking much time/effort/stone/people went into these monstrosities?!”

And my pictures are pretty poor. Really heavy smog the morning we went. Sorry.

You aren’t allowed to take pictures in the Egyptian Museum, but it was much better than what I’d read in various guidebooks. Most comment on how little English signage there is on the exhibits, but seriously, how much do you want? There are little cards on most of the exhibits that give you 3-4 sentences on the object. It wasn’t like we were there studying up for some Egyptology exam. And the exhibits were great.

At the Pyramids, you’d look up and say “big.” At the museum, you look around and say “old.” Really old.

Yes, I’m using all my big words today in this blog.

Now on to the life lesson. On Dave’s last day, we decided to walk over to the Islamic section of town. We wanted to wander around, take pictures, eat a bit of local food and perhaps have some coffee or tea. Its a really nice part of Cairo. We got a smidge lost trying to find it and milled about aimlessly in some series of small alleys, which was a market section of town, but eventually we found what we were looking for. 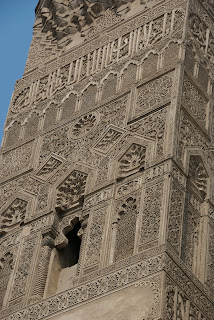 After walking around a bit, we found a little street vendor for some food. Both Dave and I are always up for some street food (plus, I’d just gotten over my 72 hour bad stomach/adjustment to local food and water, so I was immune to anything possibly bad happening). We walked up to one of the guys cooking some sort of bean-type food and asked for “food.”

We got three or four bowls of stuff, plus a bunch of bread. It was obviously a place that only locals ate. When we walked up, the guy said “no Coke” before we said anything. He’d assumed we just wanted to buy a Coke out of his refrigerator and seemed quite surprised that we actually wanted food.

Then we got up and wandered around some more. We ended up walking by another guy cooking some falafel around the corner. We were pretty stuffed, but the guy got Dave to stop and try a free sample of the falafel. He loved it. I tried it. It was the best I’ve ever had. Dave said the same thing.

The guy asked if we wanted to get some. Absolutely. I tried to order a half dozen of the falafel balls. And then everything went downhill.

The guy waved us off a 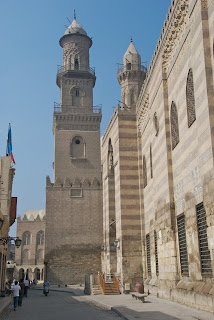 nd essentially said, don’t worry. I will bring you food. 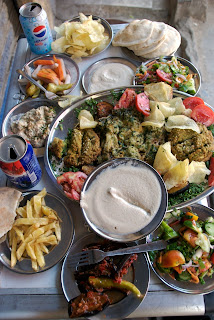 He set up a table specially for us, right across from his little shop, in the alley. He then proceeded to bring out a feast of food — considering we’d eaten, there was no way at all we were going to be able to finish it.

The major problem was that we never asked how much it was. Maybe we were still thinking about the two pound meal. Maybe the heat had gotten to the both of us. Maybe we were just on one of those traveler’s highs, because people had been so friendly the last couple days. Maybe we were smitten by the falafel.

I don’t know, but you never, never, ever get anything without asking the cost. We should have known better.

I have written about crime and safety in travel — this was entirely different — just a flat out scam, more like the Zanzibar ferry scam experience. I had heard about Cairo scams before… I should have known better than to fall for a Cairo scam.

In the end, we ate about a third of the food, somehow. He wanted 110 Egyptian pounds for it. More than the dinner we had in a nice place the night before. And don’t even let me think about how much more than the meal we just ate. We got him down to 90, which was at least triple what a moderately reasonable price would have been, paid it and walked away pissed off at ourselves.

If you see this guy in Cairo — keep walking. Arrrggggggg. 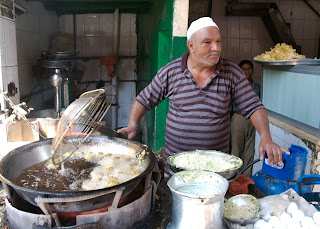 And I’ve explained this before, but its a strange concept, so I’ll do it again. Its not the money. 90 pounds split between Dave and I was about $8 U.S. dollars each. Its just that we got ripped off. Totally because we were stupid. It can ruin your mood for hours or even days.

Thirty minutes later, it all turned. I saw a kid on the street selling underwear. I needed some more boxer shorts (don’t ask). I asked him how much they were and he said ten pounds. I asked if I could have two for fifteen. He asked Dave and I were we were from. We told him we were both from America. He lit right up and asked us some questions about the U.S. He was justifiably proud of his English, which was really good.

Then he told me that I could have the two pair for just 10 pounds — although I was offering 15. 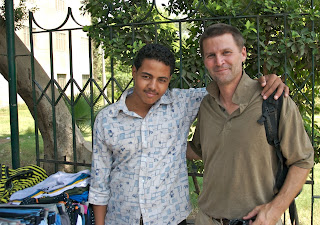 Father’s Day: What I Learned from Baseball

Things I learned from photographing 30+ countries by @edgrahamphoto