I suppose there aren’t any cold showers in hell, now that I think about it, but regardless, I hate cold showers. Hate. Hate.

Before I first started on my RTW overland trip in December of 2008, I couldn’t remember the last time I took an intentionally cold shower. Like anyone else, occasionally the hot water would run out during a shower, but the solution was always to just yelp loudly, exit immediately, and resume when the hot water came back. 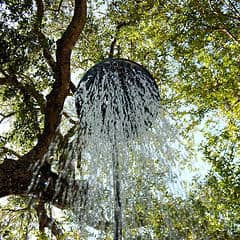 Then came my travels in the Third World. In Central America, during the early part of my trip, when I would complain about cold showers to the younger kids staying at the hostels I was at, they universally told me, “don’t worry, you will get used to it.” To which I replied, “I am 42 years old and no, I am not going to get used to it.”

Chalk one up for older and wiser, because almost two years later, I hate cold showers as much as I did before.

There are minor exceptions. After five days in the Sudanese desert in 110+ degree heat, the cold shower I took in Wadi Halfa, before hopping on the ferry to Egypt, was pure bliss.  There aren’t many more examples of happiness I have gotten from a cold shower.

But I have been accused by more than a few of being too negative on this website, so I give you…. the reasons that cold showers are wonderful, good for you, and just chock full of pleasure:

(1) Sometimes a hot shower is derived by an electrical shower head, commonly referred to as a ‘widow maker.’ Cold shower means no electrocution. 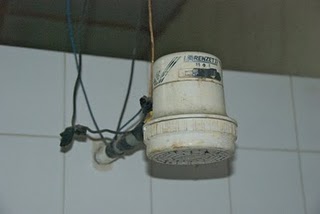 (2)  You don’t need to turn the shower on and wait for the water to warm up to the right temperature — just turn it on and jump right in.

(3)  Someone can flush the toilet in your bathroom and it won’t mean scalding hot water for you.

(5)  Shampoos work better in cold water.  Well, not really.  I made that up, but I did find a guide on ‘how to properly shampoo your hair’ which researching — and it did mention to rinse with icy cold water. Plus, it just made me chuckle that someone did a how-to guide for washing your hair.

(6) Because cold showers are annoying and painful…. they are shorter.  So you end up using less water and helping the environment.

(7)  How often do you get to use the word “bracing” appropriately?

(8)  No need to worry about your hostel or hotel running out of hot water or having to take one of the first showers of the day to get a good, hot one.

(9)  No steam on the bathroom mirror when you finish your cold shower.

(10)  Cold shower thoughts can keep your mind clear to deal with fembots.  (50 seconds in or so)

But I still think they suck.

You Think You’ve Stayed in Bad Hotels? Check this one out in Colombia!

In the shower today, for the first time ever. . .

35 thoughts on “Cold Showers from Hell”