Wes is one of my favorite travel bloggers out there on the road right now.  No one seems to get into more unusual and entertaining situations than him. Go read his post on getting into a poker scam in Vietnam for example.  His photography is also becoming truly spectacular — check out his Ganges River photos and tell me you disagree — he is an amazing talent.

Where do you go see these things?  Why at Johnny Vagabond, of course.  Why isn’t his blog Wes Vagabond?  Who the hell knows, buy him a beer and ask him.  Right now, he’s in Southeast Asia with the rest of the Chiang Mai mafia.  He went back to SE Asia after a few months in India, where he really wrote some great material (and took some great pictures).  Go check out his website, follow him on Twitter, and in the meantime, enjoy his Lucky 13:

It’s not really a curse but I met a young Irish woman once who always exclaimed “Well, f*ck me running!” which always puzzled me. It’s physically possible, I suppose, but what’s the hurry? People don’t take the time to do things properly anymore.

2 — most annoying nationality of travelers you have run across? 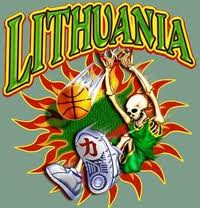 I’ve been thinking about this a lot lately. While I think we’re all equally annoying, I’ve been feeling the need to have someone to pick on — a comic foil of a sorts. I considered the French, of course, but everyone picks on them and I actually kind of like the snooty buggers. So, after considerable thought, I’ve decided to make fun of Lithuanians for a couple of reasons. First, it’s just a funny name — I think whoever named the country had a lisp. And second, though I’ve never met one, I suspect they all wear funny little mustaches. Even the women.

3 — what is the superpower you most want?

I’d like to be able to cross my eyes, mutter a few ancient words and magically add three zeroes to my bank balance so I can keep traveling. A flying motorcycle would be cool, too.

4 – celebrity that you’d most want to slap or otherwise taunt in person?

Do I have to pick just one? I secretly dream of picking Kenny G up by the ankles and beating Michael Bolton to death with him. It’d be the perfect crime: no murder weapon and no jury in the world would convict me.

Ringo by a mile. Talk about a lucky guy — right place, right time, zero talent. If Ringo can be a famous godzillionaire, there really is hope for the rest of us shmucks.

6 — what do you fear most about old age?

7 – year in your life that you’d like to have had a rewind or erase button for?

None that I can think of, really. I’m old enough to have forgotten all the early ones and the recent ones have been pretty good. Wait… maybe the year in high school when I had a perm and wore bell-bottoms. Still haven’t forgotten that… 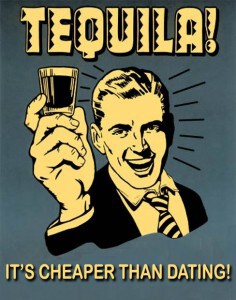 Tequila — not the cheap stuff, but a good quality sippin’ tequila does the trick. It’s practically guaranteed that I’ll wake up in a strange place with no pants on.

9 – what is your single most treasured personal possession?

As geeky as it sounds, my MacBook — I couldn’t do what I do without it. After nearly a year on the road, it’s filthy but I’m afraid to clean it. I think the dirt is what’s holding it together.

Keanu Reeves, because I actually like crappy movies. (Interviewer insertion: popular answer. Nomadic Chick and The Road Forks agree, as do I.)

Dan Brown. I hear he’s working on a biography of Ringo Starr.

12 – what is your favorite sports team?

I don’t really have one. I’m a very fair-weather sports fan. When the playoffs roll around for just about any sport, I’ll tune in. Usually I’ll root against whichever team has the biggest jerk for a coach or whichever team everyone else is cheering for. 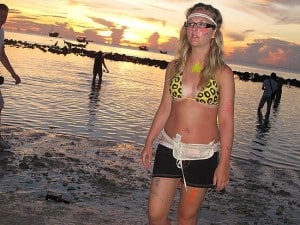 13 – what is your biggest pet peeve? (meaning something small enough to be a bit embarrassing it bugs you)

Travelers who wear their money belt on the outside just make me crazy. They walk around with their passports, cash and credit cards hanging from their body by a thin piece of elastic. I tried to explain to a woman once that it was supposed to be worn under her clothes and she replied “But then it’s a pain to get to.” Umm… yeah, that’s kind of the point. Touron.