I think I am correct in saying this… Jodi’s was the first travel blog I ever read. Early on in my RTW trip, I did some sort of google search trying to find my blog (at the time, it was The Mobile Lawyer) and ran into her blog, Legal Nomads. Lucky for me, the first blog I ever found was one of the very best.

Back then, I really had no idea that anyone else was travel blogging.  I thought it was funny she had a similarly titled blog and roughly similar story and background, and therefore I emailed her.

From such beginnings, a mostly (though unfortunately) long-distance friendship was struck and now I talk to her pretty much every week. She is one of the most popular travel bloggers out there – it is literally amazing how many people comment on her posts, Facebook page and the like. She’s also incredible self-effacing, so I’ll say it on her behalf – someday soon she’s going to be big, really BIG, because her talent jumps from the page.

She is one of my favorite people on the planet — a great writer — sharp as a tack — and the embodiment of the phrase, “good things come in small packages.” So go check out her blog, Legal Nomads, follow her on Twitter, and enjoy her well-crafted answers to the Lucky 13. 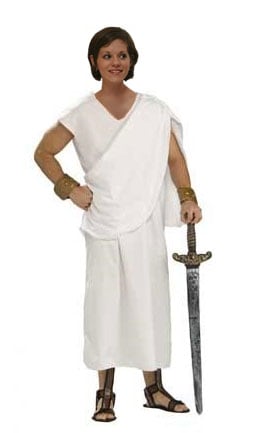 Jodi as an ancient Roman… dude.

1. If you could be transported to one day/place in time, what would it be and why?

Fun question. There are so many places and times, though! Just before the big bang? Ancient Rome or Ancient Egypt? In any case, I’d like to do so as a guy and not a woman because there’s no way I’d be allowed to rabble-rouse if I was transported in my current state!

2. Best single piece of technical advice (other than “provide good content”) you have received about travel blogging?

Not to listen to other people about how to run a good travel blog and instead focus on passionate writing, be it positive or negative in spin.

3. Game that entertains you for hours on end?

The Settlers of Catan

4. Most annoying nationality of any travelers that you have run across?

I’m not taking the bait, Hodson! 🙂

There’s no set nationality that’s more annoying than others, just occasionally annoying people from different places.  After 3 years of travel, it’s hard not to play “guess the nationality” when you spot a new traveler, but rarely do I speculate on their level of annoyingness – until they open their mouths.

5. What is your favorite article of clothing?

Sarong. More uses than I ever knew.

6.  You famously, or infamously, have been crapped on by about a dozen birds.  And I know you are a believer in travel karma.  So, let’s cut to the chase — what did you do to anger the travel gods?

I wish I knew. The crappings seem to get more elaborate, too. It started with just one crap, and then I had a twofer in Burma (with witnesses for each) and then while telling a couple about my bird crap problem, a bird took a shit on my head. Of course, with the bat that crapped on me in the Dominican Republic, I’m now worried that I’ve started down a terrifyingly slippery slope. Mammals? I can’t handle this. 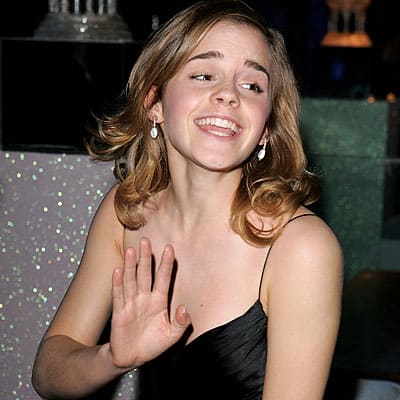 “Stop!! I am getting the wand out for the next person who says I remind them of this Jodi person…”

7. Who plays you in the movie of your life?

I don’t think my face resembles any movie star, but my brother swears that Emma Watson (Hermione from Harry Potter movies) has the same mannerisms I do. Given that she’s in her early 20s, I’ll take this as a big compliment. (Yes, I know this is a Lucky 13 theme at this point….)

I would make whistling punishable by being pelted with durian fruit. I don’t know why, but whistling drives me crazy. My younger brother figured this out by the time he was 12 and spent the next 5 years whistling into my ears. Sigh.

9. Whose brain would you like to swap yours with for a month?

My friend Jacomo.  Not only is he one of the smartest people I’ve ever met, but he has a huge skull – his brain must be large too, no? I figure I might as well maximize my results. I have a very tiny head, so any adult-sized brain would be an improvement. 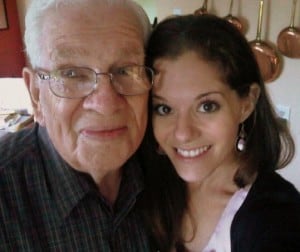 “these kids today… no respect for a quality bowling effort”

10. What is your high score bowling?

The last time I went bowling I was seven years old and I believe it was almost a negative number. But my grandfather – who is now 92 – still bowls and almost perfect game. If anyone’s looking for a bowling guru, I have your man.

11. Tell us something interesting about one of your ancestors. (farther back than parents, in this case)

While each promised to other people, my maternal grandparents got engaged the day they met during the Second World War. My grandfather was in the Air Force and stationed in England and the second he saw my grandmother it was love. He is such a shy man but couldn’t help but ask her where she was headed as she walked by. And they stayed up on the beach and talked until the sun came up, when he proposed on the spot. And she accepted! Married until she passed away in 1998, they were a beautiful, symbiotic couple.

12. Travel book you most wish you have “lived through.”

A Short History of Nearly Everything

13.  Give us your one paragraph obituary, a long time down the road.

Jodi lived a full life of travel, food and exploration, thirsty to learn about everything she could to the very last day.

Don’t like spam? Check these comments out and think again.