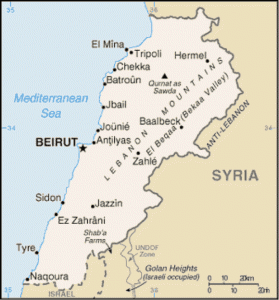 Baalbek is close to the northernmost part of the Beqaa Valley in Lebanon, an area that is probably most recognizable to American readers vaguely as one of the locations of constant fighting in decades gone by during the various Lebanese “situations,” as they call them over here.

For me, it will always be a valley of good wine and one of the most amazing Roman ruins on the planet.

Baalbek, know as Heliopolis during the Roman period, was one of the most important cities in the region. During the reign of Augustus (1st century BCE), the three temples that make up the impressive complex were built to honor Jupiter, Venus, and Bacchus.

Yes, there is a Temple of Bacchus, the god of wine. Even better, it is the only surviving temple dedicated to Bacchus surviving anywhere in the world today.

So if you are a wine lover, Baalbek is a must see location, in my book.

Baalbek is a truly impressive site. It sits right in the middle of the modern town, in fact, my hostel and morning breakfast location had balconies that immediately overlooked the grounds. The surviving structures are in quite good shape.

I love ruins (more on that reasoning in an upcoming post), but Baalbek is one of the better ones I have seen anywhere, right up there with Jerash in Jordan and Palmyra in Syria, which is the subject of another upcoming photo journal.

O’ yea, and another bonus to checking out ruins in countries that people incorrectly think are too dangerous to travel to… there was not a soul on the grounds for the first hour I was there. Later about 4-5 people showed up. I bet there weren’t 20 visitors the entire day. 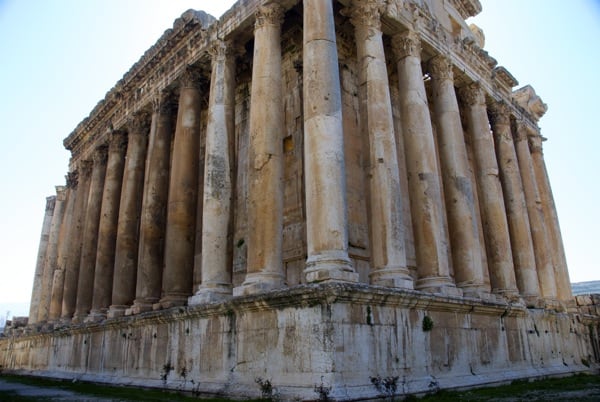 Temple of Bacchus. I knelt down and said a little prayer 😉 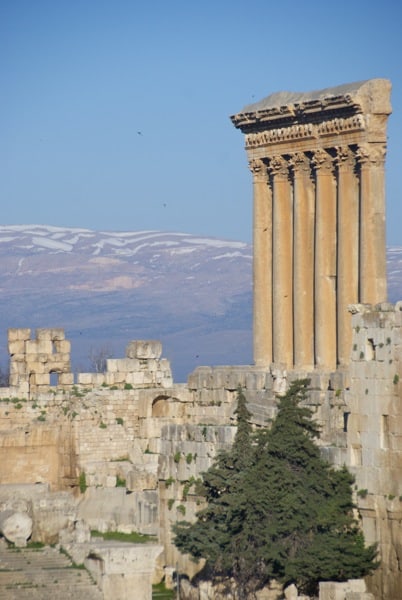 the remaining facade of the Temple of Jupiter, with snow capped mountains... 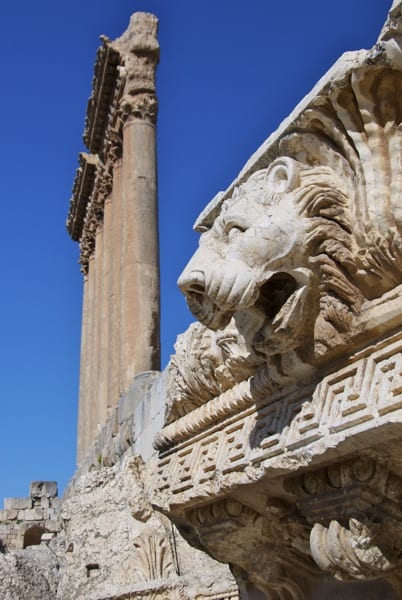 the remaining columns at the Temple of Jupiter with cool lion 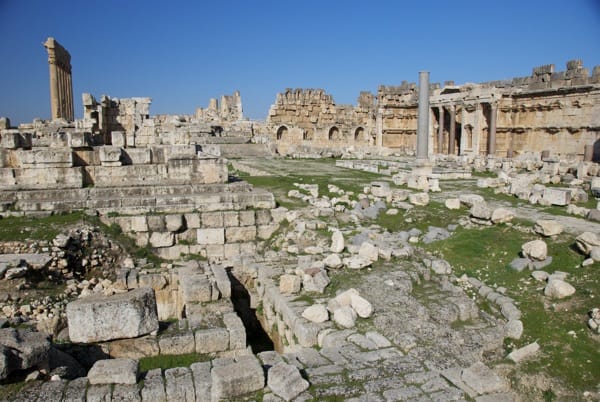 view of the great courtyard area inside 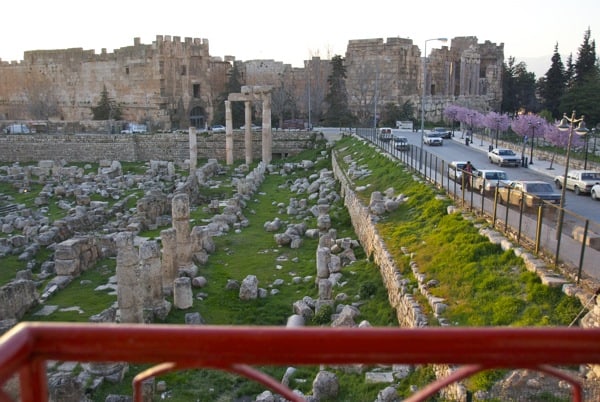 view from the balcony of my hotel room 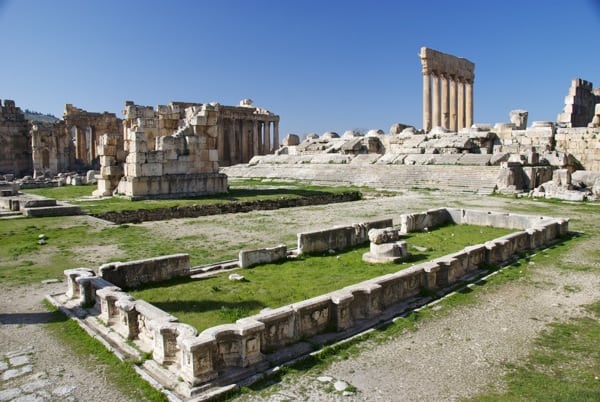 Temple of Jupiter to the right, up the steps, great courtyard in front of you 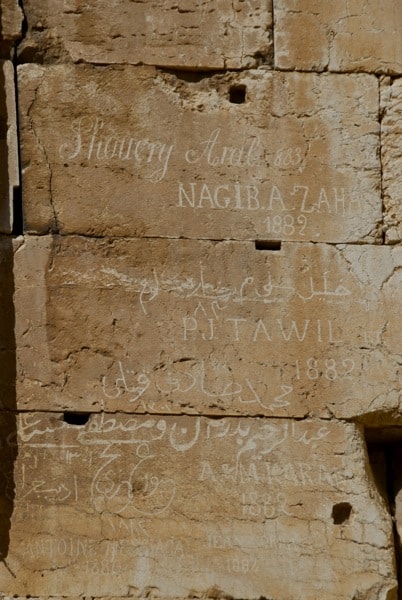 some graffiti on the ruins 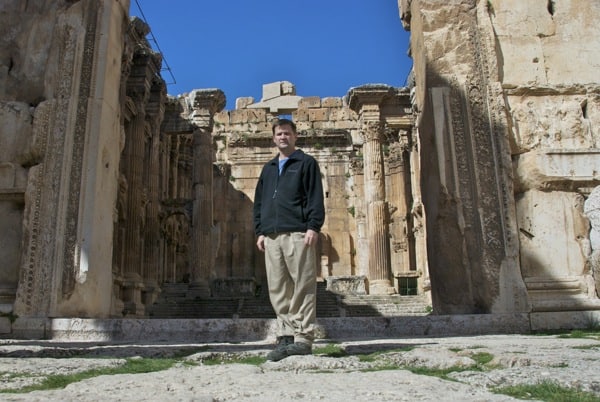 me, about to pray to Bacchus 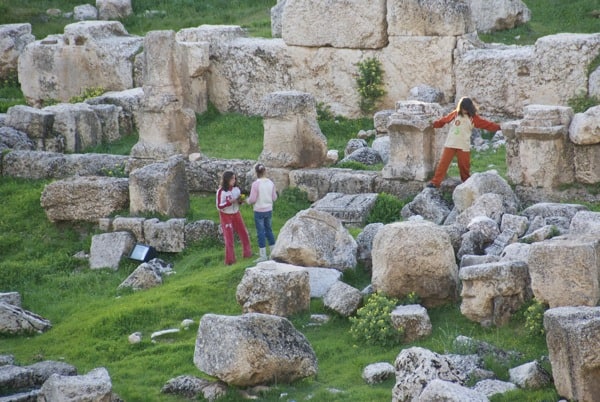 kids playing in the ruins 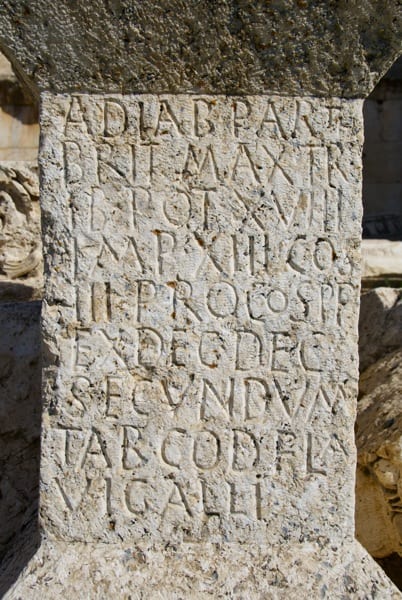 how cool is it that you can still read the writing? 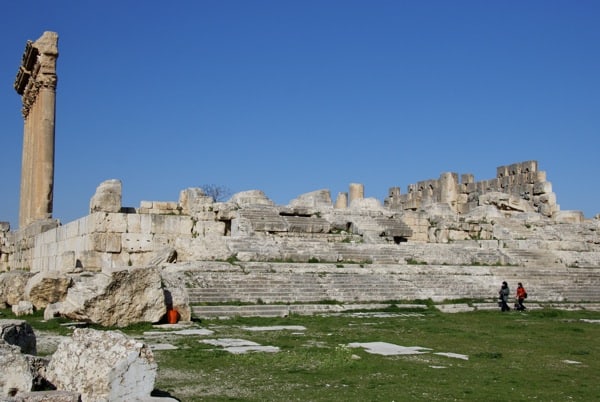 main steps of the Temple of Jupiter

More of the Wines of Lebanon