Jessica recently interviewed me and I realized, in yet another example of my disorganization, that I hadn’t managed to get her on my list of interviewees yet. She has been an invaluable resource for me on multiple occasions, answering every question one could have on Italy (and other places) and in this forum, I need to apologize for not getting her in the Lucky 13 rotation earlier. 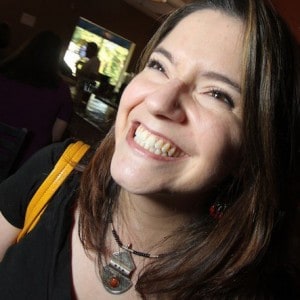 the lovely and talented Jessica Spiegel

She is a wonderful presence on Twitter. Her website is one of the best examples of a destination specific travel website out there. She’s is unfailingly friendly and informative and is one of the people that I look forward to seeing in my Twitter stream every time she pops up.

1. What is your nickname (or one of them) and how do you get it?

I have pathetically boring nicknames. Jessica pretty much leads to Jess and Jessie, and I respond to all of those. Friends of ours when I was little, about six or seven, had a tiny girl who – at the age of three or so – used to call me what amounted to Jekatha, which my dad later adopted, but that’s about it. 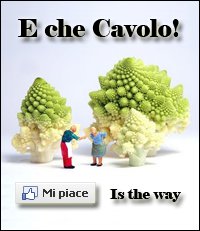 You knew it was going to be Italian, right? I’ve got a few favorite Italian curse words, but a couple that are common and make me giggle (entirely because of their literal translations) both happen to be PG-rated. One is che cavolo – it’s the Italian version of “what the hell,” but it translates to “what cabbage.” (Incidentally, the entirely-untame version is che cazzo, which is akin to “what the fuck,” but translates to “what dick.”)

3. Famous person you would most want to walk right up to and lay a big kiss on?

This is one of those “if there were no consequences” questions, right? Like, the fact that I’m married and said famous person is married has nothing to do with it, right? In that case, I’m going with the guy even my husband refers to as my “boyfriend” – Italian soccer star Andrea Pirlo (as seen in my first “Italian soccer hotties” post; which reminds me, I need to do another…). He’s the reason I’m such a soccer nut in the first place. And yes, it honestly 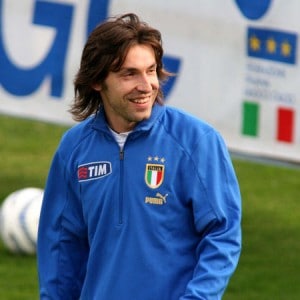 started because of the way he plays soccer. Seriously. I couldn’t have picked him out of a line-up when I first learned his name…

4. What is your television guilty pleasure?

I don’t watch anything that I’d be completely embarrassed about, but the various tattoo reality shows on TLC (LA Ink, NY Ink, etc.) are probably about as low on the food chain as I get these days. I’m about ready to jump ship, however, as they’ve all turned into stupid contrived dramas – what I loved was watching the artists work, and that seems to be increasingly not what the shows are about. When a former Jersey Shore cast member showed up on a recent NY Ink, that was pretty telling.

5. Who plays you in the movie about your life?

Good lord, I hope there’s never a movie of my life. Umm, I guess since I’ve been told – repeatedly – that I resemble Tina Fey, maybe her (I swear, it’s just the glasses, I really don’t look like her at all).

6. What is your favorite fast food meal?

I don’t eat fast food much anymore, but I used to be a sucker for fried chicken. In the Pacific Northwest, though, I’m all about Burgerville. Tillamook cheeseburger with the special sauce and a side of Walla Walla onion rings, please. Oh, and in Portland some of our best “fast food” comes from our food carts.

7. Best album to listen to with headphones on?

Wow, this is a tough one. I’m a singer (I used to sing in a rock band), so I prefer listening to music without headphones so I can sing along better – at the top of my lungs, in fact – and the lack of headphones means I can actually hear myself. I can’t think of a single album I’d prefer to listen to with headphones on, unless we’re talking about being on a plane or in other similar public places. I don’t sing on planes, I promise.

8. Give us your ideal dinner party: you and 4 others.

This could go lots of ways, but at the moment I’m going to say my “Eat, Drink, Snark” cohorts Melanie Waldman, Pam Mandel, and Christine Cantera (and yes, I know that’s only three others – you can use my spare guest for someone else’s 13 questions). We’ve often talked about how grand it would be to hang out in the same place at the same time, and I can’t think of a group I’d like more to sit around and talk with – for hours – than these ladies.

9. Aside from the basics (passport, ATM card, backpack), what three items are must-bring things for you on your trip?

10. Give us a really good, embarrassing pet peeve of yours.

My goodness, but you like to ask about embarrassing things, don’t you? You should talk to a psychologist about that. I’d be fascinated to know what that reveals about you.

Embarrassing pet peeve? I seriously can’t think of one I’m embarrassed by. I’m actually kind of vocal about them. (Shocking, I know.) I hate it when cars about to move into a turn lane brake in the regular lane and slow the flow of traffic, but I get over it about a nanosecond later. I hate it when a perfect summer afternoon is spoiled by some jackass wielding a leaf-blower or with no muffler on his motorcycle, but then the noise goes away. 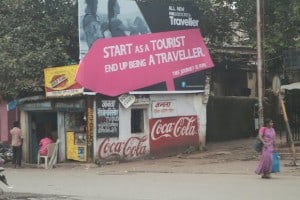 Oh, one I can’t seem to get over, and probably never will, is the stupid “traveler vs. tourist” argument. I’m sick to death of it, never want to hear it again, and often think less of people who vociferously argue for their side (it’s always the “traveler” side, of course). It’s all so unnecessary…

It’s not usually actors that make me steer clear of a film, it’s usually the genre. I can’t do horror (I was up half the night after watching The Sixth Sense, fergodsake), and I won’t often bother with movies like Something About Mary or Knocked Up (the humor annoys me nearly as much as the characters). Then again, when channel-surfing I’ll stop on any film in the Jason Bourne, Lord of the Rings, or Harry Potter series. So, y’know – take my movie opinions with the appropriate grain of salt.

Parenting. But only if my mom wins.

13. Give us your secret pizza location that you don’t normally tell anyone. Where is the best pizza in the world found?

I tell people about all of these, so they’re not secret, but my favorite pizza in Portland is at Ken’s Artisan Pizza or the Pyro Pizza food cart, and in Naples – the birthplace of pizza – I’m a Di Matteo girl. Perhaps the only location that’s not widely known is my kitchen. The husband is quite a pizzaiolo. I married well. 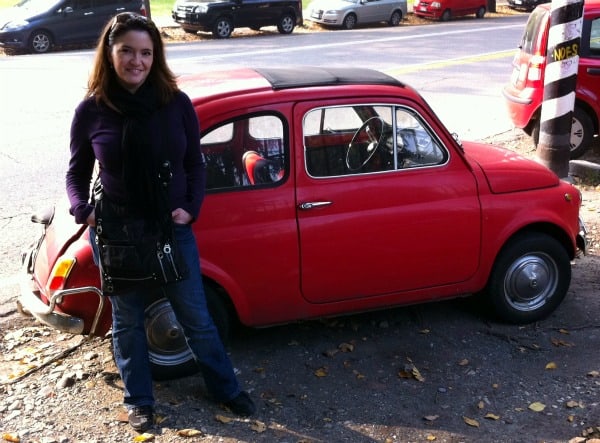 Sponsor announcement from Go, See, Write that is not endorsed or otherwise part of Jessica’s questions or answers: When in Italy, or elsewhere, make sure you get international travel insurance. I have traveled without it in the past, and it is a horrible idea. The risk of getting sick abroad on its own is one that you don’t want to run, without the insurance coverage to get back home.

Maximizing my musical enjoyment on the road

Pizza and pastries in Naples, Italy

A Day In Rome – What To Eat

6 thoughts on “Interview with Jessica Spiegel of Why Go Italy: Lucky 13 Questions”