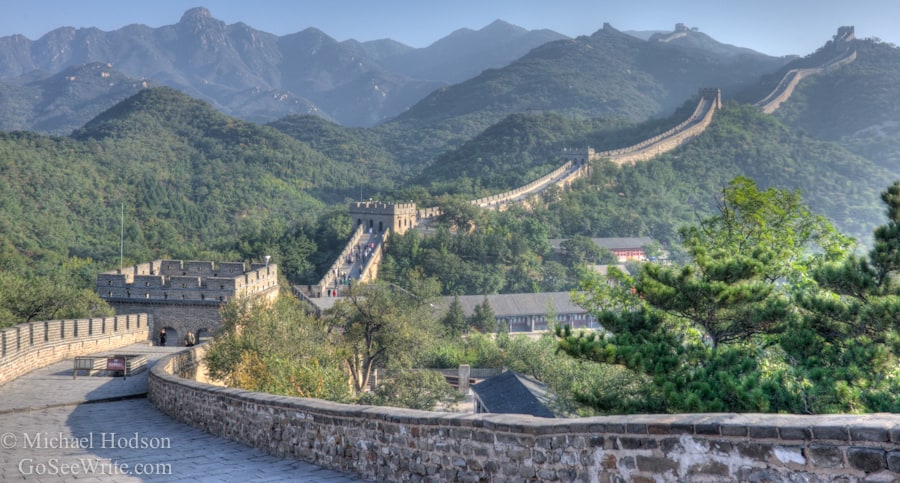 This time through China, I was in an even bigger rush than I was during my RTW trip back in 2009-10. Then, I managed to stay in Beijing, a city I surprisingly like, for almost a full week. This time, since we were in a bit of a rush to get to Saigon to finish the Ultimate Train Challenge, we only had the one full day to explore, after getting off the train at about 6 a.m.

Through the help of the wonderful folks at China Odyssey Tours, we managed to pack in a lot more in one day than I ever could have anticipated. They provided us a car, driver and guide for the day and we headed immediately, and sleepy eyed, from the train station up to the Great Wall of China. No time for the Forbidden Palace, this time, but I think I’ll be back yet again to enjoy their beauty and odd internal naming.

If you are going to do the Great Wall at any of the spots close to Beijing, you need to be prepared for the crush of tourists. Fortunately, our guide insisted that we head out there as quickly as possible and even better, directed us to a part of the wall where…. we were the only people around.

They sky in this area seems to be permanently shrouded by a haze of pollution, so I am not incredibly happy with my photographs, but when is the last time that you saw one of the main parts of the Great Wall empty of tourists?? 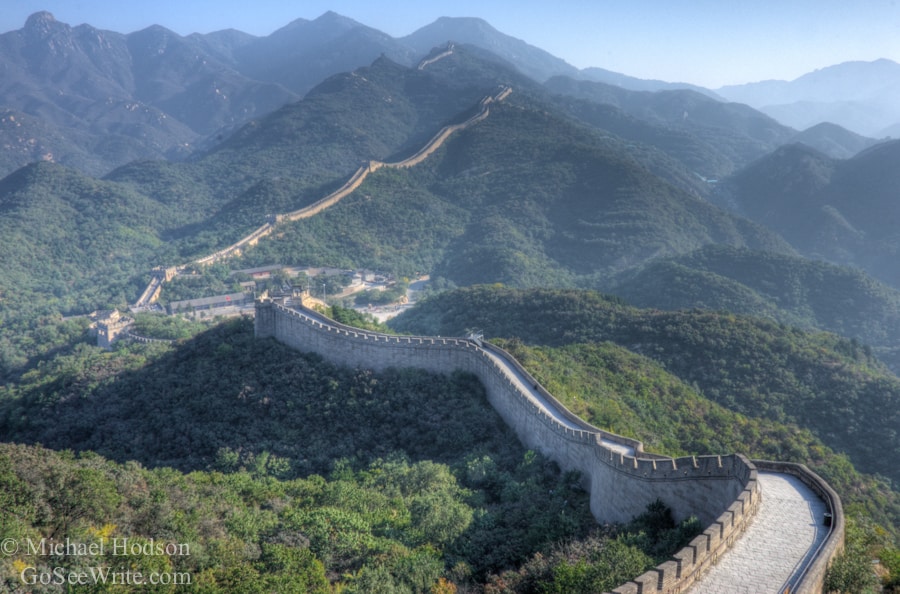 even at one single location, the scope and immensity of the whole wall impresses

even the graffiti on the Great Wall seems almost timeless… well, at least the Chinese graffiti 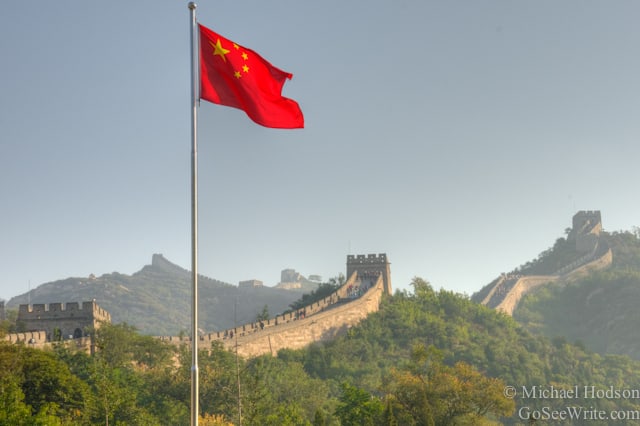 After the Great Wall, we headed to Ming’s Tombs, which is a pretty massive complex of… you guessed it. Tombs. Thirteen of the sixteen Ming Emperors are buried there (I dare you to name one without goggling it). The Sacred Way has a long series of pretty cool statues. All in all, not a bad spot. I wouldn’t recommend a whole separate trip there, but if you are hitting the Great Wall at the closest point to Beijing, it is on your way going or coming and well worth an hour’s stop. 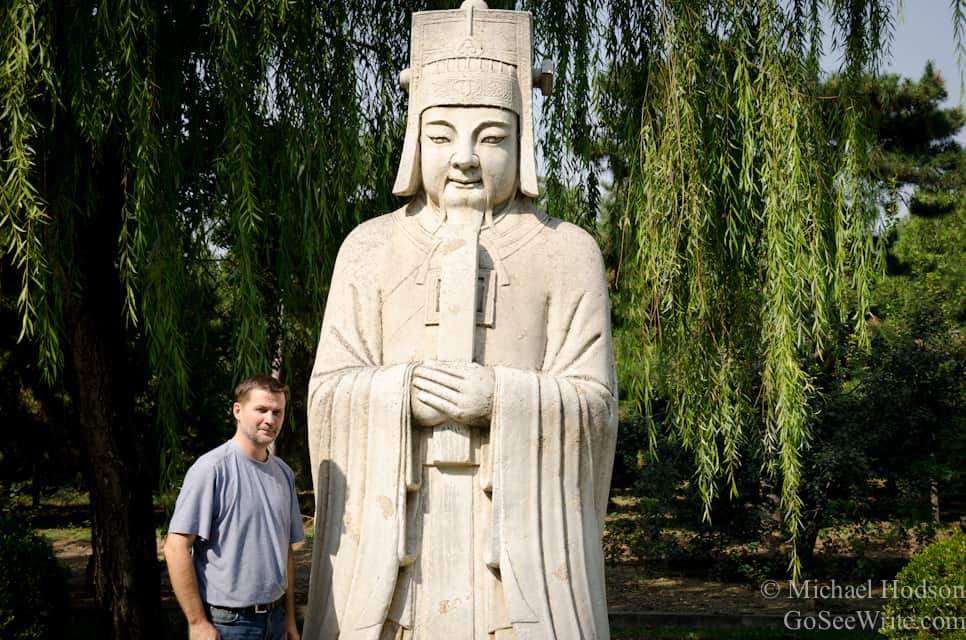 Some people complain I am never in any of my photos…. so… here’s me. 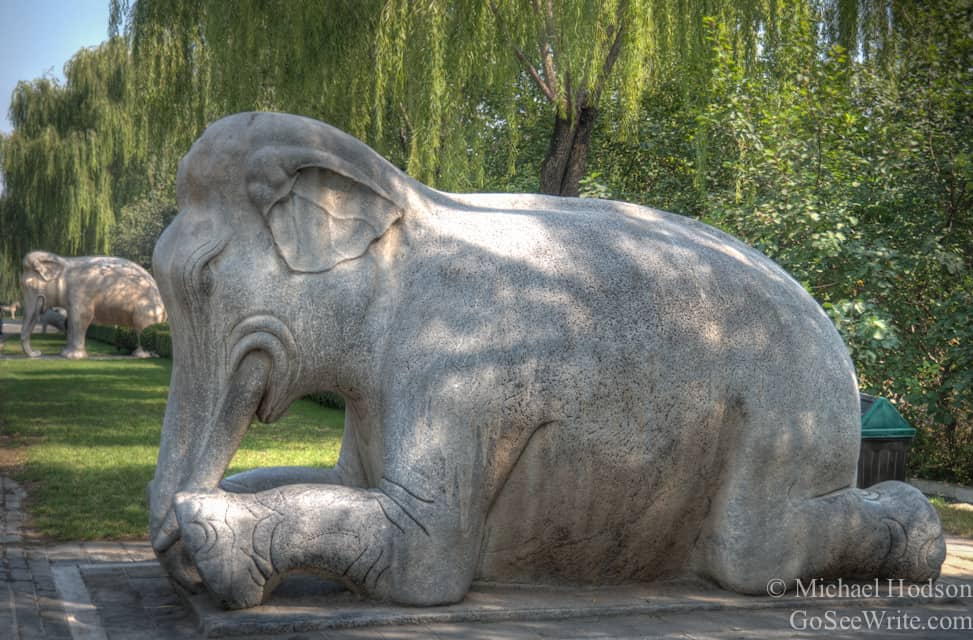 loads and loads of statues 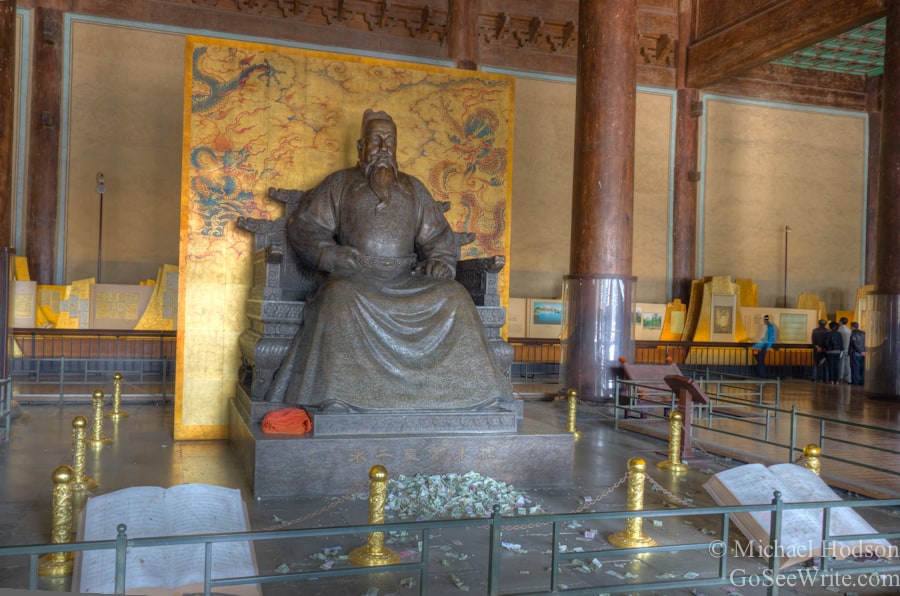 Emperor, statue, big building, you get the picture

After a long day, and many trains, but some great sightseeing, we all wanted just a few things.  A nice, non-moving bed to sleep in — thanks to our UTC sponsor Hostelbookers we got that at Happy Dragon Courtyard, which is in the cool, old part of Beijing that I like. And some dumplings…. which I proceeded to eat for the next three or four meals in a row.

An oasis amidst the chaos: Chinese garden in Vancouver