Dave was one of my first blogging mentors. I have picked his brain multiple times on so many topics that I think he fears seeing my name pop up his inbox these days.

I finally had a chance to meet him in person in his second home, Medellin, Colombia. Like him, it is a town that I quickly came to love, though I know it no where near as well as he does. In fact, in addition to his other, more general travel blog, he runs the best blog about that city, Medellin Living. It was an absolute blast hanging out with him in there and can’t wait to catch up with him down in Brazil for the World Cup in a couple years.

But you don’t need to wait anywhere near that long to get to know this very cool blogger better, so check out his website (well, one of them), Go Backpacking, follow him on Twitter, and enjoy his wonderful answers to the Lucky 13:

Somewhere in South America. I’ve had a blast living in Medellin, however I’m not so sure I’d want to be there in 20 years. I’m currently traveling the rest of South America to see if another city and culture speaks to me as strongly.

2 – I consider you the foremost expert on Colombia these days — other than Medellin, give us the top spot you’d advice people to visit there?

Cartagena, without a doubt. It’s hardly a secret, however the old walled city center is amongst the most romantic places I’ve ever visited. Plus, it’s a lot of fun to photograph, offers quality dining, hot and sweaty salsa clubs, and is generally safer than the other major cities in Colombia.

3 – most embarrassing thing on your iPod?

Old Weird Al Yankovic songs. He was one of the few musicians my family could agree on when I was younger, so we’d often listen to his tapes together in the car.

4 – Someone gave you $10,000 on the conditions that you spend it frivolously and not on travel. How do you spend it?

I’d try and arrange a dinner with Anthony Bourdain and a few close friends at a top New York City restaurant like Le Bernardin. I shudder to think of how picky an eater I’d still be if it weren’t for his books and TV shows.

5 – Give us the single biggest key to dancing salsa properly — and a photo would be welcomed. 😉 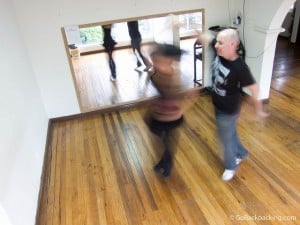 Feel the music. At least that’s the advice I’ve received from countless Colombian women since I started dancing in 2009. The idea behind the advice is to get out of your head, out of counting steps, and just have fun.

6 – Celebrity that you would most like to slap or berate in person.

Tiger Woods. If he couldn’t keep it in his pants, he shouldn’t have gotten married. Talk about a fall from grace.

7 – Person on Twitter you most look forward to finally meeting in person.

Pat Flynn from Smart Passive Income. When it comes to making money online, he’s one of the top dog’s, yet he seems so approachable and down to Earth.

England, and more specifically, London. I don’t get why so many people love that city.

9 – Who plays you in the movie about your life?

Matt Damon, on account of his work in the Bourne series. Truth is, my life as a mild-mannered travel blogger is just a cover… 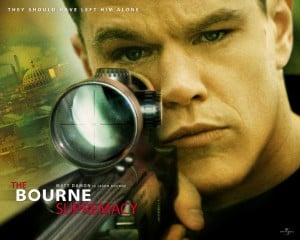 Chimba, which is slang for both “cool” as well as the female genitalia (depending on the context). Say “cara chimba” to be especially vulgar.

The Davalos twins and Daddy Yankee. I’m sure the conversation would be titillating.

13 – you are at the Pearly Gates, what question do you most fear from St. Peter?

Could you have done more to help others?

8 thoughts on “Interview with David Lee, a.k.a. @rtwDave, Lucky 13 Questions”