France is a place that I slightly have a hate/love relationship with. I do really enjoy parts of France and the scenery can be some of the most spectacular in the entire world.

The French people on the other hand….

Let’s just say that old line about France — “France is such a wonderful country and would be more so without the French” — is pretty spot-on in my estimation of things.

That being said, this part of France, the area around Nice breaks that mold nicely. 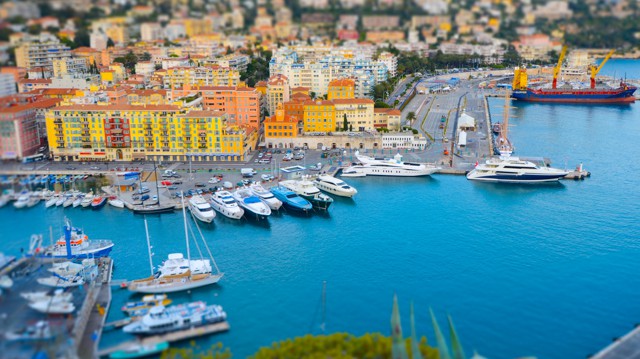 a view of the colorful Nice harbor, slightly tilt-shifted

In the spirit of poking a bit of fun at the French, because they deserve it:

“I would rather have a German division in front of me than a French one behind me.” —General George S. Patton

“Going to war without France is like going deer hunting without your accordion.” —Norman Schwartzkopf

How many Frenchmen does it take to change a light bulb?

One. He holds the bulb and all of Europe revolves around him.

“We can stand here like the French, or we can do something about it.” —Marge Simpson

Q: How many gears does a French tank have?
A: 4 reverse and 1 forward, in case the enemy attacks from the rear.

Q: How many Frenchmen does it take to defend Paris?
A: Nobody knows, it’s never been tried.

Q. Why don’t they have fireworks at Euro Disney?
A. Because every time they shoot them off, the French try to surrender.

beach is a bit rocky, but you have to love the color of that water

OK, now that I’ve gotten that bit of humor out of my system — though I may have to come back to this topic in a future post, let me talk about the cool hostels that I stayed in while I was there, thanks to the generosity of HostelBookers.

They have been really great to work with this year and I look forward to doing a lot more with them in the future. 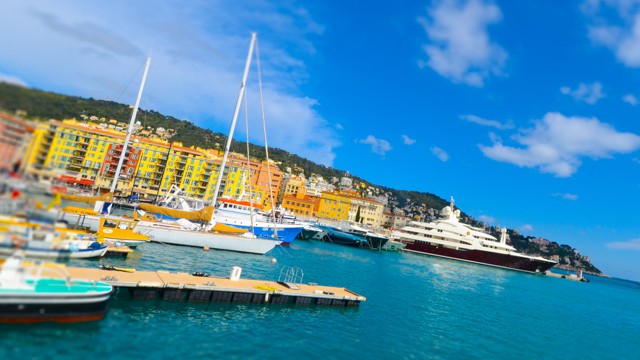 The Villa Saint Exupery Gardens was my home for about a week when I was there this summer. Its slightly away from the center of town, but that doesn’t mean that it lacks any fun or excitement. In fact, there was so much going on nightly at their Chapel Bar there that I had to head to town on some nights… just to get a break from all the action!

Aside from the bar, where I did spend a good bit of time, the staff there are amazingly friendly and the kitchen is one of the very best I have seen in any hostel in the world. You can not only do your cooking there, the hostel also has a very good chef that can whip up one of 5-6 choices each night for a very affordable dinner. It was an option that I took advantage of multiple times.

The free wifi is fast and reliable, which as you know is one of my prime motivations to stay any place these days. The rooms were clean and had bathrooms in-suite. That area of the hostel was very quiet, even when the action was still rocking along in the Chapel Bar. 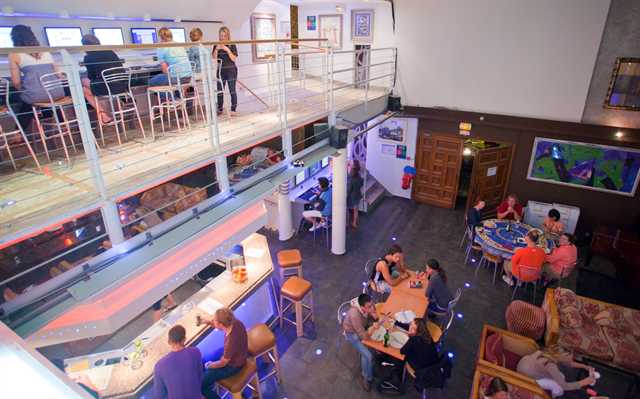 the Chapel Bar, a hub of activity nightly

The only issue with this hostel is its location. As I said, it is not in the center of town (I later stayed at their other location in the middle of town, Villa Saint Exupery Beach, and loved it), so you need to take both a tram and a free van from the hostel that comes and picks people up at the tram station. It wasn’t a problem at all, but you just need to be aware of that before you stay.

All in all, I had a great time at both of their locations. Everyone was knowledgeable and helpful. The breakfasts were good. And though I have had more than my fair share of problems with the French, in this particular part of France, down on the coast, I have had nothing but good times.

Perhaps its the sea water. Or the amazing light.

A Day Trip In France – Saintes and Saint-Jean-d’Angély

6 thoughts on “Nice, France is a Pretty Nice Kinda Place”