One of the early highlights of my round-the-world trip that began in 2008 was when I left Austin, Texas for my first overnight bus ride to Mexico City. On the way to the bus station, I dropped my Blackberry cell phone into the mail back home.

I’d been a lawyer for 10 years, absurdly glued to my cell phone in every waking moment. The annoying person who typed away email and text messages at dinner? That was me. Wake up in the middle of the night to go to the bathroom? Check the phone on the bedside stand before solving the problem that awoke me. It took me approximately two and a half months to stop reflexively reaching into my pants pocket when I heard the tell-tale Blackberry sound for a text message or email. It was a Pavlov’s dog reflex that still makes me shudder when I think about it.

My travels from December of 2008 until September of 2012 took me to six continents and over fifty-five countries. All without ever using a cell phone. It was one of the things I was oddly most proud of and one of the things that mystified others in causal conversations on the road.

You don’t have a phone?? 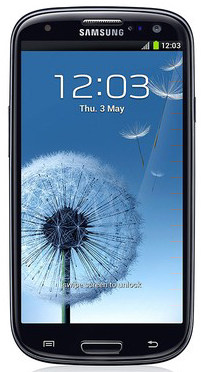 That all changed a few months ago, when the folks at Samsung gave me a Samsung GalaxySIII to test out, use and review. I had to think about it for a few weeks, but in the end, I decided to dive back into the world of being connected, mainly because it looks like I am going to be making a career out of writing and traveling and frankly, I need to be in touch with the world a bit more.

I’m only half happy about that.

When I was telling someone the story about getting it, I pointed to the top of the phone and said “I don’t even know what this thing is for.” The person I was talking to pulled their phone out, put it up to their ear and said, “ummmm, that’s how you hear people talking to you.”

It had been a long time since I’d used a phone.

All that being said, I still hate talking on the phone. After ten years of practicing law and having to talk to clients, judges, lawyers, witnesses and more on dozens upon dozens of phone calls every day, I will be happy if I make or get no more than a small handful of calls ever on this new phone. I have no desire to use it as a phone at all, but I must admit that the data capabilities now re-opened to me put me on the verge of giddiness on a much too frequent basis.

This phone has changed my life — perhaps not all for the better, but in terms of it being a tool for travel and work, I’m sold.

So here we are — I’m on board. I love my GalaxySIII. I’ve had a blast this month promoting it on Twitter and Instagram with the #GalaxyTraveler hashtag.

Maps and Navigation: This is making me way, way too lazy, but the ability to just plug in your destination on Google Maps and then have step by step navigation to get you there… its nice. I love maps, but man, this is cool.

Email and Twitter on the move: I know this sounds absurdly basic, but bear with me, I haven’t had a phone in a while. The ability to plug a cheap SIM card into the phone and deal with some of the basics of social media while sitting at dinner or on a bus is truly revolutionary for me.

Smart Stay: This is partly creepy, but more just cool. The phone actually tracks your eye movement (via the facing you camera) and keeps the display bright as long as you are reading. No need to swip the screen every 10-15 seconds to keep the brightness up. 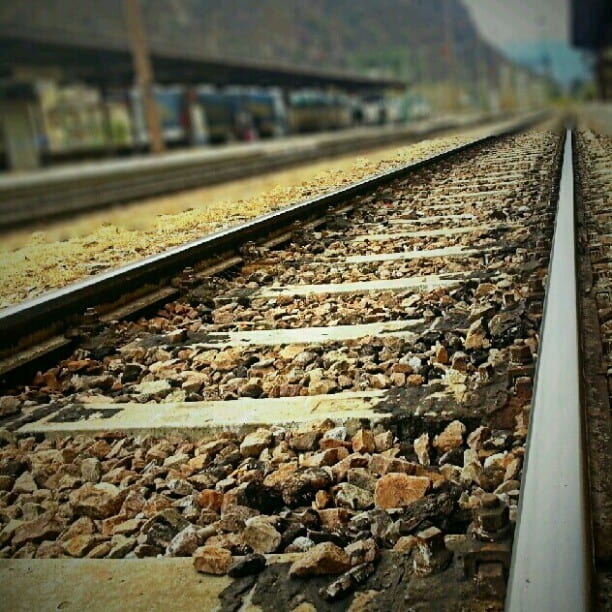 taken today and entirely edited on the phone

Pop-Up Play: Personally, I have the strong belief that multitasking is incredibly unproductive, but it is nice to be able to do things like reply to a quick text or email while still being able to watch the video you are on, without having to switch back and forth.

Panoramic shooting: I haven’t taken my Nikon D7000 out of my bag one time in the last two months. One thing that I haven’t figured out how to do properly on my DSLR is panoramic shots. GalaxySIII to the rescue. There is no special app required to shoot the super-wide, panoramic style — you just use the regular camera app on a different setting. Unbelievably easy.

My first effort with the panorama option — still learning

The screen: O’ my, the screen. The GalaxySIII comes with a 4.8in. 720-by-1,280-pixel Super AMOLED screen. Its big. Really big. And I’ve gotta say in this area — size does matter. The large screen and great resolution allows you to do some fantastic photo editing right on the phone (and my great readers, I am still looking for more suggestions for good Android phone apps to test out, so please suggest them in the comments). Its obviously also a great device to watch video on and in a development that I did not expect, I now use it instead of my Kindle to read on, using the free Kindle app you can find in the Google Play app store. I’ll be retiring my Kindle entirely when I get home in December, saving a good bit of room in my backpack.

The worst interview question ever is “so, tell me your weaknesses as an employee.” The typical answers are in line with “I work way too hard and need to find more balance for my personal life.” Or perhaps “I’m much too detail oriented and insist that every work project I start has to be perfect.”

The biggest weakness of this phone?

The magnificant screen is too big

Well, its actually not too big. I quite love it. But there is a serious downside to the large screen size — and no, not the “its too big to fit in my pocket” complaint I have heard a few times. If you are traveling and wearing pants with pockets that small… you have a bigger travel problem than your cell phone. You need to learn the value of comfortable clothing.

Its time for an embarrassing admission. I broke my phone before I ever used it. Yep, you read that right.

I picked up my phone from the PR company’s office in London that Navigate Media Group is working with on this particular project. We went over some of the concepts wanted to work on this month. They showed me my phone and some basic features. I joked with that about it being my first phone since 2008. I threw it in my electronics backpack, got on a plane to Portugal, checked in at my hostel and pulled it out to use it the first time.

And the screen was broken.

Let me be clear about this — I am an idiot. Its not the first time I’ve been an idiot with expensive electronics — you might recall that I dropped my camera out a three story window earlier this year.

I’d just gotten a very expensive piece of electronics (an unlocked GalaxySIII retails for about $650 or so) and then didn’t even bother to put the protective cover on it before throwing it into my backpack. Looking back, I’m not remotely sure what I was thinking. I’d like to blame it on the fact I was way under the weather, or perhaps even just blame it on the weather, since the cold had gotten be depressed. But there really is no excuse at all. I was just a moron.

One big thing to know about this wonderful phone is that is it not cheap to replace the screen. I priced it at a couple places in Portugal and Spain and it was close to $200 to get a new screen (Samsung was kind enough to replace my entire phone a few weeks later in London). Bottom line — you’ve just spent a good deal of money for this phone, take care of it. Its a piece of electronics and although no fragile by any means, its not bulletproof. Aside from the phone, the best money you are going to spend is the money to buy the best protective case you can find for it.

The downside to the huge screen size is basic physics. The larger screen size means there is more surface area and surface tension in the screen and that means there is more possibility for breakage. Looking at the pattern of the cracks on my phone, it looked like the initial cracks occured when the side of the phone banged into something in my bag.

In my case, the broken phone was entirely my fault. I simply didn’t take enough care of it and respect the fact that it is not indestructable. But it is also a cautionary tale that I want everything to think about, if they are considering this phone. It isn’t a cheap investment — protect it.

Thanks to Samsung for sponsoring a few of my activities recently in South Tyrol, Italy (which you will be reading about soon) and gifting me a Samsung Galaxy SIII. All views expressed here are my own honest opinions, and do not reflect the views of Samsung.

My new travel gear. Much to get excited about.