We had not been to Montreal in over a decade, which is why we decided to turn a day trip for a trade show into an overnight micro-vacation. 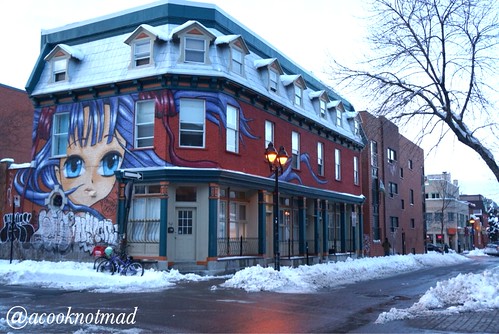 We made reservations at a restaurant we had wanted to try since it opened in 2001.  The first thing Tim said when he found out about Au Pied de Cochon (PDC) and its eccentric owner Martin Picard was “I would love to be doing that, it’s real cooking”.

When we were in Whistler, years later, we bought Picard’s cookbook (including a dvd) and whet our appetite for the place.  There’s a section in the book where he talks about how foragers used to bring him wild mushrooms all the time and he pondered as to why there weren’t any knocking on his door anymore.  Being in pine mushroom heaven at the time we decided to pick some and send them FedEx in response to his question and to let chef Picard savour this exclusively West Coast fungus.  In return, Tim received a PDC t-shirt in the mail which has since been worn from wear.  It was great to see that Chef Picard remembered the package as we recounted the story and shared a laugh.
Over the years we had heard mixed reviews about the restaurant, from being overrated to being a not to be missed culinary destination, but none of it could sway our decision of venturing out on a snowy winter’s night.
Au Pied de Cochon is of manageable size with a long bar and mirrors along the back wall.  Its warm and cozy ambiance a cross between a French brasserie and a bistro.  On this cold night in early March it was packed. 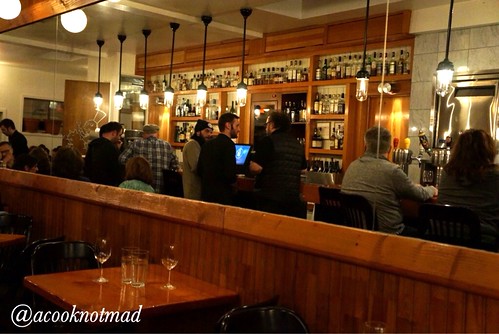 Vegans beware, the menu is a fairy tale written for meat lovers.  Sitting at the bar we had front row seats to watch many of the dishes being put together.  At one end of the kitchen a cook was tending to a wood burning oven riffling in pans of poultry and fish while, in front of us, two cooks worked the stove reducing veal stocks to sauces and braising huge chunks of pork.  Another toque clad cook was crisping French fries in a fryer filled with duck fat and amongst them all, the sous chef wound her way back and forth through the kitchen overseeing each plate and tasting everything to make sure it was delicious.  Foie gras is used like butter in this kitchen and it is rumoured that they use the most in North America.

Our waiter rhymed off 6 or seven specials including barbecued chicken wings, which were sold out before we had time to order.  A maple flavoured beer made especially for the restaurant was a perfect match to the dishes we ordered.  Seeing the size of the plates coming out of the kitchen, we decided to share a couple of dishes. 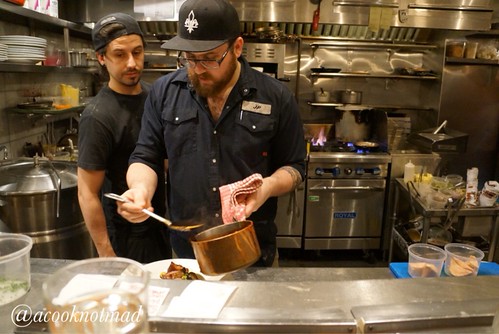 The view from the bar

We started with bison tongue in tarragon sauce.  With meat so tender you could cut it with your fork and the sauce, creamy with a little tang of vinegar and full of tarragon flavour. 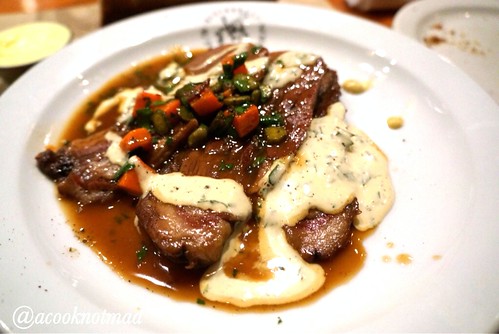 For the main course we opted for the restaurant’s namesake, Pied de Cochon, deciding to go whole hog and get the one stuffed with foie gras.
That first bite transported me (Nat) back to the 70’s and one of my most vivid food memories.  I must have been around 7, standing on a chair next to the stove and stirring a big pot of “ragout de pattes de cochon”.  It was one of the dishes my mother would make during the Christmas holidays. It looked a bit gruesome but was so delicious.

Back at PDC, our lips sticky from the rich sauce and tender morsels of meat coming off the bone was decadent enough but it was the slab of foie gras and perfect, cheesy mashed potatoes that brought it to a whole other level of overindulgence. 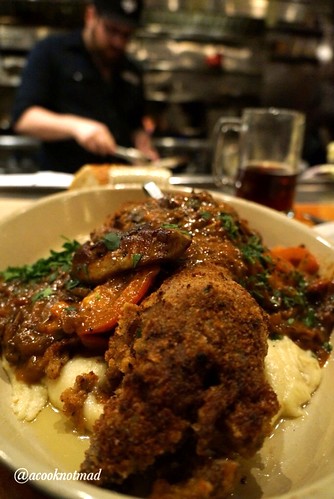 Absolutely stuffed,  the chilly twenty minute walk back to the hotel was a welcome antidote to the meat sweats we were experiencing.

In our humble opinion, Chef Martin Picard’s Au Pied de Cochon is worth a visit.  This maverick chef has an unwavering vision that embodies all that is Quebecois.

If you ever find yourself in Montreal, do yourself a favour, find your spot at the bar and be witness to the madness. 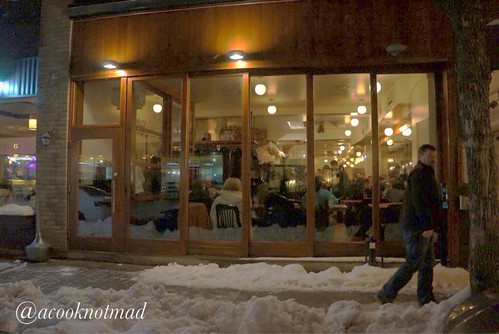 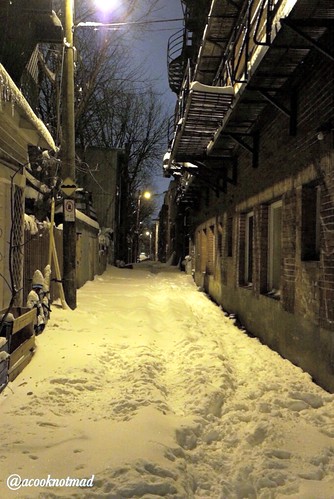 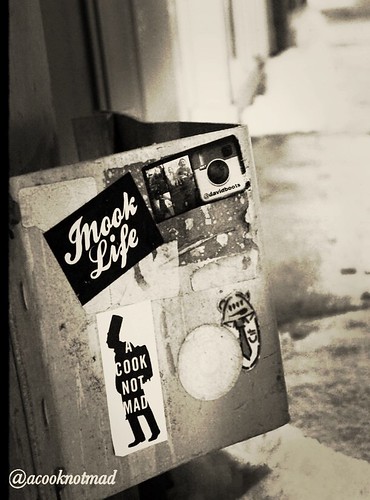 Explore The Wonderful Outdoors Of Montreal

A Cook Not What? An introduction to @acooknotmad