I’m writing this from the passenger seat of my mother’s car, which she was lovely enough to loan me, on day six of my current bit of travel craziness, which means this post is about six days late, but I hope you’ll accept my apologies, since I haven’t updated you here since I announced this trip.

A travel buddy of mine and I are currently in the midst of another one of my travel challenges – all lower 48 states in the U.S., done in merely 38 days, in winter, just to toss that extra challenge on top.

Here was the map of our original route, which has already changed a fair bit in the first week. 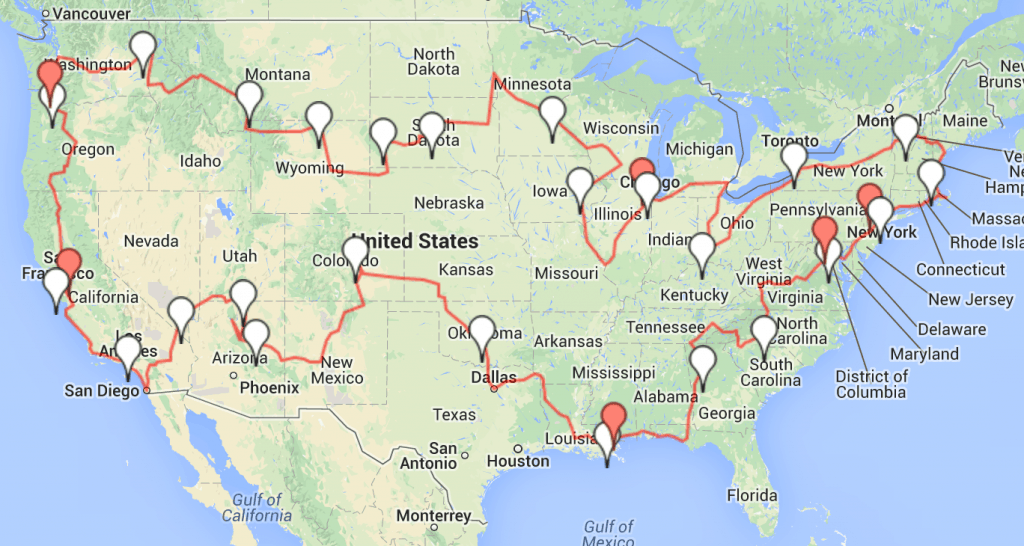 So far, we’ve met Elvis in Vegas, see the sun set over Horseshoe Bend and rise over the Grand Canyon in Arizona, talked to some great locals in Santa Fe in New Mexico, and I just saw the sun rise on the colorful rocks of the Garden of the Gods in Colorado. 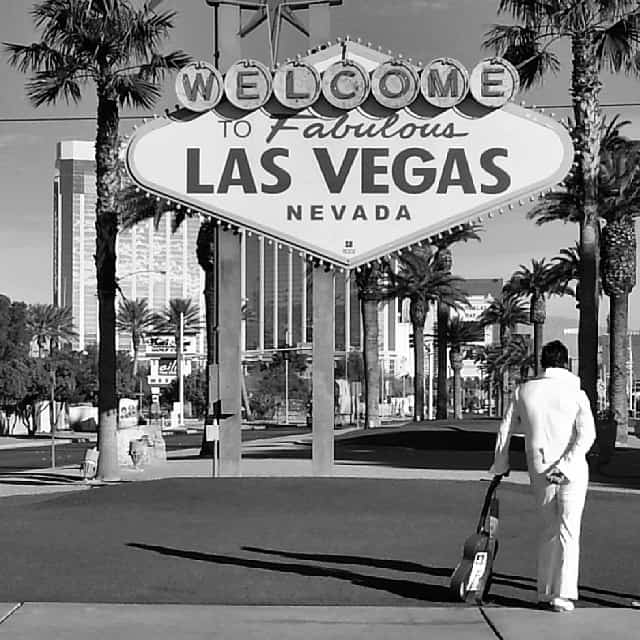 This moment, we are approaching the Nebraska border, a state we’ll only be in a short bit of time before getting into Kansas, on our way down to an unexpected stop on the trip, my old home town of Fayetteville, Arkansas.

The reason we’ve changed up the route this early, getting up further north now than we intended, was that a “once-in-a-generation storm” is hitting the Deep South right now.  I’ve lived most of my adult life in the Deep South and although there is a long list of great things about that part of the world – their ability to deal with winter weather isn’t on the list. 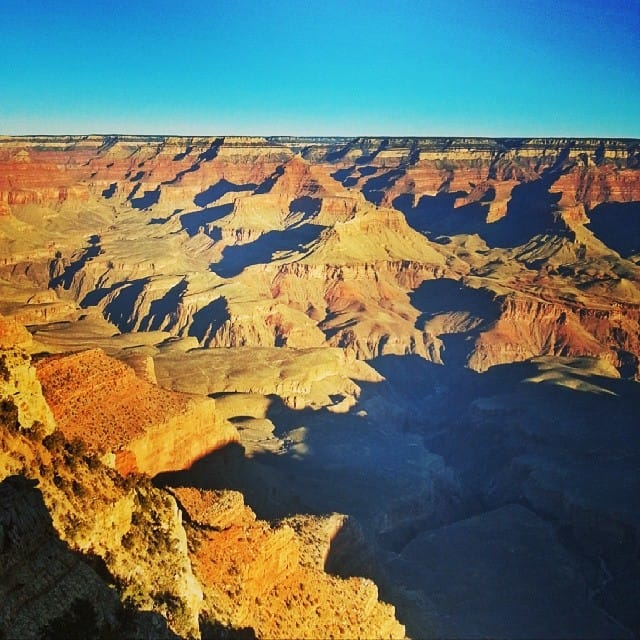 Sunrise over the Grand Canyon

So, we slightly rerouted north, to knock out Nebraska now, instead of a few weeks down the road, and delaying our entry into Louisiana and the storm zone by a day or so, hopefully by which things will be cleared up and back to normal.

And like I said, the added bonus was that this route takes us into Arkansas up in the northwest, where my old home base is. Tonight I’ll be hanging out with friends I haven’t seen in about two years. It will be a very brief stop, as we’ve got to hit the road tomorrow morning for the long drive to New Orleans, but this is a night I’m quite looking forward to, perhaps because of its unexpected nature, but more likely because there’s nothing like seeing friendly faces you haven’t seen for far too long.

As to the rest of the trip, hopefully you’ll just join us in hoping that there won’t be another “polar vortex” in the north, like there was last month, or another “once-in-a-generation storm” somewhere along the route. 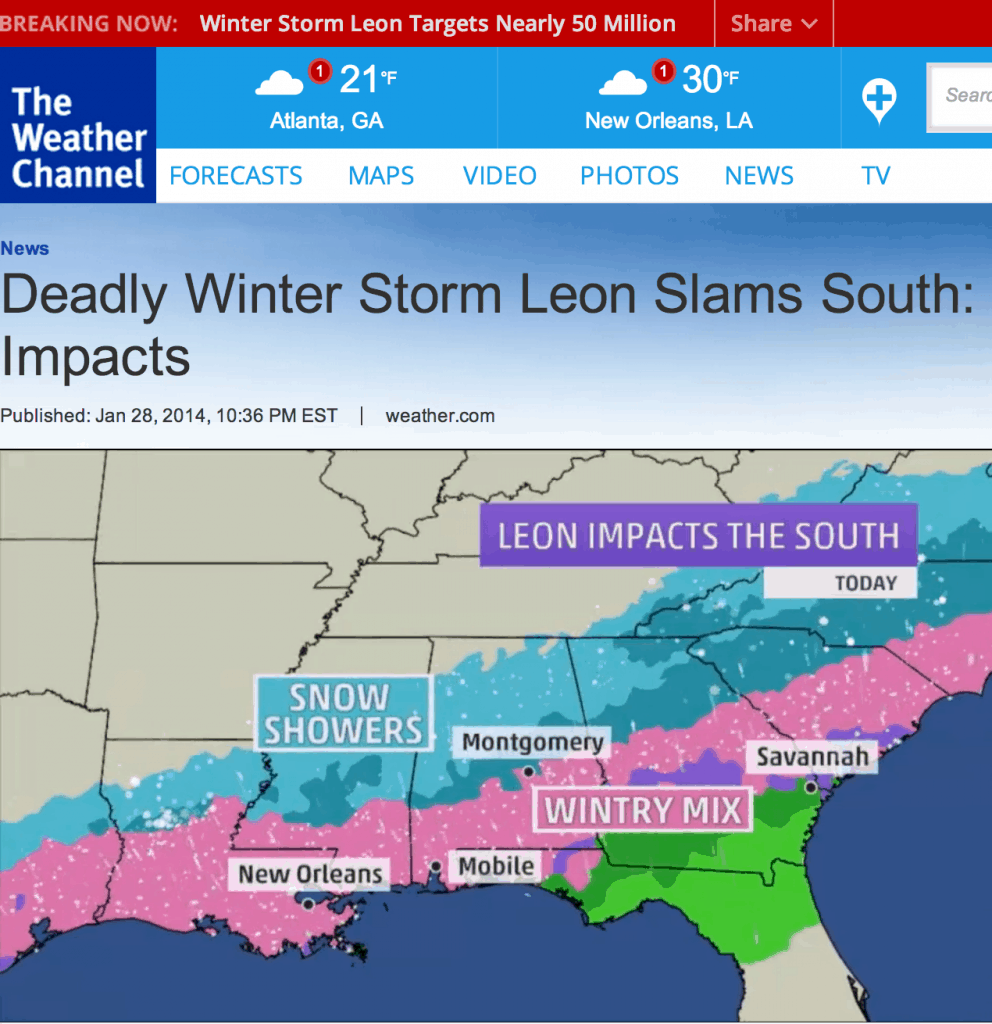 It is only one week into this grand driving adventure around the USA, one week into the roughly 13,000 miles we’ll be driving in 38 days, but right now, I’m supremely confident this will be another travel challenge I can meet and conquer.

And I already have the next big travel challenge forming up in my head for later this year….