In this day and age of healthy eating and weight watching, the last thing most of us would think of ingesting is lard. But there is a small Italian town in the Apuan Alps where lard is revered. 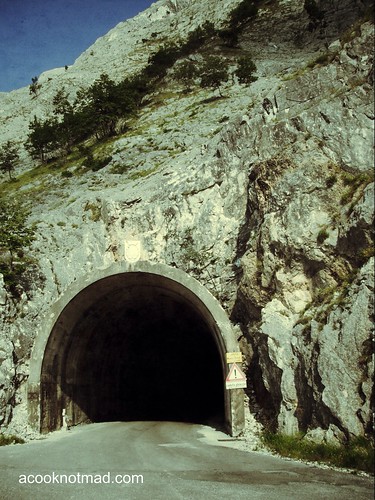 Colonnata is a hamlet or “frazione” of Carrara, established in 40 BC. Its name comes from the fact that it was born as a colony and inhabited by quarry workers. In the middle of town is a memorial (made of marble of course) dedicated to these workers.  I’m not sure what the population was those thousands of years ago, but today it’s about 300. 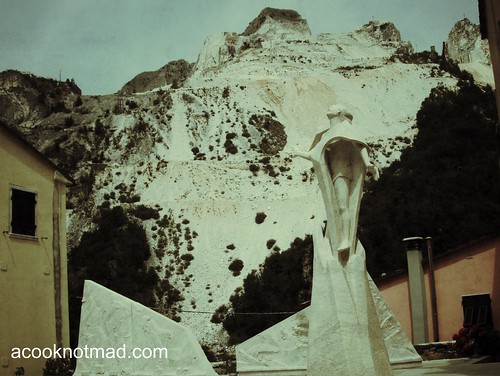 In this village, lardo, like other Italian delicacies, is made with few ingredients and a lot of love and pride. Fatbacks are layered with salt, rosemary, garlic and other herbs and spices and cured for months in tubs, called “conca”, made of – you guessed it – local marble. They’ve been making it this way since Roman times. 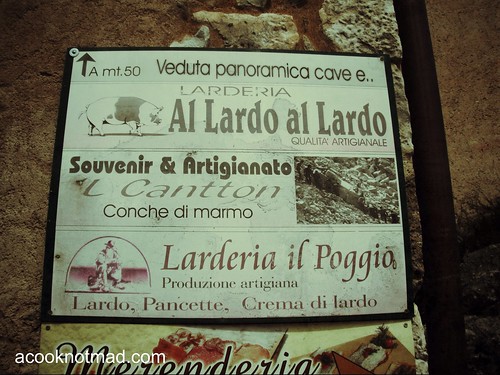 Years ago it was considered a peasant food in Italy and was prepared into sandwiches by cutting it into thin slices and serving it with tomato on rustic bread. Quarrymen would eat it for lunch as it helped give them the energy needed to work long hours in the marble quarries. Whether it’s legend or reality, it is said that ounce per ounce it is lower in cholesterol than butter and has fewer calories than olive oil. 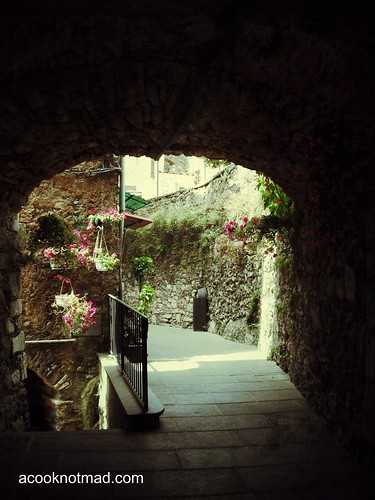 These days, food lovers from all over the world flock to this tiny town to discover this fatty antipasto. Stateside, it is served by some of the best chefs, including Mario Batali, who serves it on a pizza at Otto’s. 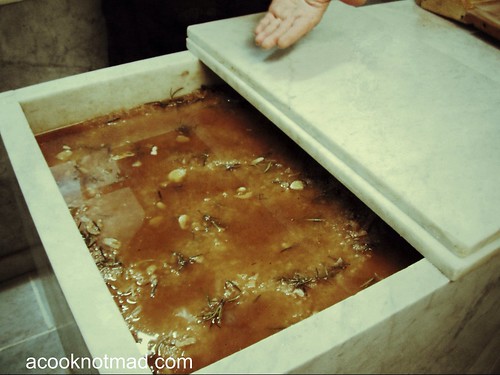 On our last trip there, it was difficult to decide which larderia to visit since there are so many to choose from.  We tasted it on its own with bread and also tried it cooked, first wrapping it around a pork loin.  Both were good but definitely not for everyone, or as some would say, an acquired taste. 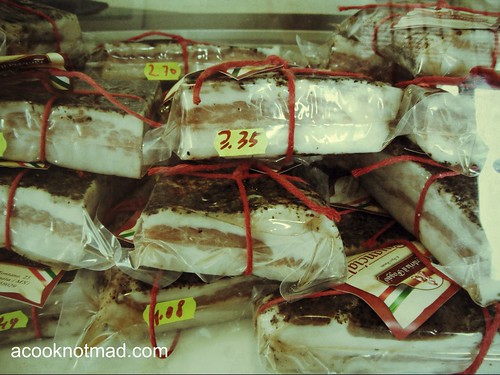 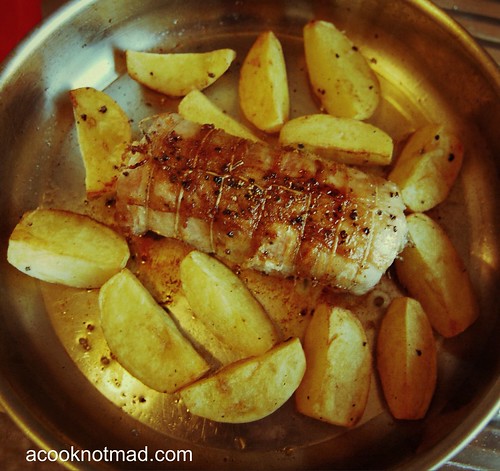 Have you tried Lardo? If not, would you try it?

Want to see what else we’ve been up to? Check out our Facebook Page and Twitter feed.