South America is a complicated continent. Filled to the brim with mountains, markets, roast guinea pigs and shoddy internet connections, a lot of travelers find themselves a little overwhelmed when they first arrive.

But after a year of traveling through South America, I don’t have any intention of leaving the continent just yet. How could I, when I’ve had the opportunity to talk to witches in Bolivia, to work on a mountainside building site in Brazil, to teach English to Ecuadorian teenagers and to build giant Jenga towers in Colombian favelas? 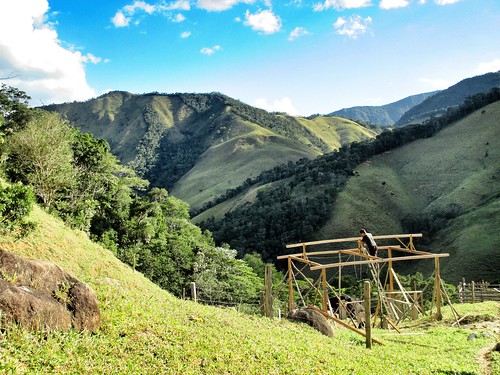 It’s easy to predict the standard tips for traveling in South America: learning the language, shopping locally, getting off the beaten track. But the last year here has taught me a number of different things that only come with experience.

Simply put, South America has opened my eyes and fundamentally changed the way I travel.

1. Learning more than ‘please’ and ‘thank you’ goes a long way

Most countries in South America use Spanish as their national language, and it’s a travel luxury I haven’t often experienced to cross borders and still speak the same words. I always knew I wanted to learn as much Spanish as I could while traveling here, but it’s still come as a surprise to see how good my handle on the language is after a year. 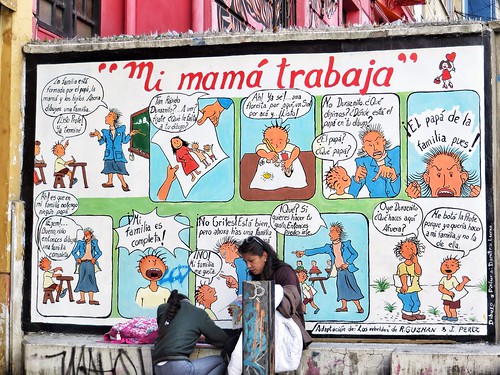 Everyone knows the standard rule: in order to get by in a foreign country, you learn the basics of the local language. Hello, goodbye, please, thank you, and a few other necessary phrases that will help with day to day interaction. But if you make a significant attempt to really learn that same language, the difference is like night and day.

I’ve run into so many expats in South America who haven’t made the slightest effort to learn Spanish beyond those initial phrases, and although they’re clearly happy with their decision, I always feel like they could gain so much more if they just made Spanish more of a priority in their lives. 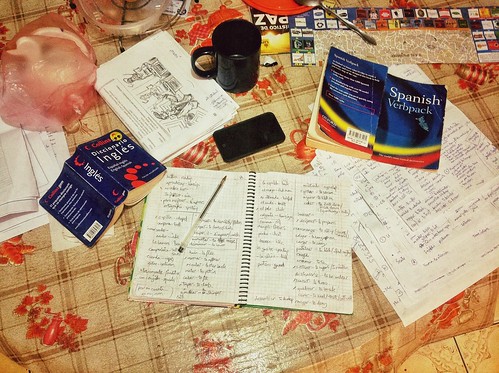 Spending the last year speaking Spanish on a daily basis and actively engaging in conversation with locals has put my language skills at a level I’m more than happy with; not yet fluent, but more than adequate enough to converse comfortably.

Of course it’s not an easy task: language learning requires time and dedication, and depending on the language itself it may prove a massive struggle (I get the impression Spanish is a lot easier to learn than Russian or Arabic). But as a result of this trip, language will always be a much higher priority for me when preparing to travel somewhere than it’s been before.

2. Copy the locals, get knocked down, do it again

Adopting local customs when traveling is recommended for good reason: you’re more likely to eat the most interesting dishes in the weirdest places, stay in bizarre locations and have some unforgettable experiences in the process.

What South America has taught me consistently, though, is that when you get knocked down (which almost inevitably happens), you have to get back up and do it all again. 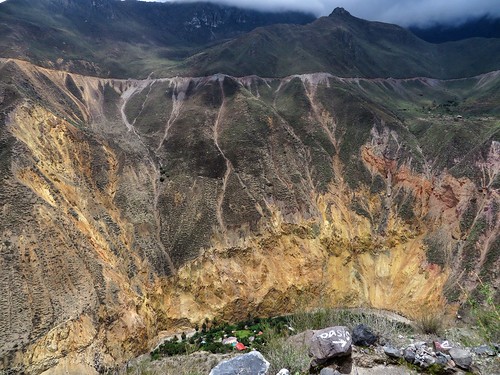 So you got rather violently sick from eating that suspicious-tasting ceviche in a Peruvian market? Ok, maybe don’t eat at the same stall again, but definitely don’t cut out South American markets from your dining options.

Had a horrific bus journey (or ten) in Bolivia? Don’t start exclusively taking internal flights; just do more research on the better bus companies, fork out a bit more cash for a comfier seat, and get a more trustworthy driver. 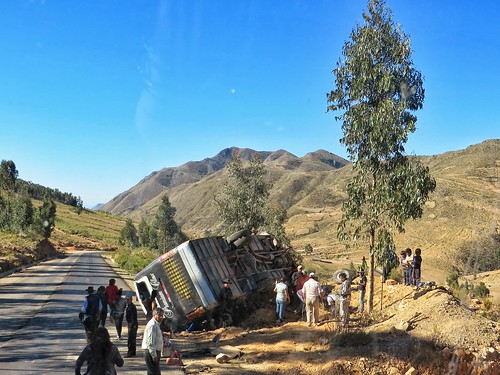 In the same way that getting sick is the only way to strengthen your stomach against foreign germs, often the best way to get to grips with a country is to throw yourself at the mercy of it all.

Plus the misadventures that kick you the most often end up being the most story-worthy at the end of your trip.

3. Conversation is more crucial than a camera

When I traveled through Asia two years ago I was much less attached to the internet and more to my camera, snapping shots of people, animals, landscapes and countless bits of crumbling architecture. And doors. So many doors. 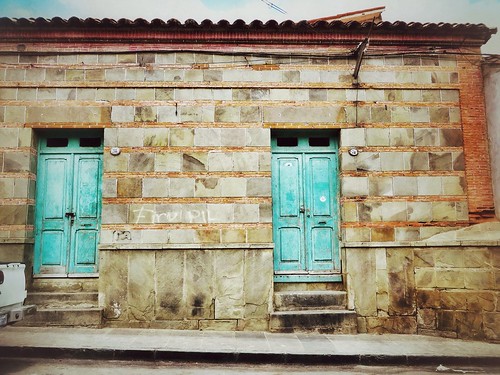 This time around in South America, I’ve made a switch. I spend infinitely longer online, my evenings filled with blog work, email responses and scheduling posts for Facebook, but my camera has taken something of a backseat.

This isn’t because there’s a lack of subject matter to photograph here: in fact, it’s just the opposite. But more and more often now, I find myself exulting in the ability to explore my surroundings without feeling the need to record every second of it. Once I hold a screen between me and the world ahead, something of the experience gets lost. 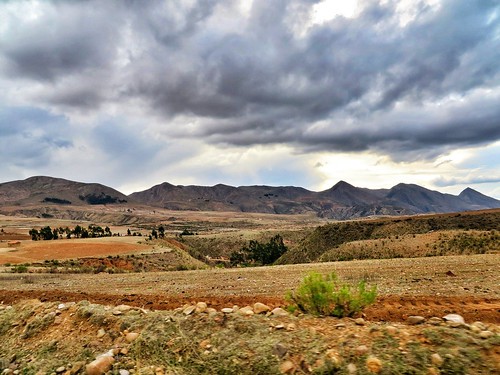 Base line? Technology can get in the way of travel. Although I spend a lot of time keeping my site and various social media channels in order, it’s a struggle to keep the balance between focusing on my readership and actually enjoying the experience of travel. It’s made me more overtly aware that sometimes disconnecting is totally the best medicine – and we should all try to do it more often.

South America has long had the reputation of being seriously unsafe, but in over a year of travel I haven’t once had any significant problems. I put it down to keeping constant vigilance over my personal property, various methods I’ve adopted as a result of many years of traveling – and a bit of sheer luck. 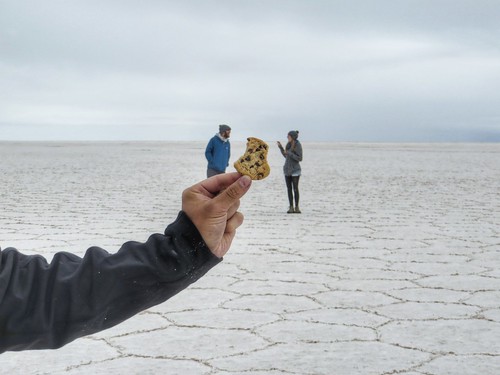 You know how I mentioned learning Spanish was seriously useful for South America? That’s because, in terms of safety at least, speaking English is a massive no-no.

El Alto market, just above La Paz, Bolivia, is known to be one of the most dangerous markets in South America. So what did I do while walking around the market to pick up supplies with some Bolivian friends? I kept my bag on my front, tucked my wallet into my bra and made absolutely sure I didn’t utter a single word in English.

Strangely enough, a lot of the typical “you look like a tourist” behaviour is actually used by many locals in South America. A great many people throughout the continent wear their backpacks on their chests, clutch their bags tightly under armpits, and barely keep anything of value in their trouser pockets. 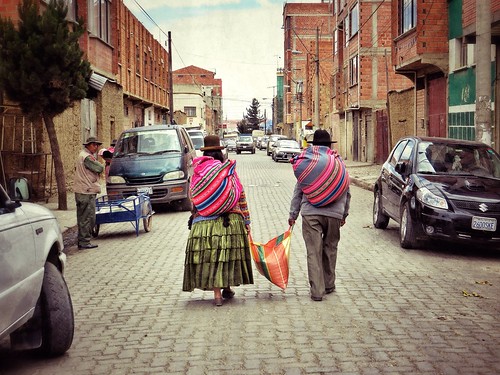 It’s not like they’re expecting to get pickpocketed, but it helps to minimise the impact if any attempt is made. I try to do the same in any situation I don’t quite trust – like creating complex padlocking systems on bus journeys between my bag zips and any useful metal bus parts.

When I arrive at a hostel, I immediately find out where the nearest locker is, place all the possessions I regard as valuable inside, and padlock it shut. Sadly, keeping all your valuables in a daypack and then padlocking it isn’t enough; I met a girl who’d done just that in Argentina, leaving her daypack on her dorm bed and going out. When she came back, the bag itself had been swiped, and she’d lost everything – passport, credit cards, iPhone, computer. It was a nightmare of paperwork and weeks of effort to replace everything.

So I say embrace the bumbags and the money wallets hiding under your trousers, carry at least two padlocks wherever you travel, and feel no shame in demanding the location of the lockers in your hostel. It never hurts to be over cautious – and the one time you’re more lax with your safety measures is usually when something goes wrong.

5. Pushing yourself isn’t always fun, but it’s usually always worth it

I don’t do well with heights. I don’t do wonderfully with steep drops either – or narrow spaces, or the possibility of falling.

So why, then, did I hike to the bottom of the deepest canyon in the world and climb back up again? Why did I spend three hours in a very dark series of caves in southern Peru, snorkel above schools of sharks in Ecuador, and live on the side of a mountain in Brazil? 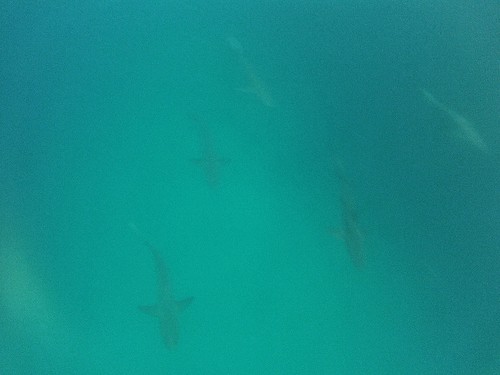 South America is a haven for adventure activities, and even though I’m a total wimp with a lot of that type of thing, I ultimately couldn’t face the idea that I was missing out on so much. Half the time I made myself think about the writing opportunity that the activity would offer – but I also felt like I needed to challenge myself. 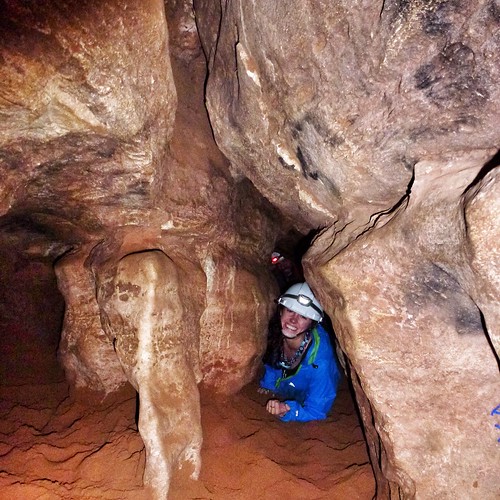 And would you believe it? Getting out of my comfort zone has provided me with some of the most memorable moments of my year. And strangely enough, the panting, sweating and heart palpitations aren’t quite as memorable as the sense of achievement when I finally finished.

South America – a place of adventure, drama and inspiration

Most of all, I’ve found this continent to be inspiring on so many levels. Adopting a certain sense of trust in the way things will probably work out, and giving opportunities the chance to present themselves to me has resulted in so much. I’ve become a risk taker in more than just my fears of heights and falling. I’ve met a Colombian stranger on the beach and lived in his Bogotá flat months later; lived with a Bolivian family in a pueblo of two hundred people without running water; and trusted a shaman enough to take part in an ayahuasca ceremony.

South America has taught me to trust my instincts in a way that no other place has. And for that, I’m more than happy to still be here for a second year. Because if I’m still enjoying myself this much a year later, I must be doing something right.

South America: 6 Things to know before you go