A city with a pulse

My father (Nat) grew up in Montreal during the 1930s and ’40s. I can only imagine what it was like back then, during the Great Depression and the beginning of WWII.

These days, Montreal is a city with a pulse; with nightlife and an art scene.  A food lover’s paradise with up-and-coming chefs plating some epic meals.  It’s a city I love to visit but never felt the urge to move to. 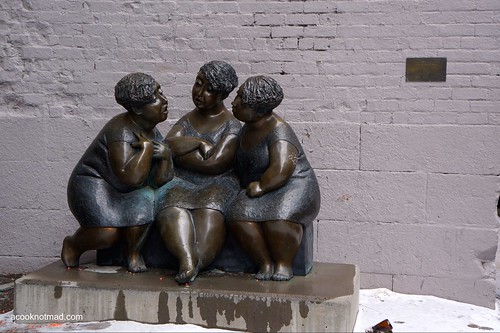 I can’t really explain why I never felt a connection, whether it’s the city itself or the fact that it’s in Québec, a province with issues that I won’t get into here. But I do enjoy visiting and discovering it, slowly, little bits at a time. 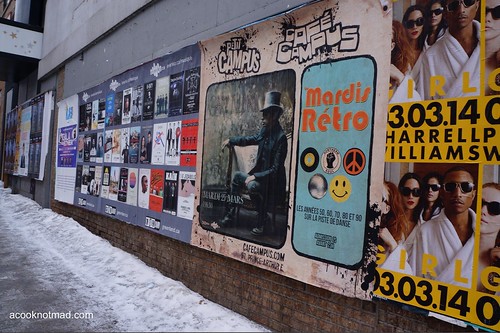 This time through I asked Caroline Marchand of dcouverteculinaire.com, if she was in Montreal for one night only, which restaurant would she pick. Without hesitation, she said Les 400 Coups. When we got to the hotel and asked the concierge what restaurants he liked in the area, his number one choice was also Les 400 Coups. 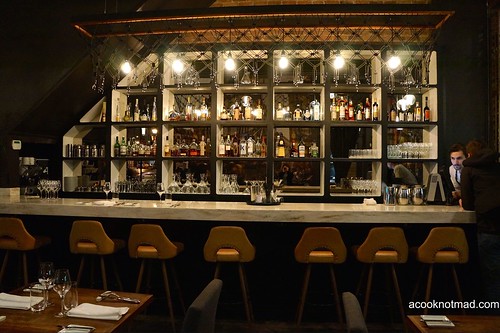 I know what you’re thinking” what does “Les 400 Coups” even mean? The name is a play on their address, 400 Notre Dame. The saying les 400 coups is difficult to translate, but I’ll try. The direct translation is “the 400 blows,” but it misses the meaning. What it really means is “the 400 things a troublemaker does to be a troublemaker,” so a more literal translation would be The 400 Shenanigans.

Our reservation was for 8 pm and we were looking forward to discovering a new place.  We dressed warmly and walked the several blocks through Old Port, from the hotel to the restaurant.  The air was chilly yet humid because of the proximity to the water. Once inside, though, it didn’t take long to get warmed up.

The restaurant has a long bar on the left wall, wrought iron details, and a view into the kitchen giving the impression of being in a French bistro.

The menu is a one pager, including Nova Scotia Trout and Suckling Pig. We would have wanted to try everything on the menu but after humming and hawing for a good fifteen minutes we decided on the tasting menu with paired wine. It’s not always easy to dish out for a tasting menu, especially when you have restaurant experience and know the cost of ingredients. But when you take into consideration the quality of preparation, the originality of dishes, and the professionalism of the staff, it was definitely worth the cost. 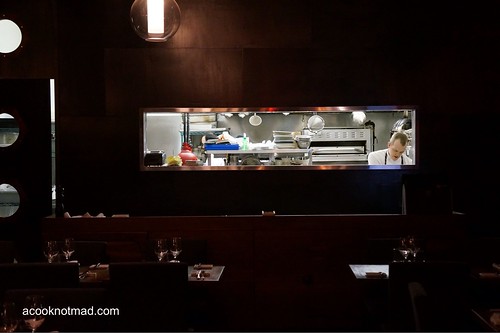 view into the kitchen

The second the amuse bouche arrived, I knew we had made the right choice. A delicate Massachusetts oyster with pickled celery and foamed milk with nutmeg, so delicious was this morsel that I think my exact words were, “I could eat a dozen of these.”

Then came the arctic char tartare, mixed with a seaweed emulsion and served with seaweed bread (sliced and dehydrated to the likeness of a cracker) and a cranberry coulis. Raw fish has never tasted so good.

While we waited for the next course, Tim confided in me that he really wished he could try the rabbit tagliatelle that was on the menu. Seeing as the last two courses were dessert courses he thought he might be able to trade one of them for a little taste.

When the waiter came by, Tim told him how much he liked rabbit and that their tagliatelle sounded interesting. I jokingly told the waiter about him wanting to trade in one of his desserts.

Next thing we knew we were being served rabbit tagliatelle with shiitake, English muffin croutons, and shavings of goat cheese (parmigiano style). The tagliatelle is house-made using the mushroom stems. The stems are dehydrated, ground, and used as flour in the pasta. I’m not big on hipster lingo but I think it’s appropriate to use the term “amazeballs” in this instance.

The next courses were equally delicious and paired with wines that did nothing but make the experience that much better.  The dessert courses did not disappoint either and included an apple dessert that was out of this world with apple sorbet, cranberry crackers, hazelnut, melon, and white chocolate. It was so pretty that we stared at it for quite a while before willing ourselves to destroy it.

Choosing the tasting menu also means hours of enjoyment.  We decided to end the night when we noticed that we were the only two left, even some of the staff were heading out the door. 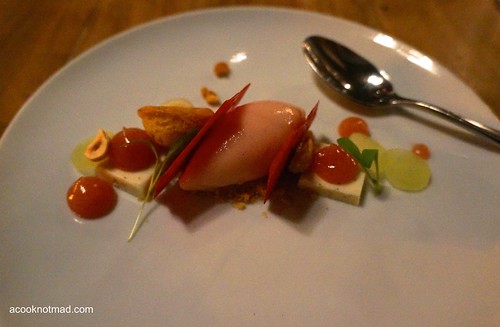 apple dessert, a work of art

Montreal, your bad drivers make us crazy, but your great restaurants keep us coming back.

Have you been to Montreal?  What are some of your favourite restaurants?

Want to see what else we’ve been up to? Check out our Facebook Page and Twitter feed.

Explore The Wonderful Outdoors Of Montreal