Ah, adventure travel. It’s a bit of a buzzword in the travel community these days. Everybody thinks they want it. That is, until they have it. What’s that famous quote — “adventures are only fun in retrospect,” or something like that? I don’t necessarily think that’s true — some adventures can be a lot of fun while you’re having them, too. However, I think it is fair to say that adventure travel is not all glitz and glamour. There’s another side, one that is heavy in logistics and pretty darn exhausting. 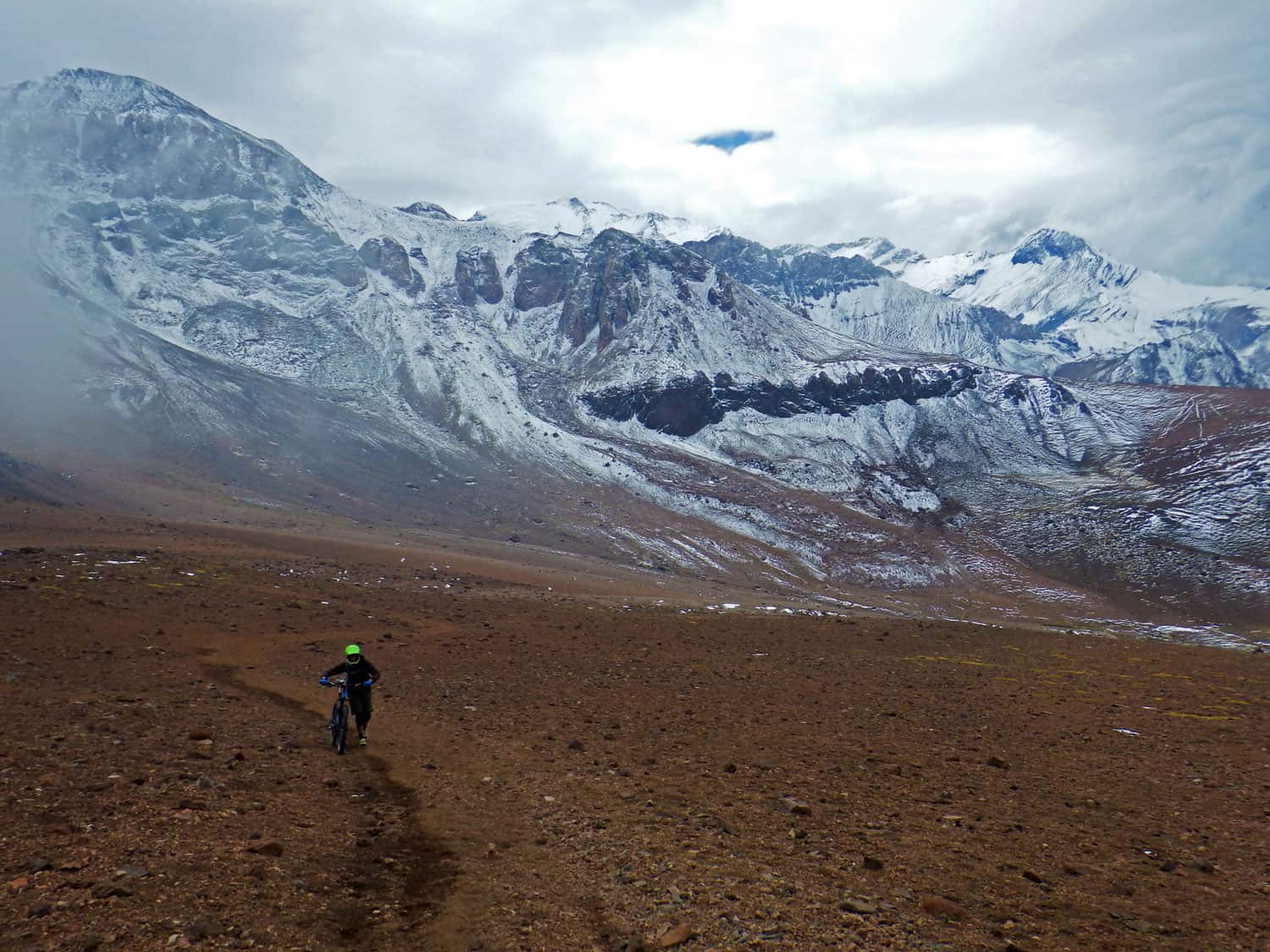 Mountain biking is the great love of my life (after my lovely boyfriend and garlic stuffed olives, of course), so when I travel I almost always bring my mountain bike and seek out the best bike-related adventures wherever I go. Usually this is a blast, but sometimes I want nothing more than to dismantle my bike, send it home, and travel like a normal person. I’ve traveled with a bike on three different continents and have, along the way, uncovered some undeniable (and often ignored) truths of adventure travel.

So, if you’re looking for a life of adventure, this is what you should know.

1. The logistics of adventure travel are a nightmare.

I think some people assume that adventure travel is just “flying-by-the-seat-of-your-pants,” “living-on-the-edge,” “following every whim,” etc. Which, I suppose, is an adventure of its own. And I’m all for winging it… sometimes. But I’ve found that without a little bit of planning ahead, your adventurous mountain bike ride can easily turn into a still-adventurous-but-far-less-fun hike through a muddy cow pasture. Or you spend all day trying to find somewhere to spend the night… or you spend all night in the bus station because you couldn’t fit your wind-surfing equipment on the bus you were supposed to take and now you have to wait for the next one. You get the picture. 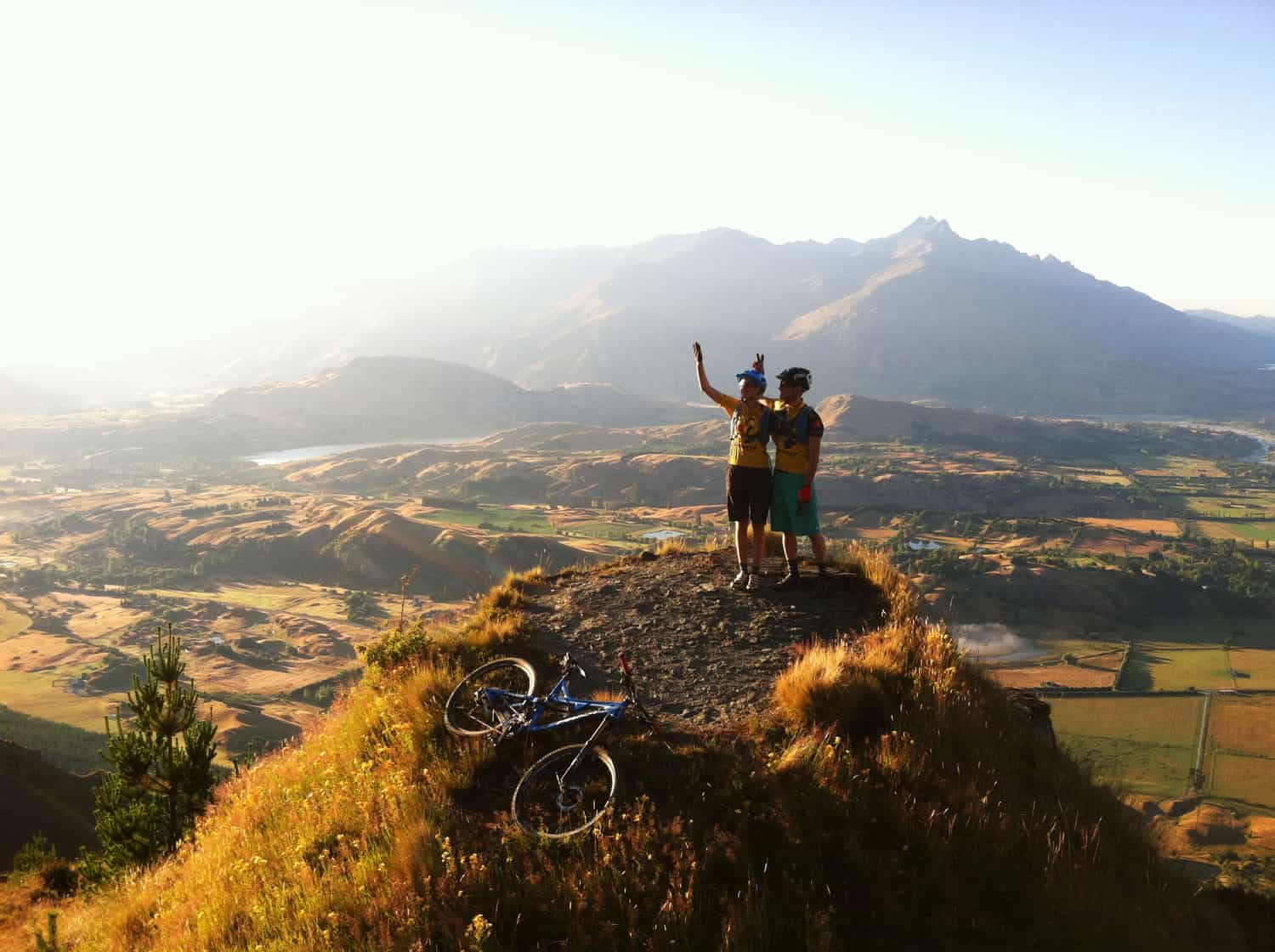 If you’re not bringing your own bikes or skis or kayaks, you’re working out the logistics of rentals and tours and the inevitable early morning departure. If you are bringing your own equipment, you’re bartering with airline officials and playing (and losing) rental car jenga. Because when you’re traveling with two (or three or four) mountain bikes you don’t just “hop on a shuttle bus.” In fact, NOTHING is simple.

While this isn’t true everywhere, public transportation tends to not go to trailheads. And the more remote and backcountry of an adventure you want, the harder it will be to get there and the more stuff (i.e. food) you’ll have to bring with you. The rule is this: the more adventurous the adventure, the more tedious the logistics. 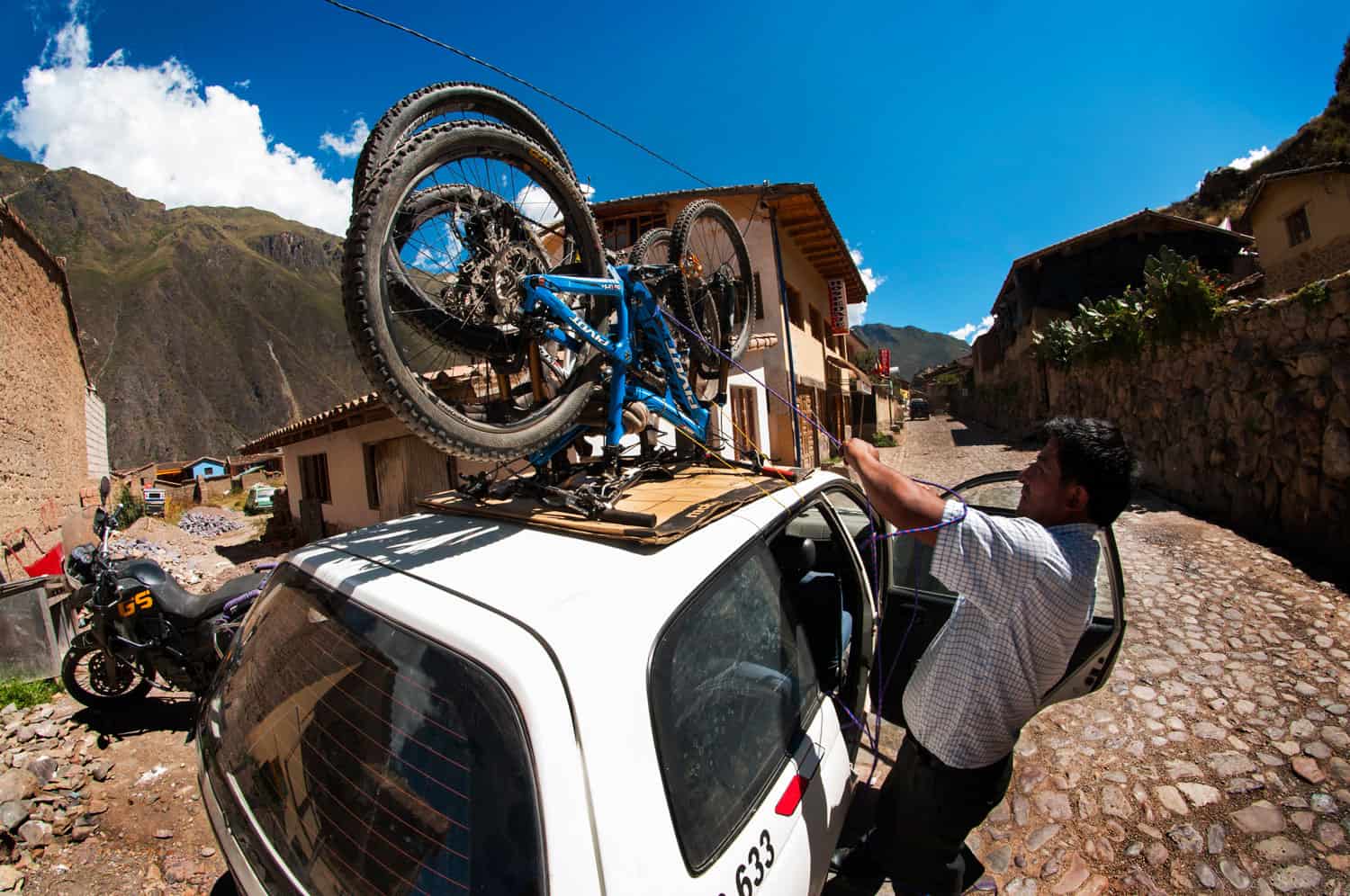 Oversize baggage fees are the bane of my existence as a traveling mountain biker. You think you have it all figured out and then you fly LAN airlines (suck it, LAN) and discover you only have half the baggage allowance you thought you did and then there you are in the airport, rearranging all your belongings and seriously considering throwing out your only pair of pants because they DO have a huge hole in them, but you never know, it might be cold in Peru.

And even if you’re not traveling with a large, unwieldy, adventure-unlocking device, adventure travel can be expensive. Want to go bungee jumping? That’s $200, which if you calculate it out, comes to be something like $25/dollars a second. Worth it? Probably, but it’d still be cheaper to go a museum or buy your entire extended family kitschy souvenirs. Kayaking in Milford Sound? $150 for four hours. Swimming with dolphins? $180 a pop. Admission into a US National Park? $25.

Obviously there are many ways to have cheap, budget adventures (more on this in a future post), but the truth of the matter is that if you value adventure and new, exciting experiences, you will probably end up opening your wallet somewhat frequently. 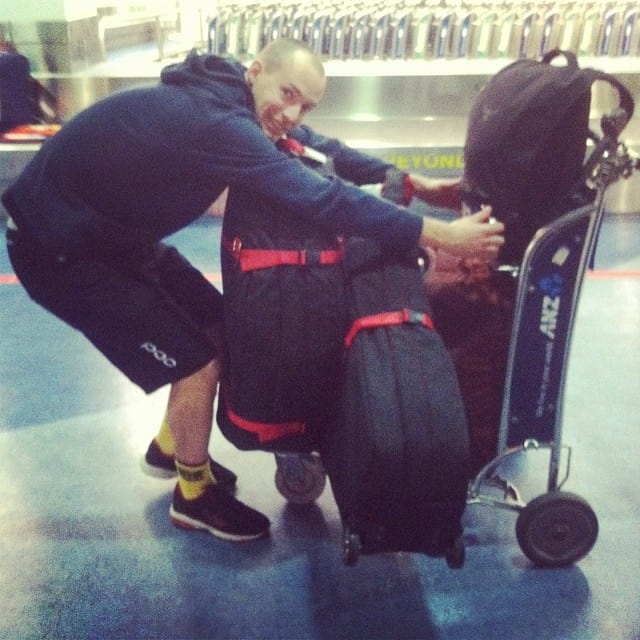 3. Sometimes you will get hurt.

So you spend your holidays careening through whitewater or hurtling down a mountain at 30mph? Okay, well, someday it might catch up to you. It might be minor, like the leg wounds I’m showing off below, or it might be somewhat worse. I’m not being morbid or pessimistic, I’m just trying to point out that if you make adventure travel your lifestyle, you will probably have at least one trip cut off early due to some sort of unfortunate mishap. Be prepared. Have traveler’s insurance. Demand that your travel partners have travel insurance. And in case of a minor incident, be willing to change your travel style to something more passive. Go to some museums, sit on the beach, read a book. There will always be next time. 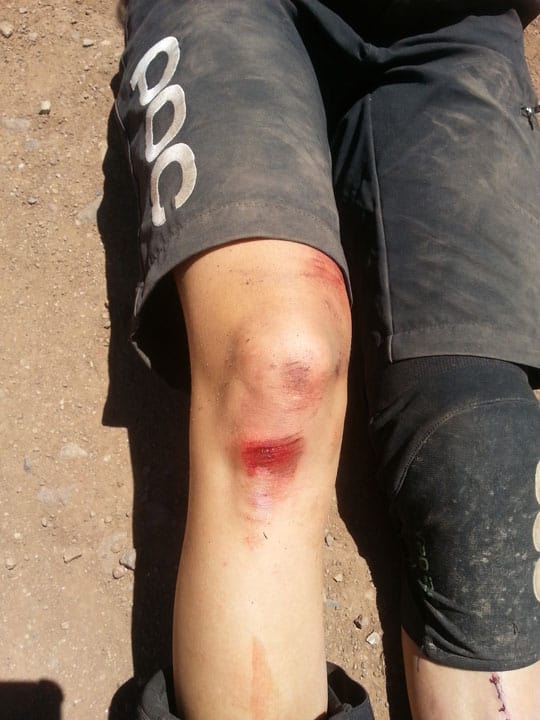 4. Sometimes it sucks. EVEN in retrospect.

I know, I know, what a banal statement. Sometimes life sucks. Sometimes travel sucks. But obviously it’s worth it, right? RIGHT?! It is, but don’t think there won’t be times that you will question your devotion to adventure travel. Like the time I tried to race a downhill mountain bike race in Peru and ended up being carted off the course by police because I managed to contract a mysterious and violent case of food poisoning mid-race. (Read more about it here.) Literally everything about that day SUCKED. I don’t know how to put it any other way. I was sick for 30 hours. I couldn’t even keep down water. I was all alone in a hostel bathroom while my boyfriend raced and our teammate endured his own solitary food poisoning hell downstairs. If I hadn’t been too delirious to piece together a coherent thought, I probably would have sworn off traveling and adventure and bikes altogether. I would have given anything for a five star hotel room and functional internet so I could have watched myself stupid with Netflix. 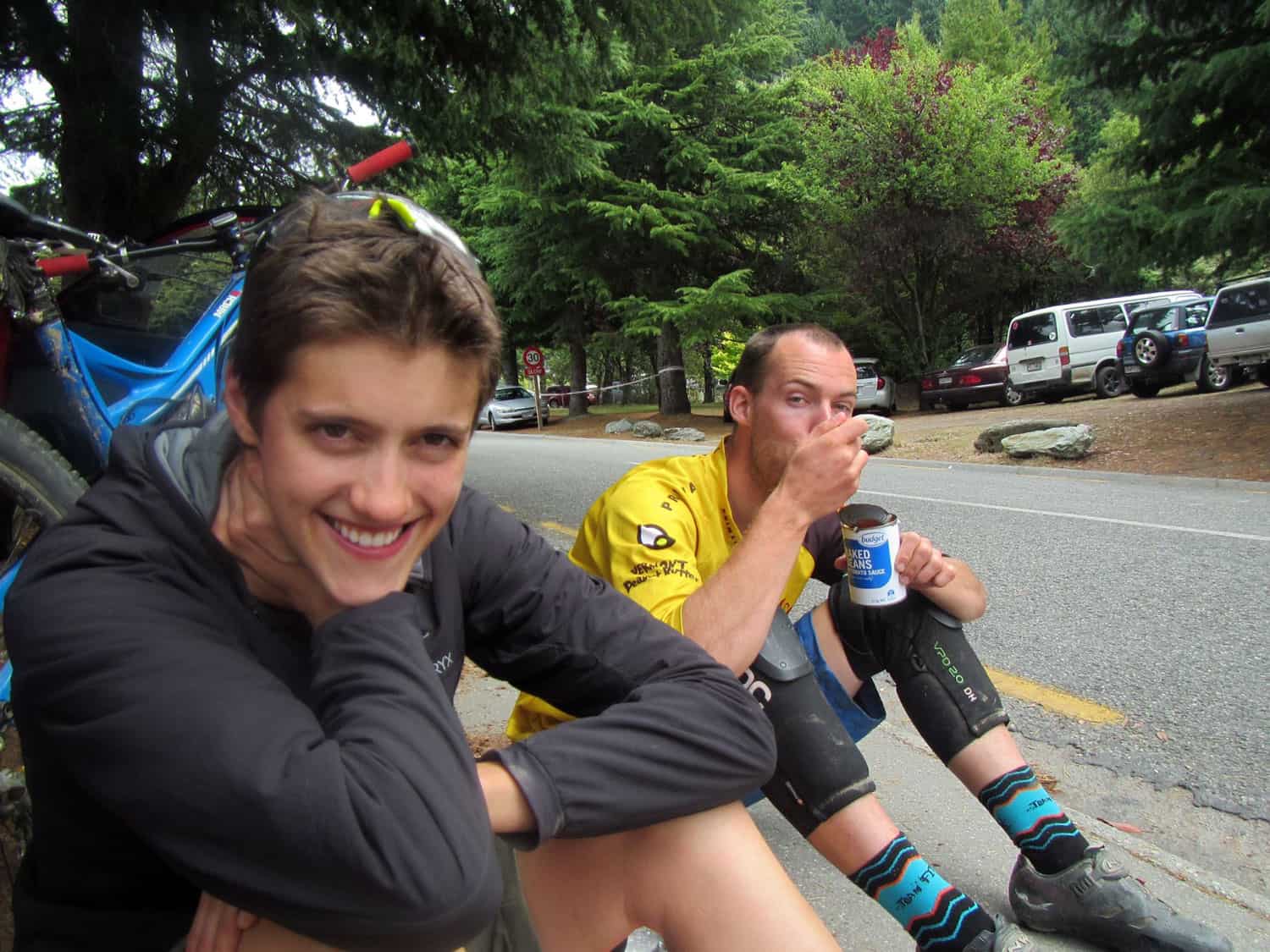 It really is. And, sucky moments aside, it’s all worth it. You may be out of money and physically exhausted and you may have re-occurring nightmares about being stuck in an airport with two bike boxes and no free carts, but you will have had the time of your life. You will learn what you are capable of (and what you aren’t), you will have a blast, and you will have a million totally epic photos to post on Facebook. Not that we care about that, or anything. 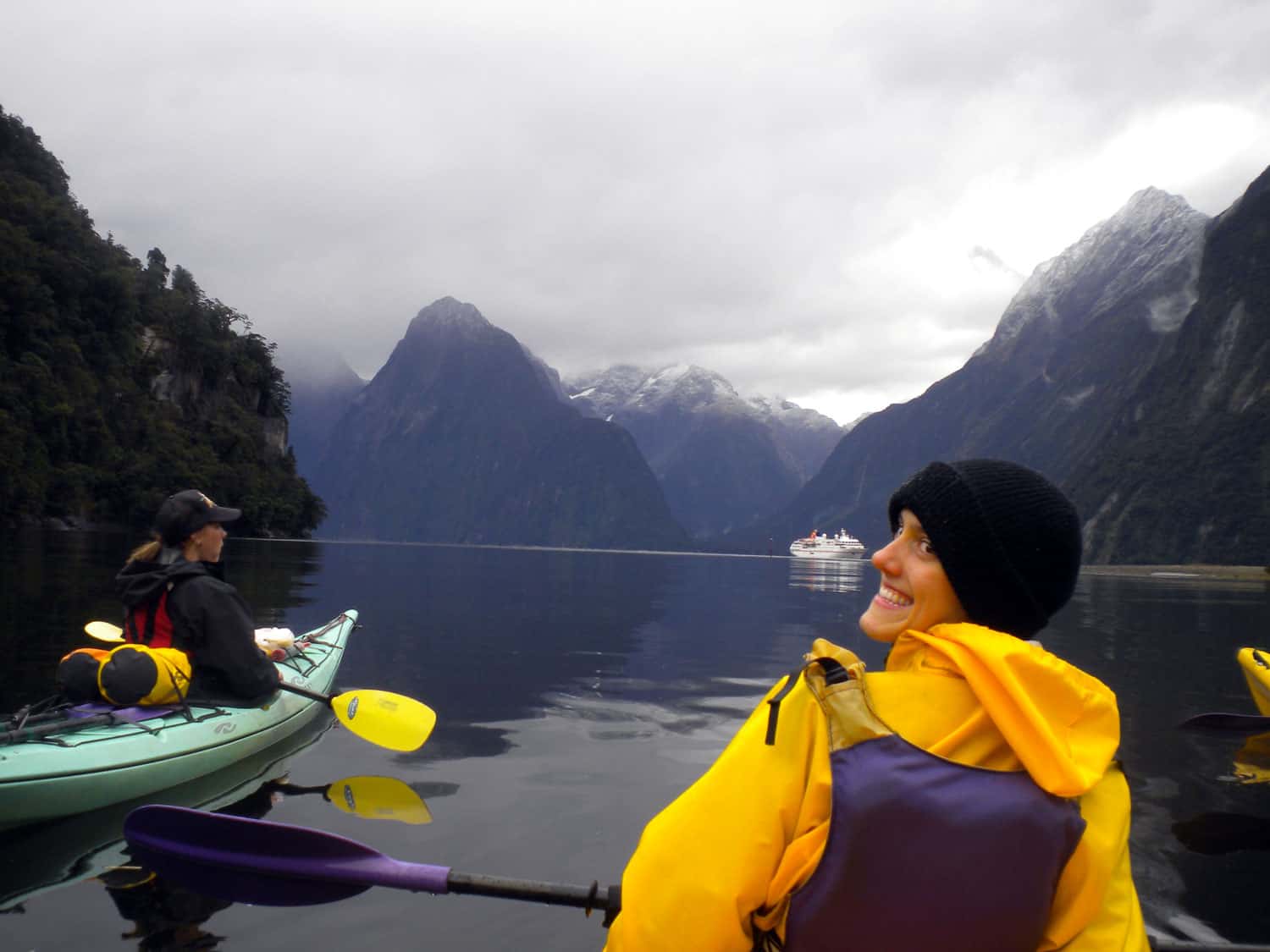 Kayaking in Milford Sound — wet, cold and totally worth it! 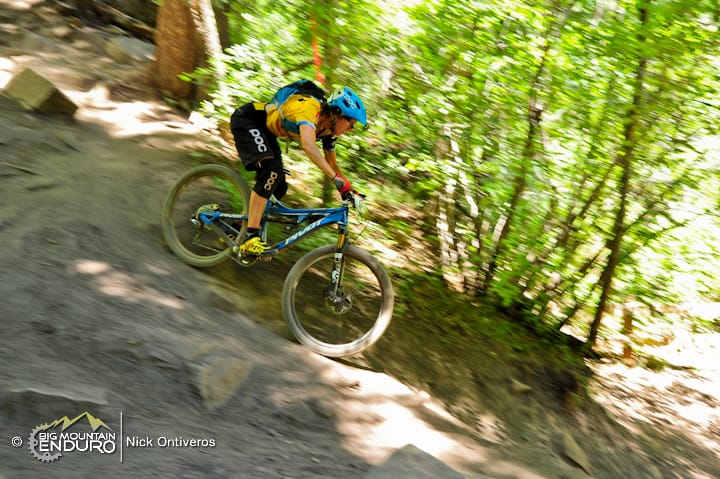 How do you feel about adventure travel? Worth the hassle? Tell us the story of your most epic adventure in the comments below!

Testing my relationship with gravity at Angel Fire Bike Park