Much like a pesky, under-developed second-born, the tiny Balearic island of Formentera hunches quietly beneath the bright, brazen shadow of its bigger sister, Ibiza, just off the coast of Spain.

The smallest of the four main Balearic islands, Formentera’s understated, makeup-free existence is easy to overlook next to Ibiza’s array of spectacular restaurants, unique shops, and world renowned nightlife. With not even an airport marring its ancient surface, Formentera might as well be the redheaded stepchild of the Kardashian clan next to the archipelago’s more socially networked islands.

But, depending on who you ask, lack of accessibility doesn’t necessarily mean “not worth it” — in fact, it might just make it more exclusive. 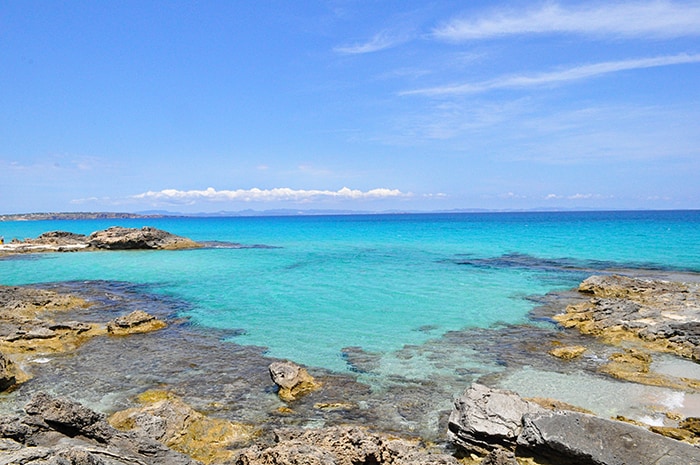 From its transparent, aquamarine waters to its craggy, volcanic shores; richly golden fields of grain to towering shady forests of pine, nowhere else on Earth have I experienced such a vastly diverse array of scenery and interlacing microclimates across such a small expanse of land. 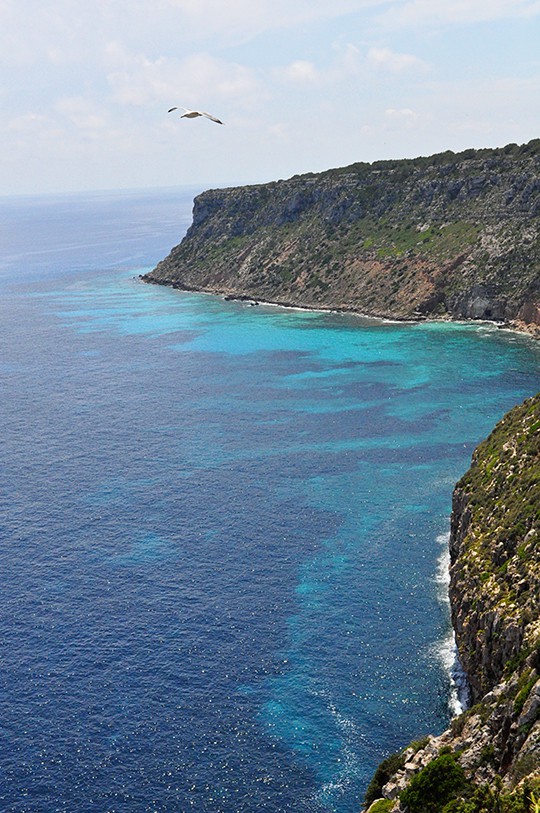 Formentera is relatively simple to navigate by bicycle. Vespas and bicycles with small electric motors are available to rent, but my group opted for the solely human-powered kind because we were fit and strong and only slightly hungover from our previous night’s water party on Ibiza. Our chosen mode of transportation allowed us to breathe the unpolluted air, and stop at any number of breathtaking vistas and scenic beaches. 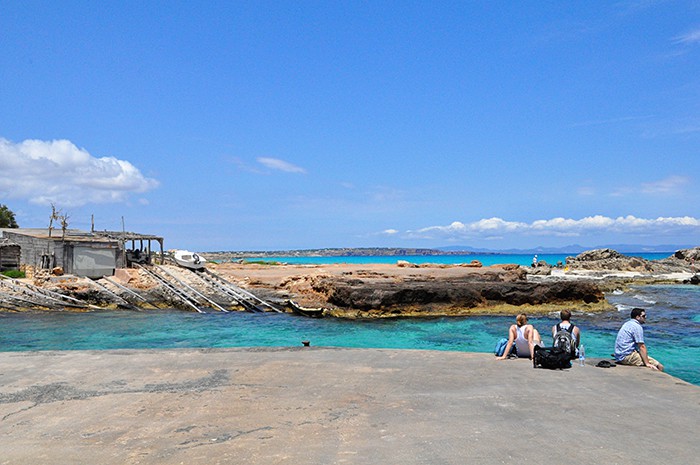 While most of the island is flat, a considerable exception is the road to La Mola Lighthouse on the easternmost tip of the island. Situated on a cliff at the end of a high plateau, getting there required climbing a steep series of switchbacks, down which a steady stream of motorcycles, cars, and buses whizzed past at stomach-wrenching speeds.

Despite feeling half of the time like I might die — either from sheer fatigue or from a tour bus knocking me off the side of a cliff — leaving behind the rocky volcanic vistas and soft sand beaches below was well worth the effort to experience the golden wheat fields, blissfully shady pine groves, and of course, La Mola lighthouse at the very end of the road. 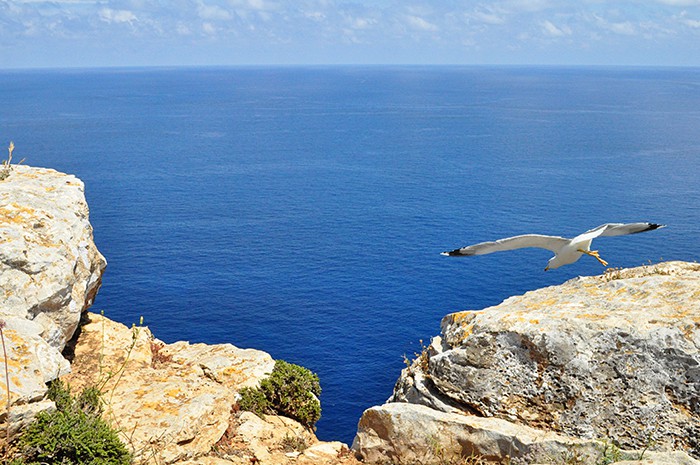 The expanse of water between Ibiza and Formentera, part of ses Salinas National Park, is a UNESCO World Heritage site due to its prairies of Posidonia, or “seaweed fields.” These underwater plants are incredibly important to the island’s ecosystem, since they act as filters for pollution and sediment while allowing the finest of sands to deposit along Formentera’s shore.

This is why the water is so incredibly clear and beautiful! 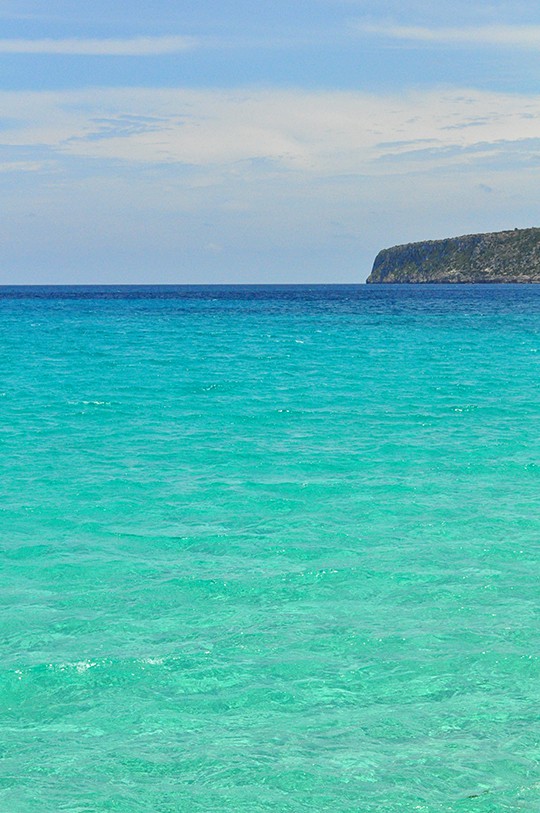 While the larger Ibiza offers many stunning secluded beaches and breathtaking natural landscapes in which to escape its tub-thumping clubs, those with less willpower might need to get a little further from temptation in order to truly relax. Formentera is perfect for this because unless you have the swimming prowess of a world-renowned triathlete or an underwater jet pack a la Mission Impossible, you have to take a 45-minute ferry ride just to get to the relatively tiny island. Fewer tourists combined with expanses of crystalline waters inspired a sense of freedom from inhibitions I’ve experienced nowhere else in the world. 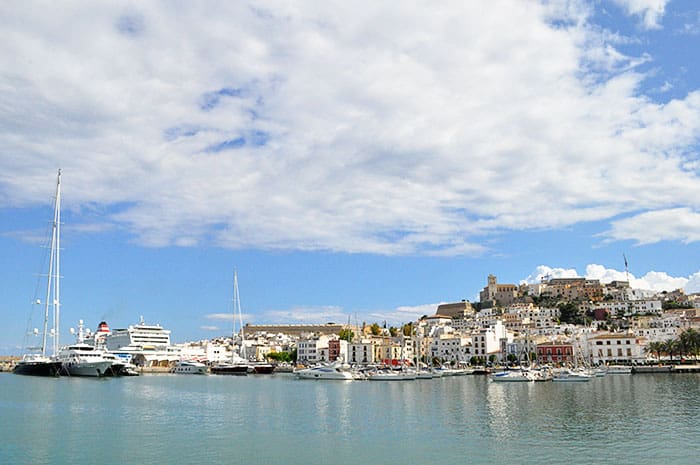 View of Ibiza Town from the ferry to Formentera. 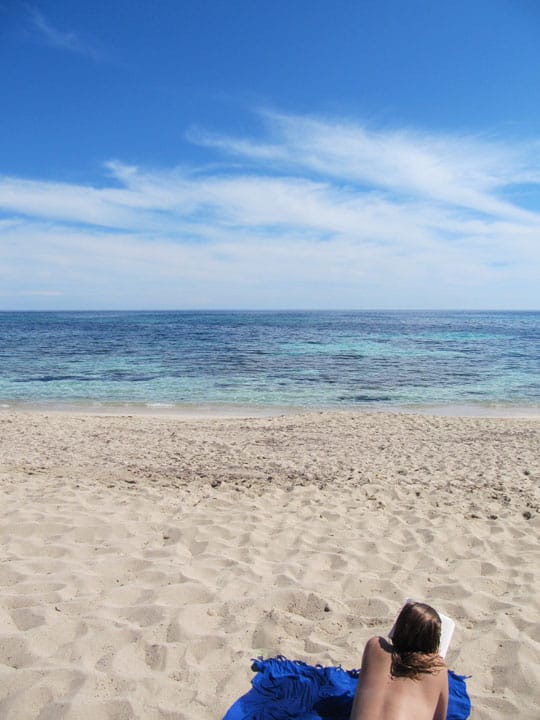 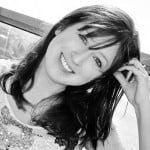 Katie Gard is the burgeoning food snob behind the popular lifestyle, culinary, and travel blog, Domestiphobia.com. She began blogging (and subsequently working in a wine bar, a real estate office, and a sandwich cafe) after her boss at the military installation gave her a nearly permanent eye twitch. Oh, and she’ll never be a food snob — she loves hot dogs too much. You can follow along on Facebook, Twitter, Instagram, and Google+.

The Non-Partiers Guide to Ibiza

The Incomplete Guide To Partying In Ibiza