Hvar is a Croatian island located 29 miles south of the coastal city of Split, Croatia. Hvar is known for lush greenery dotting the sides of its many hills and a rugged coastline that is home to some of Croatia’s most scenic beaches. 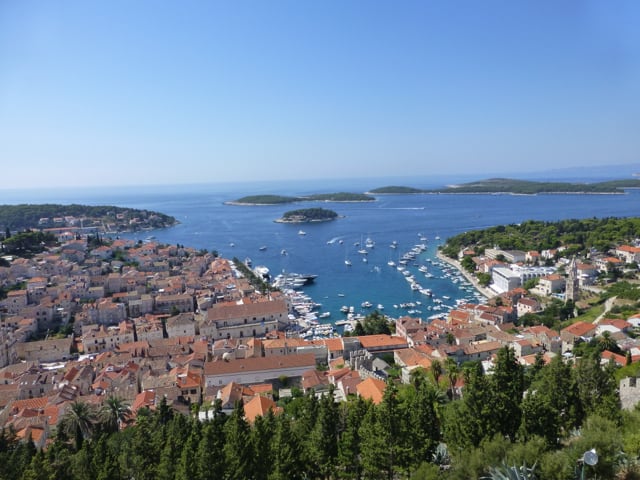 Hvar Town on the island’s south coast is where most people spend their time on the island — and for good reason as the town boasts historic sites, beaches, and a vibrant nightlife scene. The island’s vineyards are a good reason to leave the town for a bit, though, and with that in mind, here are the top five things to do on Hvar Island, both in Hvar Town and beyond.

St. Stephen’s Square is the central point of activity in Hvar Town. Located adjacent to the harbor, the square stretches out into Hvar Town in a long rectangular shape. Shops and restaurants flank its sides in whitewashed buildings. The light buildings along with the gray and white cobblestoned ground gives the square an aesthetically pleasing Mediterranean look. It’s an ideal area of Hvar Town to mindlessly wander around while you take in the sights, such as the hard-to-miss bell tower of the Cathedral of St. Stephen located in the square.

Go Back in Time in Hvar Public Theatre

The Hvar Public Theatre has historical significance as it’s the first public theater that was opened in Europe, yet it’s also worth a visit because of how unspoiled it is by tourism. You walk into a dim, dusty room that almost appears to be neglected until you start reading the panels within the theater and learn how much restoration work has been done (and is continuing to be done). 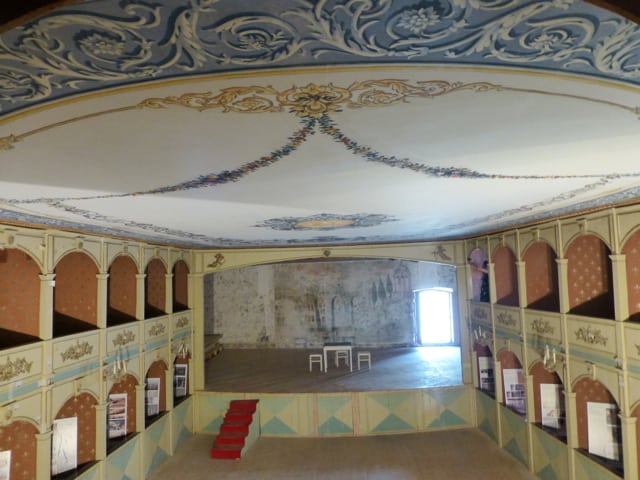 The theater is small by today’s standards and has boxed seats lining the perimeter, artwork on the ceiling, and an original fresco still framing the back of the stage area. Due to its being on the top level of the Arsenal building in St. Stephen’s Square, the Hvar Public Theatre doesn’t get much foot traffic. As a result, you won’t be battling crowds of people to experience the theater – you might even have it all to yourself, a rarity when touring Europe sites these days.

Wine may be one of the best kept secrets of Hvar – and all of Croatia for that matter. Though those who live in the Mediterranean have long known the tannin allure of Croatia’s wines (of which Hvar has some of the best), much of the rest of the world has long overlooked Croatian wines for the prominence of its neighbors to the west (ahem…Italy and France). This might all change soon thanks to the wine coming out of Hvar, which is known for its Plavac Mali grape for red wine (rich and full bodied) and Bogdanjuša for white wine (lighter and slightly acidic).

Driving to each of the wineries around Hvar lets you see a large portion of the island, such as the historic town of Jelsa and beachside town of Zavala. A wine tasting tour is also a great way to see the rest of the island outside Hvar Town if you don’t have a car during your stay. Secret Hvar is one company that does wine tours of Hvar and the owner is also your tour guide and he provides in-depth and passionate knowledge of winemaking in Hvar.

The Fortica is a massive fortress on a hill overlooking Hvar Town. Visiting the Fortica provides an opportunity to tour not only an incredible scenic viewpoint that boasts views of the Adriatic Sea and the tiny Pakleni Islands off of Hvar’s south coast, but also a historically important site on the island. 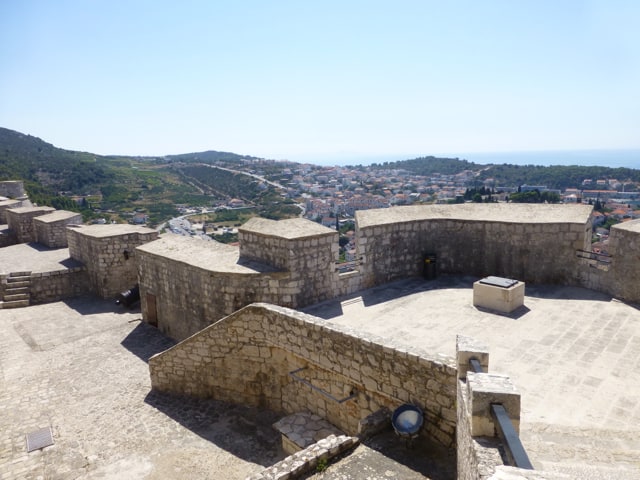 Construction of the Fortica began in 1282 and it continued to be built and expanded upon until the 16th century. The Fortica helped protect the islanders from attacks by the Turks and did a good job until the fortress was abandoned in the 19th century when risk of attack on the island became low. Today, you can tour the many rooms and pathways of the Fortica, where you’ll see a dungeon, circular bastions, gunpowder rooms, and old living quarters, plus those incredible views of the island and sea.

Eat in a Konoba

Before modern times in Croatia, nearly every home had a konoba room. The konoba was generally the cellar or the bottom level of the house and it was used to store, cultivate, and prepare food. In Hvar, this often consisted of seafood, hung cuts of meat, and barrels full of wine. This tradition lives on today in the form of konoba restaurants.

A great option in Hvar Town is Konoba Menego, a family-run konoba that is located in an old reconstructed house that belonged to the owner’s family. You’ll see the owner slicing up and curing meat in front of the entrance during the day and, come evening, you can sit down in the konoba underneath hanging meats and enjoy the cuisine. Make a reservation as this restaurant fills up quickly.

Another excellent konoba choice is Konoba Pinjata in the town of Vrboska. You’ll dine on authentically prepared Dalmatian cuisine in an old stone farmhouse, plus Konoba Pinjata is also home to a small winery so you’ll get to sample some good, homegrown Croatian wine as well.

This top five things to do on Hvar list leaves out the beaches of Hvar and for good reason: visiting a beach on Hvar is a given and you’ll have no problem finding one, whether it’s through your hotel or from exploring the island in a car. Just remember that, as alluring as the beaches are, there are many other things to do and see in Hvar, so stow away your beach towel for awhile and don’t forget to explore the island’s other top sites and tastes while there.

Gina Tarnacki is a travel writer and marketer whose writing has been published on USA TODAY, Matador and many other sites. She believes traveling should be cherished whether you have one day of vacation or one year. She shares travel tips for when time is short plus other stories from her travels on her blog, www.OneDayinaCity.com.