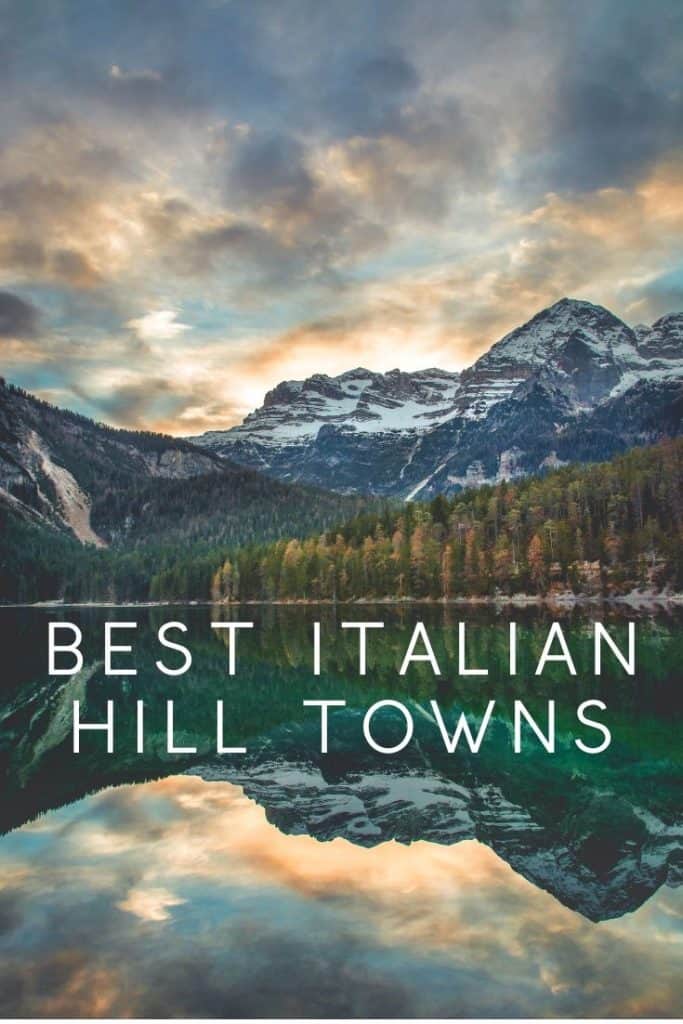 Italy is packed with picture perfect hill towns that give beautiful views onto their valleys below. Each one offering something unique, whether it be art, a dish or an historic event. We’ve been in Umbria for two months after we came back from Cinque Terre, close to the regions of Lazio and Tuscany, and have had the opportunity to visit 20 towns so far. These are some of the best hill towns in Italy for you to visit:

Like a fairy tale city, it appears as you walk towards the belvedere. Placed on the World Monuments Fund’s Watch List of the 100 Most Endangered Sites in 2006, it was founded by the Etruscans more than 2500 years ago. Take your time and walk the many alleys, discovering small shops that feature locally made products. Go early in the day or in the off season to avoid the crowds, it has only recently made a resurgence as a tourist destination. 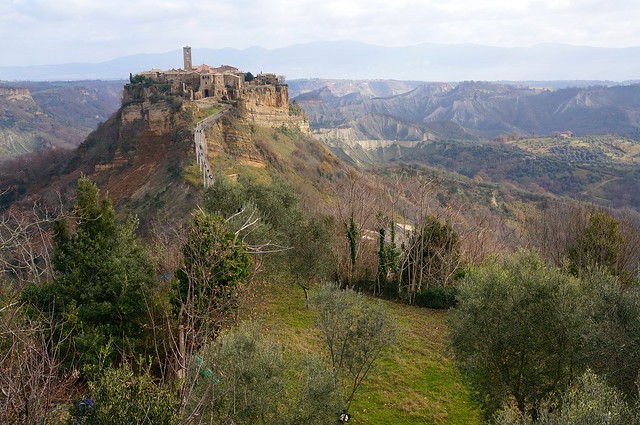 Another great Italian hill town, Citta della Pieve is home to the narrowest street in Italy. At only 50 cm wide, Vicolo Baciadonne, as one legend has it, was built because the two adjoining home owners were feuding and didn’t want their homes to touch. Another legend is that the alley is so narrow if a person stuck their head out of opposing windows they could kiss across the alley. This city has plenty to offer with several museums and churches where you can see art by renown Renaissance painter Pietro Perugino. 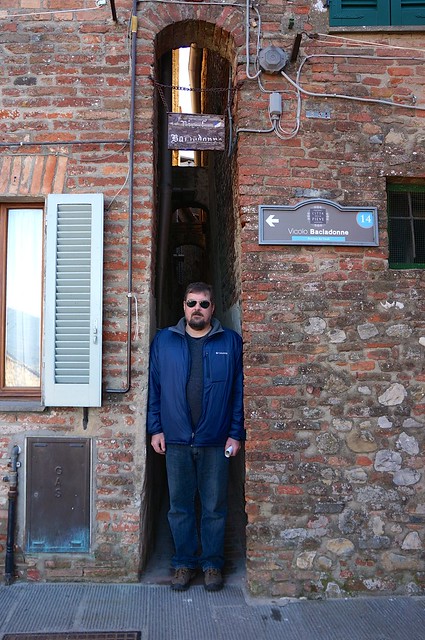 Known as Little Jerusalem because of its once large Jewish community, Pitigliano is a great day trip town. Visit the ghetto museum situated in the Jewish neighborhood to learn its history as one of the refuge cities during the 15th century. Have lunch in one of several restaurants and work off that lunch by walking the Vie Cave, a network of Etruscan paths below the city. 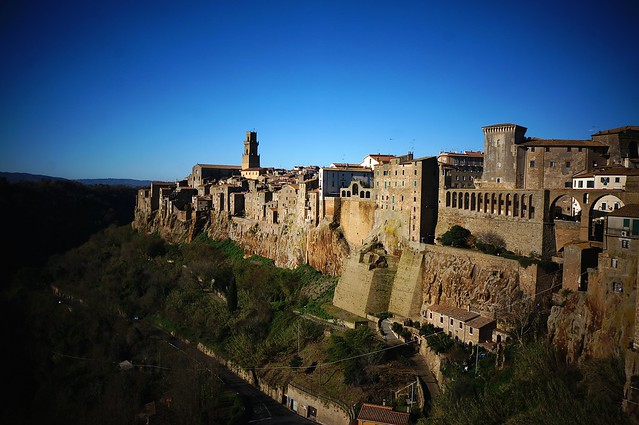 Orvieto is an awesome town with so much to do it’s worth getting their Carta Unica (city card). Join a guided tour of its underground and learn about the Etruscans and how they lived. Visit its numerous museums and its crown jewel, the cathedral with amazing interior and equally breathtaking facade. Orvieto, perfectly positioned between Rome and Florence also makes a great base from which you can enjoy many day trips. 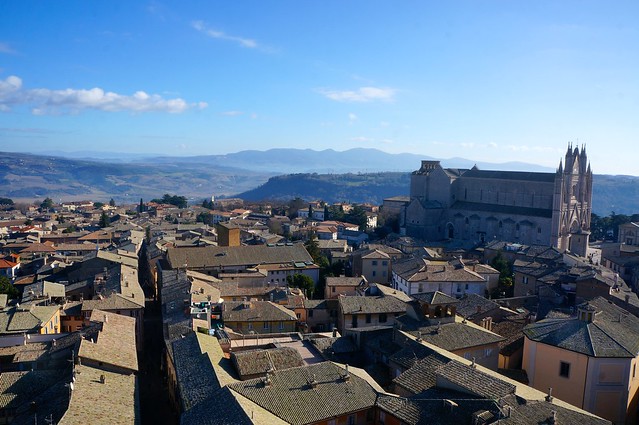 This small thermal bath town offers spectacular views from its main piazza. It also has walking/biking paths you can take all the way to Trequanda. If you want a quick walk, take the path down to the ancient Bagno Grande and slip into these 39C baths, open year round. Or you can opt for the more luxurious thermal spa treatments at Fonteverde Tuscan Resort & Spa just a few kilometres away. 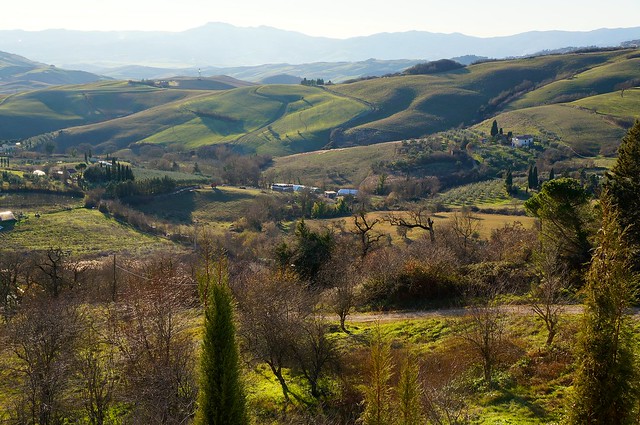 The view from the main square in San Casciano dei Bagni

Best known as the hometown of Saint Francis, Assisi is a must when you’re in Umbria. It has several churches, all worth a gander, especially the Basilica of Saint Francis with his remains in the crypt below and the Basilica di Santa Chiara with the miraculous crucifix that spoke to St Francis on display. Drive up Mount Subasio about 4 kilometres to the Eremo delle Carceri, a Unesco World Heritage site established by St Francis which still houses San Franciscan friars to this day. 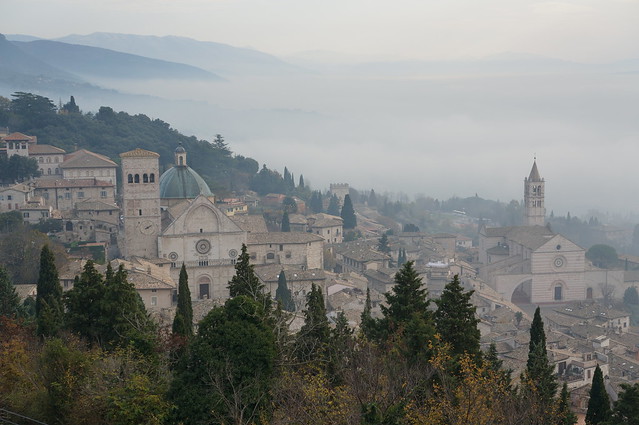 Assisi with the Basilica di Santa Chiara on the right

These are only a few of our favorite hill towns in Italy, there are too many to enumerate here. What are some of your favorites? Have you been backpacking in Italy before? 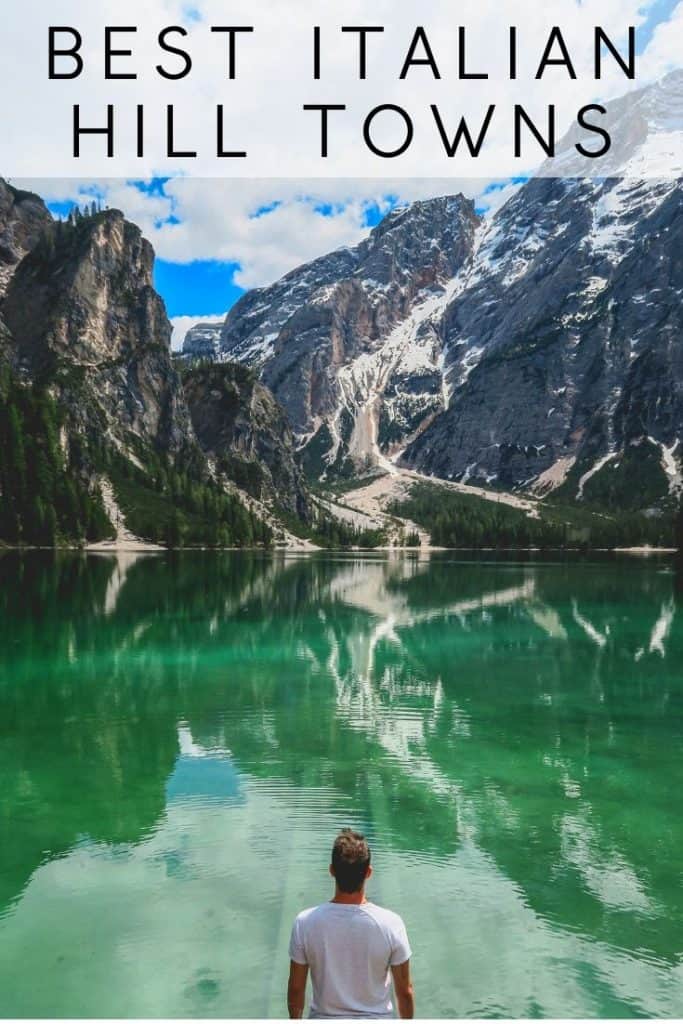 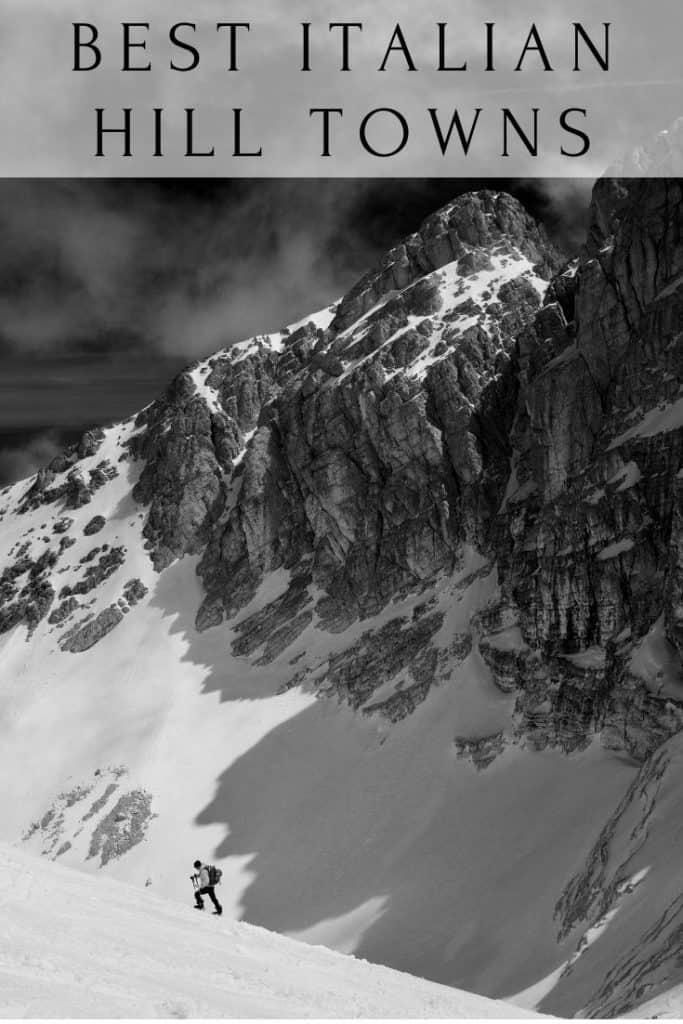 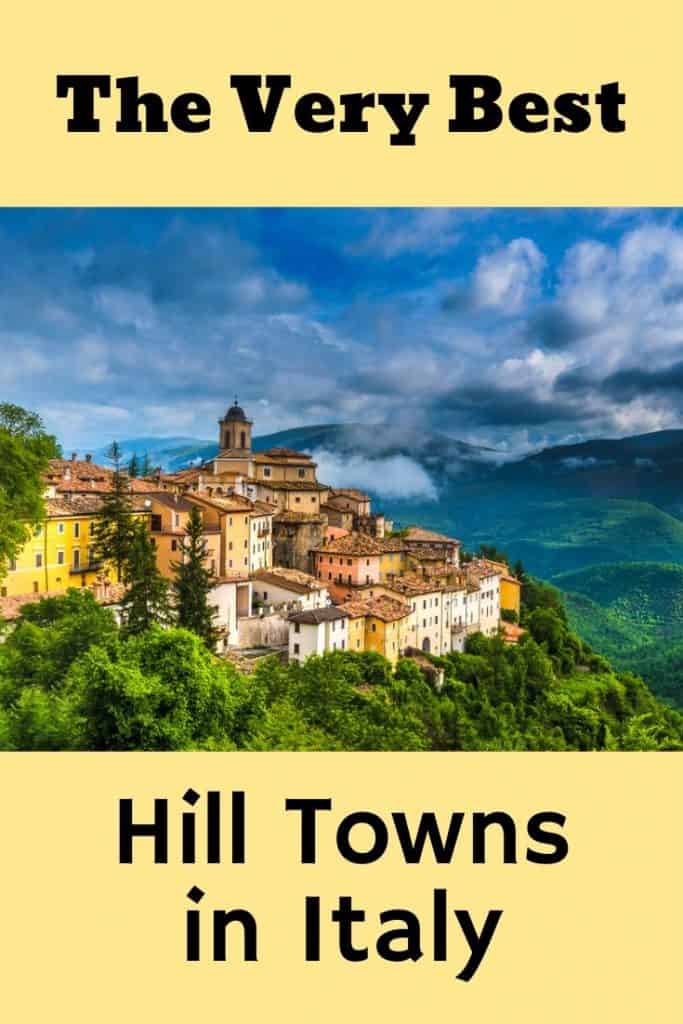 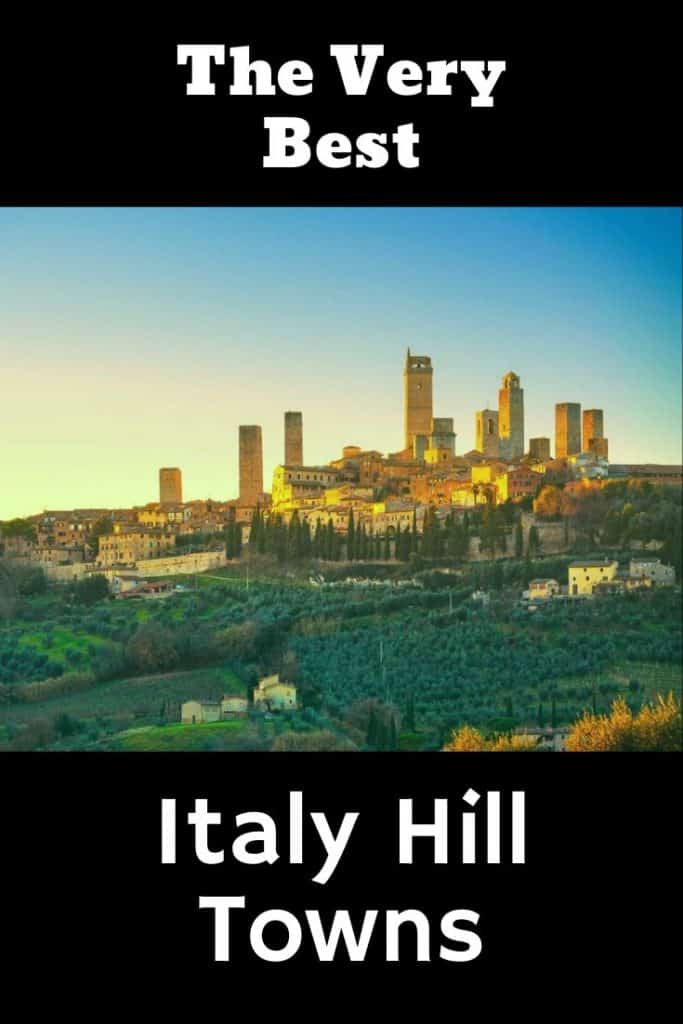 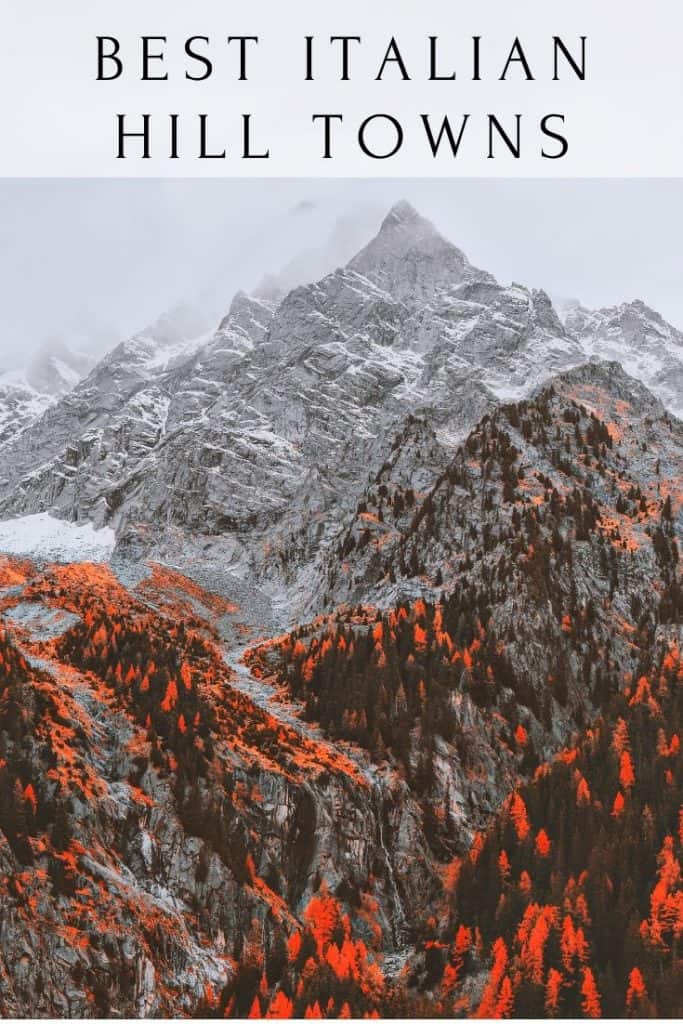 Orvieto, not just another hill town

Things to do in Orvieto Italy