Skip to content
Home » Destinations » A Monster of a Day

An hour North of Rome you’ll find the little town of Bomarzo. At first look it doesn’t seem like anything special, but a few meters from the town is the Sacred Wood, also known as Parco dei Mostri (Monster Park). It might sound like the type of place that you’d read about in a classic German fairy tale, but it’s not scary at all. The park is laid out on several acres and has been there since the sixteenth century when it was built by Pier Franceso Orsini, an Italian nobleman, as a memorial to his wife. Following his death, the park fell into disrepair and was hidden away by overgrown grass and trees for 300 years.

During the ’30s, Salvador Dalí and other painters visited the park for inspiration, but it wasn’t until the early ’50s that a local art lover took it upon himself to restore it and share it with the public.

We read about the park in a tourism brochure but we were a bit leery of spending the €10 per person entry fee. Having been disappointed by sub par attractions before, we asked a local friend if she had been. Her response was that it was well worth the money and that we should definitely go.

When we visited, on a sunny December day, there were only a few cars in the large parking lot but we could imagine how busy it must get during peak season. We bought our tickets in the main building and walked past the concession stand filled with American candy, books on the park’s history and the ubiquitous made in China keychains. On the walls were posters of the park during its abandoned days showing shepherds and their sheep with monsters looming in the background. Back outside in the sunshine, we walked towards the entrance gates, down a path lined with trees. To the right we could see the town of Bomarzo perched up high above us.

Some say that to be able to decipher the meaning of the park and its statues you should have some knowledge of poets like Dante, Petrarch and Ariosto as well as Medieval iconography. Even without an expansive knowledge on the subject, you can still have an appreciation for the grandeur and beauty of the statues and the park.

Here are just a few of our favorites. 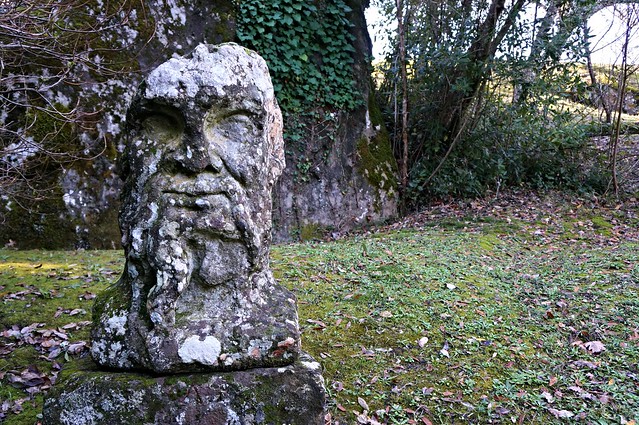 Not on the map this is the greeter, the first statue you see when you enter the gates. 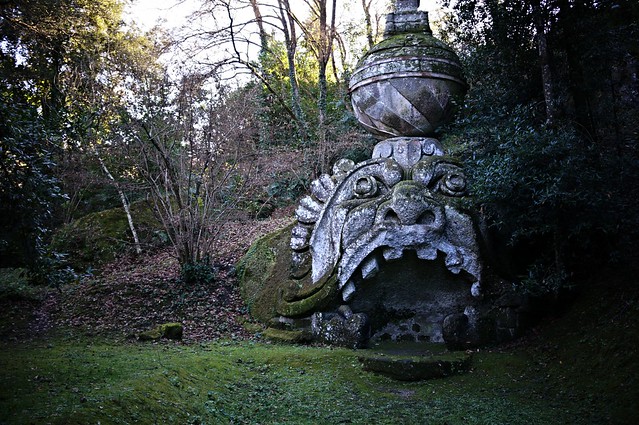 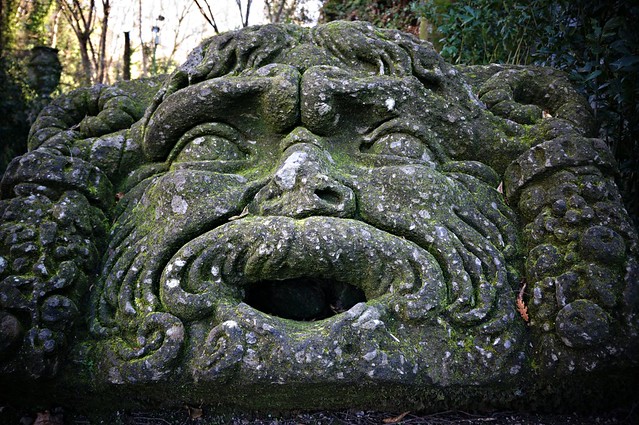 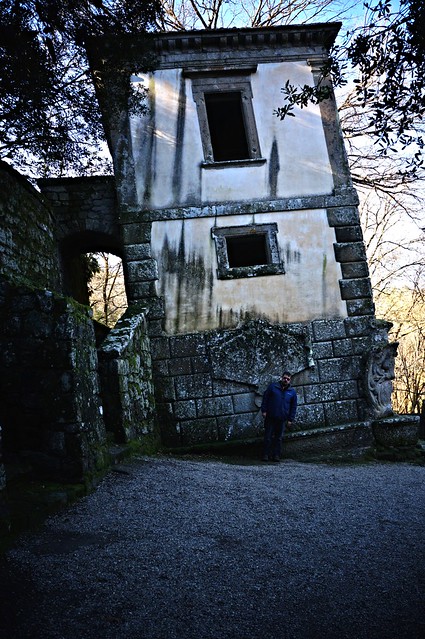 Self explanatory, the Leaning House 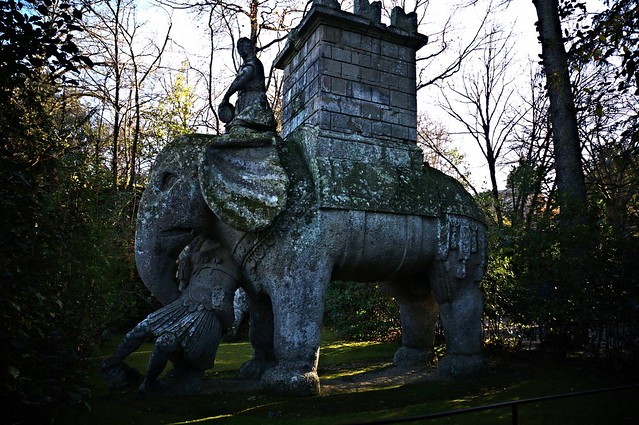 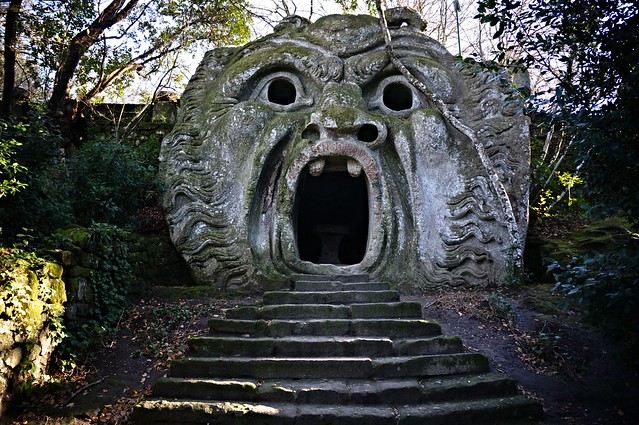 The Ogre, inside are a table and benches made out of stone. 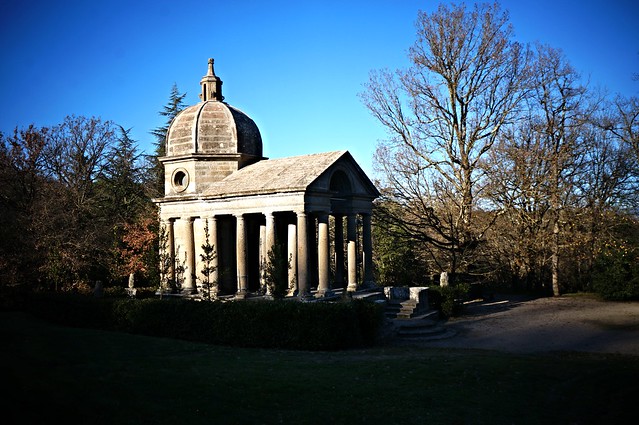 With thirty-five stops you should dedicate at least one hour to tour the park in its entirety. There are two well maintained buildings onsite with bathrooms and a concession stand with hot food and drink. There is also a small park with play structures for small children and an outdoor lounging area.

There is a set of rules that visitors must adhere to posted at the entrance and also on their website which includes no picnics, no smoking and no running.

The park is open year round and all day from 8:30 am until 7 pm in summer and until sunset during the winter months.

5 thoughts on “A Monster of a Day”