Part two of our dream road trip through Tuscany starts in the beach town of Viareggio and ends in the mountain village of Colonnata. (Check out Part 1 here!) 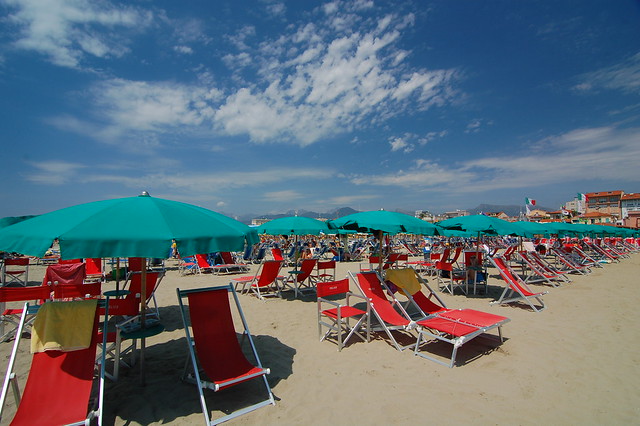 In the weeks preceding Easter, this typical Italian beach town has a carnival in which the floats are made of papier maché. The beaches are littered with row upon row of beach chairs adorned with colourful parasols. If beach time isn’t your thing, grab a gelato from one of the vendors and take a walk down the “passegiatta a mare” and admire the grand hotels. 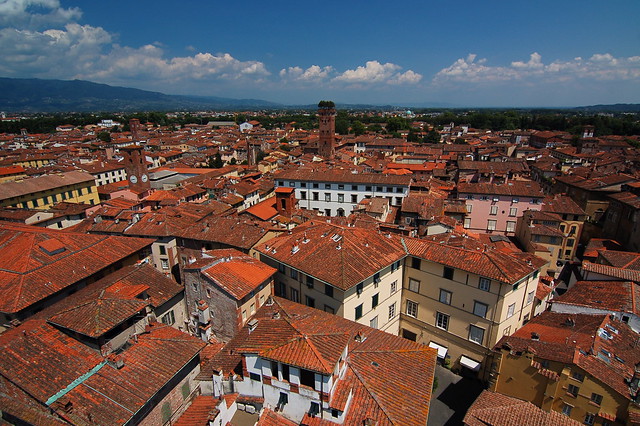 The capital city of the province of Lucca was founded by the Etruscans and became a Roman colony in 180 BC. The walls encircling the city, once manned by military and used for racing cars in the 20th century, are now a pedestrian promenade. For a bird’s eye view of the city and the surrounding area, climb Guinini Tower, the one with the trees growing on top.

If you head to Lucca in the summer, make sure to catch their concert series Lucca Summer Festival, which always has a great line up of international musicians.

Stop in at di Simo Caffè for an espresso and one of their mouthwatering pastries. They say Puccini himself used to stop in and play the piano here. 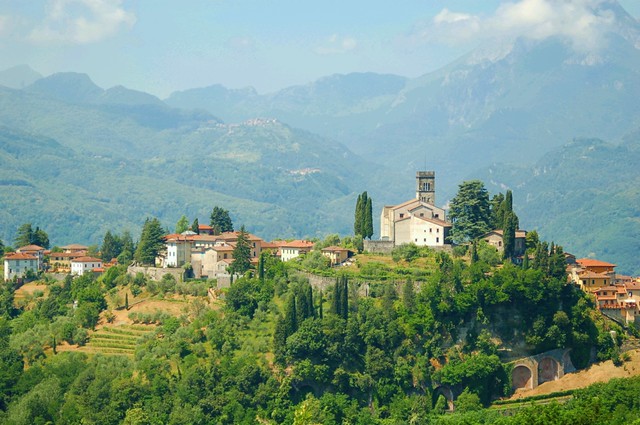 Only 35 kilometers North of Lucca, Barga is the most Scottish town in Italy and was so named not only for its positioning amongst mountains reminiscent of Scotland, but also because of its large Scottish population. They even have a Sagra del Pesce e Patate (fish and chips dinner) to celebrate the connection.
Watching the sun set from the Duomo, is spectacular. 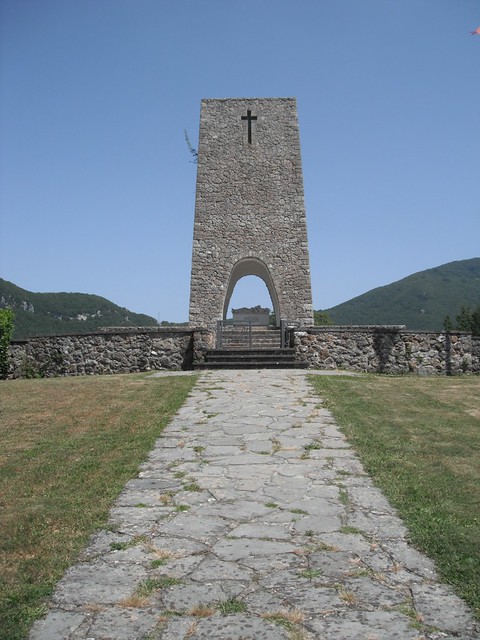 the memorial at the peak of the trail

On a morning in mid-August 1944, Nazis trekked to this minuscule town in the mountains to hunt down members of the Italian resistance movement. The villagers, knowing they were coming and thinking the women, children and elderly would be safe, sent the men to hide in the forest. What followed was one of the most horrific scenes. 560 villagers and refugees (including 130 children) were executed, even the livestock was slaughtered and the whole town was burned to the ground. All the while, the town’s men could hear the cries from their hiding places. It isn’t a town that is on most tourists’ bucket lists but even with its sombre past, today it is a peaceful place to visit.

A very well curated museum serves as a place to educate and remember and there is an interesting path through the forest up to the peak of the town. From the memorial at the peak you can see all the way to Viareggio and the Ligurian sea. 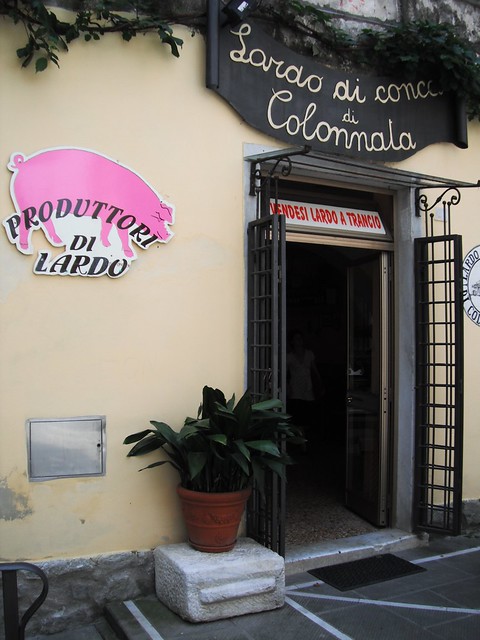 If you’re a foodie you’ll want to head to this tiny town high up in the Apennines. Home of lardo, Colonnata has more larderias than you can shake a stick at. Lardo is pork fat that has been marinated in spices in large vats of marble. It is typically sliced thin and eaten on bread. This is the food that sustained the marble quarry workers for centuries.

Many have tried to make a similar product in North America, but nothing compares to the true lardo di Colonnata.

Tuscany is full of great towns and cities. To plan dream road trip we focused on the towns we have visited and picked some of our favourite spots. These are all places we’d return to.

Read part one of our Tuscan dream road trip here.

Where would you go on your Tuscan dream road trip?

Foods of Tuscany: What to eat in one of Italy’s best loved regions