While Rio de Janeiro is one of South America’s most popular tourist hotspots, a lot of misinformation about the Cidade Maravilhosa (Marvelous City) still exists.

If you want to arrive in-the-know instead of making an embarrassing blunder with Cariocas (Rio residents), check out the following responses to common misconceptions. 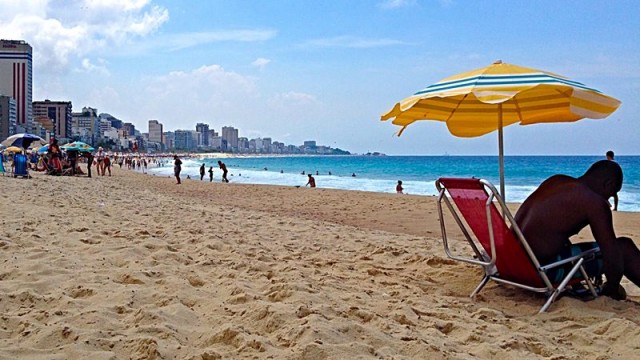 this is a praia, not a playa

While most South American countries have Spanish as their native language, Brazil is not one of them. Portuguese is the native tongue of the vast majority of Brazilians (though over 100 languages are spoken throughout the nation). Try to learn a few words in Portuguese before you go or take a few language classes while you’re there, as speaking in Spanish can cause offense to some – as many misguided foreigners frequently (and wrongly) assume that Brazilians speak Spanish as well.

(and actually, it is Portuguese that is the most-spoken language in South America by a small margin – not Spanish!) 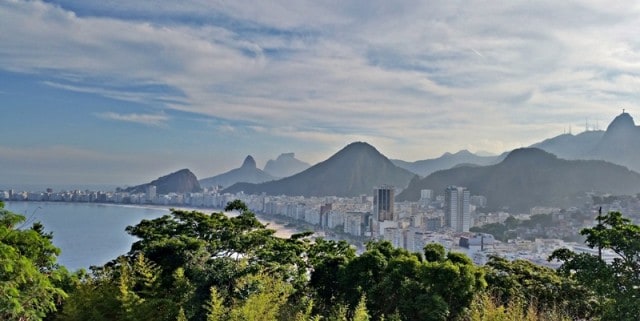 It’s all too easy to generalize, but Brazil a huge country. Measuring at only slightly smaller than the United States, and just as diverse, Brazil is so much more than just a wild jungle. Metropolitan cities, beaches, mountains, and much more make up the 6 distinct biomes of the nation.

Yes, Brazil definitely has forests (beautiful ones!), but it isn’t all Amazon (especially Rio).

You won’t find monkeys swinging through the beachside streets of Rio de Janeiro, though they aren’t far away. If you were looking forward to seeing some monkeys, have no fear, they’re plentiful but located off the streets and in the urban forests of Corcovado (where the Christ statue is located) and Morro da Urca.

Like all big cities, Rio de Janeiro (and Sao Paulo, and any other big city in Brazil) has its share of crime.

However, violent crime against tourists is very rare, and usually reserved for robberies gone wrong. If you are the victim of a robbery, protect your life by handing over your valuables without a fuss.

Most of the Rio de Janeiro popular tourist zone, called Zona Sul, is extremely safe, with tourist police located throughout for extra reassurance.

Don’t assume that every Carioca welcomes the upcoming Olympics with open arms. Just like the World Cup a few years ago, the Olympics is a major mega-event that brings just as many problems as opportunities – perhaps more, especially for the average Carioca.

While the Olympics was supposed to usher in a period of prosperity and investment, that hasn’t been the case. Brazilians have been suffering a harsh economic downturn, the most devalued currency in a decade, and a lot of unfulfilled promises. And there’s still almost a year left to the events!

During the Olympic times, many fear that apartment prices will continue to superficially soar, the city’s infrastructure will be overwhelmed, and locals will be crowded out of their regular lives – just like during the World Cup. 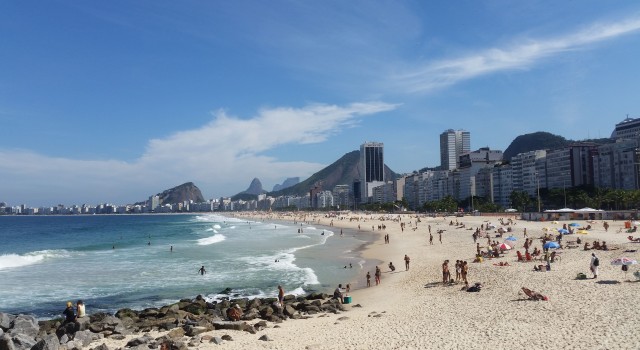 A quiet day in paradise, until an arrestao strikes

The ultimate image of Rio de Janeiro for many is sipping a lazy beachside cocktail, while watching the cool blue surf break, a jaunty Tom Jobim tune in the background.

This scene is true, but Rio’s beaches are also increasingly plagued with robberies and mayhem. Hordes of young men join together in what is known as an arrestao – or mass robbery – to wreak havoc on beach goers (examples in this clip here).

Good news is that police are cracking down on these arrestaos by stationing more forces on the sand in the summertime, to keep an eye on things. You can do your own part by leaving valuables at home (including electronics and jewelry), and anything you need to bring, watch it like a hawk.