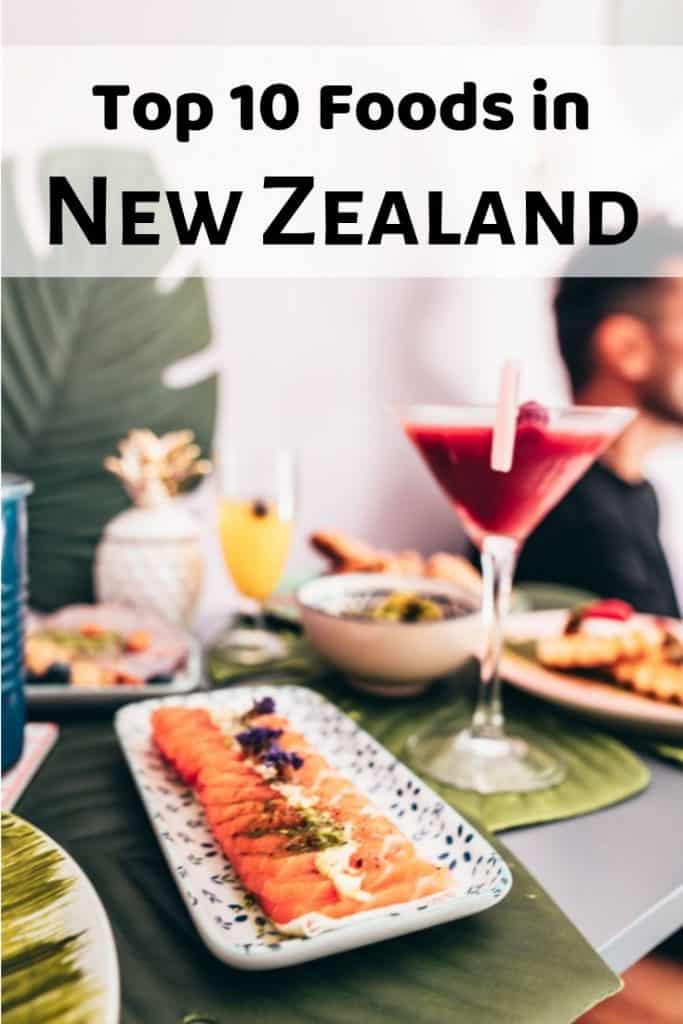 When you think of New Zealand, you may not immediately think of cuisine, but New Zealand food is magnificent. Awe-inspiring views, grand vistas, windy roads, and an abundance of wildlife are more likely to come to mind. The lesser known New Zealand cuisine is not to be missed; however, especially in a culture of farm-to-table meals and rich Maori traditions centered around food. There are plenty of things to do in this great country, but you certainly need to try the food and wine scene while you visit.

While I was living in Wellington for a year, I grew to love New Zealand food and the culture surrounding a traditional meal in this little bit of paradise – even concerning their deep fondness for McDonalds, or “Mackas”, as they like to call it.

From the wacky to the junk foods, to simply the delicious standard Kiwi fare, here are the top 10 foods you should try next time you’re in New Zealand.

Although the number of sheep in New Zealand has dropped in recent years, there are still six sheep for every Kiwi in the 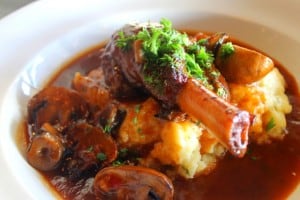 country. It’s hard to leave lamb off a list of Kiwi foods when you have th

ose odds. I’ve never been hugely into the taste of lamb, but if there was one country that convinced me to think otherwise, it was New Zealand.

Even though Kiwis like to say that their best lamb is generally exported, even the “lower” quality lamb you’ll find in New Zealand is probably going to be much better than any you’ll find at home.

There’s an age-old debate between Kiwis and Aussies over where pavlova actually originated from, but since the Oxford English Dictionary has sided with New Zealand and the oldest recipe comes from there, I’m including it on this list. Regardless of where this delightful sweet came from, there’s no doubt that it’s a big part of Kiwi food culture, especially for those unique occasions and holidays, such as Christmas.

Pavlova is a meringue-based dessert that is usually topped with an assortment of fruits, especially strawberries and kiwi fruit. It was named after the Russian ballerina, Anna Pavlova, who toured Australia and New Zealand in the 1920s. 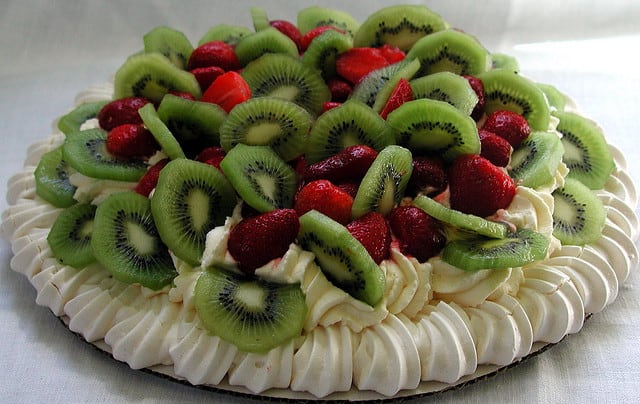 Kiwi candy has its own special category because of how varied and intriguing it is. While I was in Australia there were a ton of candy brands I recognized, but when I first arrived in New Zealand there were hardly any names I knew besides Cadbury.

This was actually great because I could be a kid again and discover new candy I had never heard of nor tried previously. I soon realized how much they enjoy their fruit-flavored candies and chocolates. A few classics to try would have to include chocolate fish, pineapple lumps, Jaffas, Perky Nana, and a block of Cadbury Black Forest. Whittaker’s chocolate is also one not to miss. 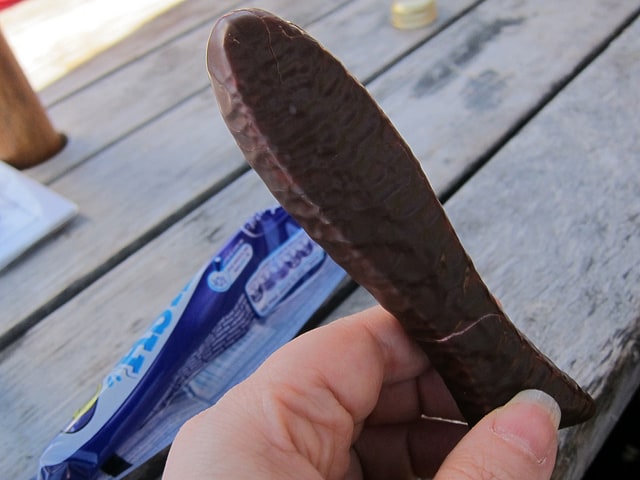 Following up the sweets trend (I promise that’s not all there is for Kiwi Food), Hokey Pokey is the most popular ice cream in New Zealand. For the longest time I didn’t even know what exactly was in Hokey Pokey since all of the Kiwis I asked didn’t exactly know – they would just say “it’s Hokey Pokey!”

It turns out those solid lumps in the vanilla ice cream are honeycomb toffee, and let me be the first to tell you how delicious they are. If you love ice cream as much as the next sane person, do yourself a favor when you arrive in the country and head to the local grocery for a tub of Tip Top Hokey Pokey. You can thank me later. 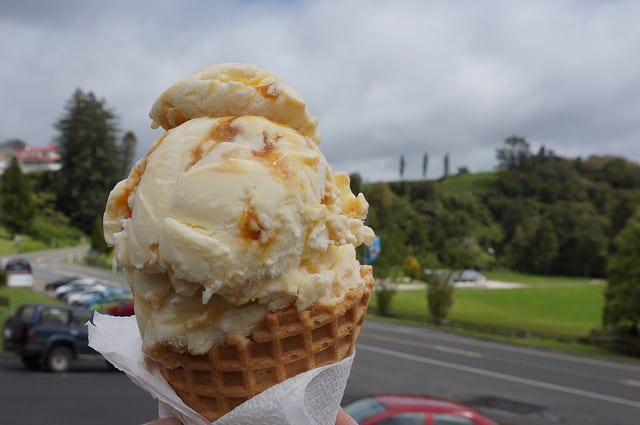 Green-lipped mussels are especially a favorite in New Zealand because it’s the only place in the world where you can find them. Even if you’re not a fan of food that comes from the sea, it would be poor form not to try a few of these mussels when you’re in the country.

These large and fatty mussels are also known for their health benefits, especially with aiding in arthritis issues and their use as an anti-inflammatory. 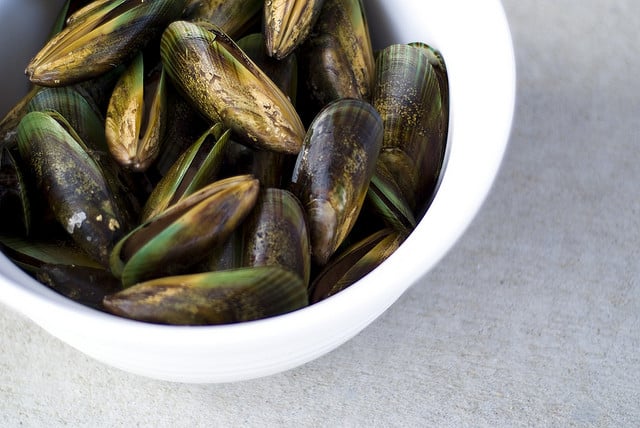 A sausage sizzle is exactly what you would think it would be – a barbecue with sausages. However, it’s included on this list because a sausage sizzle is not just your average ballpark cookout. It’s very much a part of the Maori and Kiwi culture as a whole in New Zealand. It’s not unusual to see a sausage sizzle while walking down the street, either raising funds for a charity or just offering cheap barbecue fare.

Sausage sizzles are also a popular facet to Kiwi parties and get-togethers and integral to any discussion of the best New Zealand food. Think of it as the Kiwi version of a tailgate party in some ways. Sausages tend to be served with a piece of white bread, tomato sauce, and caramelized onions for a deliciously quick and communal meal. 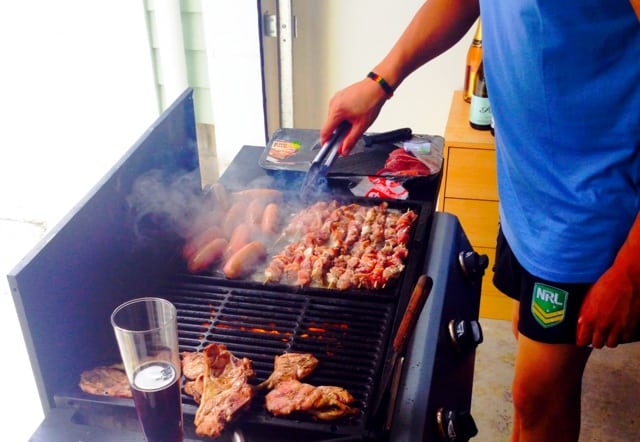 This Kiwi classic actually originated from Britain, but it has taken on a sense of national pride in New Zealand and is seen as the rival to the Aussie’s favorite yeast extract of choice, Vegemite.

Get into the local spirit and have it on toast for brekkie, just don’t treat it like Nutella and smear it on thickly. There’s a science to the amount of butter vs. Marmite. It’s only meant to be a silver lining, not the whole cloud. 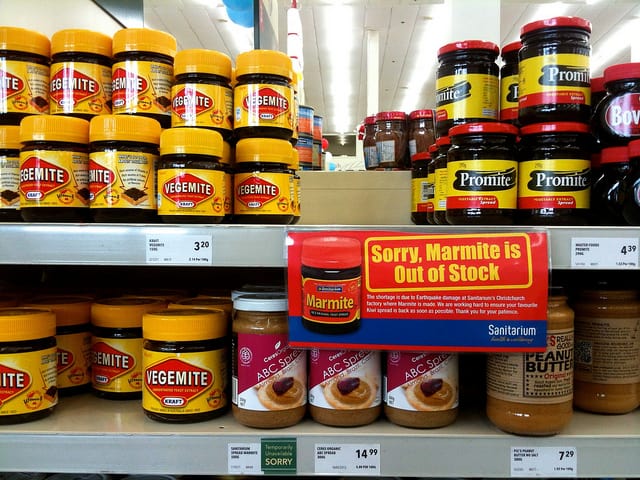 If you want to truly experience the local Maori culture, taking part in a hāngi (“hung-y”) is a must. There are a few tourist attractions, especially out of Rotorua that offer a visit to a traditional Maori village and include a hāngi meal. Although that’s great if you’re just in New Zealand for a short time, if you have a chance to experience an authentic hāngi with Maori friends it’s a much better way to go.

A hāngi is possibly the best type of New Zealand cuisine from a cultural (and taste) standpoint. It’s centered around a feast that is cooked for an extended amount of time underneath the ground. Think of a succulent dish where the meat falls off the bone and you’ll have an idea of how tasty a proper hāngi can be. 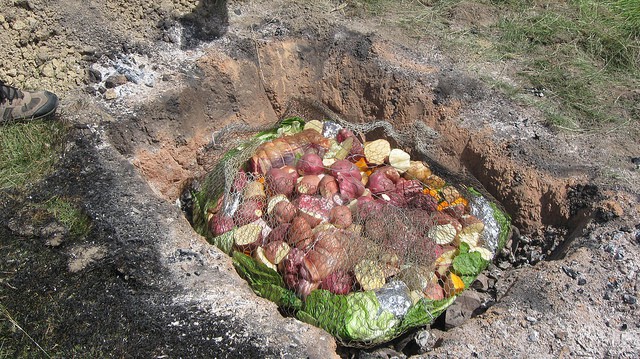 Originally from South America, a feijoa (“pha-joe-a”) is another item of food that the New Zealand culture has embraced fully. This fruit is similar to a guava and is popular in the autumn in New Zealand. It’s generally in abundance at local grocery stores from March until June.

Around this time, you’ll see feijoa flavors in everything from ice cream and smoothies to even craft beer. The fruit can best be described as a mix between pineapple, guava, and strawberry. 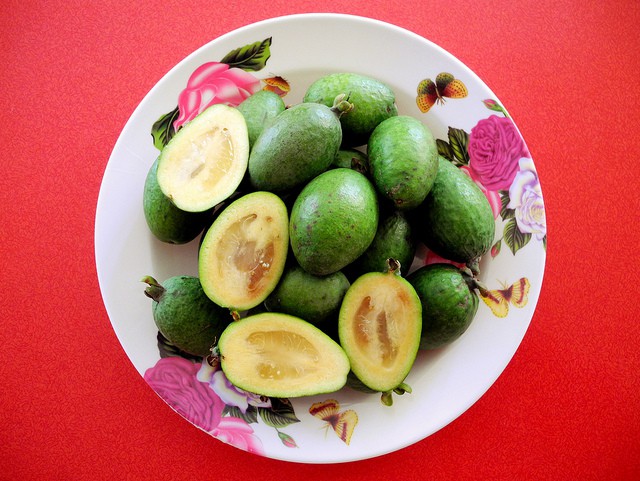 L&P, “world famous in New Zealand since ages ago” as the Kiwi slogan goes, is a favorite drink found in pretty much every bar, convenience store, and restaurant, and stands for Lemon & Paeroa. Is it technically a New Zealand food? No, but it’s so tasty!

It originated by combining lemon and carbonated mineral water from the small town of Paeroa on the North Island, but today it’s manufactured in bulk by Coca-Cola. It’s basically exactly what it sounds like, refreshing carbonated lemon water, without the amount of sugars you would normally find in most soda drinks. It’s only found in New Zealand and it’s a great one to try on a hot day! 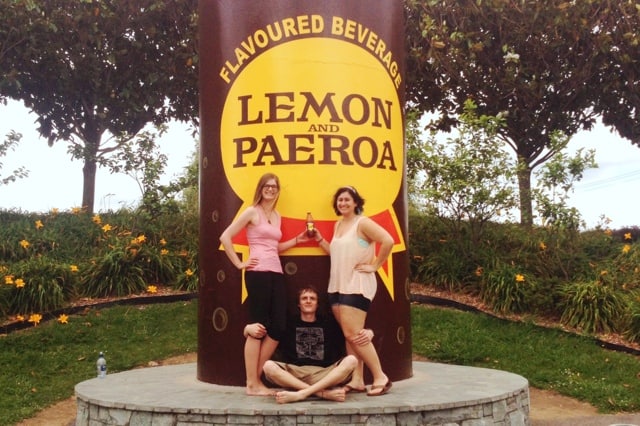 If you’re looking to be a bit more adventurous with your New Zealand cuisine, make sure to try a huhu grub while you’re in the country.

A huhu grub is the largest endemic beetle found in New Zealand and they used to be a popular Maori delicacy. To give you an idea, it looks like a maggot but larger.

If you happen to be in Hokitika around March, you should check out the Wildfoods Festival which offers up such treats and much more in the form of scorpions, cicadas, and goat’s balls. Otherwise, you can generally find huhu grubs in nature out on a hike. They like to hang out under damp bark or in the crevices of rotten wood, and they taste like peanut butter when they’re eaten fresh. It is the perfect kind of food to have when you are camping in New Zealand. 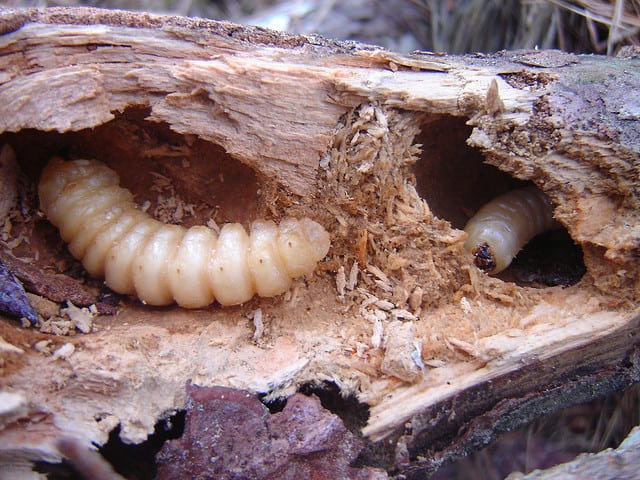 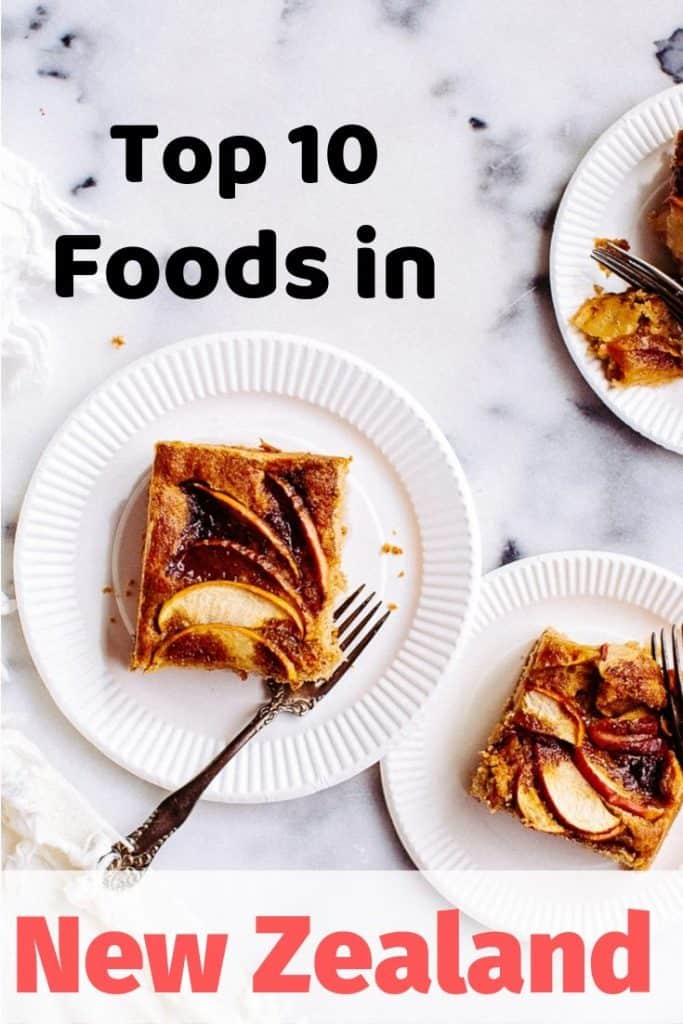 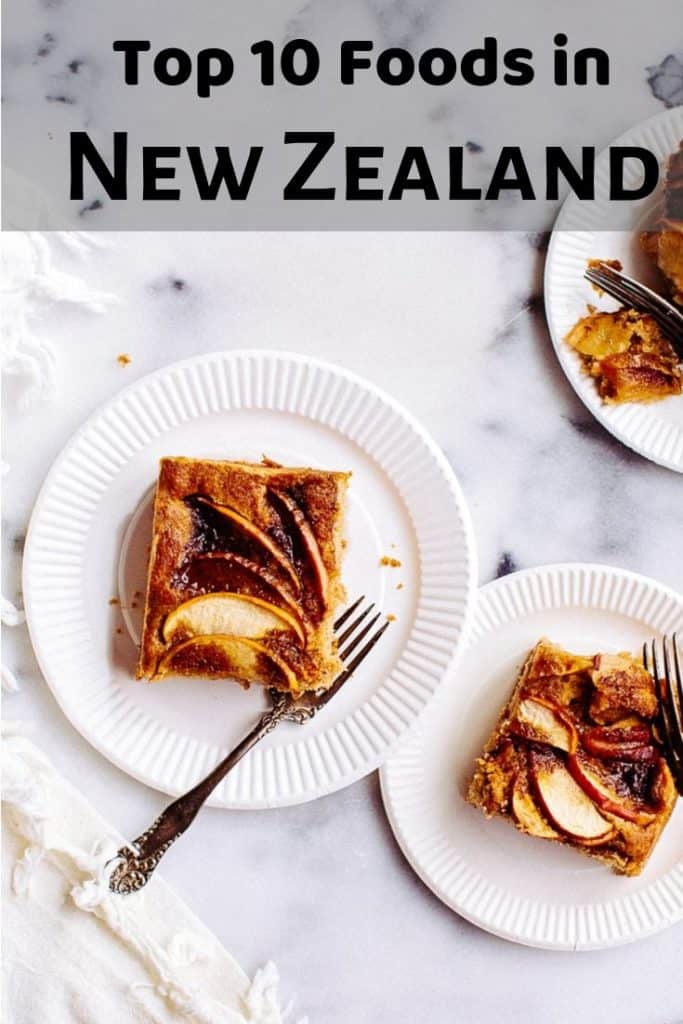 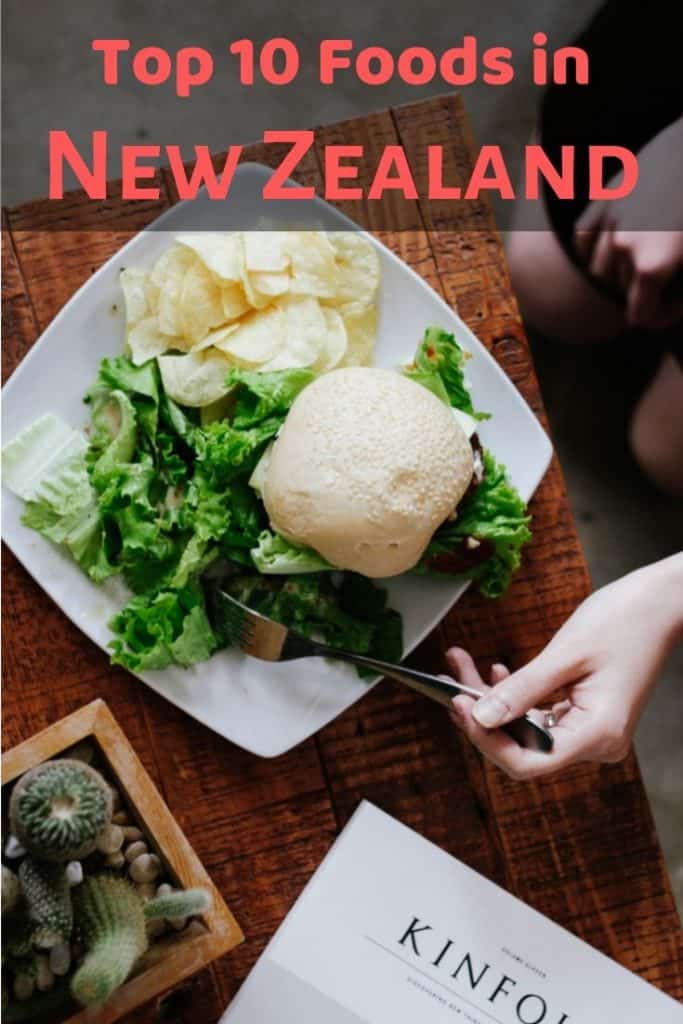 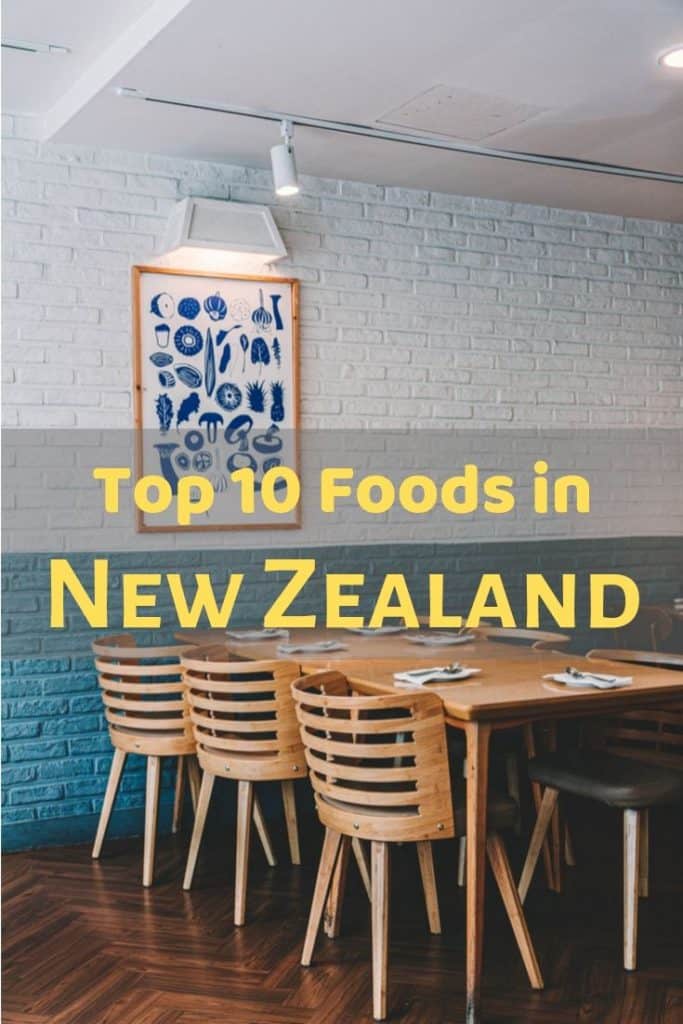 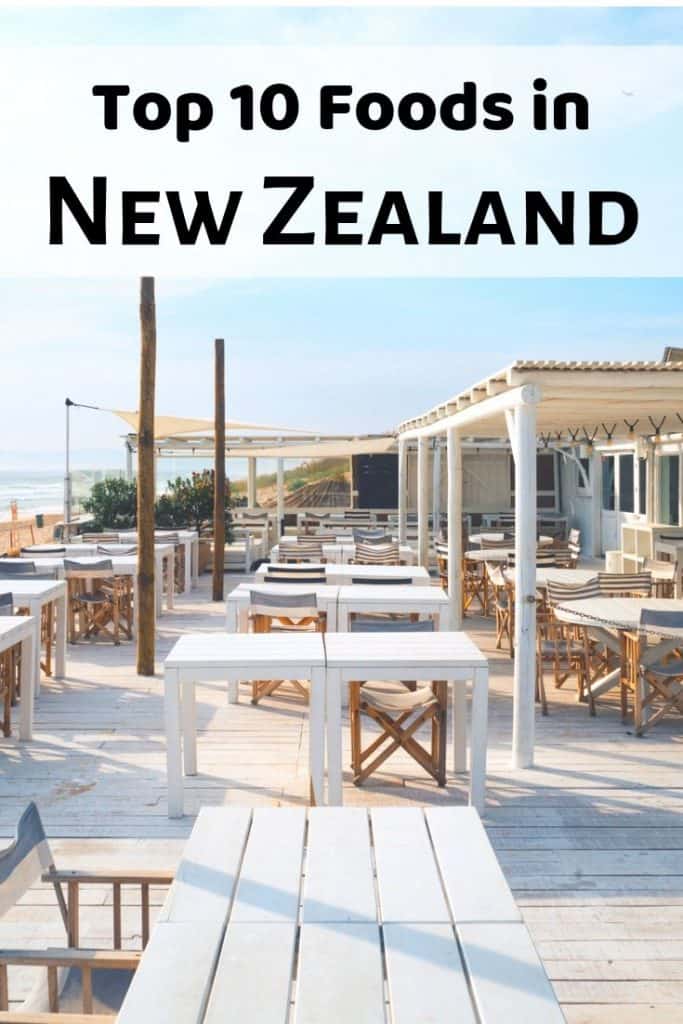 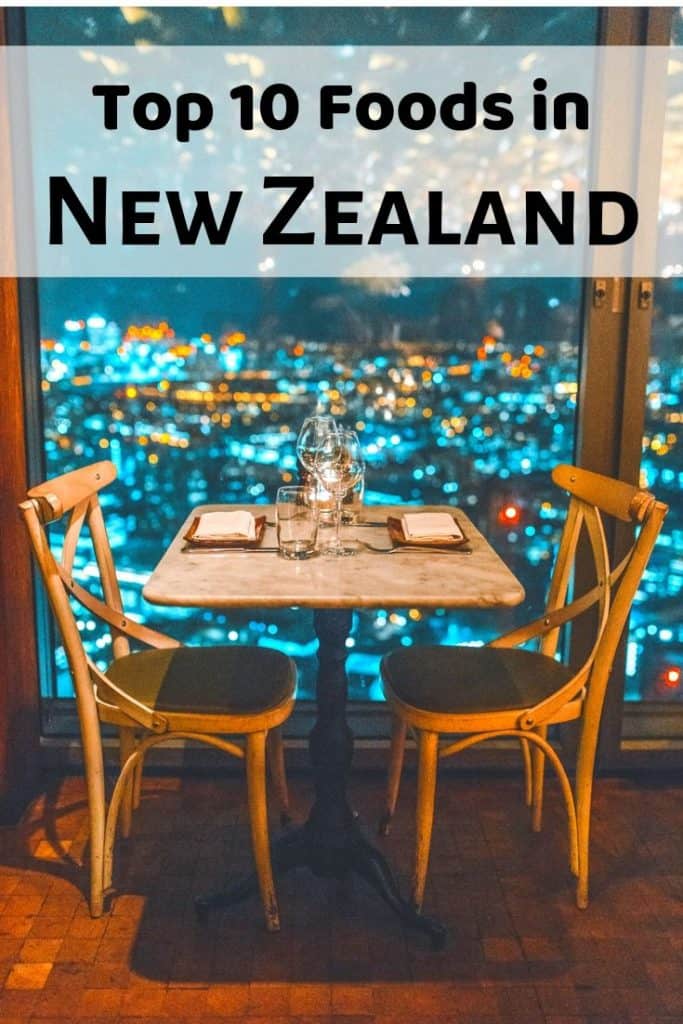 Top Monuments and Landmarks to Visit in New Zealand