Milan can be a major surprise even if you have previously heard, read, or seen films about this city. It certainly deserves to be on the list of the world’s must-see places too. Milan is the place to go for fashion, good food, and fa wildly fun nightlife.

What more could you want from a city? 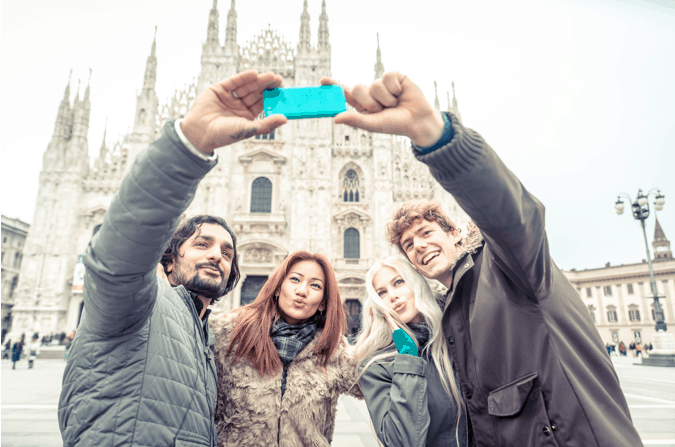 Milan is the birthplace of the two strongest Italian football league teams – Inter and AC Milan. The latter, by the way, belongs to the former Italian Prime Minister Silvio Berlusconi, who is a great football fan. Both teams are playing in the San Siro stadium, which is also the biggest in Italy. Hence, if you just love football and would like to get a chance to see how real professionals are playing it – Milan might be a perfect place to do that.

The aperitif tradition belongs precisely to local Milan people, and in general, this tradition is one of the oldest Italian gastronomic customs. This is a good way to keep your dinner guests busy for a while making interesting conversation over a glass of fine wine or another beverage. Aperitifs are finger food meals you enjoy while having pleasant conversations with people before big and fancy dinner. Almost all of Milan’s bars and cafes offer an aperitif, which traditionally consists of appetizers with perfectly complementing cocktails. Traditional snacking time in Milan is between 7 and 9 PM. 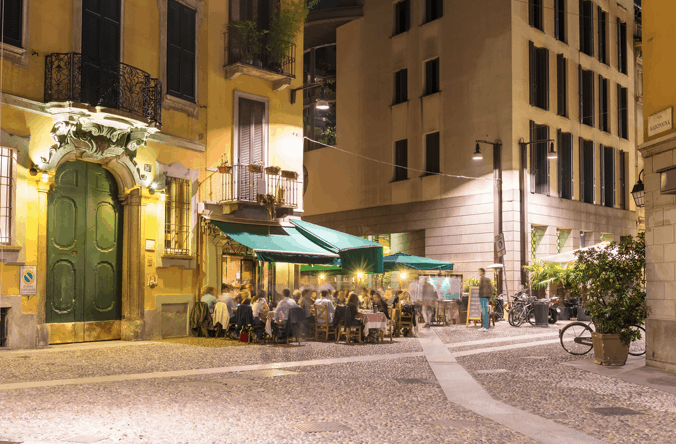 In the world of culinary and flavors, Milan really stands out from all the Italian cuisine’s background. In fact, Milan is much less characterized than other Italian cities by the traditional pizza and pasta dishes. Some of the most typical Milan dishes include: Risotto Milanese (rice with saffron), Ossobuko (stewed calf’s foot) and Coto Letta alla Milanese (fried beef roast).

In Milan, fashion for people is not only beautiful clothing but more like the mood of the day, not a litmus test that checks the status of social life and his success. Because of that, Milan is also considered being one of the capital cities of fashion as well, as here for many years various fashion weeks are being hosted, and many world famous designers have their exquisite boutiques opened here as well. 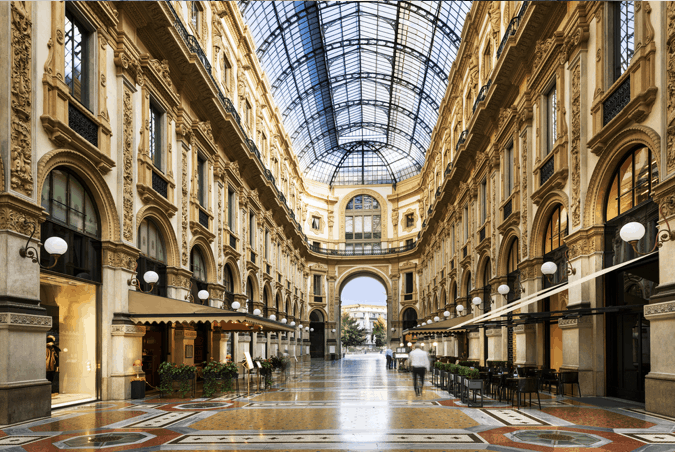 Business card of Milan is without any doubt the so-called Vittorio Emanuele II Gallery, located in the central square of Piazza del Duomo. It was this gallery that has turned into a modern shopping center, often seen on postcards and magazine covers all over the world.

Through January and early July, Milan has sales where everyone can buy original clothing from famous brands, sometimes even several times cheaper than they usually cost. But the most interesting fact is that some of the world’s best fashion creators live in the same gallery. So frequent buyers here can meet Giorgio Armani, whose apartment is directly above his store. The designer often gets down to talk with customers and tourists.

Things to Do and See in Milan

My home away from home — Girona and Costa Brava