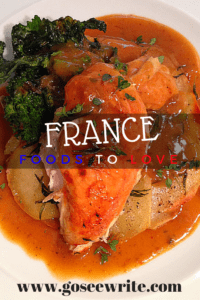 The French are known for romance and amazing culinary skills. There is not one aspect of the culinary world or food that the French are not involved in except maybe sushi. France and the French have long been leaders of food culture and cuisine, offering travelers a lifetime of dining opportunities. Our list of favorites is very long but we can quickly single out some of our favorite French dishes. 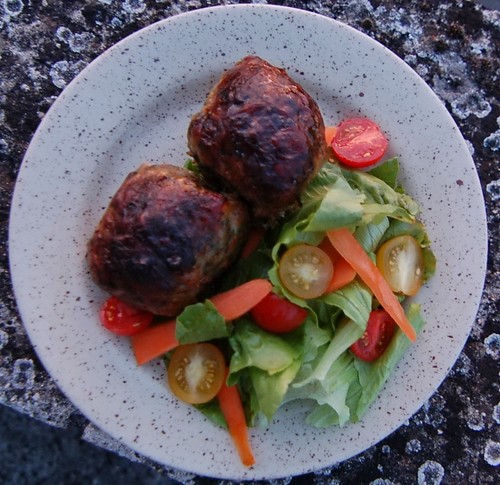 We first learned about this dish from our hosts in the small French town of Les Vans. It’s a delicious mix of ground pork, liver and greens like swiss chard, spinach and fresh herbs, then shaped into balls and baked until golden. We were told that you could recognize people of lesser means as they would have more greens and less meat in their caillette, meanwhile, the richer folk would have a higher meat to greens ratio. Read more about caillette and try them at home. 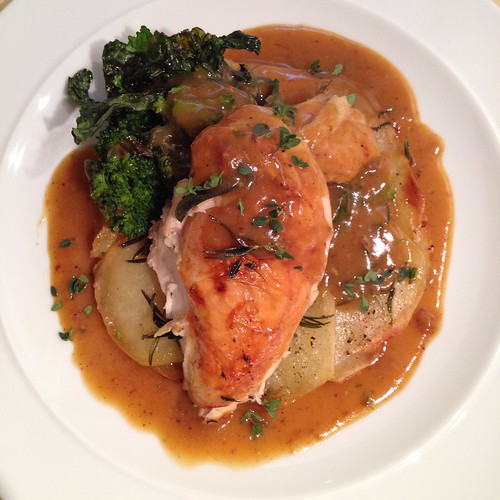 Recently on my regular trip to the dollar store, I rescued chef Pierre Gagnaire’s cookbook Reinventing French Cuisine. I paid 3 bucks for a new book that had sold for $78cdn and chronicles the career of one of France’s superstar chefs. I first opened the book to a recipe that was on every menu in Lyon back in the year I was born, 1966, Poulet au Vinaigre. Simple ingredients prepared using some of French cooking’s most prized techniques like caramelization (color is flavor!) and reduction (reduce and concentrate) along with a good hit of cream at the end just the way Julia would have wanted. Firmly in my repertoire now, it’s a classic that never fails. 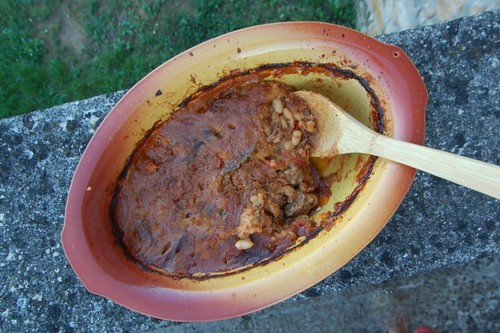 A classic of the Languedoc area, cassoulet is a bean (lingot) and meat (mutton, duck confit and pork sausage) dish that takes its name from the earthenware casserole it’s cooked in, the cassolle or cassolo. The secret to a great cassoulet is in the secret of the seven skins. The crust that forms on top should be broken and pushed down seven times with the back of a wooden spoon over the course of its very low and slow cooking. The dark crust thickens and enriches the beans and gravy below developing more flavour each time. This is a dish for a party and worth the time and effort.

Always a favorite when I have a piece of puff pastry I can use. The simple and rustic tart flipped onto a nice serving plate always impresses and is pretty simple to put together. A basic caramel is made in a heavy bottom pan that will go in the oven, peeled and quartered apples are added and cooked for a minute in the caramel before being arranged nicely, covered with a round of puff pastry and fired into a hot oven. I have also used pineapple, pears, mangoes and bananas for a tatin applying the same basic technique. You can’t really go wrong with caramel, fruit and pastry. 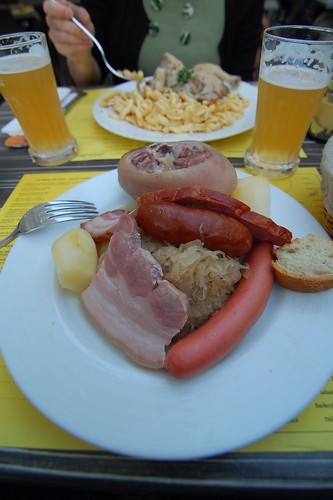 French for dressed sauerkraut this is a French dish with German influence. It is a mix of cheap cuts of meat that usually include ham hock, several different types of weiners and sausage, a slab of bacon, some potatoes, onion and of course, sauerkraut. If you like meat, you will love this dish and the servings are usually big enough to share. A frosty pint of Kronenbourg would not go amiss with this dish either.

Whether it’s slow food, “à la minute”, 3-star or bistro food, the French have it covered. The beauty in French cooking is not only in the ingredients but in the technique and preparation. Visit any part of France and discover a regional dish that could blow your mind and when all else fails, a baguette, some cheese and a bottle of wine makes an awesome dinner too.