Skip to content
Home » Destinations » 8 Hours in Amsterdam: An itinerary for an Amsterdam Layover 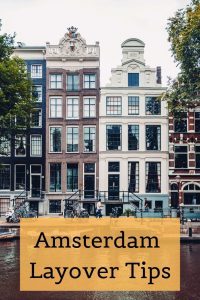 Getting from point A to point B can sometimes be the worst part of travel. I like arriving; I like getting there; I like point B. If you plan for it, are open to the unknown, and can stay awake for long periods of time, the journey to your destination can be an adventure of its own. I mean, who needs sleep anyway? That said, if you are going to have something like an 8-hour Amsterdam layover… how do you best make your use of your time?

We purposely booked a long layover in Amsterdam in hopes of getting out and exploring the city. First, we had a layover in Boston during which we ate, drank, and walked around the airport. I didn’t think we had enough time to get out of the airport and going through US customs twice in one day isn’t my idea of a good time.

“It’s all about the journey, not the destination.”

After an overnight flight from Boston to Amsterdam, including a time change, we arrived slightly worse for wear. Let’s have a moment of silence for the man who puts up with a tired and hungry Trish. 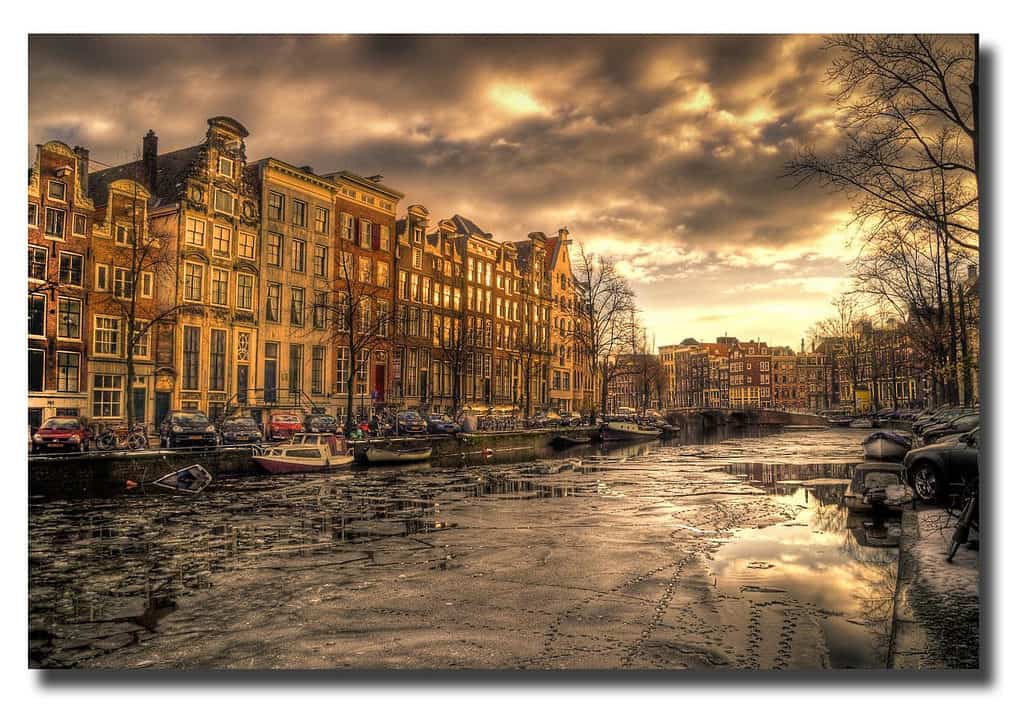 The border security officer rolled his eyes at me when I explained that I was only on an Amsterdam layover for 8 hours. I suppose he thought it wasn’t enough time to truly experience the city, or maybe he thought it was because when he asked where I was going I said, “Prague”, or maybe he just doesn’t give a shit and was waiting for his shift to be over. Jokes on you, border security man who definitely forgets our tiny interaction by now, I had a fantastic time in Amsterdam!

If you ever have a layover in Amsterdam and are wondering if you have enough time to get to the city and explore, the answer is yes!

Here is the perfect itinerary for experiencing Amsterdam in 8 hours!

*based off the hours that I experienced.

Conveniently, the metro runs directly underneath the airport. Get a ticket and take the metro to the center of the city, Damrak. Damrak is the avenue and canal that runs between Amsterdam Central in the north and Dam Square. The commute there only takes 15 minutes but with customs, a bathroom break, and the pre coffee sloth paced walking, it takes a little bit more time.

For the love of all things precious and good, get a map.

Spend the first hour or so getting acquainted with the city. Every single block in this city looks exactly like the one you just walked away from. Thankfully, Vit had been there a few times before and had a good general idea of where we were heading.

Check out Dam Square – one of the most well known areas of Amsterdam, Spui, and Zeedijk – the old center. Grachtengordel is another place you’ll want to see; here, you can walk around the streets and take in the 17th century canals that were added to the UNESCO World Heritage List in August 2010. 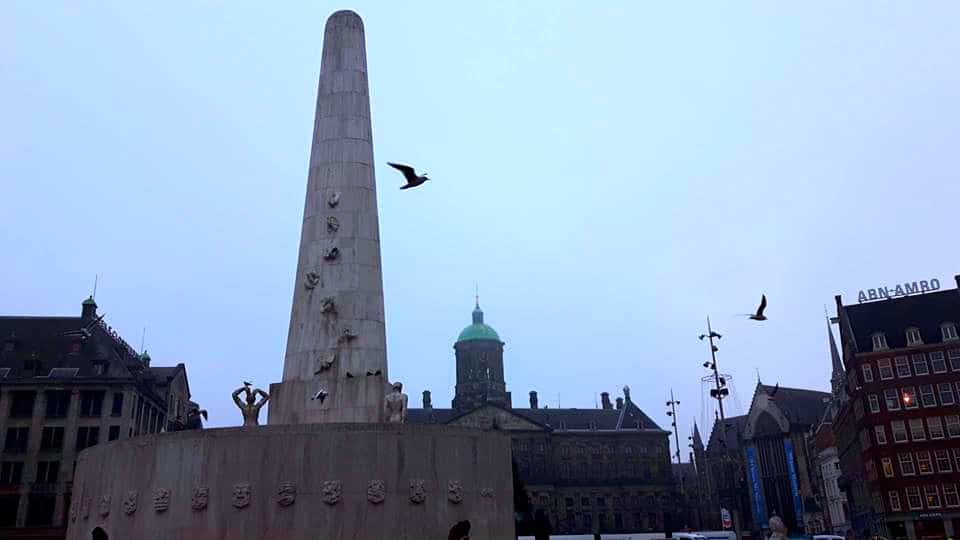 Tip: Amsterdam is a very bike friendly city. It would not be very friendly of you to walk out into the bike lane without looking both ways. Don’t cause an accident!

Take a tour of the red light district. You’ve probably heard about this famous streets and assume that it’s all sex shops, brothels, and prostitutes. After visiting the city for myself, I can tell you that those assumptions are… true. They are very true.

This early in the morning is, in my opinion, a slightly less awkward time because it’s daylight and no one is really out yet. A tour will provide you with all the information you want including some dos and don’ts of the street.

Cruise the canal! There are a variety of options when it comes to going on a canal cruise in Amsterdam. Why walk along the canals when you can float around on them? There are cruises being offered every half hour or, if you have more time, you can choose between a kids cruises, night cruises, and dinner cruises. 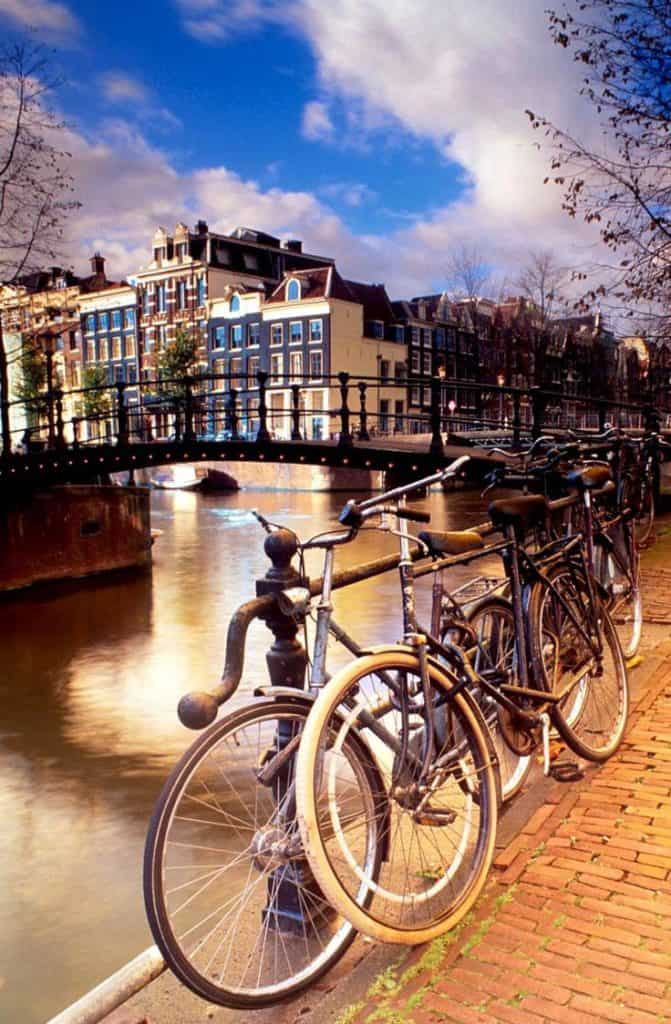 Take one more walk through the Red Light District if you want to see a bit of life start to come into the street and then get back to the airport.

This is coming from someone who once showed up 6 hours in advance and had the airline staff apologizing for the misunderstanding. There was no misunderstanding, I like to be early.

Leaving the city at 2:00pm gave us ample time to get back to the airport, through security, and to our gate. Of course, our flight was then delayed for 2 hours giving me some time for a much needed nap.

Eight hours doesn’t seem like a lot of time to spend in one city but we left with tired smiles feeling as though we just went on a trip to Amsterdam rather than feeling like we just trudged through another long layover.

What are your favorite things to do in Amsterdam? 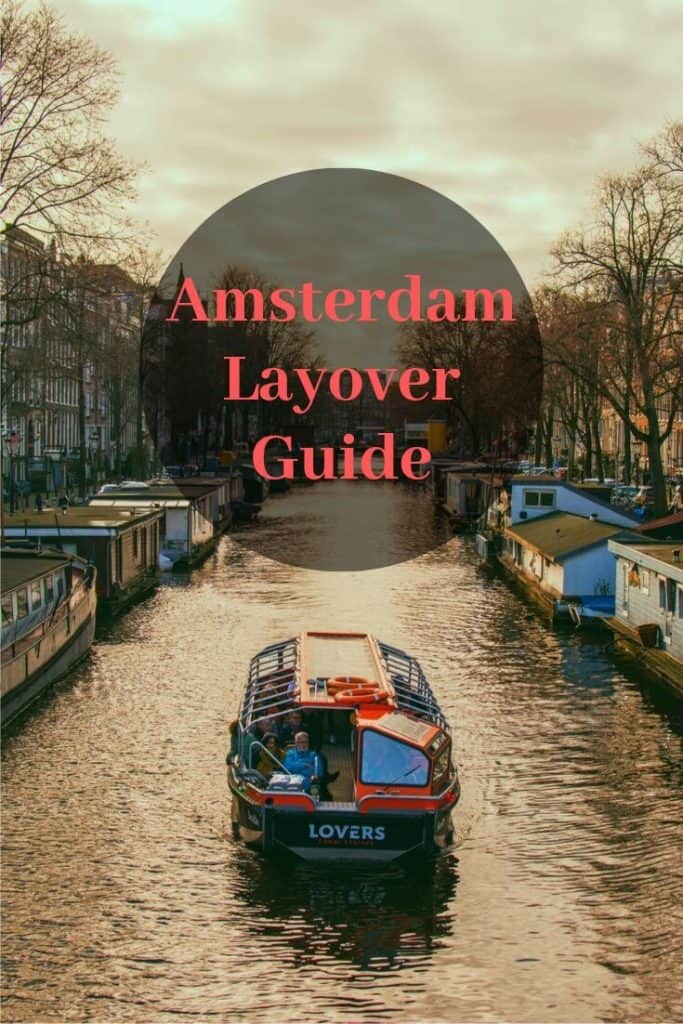 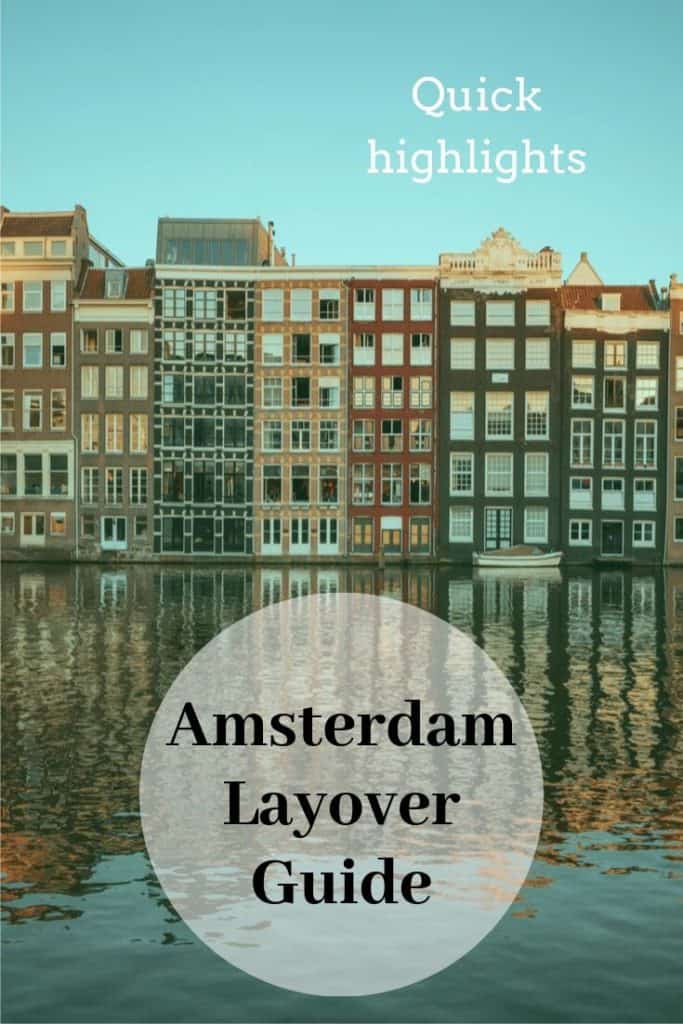 Venice Of The North: Falling In Love With Amsterdam

Amazing Tours To Help You See The Most Of Amsterdam

5 Things to do on a long layover in Iceland

6 thoughts on “8 Hours in Amsterdam: An itinerary for an Amsterdam Layover”