Skip to content
Home » Blog » 10 Facts About The Colosseum 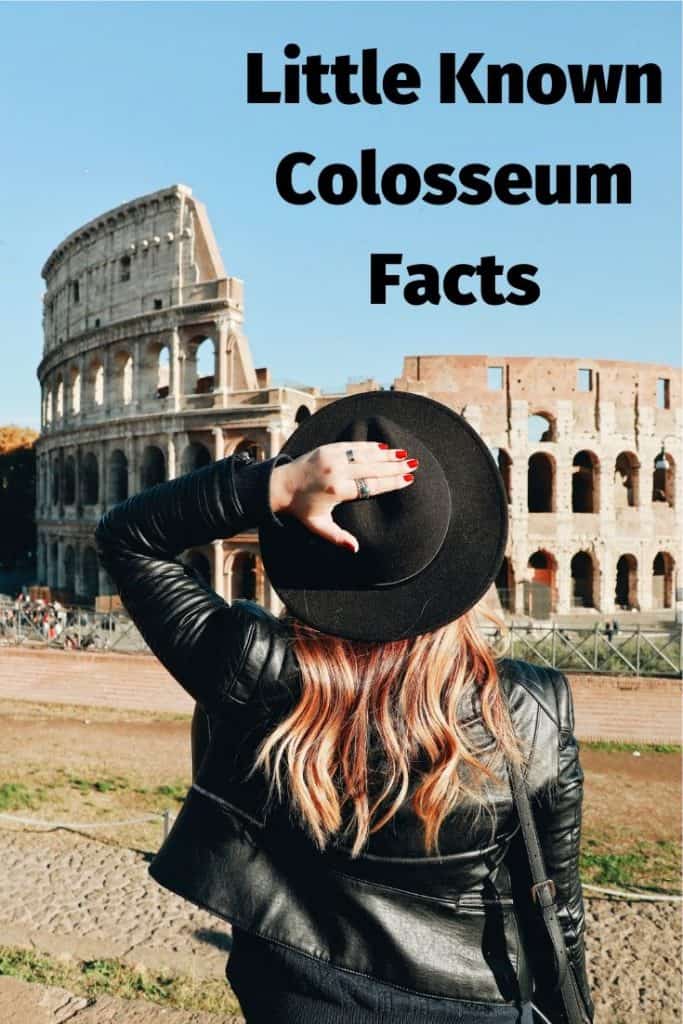 If you’ve watched Spartacus, you might fancy yourself a bit of a gladiator guru and well educated on the Colosseum. As fantastic as the show is to watch (I’m a huge fan and currently re-watching), not everything you see is accurate and it’s important to remember that although it’s based on a real Thracian gladiator called Spartacus, there are certain elements that have been embellished for our viewing pleasure, but these are 10 facts about the Colosseum you should know.

Speaking of viewing pleasure, boy, did the Romans ever love a good show. Here are 10 facts about the Roman Colosseum, that I learned on my tour with Walks Of Italy, ranging from interesting to downright disturbing.

The first games were held in 80 CE and ran for 100 days. Games continued to be held until the 6th century.

The amphitheater was built with 80 (76 for the general public) entrances and was built in such a way that it would only take 15 minutes to fill and 5 – 10 minutes to evacuate. You guys. There was seating for over 50,000 people. What other building do we have in the world today that can evacuate that many people in 5 – 10 minutes?

It is estimated that about 500,000 people and over one million animals died in the Colosseum.

What kind of animals? In addition to lions and tigers, which is probably what first comes to mind, men also fought against rhinos, hippos, crocodiles, giraffes (I mean… come on), elephants, gazelles, antelopes, jackals, ostriches, hyenas, cheetahs, panthers, and bears. I’m not done… there was also leopards, donkeys, camels, horses, rabbits (those vicious monsters), deer (we all remember Bambi), boars, and wolves. 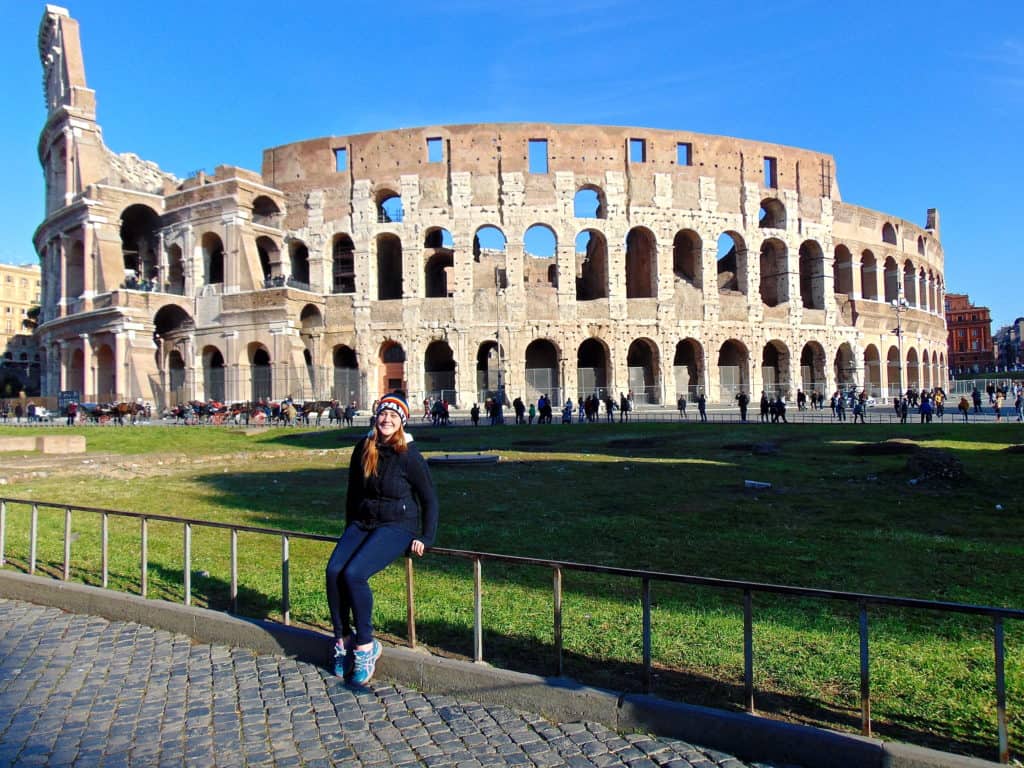 Gladiators did not fight against animals. Whaaaat? I know, I just told you that they did. Hear me out. The men sent in to fight the animals were not gladiators. They were bestiarii. One group of bestiarii were criminals or prisoners condemned to death and the other group were men who volunteered to fight the animals in exchange for pay or glory. I don’t know about you but no amount of “glory” is getting me face to face with an angry lion.

In addition to the aforementioned bestiarii, there were many other types of Gladiators. Some charged blindly toward one another on horseback while others fought on foot with helmets and swords. Many gladiators worked hard to be muscular but also wanted a layer of fat, especially on their bellies, so their vital organs were protected. There were also gladiators who were smaller (comparatively…) so they could move around faster. 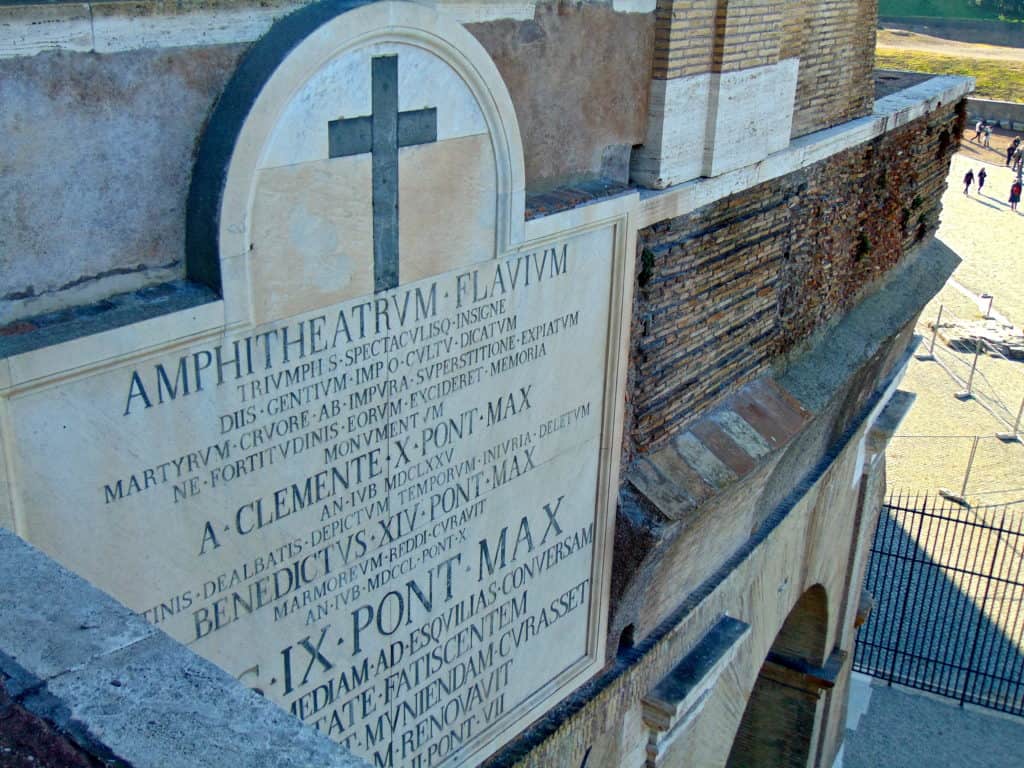 The Colosseum was flooded and used for mock sea battles but no one really knows how they drained it. It’s much easier to flood something than to drain it and experts can’t come to a conclusion on exactly how it was done. Opinions welcome!

As you can imagine, with all that was going on in the Colosseum, the men (mostly slaves) underneath would get all kinds-a nasty leaking down on them. Think of every single type of liquid that can come out of a human body. I won’t go any further with this one. 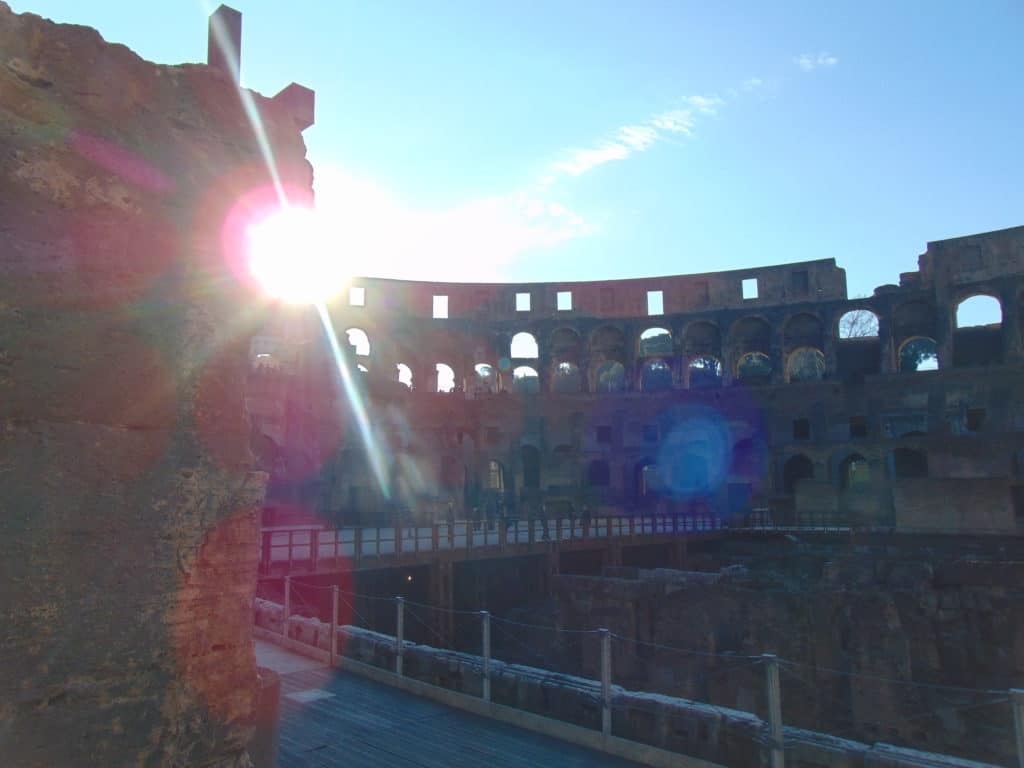 The Colosseum was a popular place for black market trades and sales. Names of goods were carved into the walls, indicating that this would be the place to go. Unsurprisingly, the meeting places would have to be changed often as carving what you’re selling into a wall wasn’t the sneakiest way to go about it. Imagine nowadays walking up to a sign on the wall that says “DRUGS” and just waiting for a dealer to show up. Granted, the signs I noticed were for products like “vino” which, thankfully, I don’t have to buy on the black market today.

Attending the games at the Colosseum was absolutely FREE! But… that didn’t mean that everyone got to go. In order to enter the Colosseum, you had to have a ticket, or tessara, which was originally a small disk of clay or bone engraved with a seat number, a tier number, and a sector number which indicated which entrance gate was to be used. Obviously, the important, powerful, and wealthy people of Rome were the only ones with guaranteed tickets and the best seats. The first and second tiers were strictly reserved for the Emperor and his family, politicians, senators, and others of importance. Anyone else would have to try to obtain a ticket in advance, wait in line, or try their luck in the black market.

There were vomitorium in the Colosseum but that may not be what you think it is. It is often mistaken that vomitoriums were used by Romans in this time in their homes for binging and purging. You know, for when you finish your meal and can’t wait to have more so you vomit and head back to the dinner table. Yuck. These types of vomitoriums didn’t actually exist at this time. The vomitoriums in the Colosseum were much different. The word was used to name the passageways that led people to their seats. Nothing to do with puke at all! That being said, I’m sure the games caused some vomiting now and then, there just wasn’t a specific place to do it.

Like I said, I learned all of this information, and more, during my VIP Caesar’s Palace Tour with Colosseum & Roman Forum with Walks of Italy while I was in Rome. We got to walk into the home of Rome’s first Emperor, Augustus Caesar (nephew of Julius Caesar) where, previously, only archeologists and historians were allowed to go. If that doesn’t tickle your fancy, then you’re weird and we can’t be friends. Kidding! There are lots of other tours offered by Walks of Italy. Get out of the city on a day trip, walk where the gladiators walked, or take a break from all the death and enjoy a pasta cooking class.

Do you know any interesting facts about the Colosseum or the gladiators? I’d love to hear them… let me know! 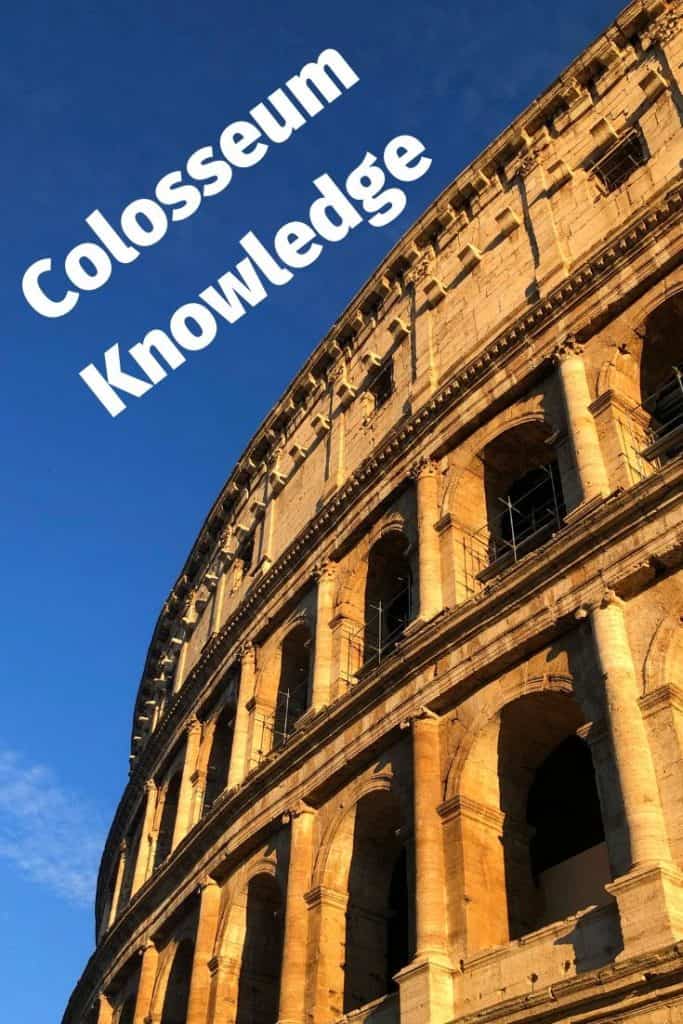 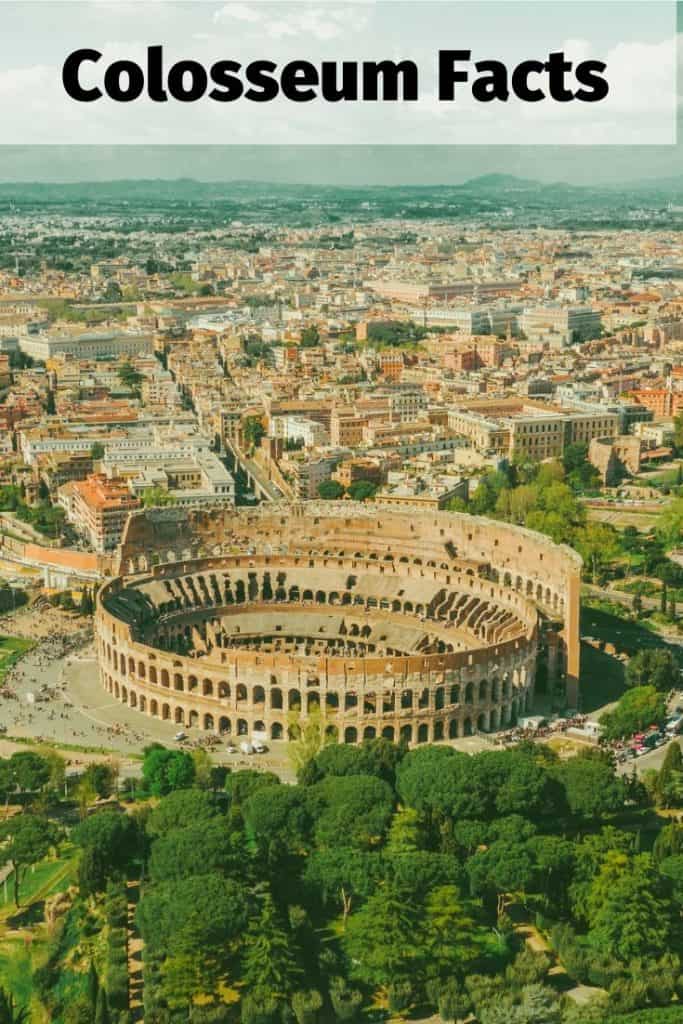 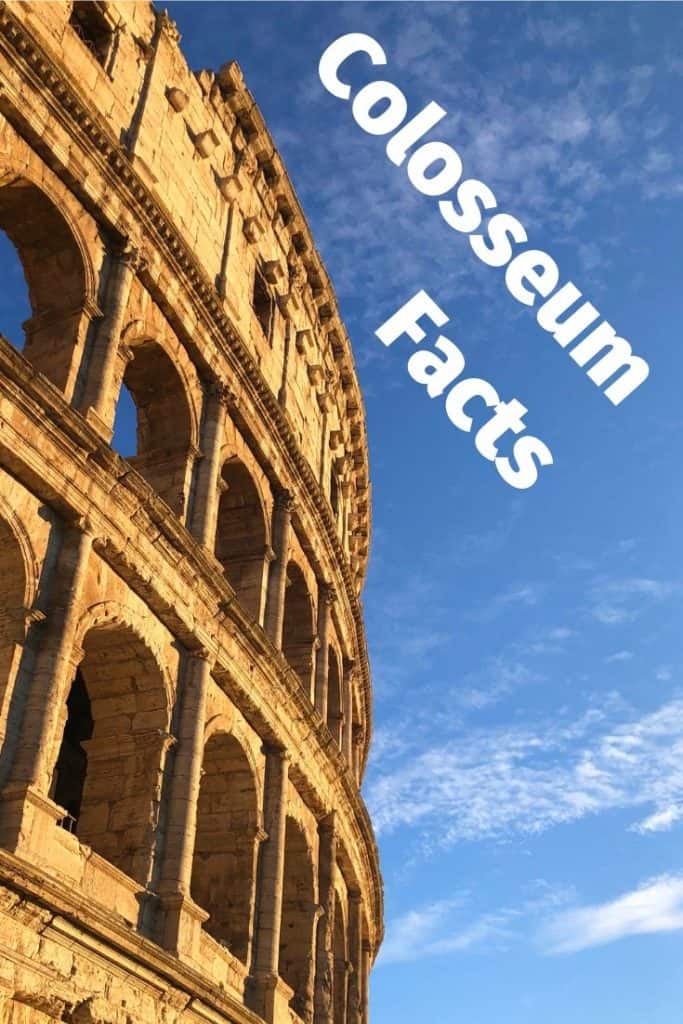 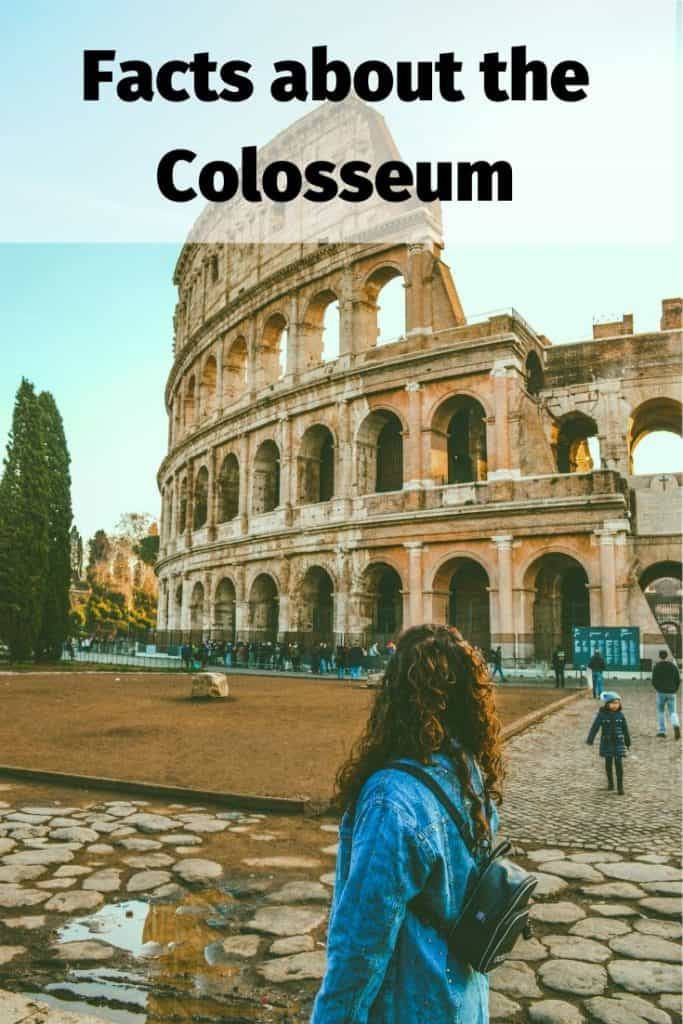 A Special Day of Touring in Rome

6 thoughts on “10 Facts About The Colosseum”