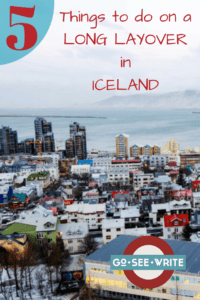 Iceland is on the rise as the new hot destination for adventurous travelers. One of the reasons for this is because Icelandic airlines now offer cheap flights between North America and Europe with a long layover in Iceland. With limited time in Reykjavík, Iceland’s capital, maximizing your activities is key.

You might not have time to drive down the southern coast to explore some of the other amazing sights in Iceland, but here are 5 fun things you can do on a long layover in Iceland that are relatively close to Reykjavík.

Explore Reykjavík on a walking tour

Reykjavík is a beautiful little city that’s absolutely worth spending some time. As soon as I arrived I joined a free walking tour that was fun, informative, and a great way to dive right in to learning about the city. 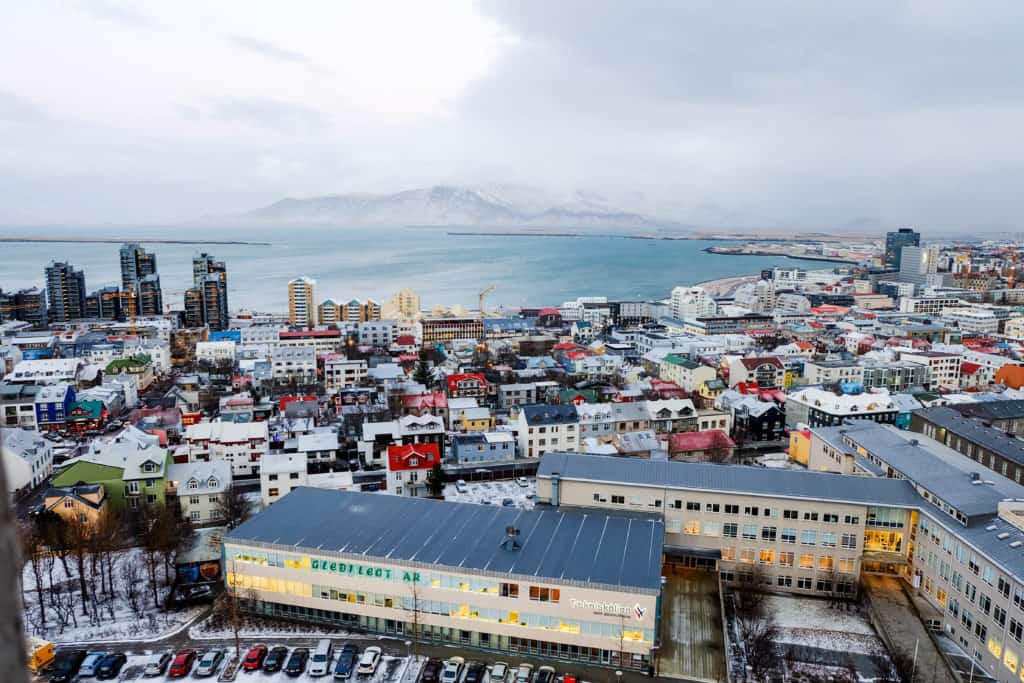 One of my favorite places in the city was Hallgrímskirkja, a uniquely shaped church with a stunning panoramic view of the city. The church itself is interesting but the view is breathtaking and worth the entry fee. You can see the colorful rooftops of the main downtown area and on a clear day, you can even see some gorgeous snow-capped mountains across the water.

You’ll need to either rent a car or book a tour, but the Golden Circle is a must-see. This drive can take a full day and will bring you through some of Iceland’s southern uplands. You’ll see beautiful views of Iceland’s countryside in addition to Strokkur Geyser, Thingvellir National Park, and Gullfoss Waterfall. 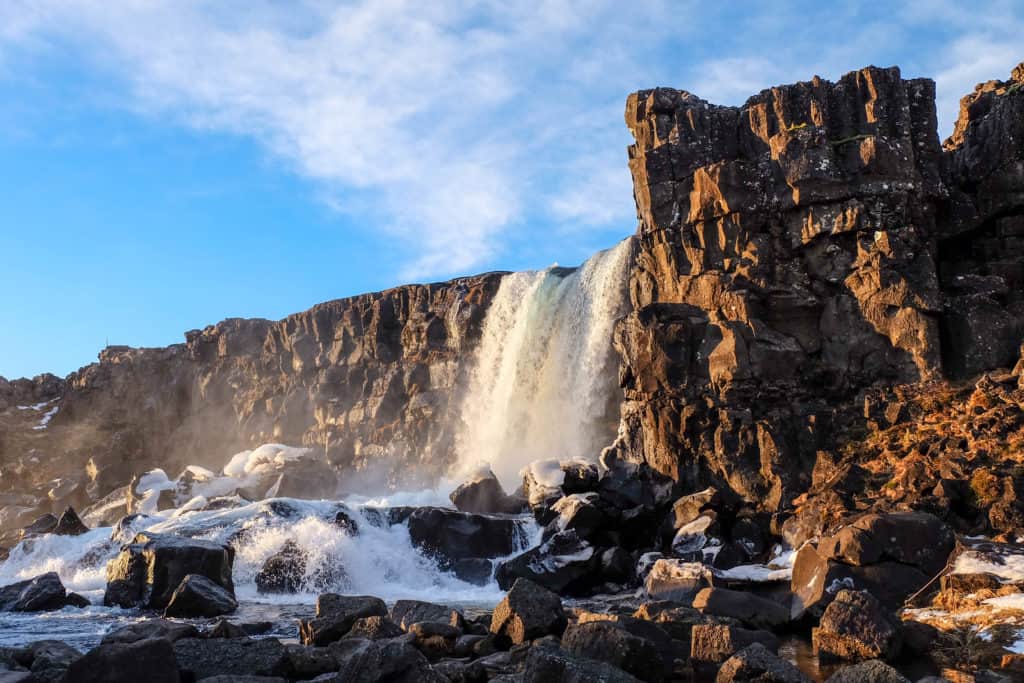 One of the tectonic plates in Thingvellir National Park 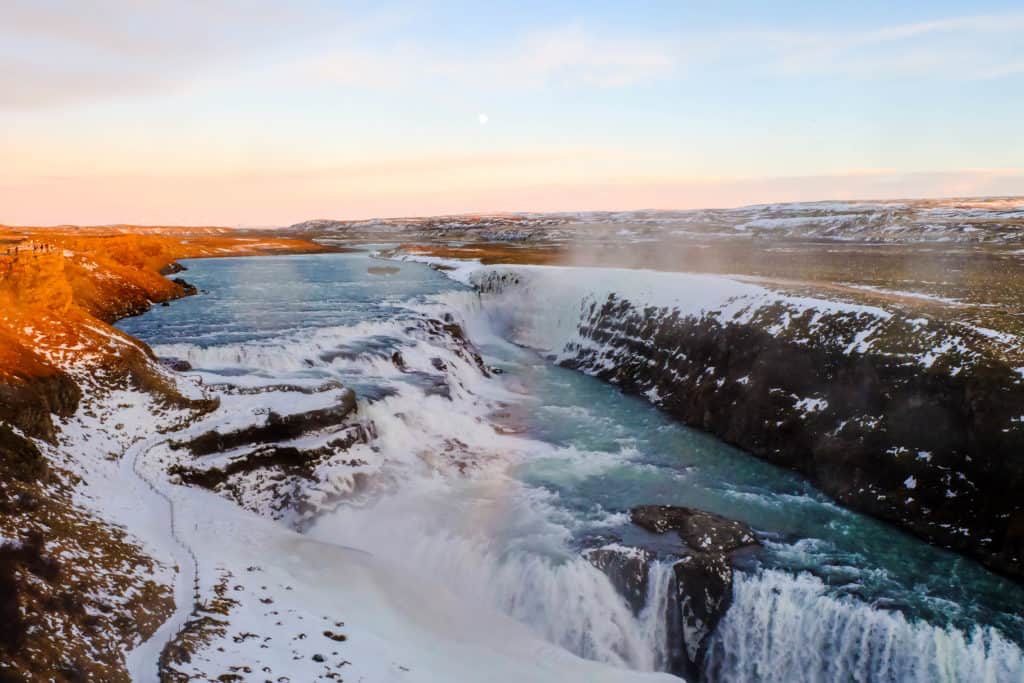 Gullfoss Waterfall is a massive, beautiful cascading waterfall that will be your last stop on the Golden Circle. It was one of the larger waterfalls I’d seen in Iceland and really took my breath away as the sun was setting. There’s a legend that in the early 20th century, the daughter of Gullfoss’ owner threatened to throw herself into the waterfall if it was to be exploited and used to generate electricity. Now this beautiful force of nature is protected. 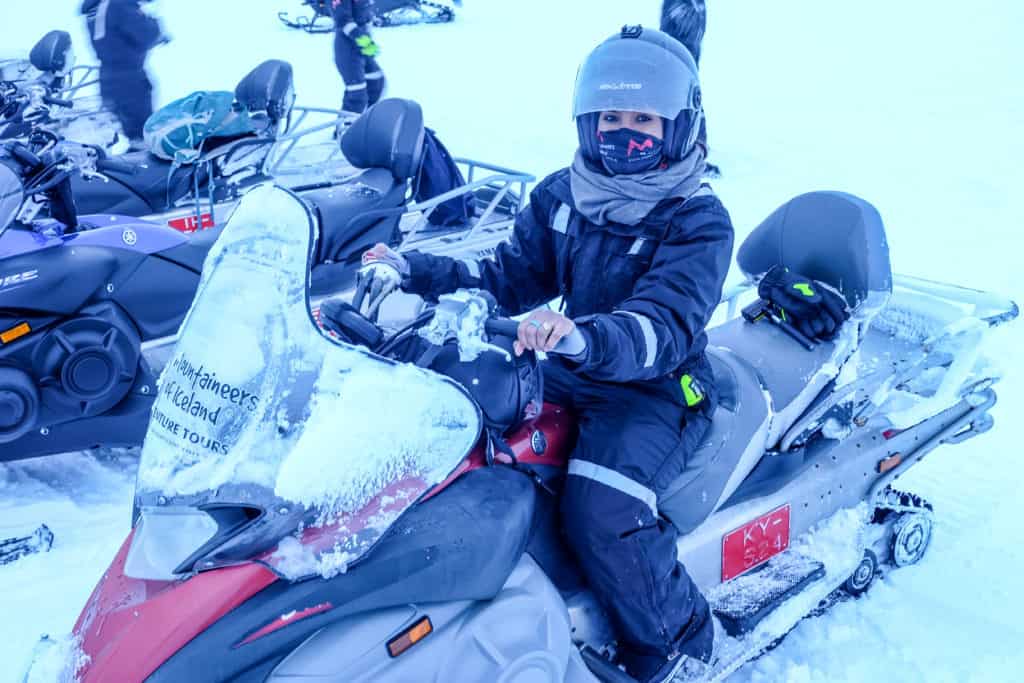 If you’re adventurous and looking for an adrenaline rush, go on a snowmobiling tour on Langjökull glacier. Langjökull is the second largest ice cap in Iceland and snowmobiling on it is a special adventure. How often can you say you did that? I’d never driven a snowmobile before. It was very easy and not scary, even when visibility was low and we were covered in snow!

You’ll have to be visiting Iceland during winter to be lucky enough to see the Northern Lights. It also doesn’t always happen in a quick trip, but it’s worth a try! Sure, it’s possible to see the Aurora Borealis in other parts of the world in the Northern Hemisphere, but it might be unlikely you visit those places. 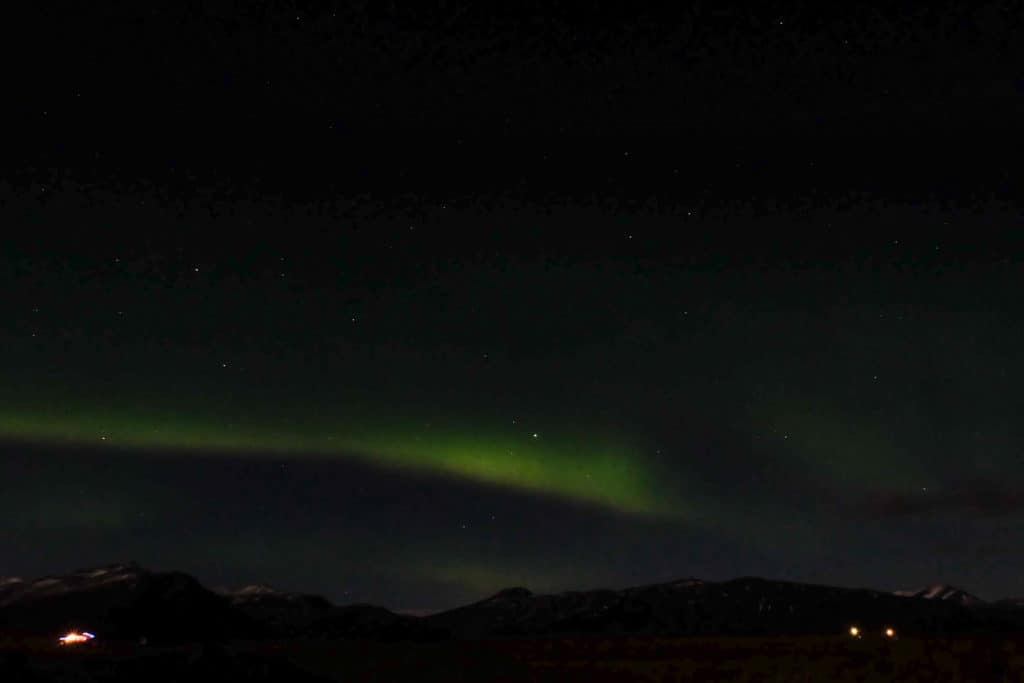 To maximize your chances of seeing the Northern Lights, book a tour in winter or rent a car. Check the Aurora forecast for information on Aurora activity and visibility throughout the country!

Relax in the Blue Lagoon

The Blue Lagoon is the perfect way to cap off a quick trip to Iceland. It’s between Reykjavík and the airport and a common spot to visit on your way out. Although this geothermal spa is man-made and visited predominantly by international tourists, the Blue Lagoon is pretty awesome. Relax with a mud mask on and sip on a drink as you soak in the mineral-rich water. 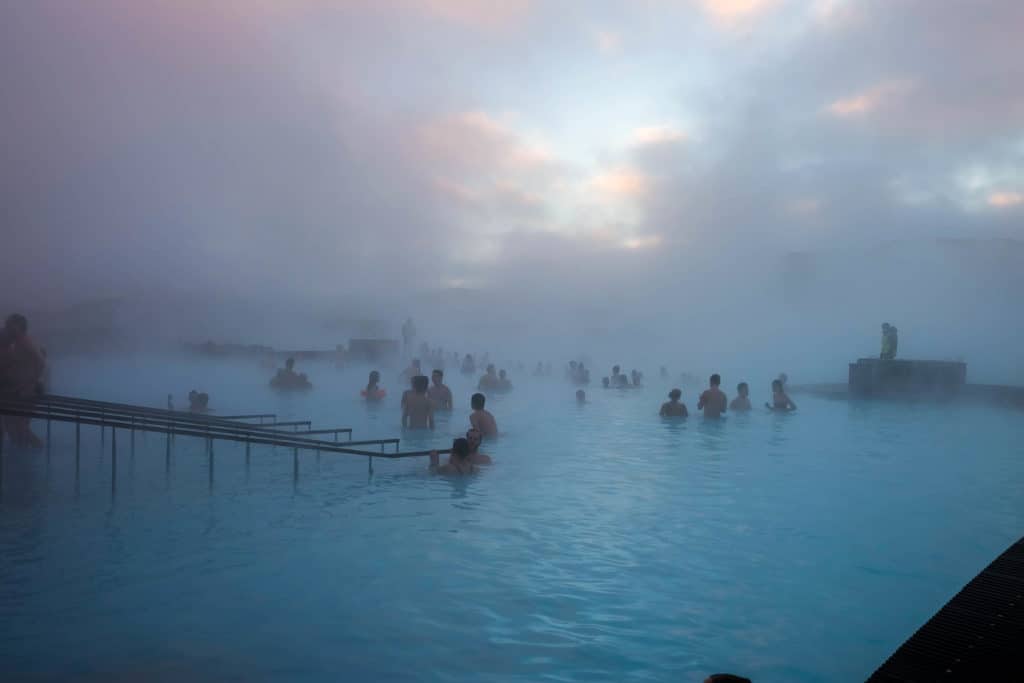 Conveniently, there are tourist buses that transport you between the Blue Lagoon and the airport if you didn’t rent a car. There’s also luggage storage at the lagoon so you don’t have to worry about your belongings as you relax in the water.

Have you ever spent a long layover in Iceland? Tell me about your experience in the comments!

5 things to do in Iceland