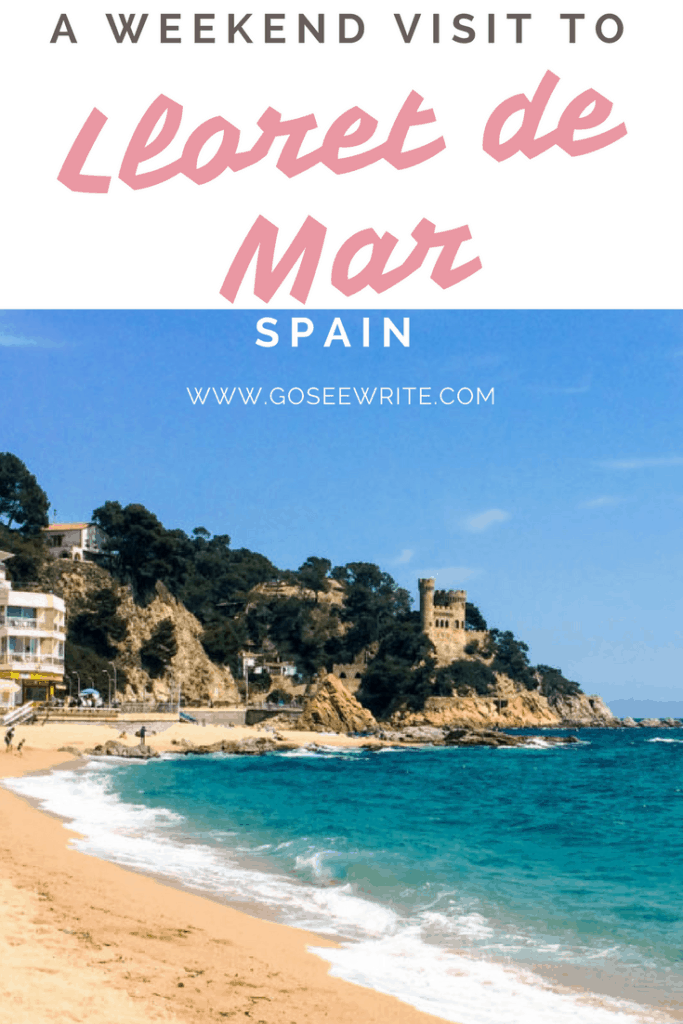 The year I lived in Spain was one of the best years of my life. Why? It was so easy to travel all over Europe! The best thing about Spain itself was that I didn’t even have to travel out of the country to experience exotic locales that were strikingly different from my home of Madrid. Lloret de Mar, Spain is one of those places.

Located on what’s known as the Costa Brava in the autonomous community of Catalonia, Spain, Lloret de Mar is pretty much as good as it gets. It’s a short bus ride away from Barcelona and worth the trip for a weekend getaway as a more quiet alternative to heading to Mallorca off the coast.

If you’ve heard of Lloret de Mar, you might already know that you’ll find other European tourists everywhere in the summertime. Many European families book vacation packages or rentals in the area, and I honestly don’t blame them. Who wouldn’t want to explore the beaches of Costa Brava? 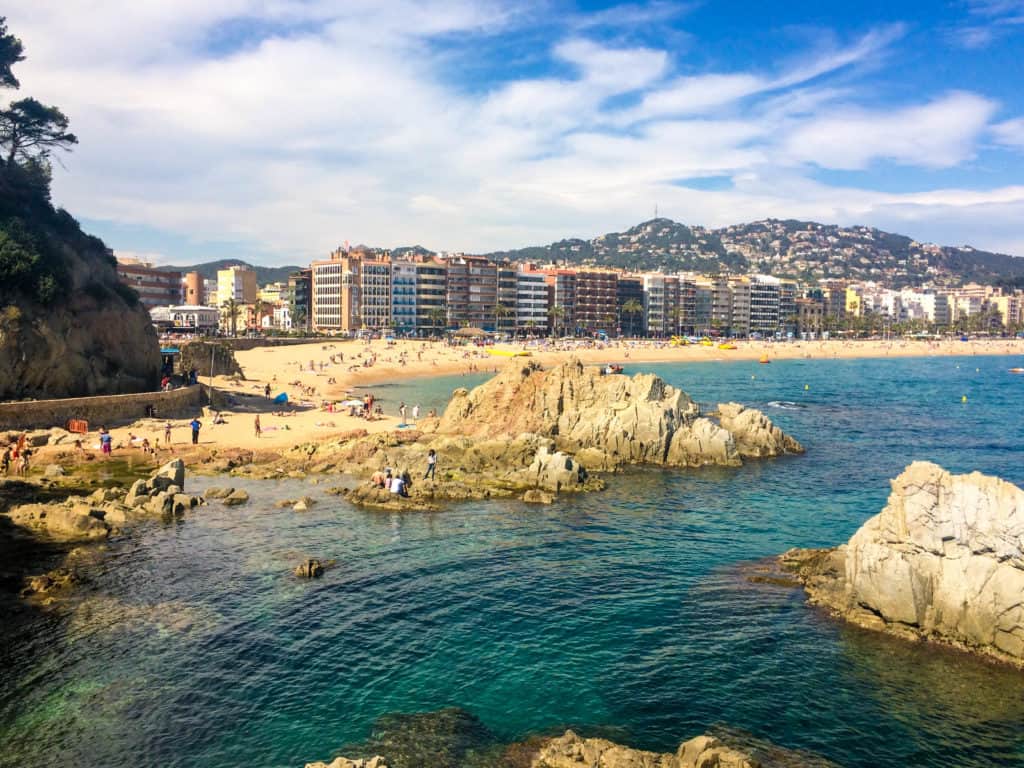 It was a blogging conference that brought me to Lloret de Mar, but it was the beauty of the Mediterranean coastline and town itself that made me glad I had the opportunity to visit. Lloret de Mar was completely unique and different from Madrid and other cities I’d visited in Spain, even other coastal cities like San Sebastián. 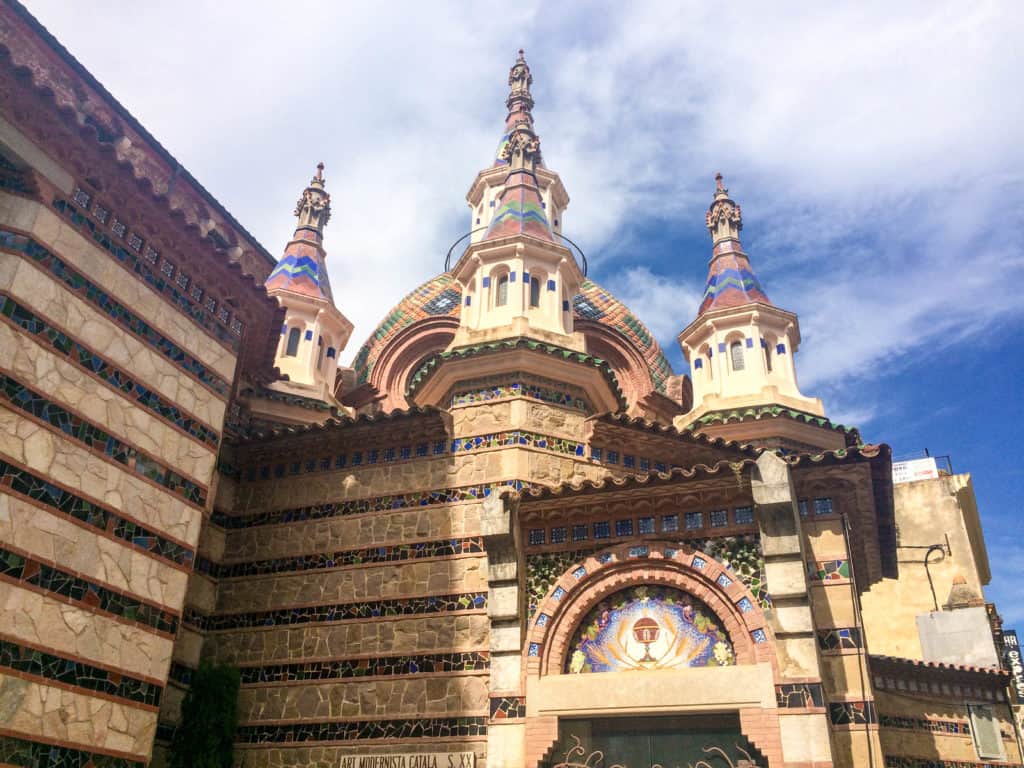 I explored the main downtown streets with another blogger and found myself walking by gelato shop after gelato shop. I might have thought we were in Italy if it wasn’t for the Church of Sant Romà. This stunning church had a uniquely tiled roof that really reminded me of the Cathedral-Basilica of Our Lady of the Pillar in Zaragoza, Spain. Some things are so uniquely Spanish that it really made me excited to notice it. 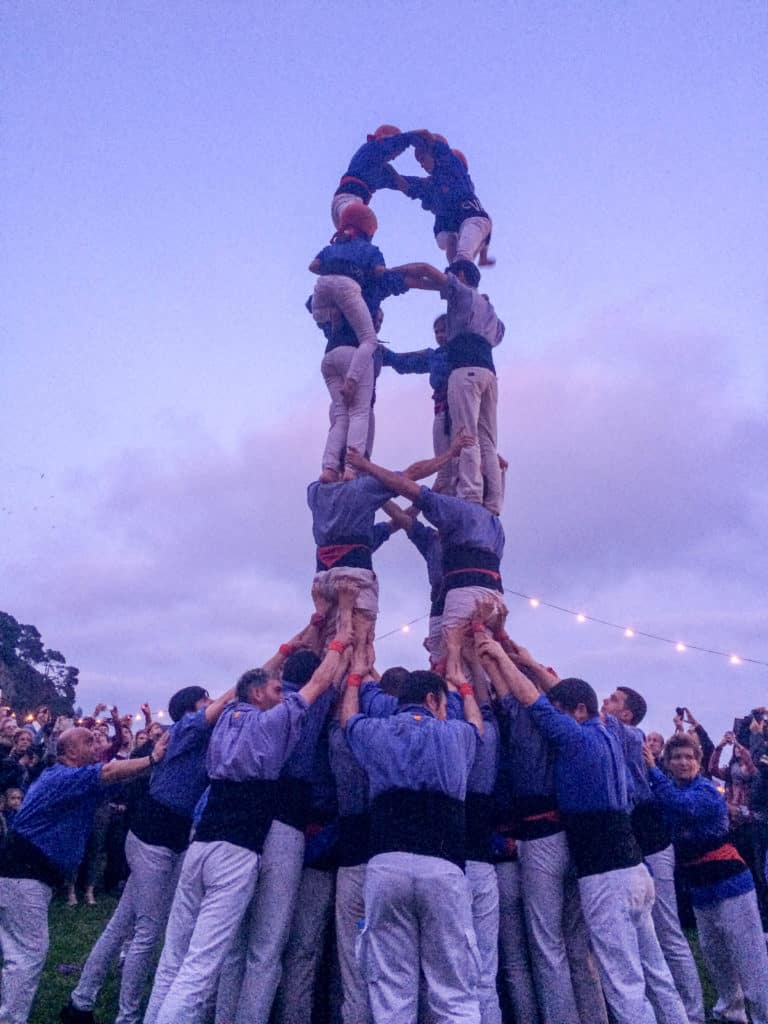 A castell, or human tower

Lloret de Mar (and Catalonia as a whole) is unique because the culture and language differ from the rest of Spain. I found traditions here that I’d never seen anywhere else. Watching a castell being built was one of these traditions. A castell is essentially a human tower that’s typically built at festivals in Catalonia. It happened so quickly and methodically before my eyes; everyone was in their designated place as people climbed over one another to form the human “castle”. Young children were often at the top of the castle; they were much braver than I could have been in that situation. I’m still not exactly sure why this tradition exists, but I enjoyed watching it! 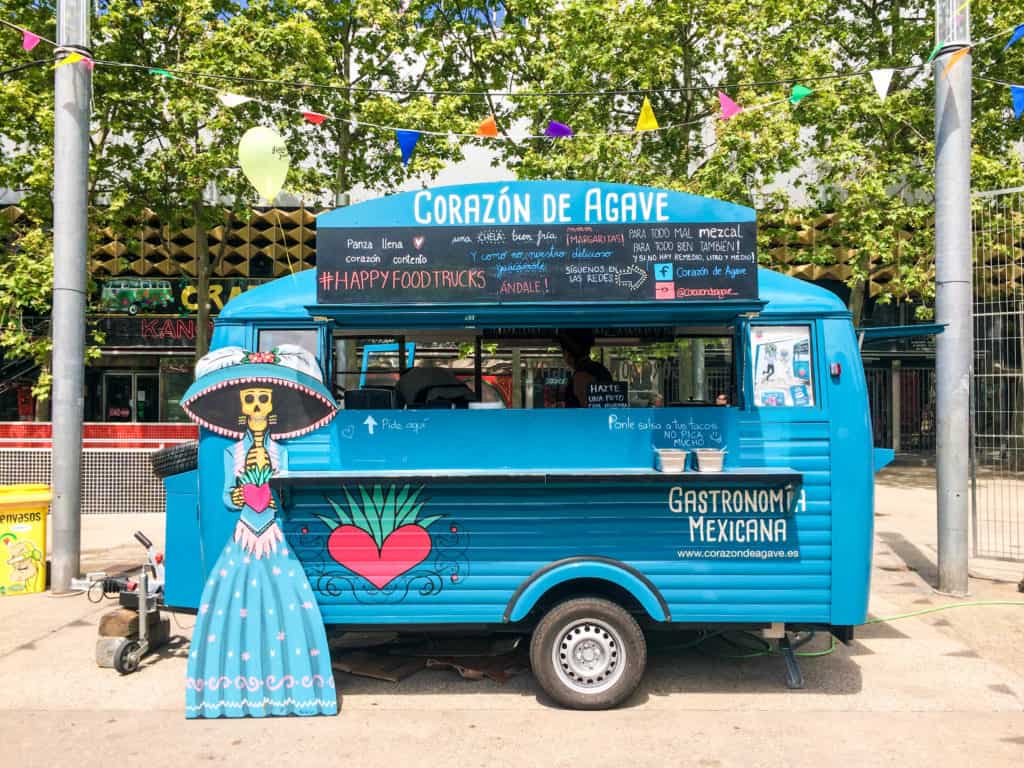 Spring and summer in Lloret de Mar were full of life, which is something I love about Spain in general. I would have had a number of things to do and see even if I wasn’t attending a blogging conference. There were the Sirens of Santa Clotilde Gardens, beautiful cemeteries, museums, and cultural Indiano (Catalans who emigrated to America) houses to visit like the Church of Sant Romà.

I loved the street food festival that gave me the opportunity to taste-test some traveling food trucks I hadn’t yet tried in Madrid. I love food truck culture all over the world, and Spain does it right. The food truck festival in Lloret de Mar drew crowds of locals and visitors alike! 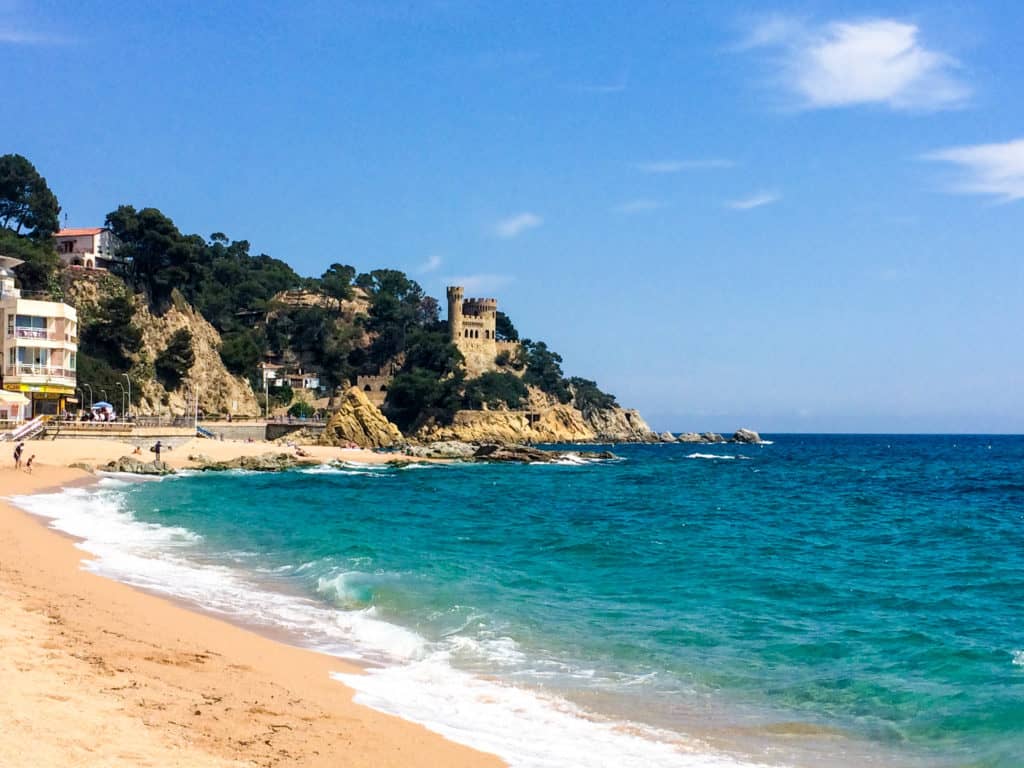 Of course, my absolute favorite part of Lloret de Mar was just being able to look at the Mediterranean Sea. There is nothing like the hues of blue, green, and turquoise that the Mediterranean has. I walked along paths on the coastline to see what I could find and stumbled across the Castle of Sant Joan. It once was a watchtower and lookout point to anticipate any attacks from the sea. Another path took me to sweeping views of the Mediterranean where people fished and jumped off rocks into the water.

It was only April and summer had already begun in Lloret de Mar. It was a place that was so beautiful it could stop time entirely. 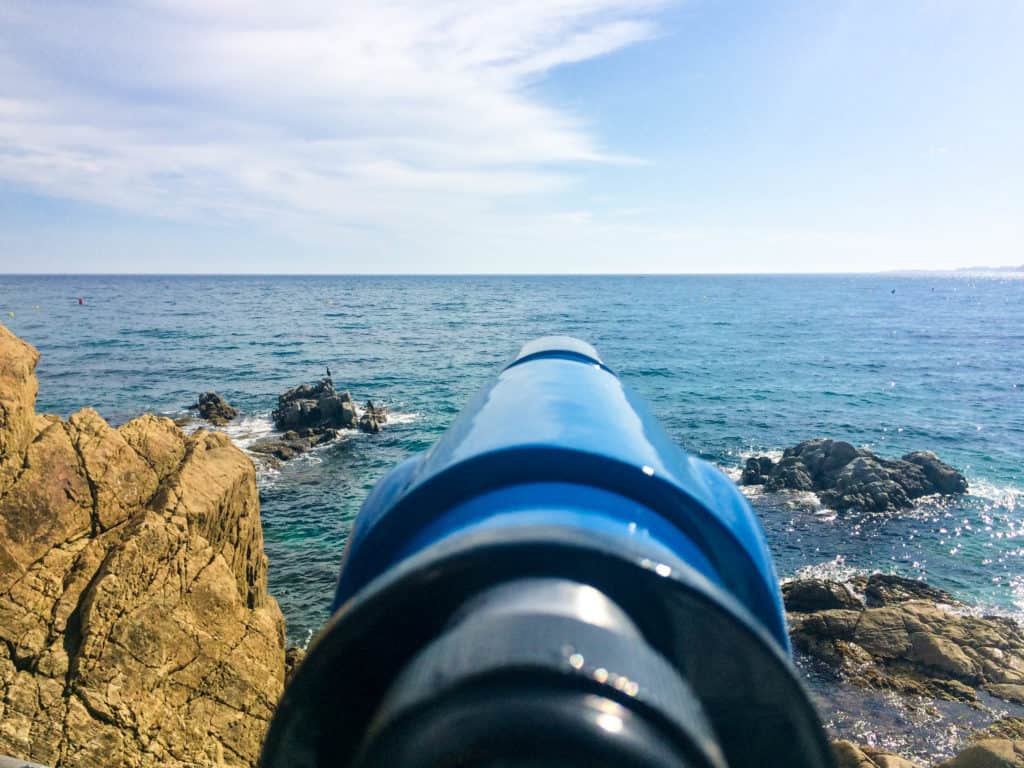 One thought on “A weekend guide to Lloret de Mar, Spain”