Stockholm is a unique city in Sweden. Made up of fourteen islands and comprising an endless series of waterways, green spaces and woodland walks, this is not your average urban maze. This city offers everything, and you can travel from elegant tree-lined avenues to bustling districts packed with skyscrapers, shops and trendy bars within minutes. A fascinating melange of quaint and innovative, Sweden’s scintillating capital is guaranteed to impress.

Exploring Stockholm: what to see and do

Stockholm may be set across a total of 14 islands, but it’s nowhere near as hard to navigate as it first appears. The separate entities are well-connected, and you don’t have to worry about getting from A to B and ticking off those must-see attractions on your to-do list. 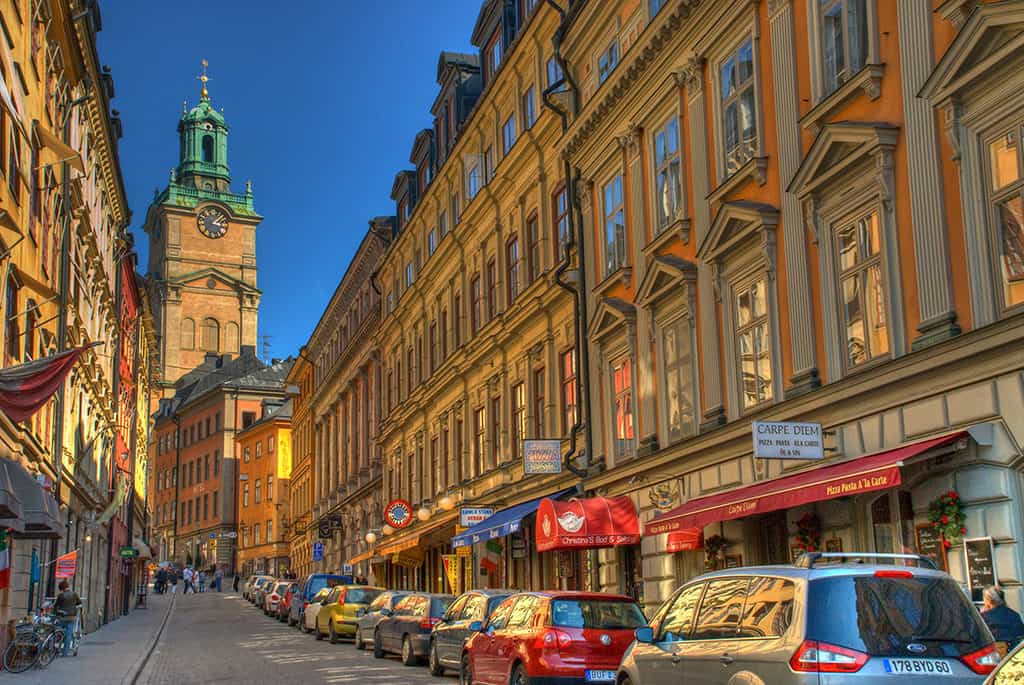 The first port of call for many tourists is Gamla Stan, the Old Town. This triangular island is formed of a mass of entangled cobbled streets, which create an enchanting labyrinth. As you journey deeper into the jumble of winding tracks, you’ll come across imposing churches and the standout feature, Kungliga Slottet, or the Royal Palace. The palace itself is a stunning sight to behold, but the collection of crown jewels is perhaps the star of the show. Allow plenty of time for your visit, as the complex is vast, boasting more than 600 rooms. After your tour, take a little time to explore the local boutiques and artisan stores. Stockholm is known for its creativity and craftsmanship, and it’s typically Nordic in its attitude to encouraging individualism and diversity.

Located to the north of Gamla Stan, Norrmalm is a modern mini metropolis, which offers a change of pace. This area is crammed full of shops, bars, restaurants, shopping centres and offices and it’s known as one of Stockholm’s most affluent and exclusive areas. 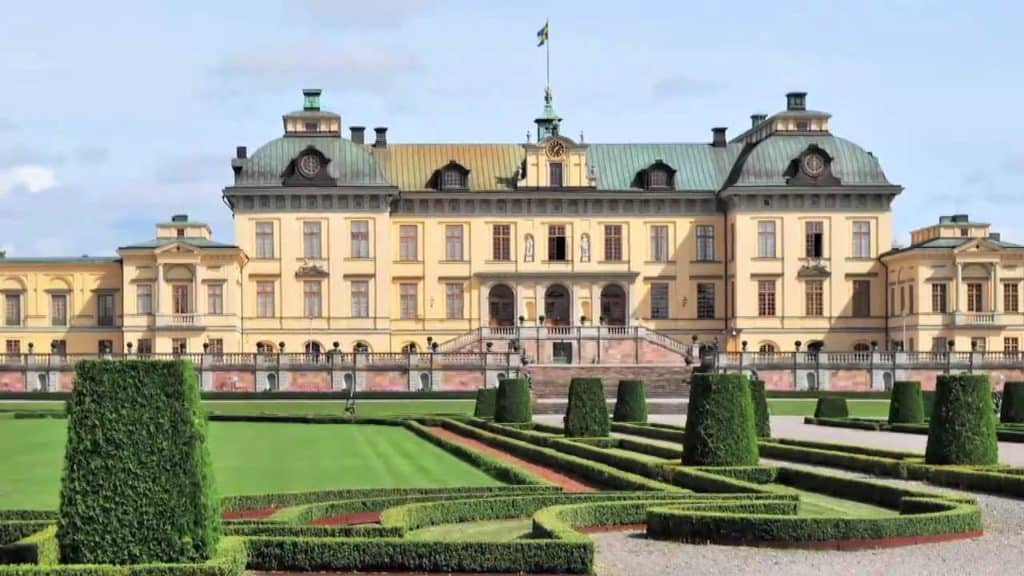 The permanent home of Sweden’s royal family, Drottningholm Palace is the country’s best-preserved palace. An awe-inspiring sight, the palace was commissioned by Queen Hedvig Eleonora and designed by architect, Nicodemus Tessin the elder based on French styling. The sprawling estate features a Chinese Pavilion, ornately manicured gardens and a palace theatre, which stages open-air events throughout the summer. The palace is open to the public on most days, and guided tours are available.

Penetrating the skyline, Stockholm City Hall is characterised by three golden crowns, which sit atop a sturdy brick tower. Designed by Ragnar Ostberg, the tower stretches 106 metres into the air and forms an integral part of the cityscape. The building is used to host political assemblies and meetings, and it also plays host to the prestigious Nobel Banquet.

The Vasa Museum (Vasamuseet) was constructed to house the Vasa warship, the world’s only preserved 17th-century vessel. More than 95 percent of the original ship remains intact, and this is truly a spectacle to behold. The vast wooden decks are scattered with decorative wooden statues and intricate sculptures, and the sheer size of the vessel makes it a breathtaking sight. The ship set sail in 1628, but sank moments later due to a top-heavy design. The wreck was salvaged 333 years later and has been housed in the museum since 1990. Visitors can learn all about the ill-fated maiden voyage through a series of displays and a film, which lasts around 25 minutes. There are also guided tours available throughout the day.

Stockholm is one of the greenest cities in the world and the Royal National City Park is the world’s first urban national park. Stretching more than six miles, this arc-shaped oasis is an idyllic spot to enjoy the summer sunshine, embrace the peace and tranquillity and take in stunning views of the sprawling city. As you meander through the paths and tracks, keep your eyes peeled for animals such as deer and hare, cows and sheep and rare birds. There are museums, amusement parks and even a theatre within in the park and you can also branch off the main drag to explore woodland walks, hike up hills and navigate marshes, canals and streams.

One of Stockholm’s most popular museums, Moderna Museet is located in the Djurgarden area of the city. This museum boasts a stunning collection of contemporary masterpieces, including paintings, sculptures, photographic images, light installations and video art. This is a place that offers a feast for all the senses, and you can easily spend hours here. Highlights include works by Picasso, Damien Hirst, Dali, Matisse and Andy Warhol, as well as a host of Scandinavian artists. Once you’ve enjoyed the art, take a trip to the cafe, which has an excellent reputation among locals.

Once viewed as the drab, industrial part of Stockholm, Sodermalm is now a forward-thinking, trendy spot, which is popular with students and young professionals. Here, you’ll find an endless sequence of cafes, bars and restaurants that have a laid-back vibe and a friendly atmosphere.

Airport transfers and getting around in Stockholm

Stockholm is served by a number of airports. Arlanda Airport is closest to the city, but many of the budget airlines fly into Vasteras or Skavsta (NYO) airports, which are a little further away. Around 45km from the city, Arlanda Airport is well-connected by buses and trains, and you can also take taxis or book private transfers. If you’re flying into Vasteras or Skavsta NYO airport, there are various options. You could hire a car and drive into the city, take a bus or look into private transfers to take you from Stockholm NYO airport to the city centre.

When you arrive in Stockholm, you should find that you can walk to most of the places included in your itinerary, but there are other modes of transport available, including local buses, taxis, trams, trains and  a metro service. Arm yourself with a map, and don’t be afraid to ask locals for directions if you get lost. Most people speak excellent English. Many of the signs are also written in both English and Swedish.

Stockholm is a pleasure at any time of year, and the distinctive seasons mean that no two experiences are the same. It can get busy and surprisingly warm in the summer months, but there’s a fabulous range of outdoor events to enjoy. Spring and autumn are also excellent times to plan your trip. In the spring, the flowers are blooming, the days are becoming lighter, and you won’t have to wrestle your way through crowds of tourists at the most popular attractions. In the autumn, the changing colours of the trees make for a beautiful sight. Spring and autumn can be rainy in Stockholm, so bear this in mind when you’re packing. Winter in Stockholm is very different to summer. Temperatures plunge to minus figures, and in the depths of winter, the sun appears for just three hours per day. Although the constant darkness may seem a little depressing, there is a magical feel to the city when it snows, and the Christmas markets are a major draw. If you are visiting in winter, autumn or early spring, don’t forget to take plenty of warm clothing with you. It’s also a good idea to take a waterproof jacket and some comfortable shoes if you plan to do a lot of walking.

Are you looking for a city break with a difference? If you like the idea of combining shopping, sightseeing and immersing yourself in the culture with relaxing and taking in beautiful views of the scenery, Stockholm could be the ideal choice for you.

One thought on “Scintillating Stockholm: Your Ultimate Travel Guide”