Perhaps the most famous of all the cities in Europe. Synonymous with class, style, and sophistication. A cosmopolitan that always stands right at the top of most traveler’s bucket lists and lists of world-class cities. France’s capital, Paris, has a reputation that is perhaps even bigger than the city. But it’s a reputation that’s well earned. It’s hard to cover the whole city in any one guide, but here we’re going to look at some of the must-see destinations, the most impressive events, and how to better get around and simply enjoy your time in la Ville Lumiere. 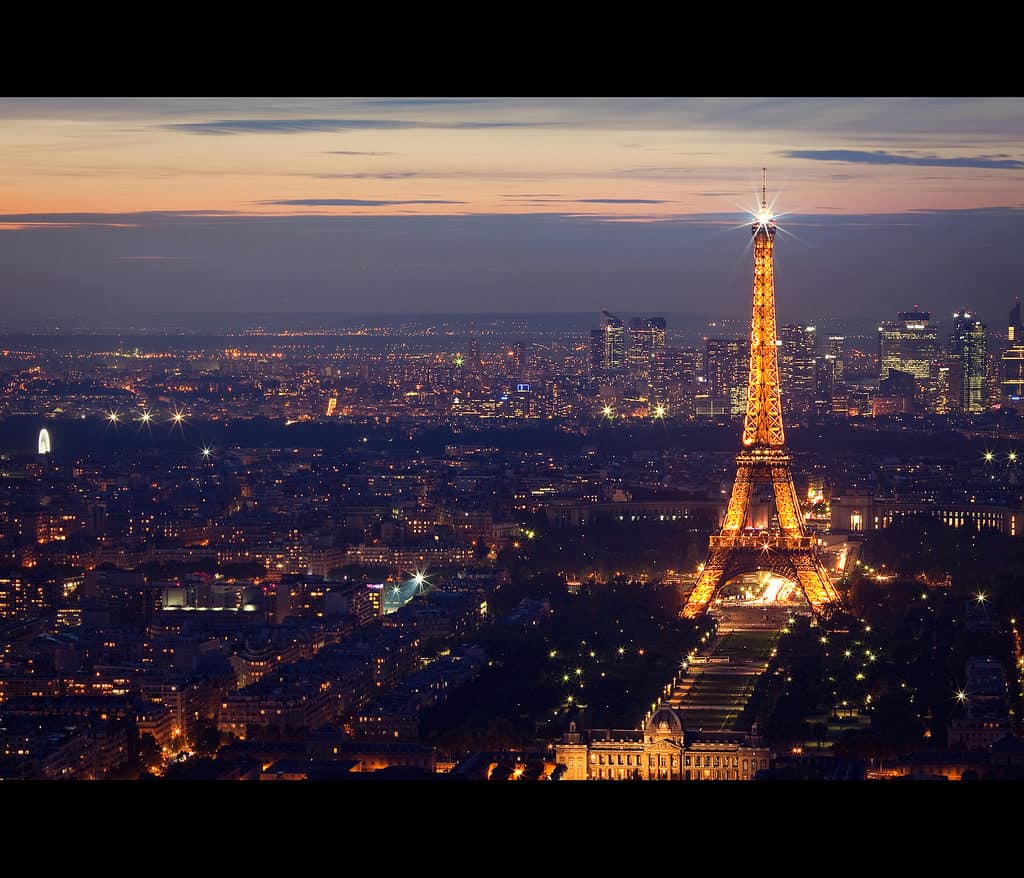 As much of a destination as it is, it should be no surprise that your choices are far from limited when it comes to arriving at Paris. There are trains and buses that can bring you in from not only around all of the country but from further afield in Europe as well. However, it’s going to be most convenient for most travellers to arrive at one of the city’s three airports. If you’re staying in the city centre, the Charles de Gaulle International Airport is the main transport hub of the city. From there, a comfortable private Paris airport transfers can get you into the city proper without any fuss.

For getting around the city, the best way to experience Paris is by foot. It’s a huge city, but it’s also hugely explorable. The Eiffel Tower, the Arc de Triomphe, and the Louvre Museum all make for landmarks that are highly visible across the city, but there are also major boulevards that make it all the easier to navigate. There are even walking tours taking advantage of just how pedestrian friendly the city is. The Metro, however, is just as convenient, connecting all those boulevards in one of the most well-organized underground public transport systems across the whole of Europe. 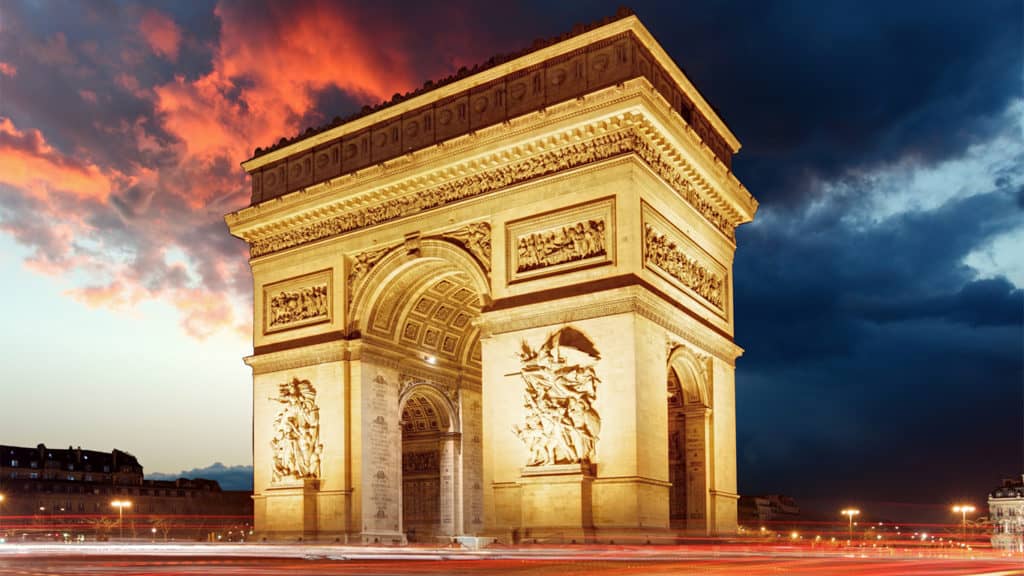 As huge a city as it is, there’s something to be seen or done in all 20 of the city’s districts and that’s not an embellishment. From the 1st District’s Louvre to the 20th District’s gorgeous Parc de Belleville, there really is a destination to be explored no matter where you find yourself.

The sheer density of the city’s attractions makes it truly difficult for any one person to accurately try to define what to go and see. It all depends on personal preference, but let’s look at one of the architectural attractions, artistic attractions, and historical attractions each.

Architecturally, everyone should go and see both the Eiffel Tower and the Arc de Triomphe. However, one of the best hidden architectural gems (or at least significantly less visited) is the Galeries de Moulages, Musée de L’Architecture et du Patrimoine. As the name might suggest, it’s a display of architecture that houses and takes care of elements stretching all through the city’s history. From the Gothic to the Industrial, the Medieval to the Modern, it has over 410 display items showcasing the architectural styles through the ages, all on a blood-red backdrop that makes it one of the most enjoyable gallery experiences in the city.

For art, you can’t talk about Paris without talking about the Louvre. But the city has much more to offer than the Mona Lisa (which you should still definitely see). The Musee d’Orsay on the Left Bank of the Seine has just as impressive a gallery, including some of the foremost impressionist and post-impressionist works in the world from minds like Monet, Renoir, Gauguin and Van Gogh.  For something more contemporary, the National Museum of Modern Art features exhibitions including not just the most relevant visual art talents in the world at the moment, but multimedia and digital experiences as well as events every week. Paris is still very much one of the cultural heartbeats not just in France, but of the continent and the National Museum is one of the best places to take it.

The Notre-Dame and the Bastille of Saint-Antoine are, again, historical sights that it goes without saying you should see.  However, one of the lesser visited historical buildings is the Palais du Luxembourg, once a royal palace, once a prison, and now the meeting place of the French Senate. Nowadays, it’s best admired from the gardens, taking a weekend stroll along the floral displays and immense fountains as it’s doors are unfortunately not open for tourists.

As one of the cultural capitals of the world, it’s also one of the most bustling and eventful of cities. There’s almost always something on in Paris. Whether it’s Fashion Week, the time of the French Tennis Open, or Chinese New Year, the city seems to always be celebrating something.

Perhaps the most special celebration and the country’s most famous national holiday is Bastille Day. Remember the French revolution, the streets of Paris open up on the 14th July, with a huge parade, aerial acrobatics from the Patrouille de France, and fireworks to rival New Year’s Day anywhere in the world. While getting down on the street might bring you much closer to it all, there are rooftop parties all across the city giving excellent views, with many gathering on the Montparnasse Tower in particular.

For those looking for something a little more risqué but just as famously Parisian as the Eiffel Tower, then the city is full of cabaret shows to entice, excite and delight. Burlesque, as old an artform as it is, is still much-loved in the city by locals and tourists alike, so world-famous places like the Moulin Rouge fill up pretty quickly.

Food is as important to Parisians is art, so it should be no surprise that this is going to be destination number one for any travelling foodie. The city has more eateries than you can count, with over 1000 boulangeries alone to provide all the freshest breads and flakiest pastries you could ever want. The fromageries are just as common, with perhaps the most famous of them all being L’Affineur Affine, where you can take a seat, enjoy the atmosphere and enjoy over 100 varieties of cheese (and maybe a drop of red to help cleanse your pallet).

Tips for the traveler

As huge and diverse as Paris is, there are all kinds of different neighbourhoods that have their own character. It’s a safe city, but some districts are less safe than others, so it’s worth checking out the area you’re staying in online before you go out at night There are a few mistakes worth avoiding and a few rules that you should remember to follow, however. If you’re travelling the city not on foot, then not getting a Paris Pass can end up costing you dearly. It might be worth avoiding staying outside the June-August period, as this is when the city is truly swamped.

This is an odd one, but don’t let your expectations get the better of you. Paris can be all you want and more, but some people have such a romanticized ideal of it that when they visit, the very real fact that Paris isn’t perfect can be too much for them. This is known as Paris Syndrome and is a genuine concern for tourists leading to severe shock and that doesn’t matter whether you are visiting Paris in the winter or any other season.

Finally, the deadliest sin you can commit in Paris is failing to give yourself enough time to truly enjoy it. The city has enough to keep you busy for a lifetime, but still, people regularly visit for only one or two days. That’s far from enough to see all the art, architecture, the entertainment, and the history of Europe’s first city.

Top 5 Things to Do in Paris, France