May is yet to be upon us, but the city of Rotterdam in the Netherlands already has a plethora of events on its plate. Some of these events are historically significant to the city, while others are international events that may have made its way to the annals of Netherlands.

With such events coming to light, it might be the best time to start looking for rental apartments in Rotterdam if any of the following are in your list of interests. 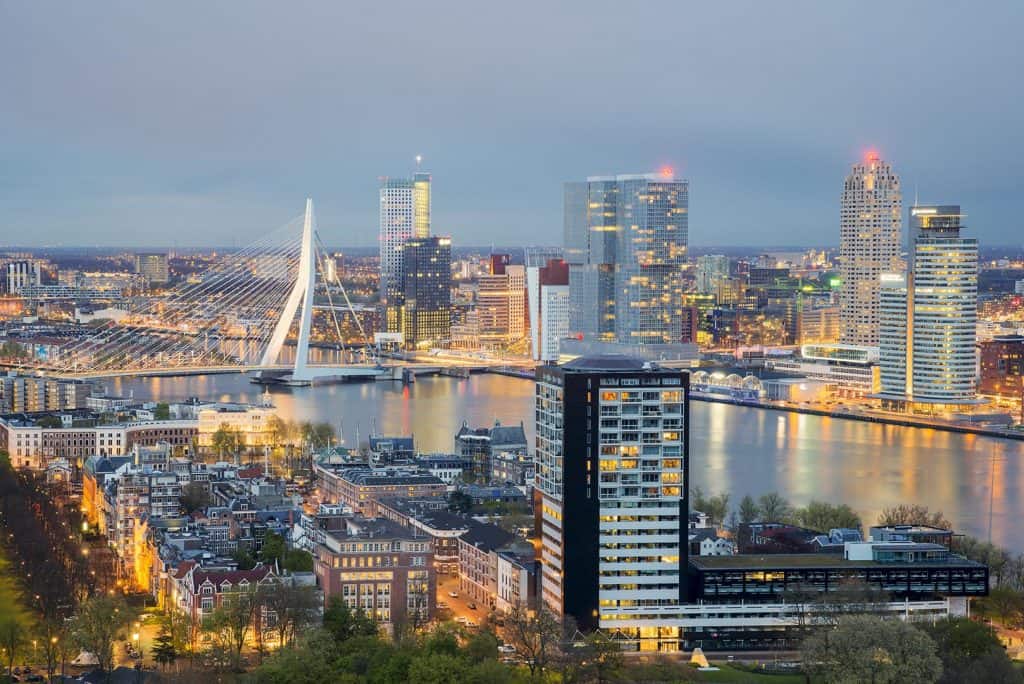 Rotterdam Skyline at night in Netherlands

An important day for the Dutch, this was the day when the city and the country as a whole were freed from the firm grip of the Germans. This is significant for most, if not all Dutch because of how the entire country was nearly decimated when the opposition lived in its streets. This basically marks the end of the Second World War.

Nowadays, this is more of a celebration of the country’s freedom.

Liberation Day will feature performances from artists, and the Rotterdam Fun Fair is also open.

In addition, Liberation Day is not only for adults. There are activities for children as well where they tinker with scrap and will be given the chance to meet and greet real war veterans if that is what they fancy.

Rock Around the Jukebox Open-Air Market

This is a one-day event that happens several times during the year, but one is being held on the 12th of May.

It features items from the 50s down to the 70s. The participants will have loads of jukeboxes that are on display and are also on sale. In addition, there will be live music, dance demonstrations and cars from those eras that you can witness.

If you are not able to catch this and you are truly a fan of those decades, you can always wait until the next one. This is normally held twice a year anyway.

As its name suggests, this event in Rotterdam will showcase the instruments from the music industry.

Held for four days, from the 16th to the 19th of May, there will be performances from classical musicians. There will be an expected number of at least 50 exhibitors and around 100-500 delegates. That alone would pack the place, add on the performers who might be invited to perform, and you will have a packed De Deleon Concert and Congress Center where everything will be happening.

The goal of this event is to bring together food lovers and those who make them together, to be in dialogue together in the hopes that new ideas and concepts are brought forth. Ultimately, it is to improve the food and beverage industry as a whole.

Amsterdam will be hosting the event for three days, starting on the 31st of May to the 2nd of June.

The Netherlands, in general, has a bright line-up of events every month, and May is just as packed. It is only a matter of time before you start finding an easy way to find apartments for rent in Rotterdam to be as close to the goings-on as possible.

Venice Of The North: Falling In Love With Amsterdam

The Top Sights To Visit In Rotterdam

One thought on “Exciting events every year in Rotterdam, Netherlands”