Skip to content
Home » Destinations » N. America » Belize » Tipping in Belize, a full guide on who, when, and how to tip 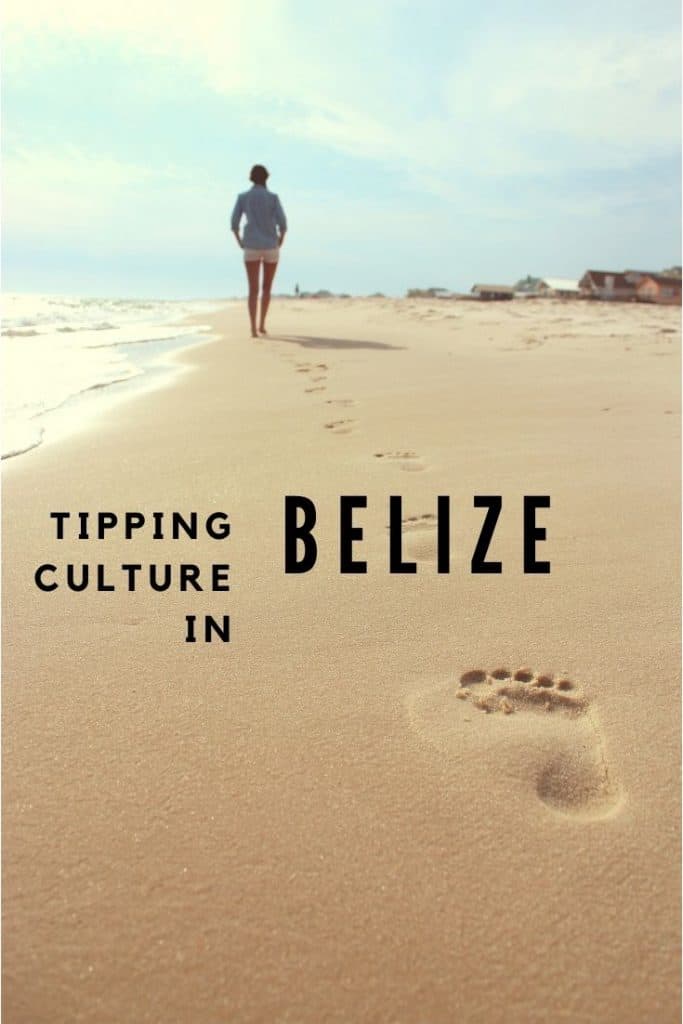 The Tipping Culture In Belize

There are many different factors that can cause anxiety when you are traveling, and these will often be associated with the different customs that you can encounter in different countries. Belize is one of the poorer countries of Central America, and this does mean that the tipping culture in Belize can have an important impact on the lives and the quality of life for those people working in the industries that encounter visitors. Don’t be too worried however, as most people are very polite, and even if you don’t give a tip they will not be abusing your for it.

One of the more interesting attractions for visitors to Belize is the Great Blue Hole, which is a round sinkhole that lies off the coast of the country. This is a location unlike almost anywhere else in the world, where the clear azure waters become a round and dark circle which is fascinating to explore and is a very popular scuba diving site. However, there are plenty of other great activities to enjoy in the country, and knowing who and when to tip can really help you to make the most of your trip.

The National Currency Of Belize

Belize’s national currency is the dollar, and you will often see prices listed with BZD to represent the Belizean dollar. Because the economy of much of Central America is closely tied to that of the United States, Belize is one of the countries where the value of the local currency is actually tied to the US Dollar, to try and maintain a stable and balanced relationship between the countries. The Belizean Dollar is tied at a value of 2 BZD to 1 USD, so this naturally makes it important to be careful that you specify the currency when you are negotiating prices in dollars!

While most places will be listing their prices and deal with the Belizean Dollar, it is also worth noting that the US Dollar is widely accepted in Belize. This means that you don’t need to worry too much about arranging local currency before you travel, but having a card with fee free cash withdrawals should allow you to take out funds on your arrival. While credit cards are not quite as widely accepted in Belize as they are in other countries, credit cards will often be an option in hotels, restaurants and chain stores, although it is a wise precaution to carry cash especially if you are exploring outside the main tourist areas.

Where Will You Be Able To Get Cash During A Visit To Belize?

While ATMs are particularly common in Belize City and the major destinations in Belize, you will usually find that most towns will usually have at least one ATM that you can use. These ATMs will issue Belizean Dollars, and most will raise a service fee for withdrawing cash while you are there, so it can make sense to withdraw a little more than usual to minimize the number of charges you will get throughout the trip. If you are heading into the inland areas of Belize to explore the fantastic forests, then bear in mind you may not always be able to find ATMs in the villages away from the coastal areas. And because the currency is set, you don’t need to worry about exchange rates.

Who Would You Normally Tip In Belize?

The industries where tipping can be customary in Belize will generally be in line with those industries where you would be expected to provide a tip in the United States. The differences that you will find will usually be in the expected size of the tips in Belize, and the proportion of the tip will often vary to the levels of tipping that you can expect to pay when you are at home.

One of the most important things to mention when you are considering providing a tip is that the minimum wage in the country is very low, with the hourly rate being less than half what most people would pay for a drink in a bar in Belize. The service industries that you are likely to encounter on most trips, such as hotel staff, tour guides, taxi drivers and tour bus drivers are all areas where you would commonly be expected to tip. However, tipping is ultimately discretionary, so if you do receive excellent service elsewhere then providing a tip will certainly be received gratefully by those individuals.

Tipping In Restaurants In Belize

A factor to consider when you are thinking about providing tips in Belize is that the bills you will receive in the country will not already include a gratuity as a rule. Of course, make sure you check the bill, but as a rule the tip that you provide will be that which you give on top of the amount that is specified on the bill. Generally the proportion of the tip will usually be around 15% of the overall bill, although even if the service isn’t particularly great, around 10% of the bill would generally be considered a minimum in a restaurant.

While restaurants in Belize do not usually add on a service charge to your bill, one of the differences with the hotels in Belize is that you are likely to see a service charge of 10% when you check out. However, do not assume that this will actually have covered your tips as unfortunately this will not always find its way to the staff in the hotel itself. As a rule, if you want the tip to get to the people who have actually served you, it is best to use cash and to tip them directly.

When it comes to who to tip in the hotel, generally it will be the bellboys and the porters who have helped with your bags, along with the housekeeping service. Generally, if you are considering how much to tip, between 5-10% of the overall bill as a tip is a good guide as to how much you might want to tip. If your hotel offers spa services, then they are generally dealt with separately, with a tip of between 10-15% of the bill for the service provided usually considered to be a reasonable tip for the staff.

Should You Tip Your Tour Guides in Belize?

There is no better way to see the country than by taking a tour guided by a local expert, and this can really allow you to see as many of the sights as possible. The tour guides can play an important part of this experience, as their knowledge can help you get more context for your trip and the sights you are seeing, so if you do enjoy then a tip would be a good way to express this. The general rule for tipping tour guides is about 10-15% of the overall cost of the tour that you are taking.

Because Belize’s tourist industry is particularly geared towards scuba diving and people taking trips to explore the Great Blue Hole, it is also worth considering the tips to the people who help you to get there. There are a couple of ways in which the tip can be calculated. The tip can be estimated either based on the overall cost of the trip at between 10% and 20%, or alternatively between 5BZD and 10BZD per oxygen tank is also suggested. There are some incredible beaches around also, but you obviously won’t need a tour guide for those.

One of the things worth highlighting when you are considering a trip to Belize is that it is a relatively poor country, so the tips that you do give to the people that make your trip more pleasant will go a long way. However, it isn’t a mandatory part of your trip to tip the people that you meet, so ultimately it comes down to the service you receive and whether you feel it is worth rewarding. Not tipping may be interpreted as you not having enjoyed the service or not felt it was completed professionally, so bear this in mind if you are likely to be returning to that particular location.

While many of the service areas listed above would usually expect to see a tip, there are several industries where you wouldn’t normally be expected to provide a tip. This can include the arts and crafts vendors that you will encounter in the towns and the cities of Belize, and also any fast food restaurants and street food carts will not usually expect a tip. Taxi drivers will not always expect a tip, but if you do they will often go out of their way to help, so it can be something worth considering. 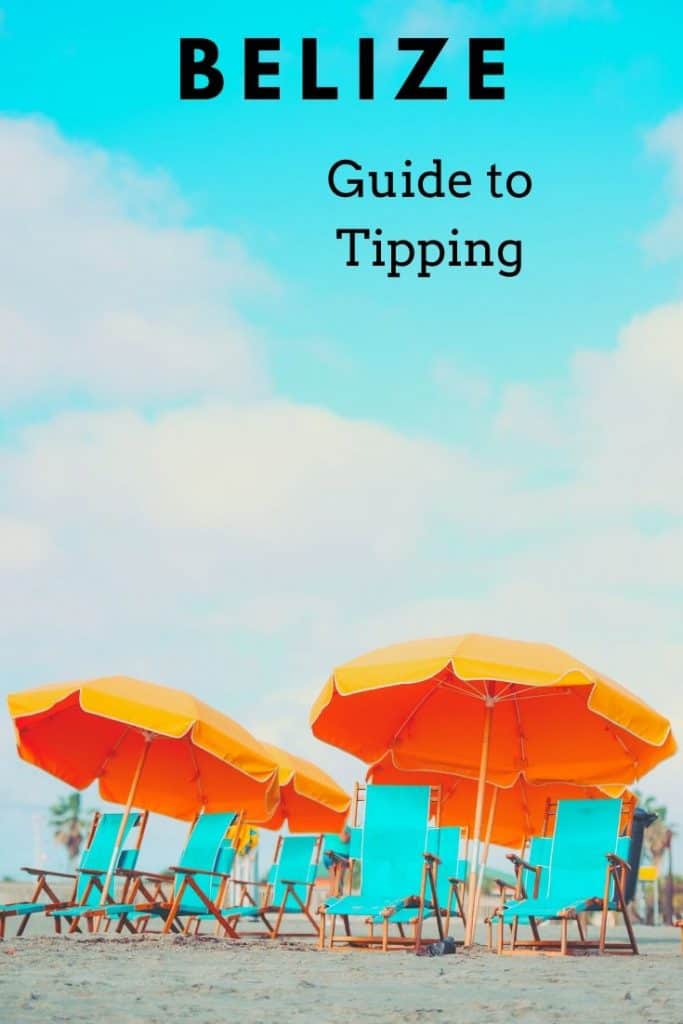 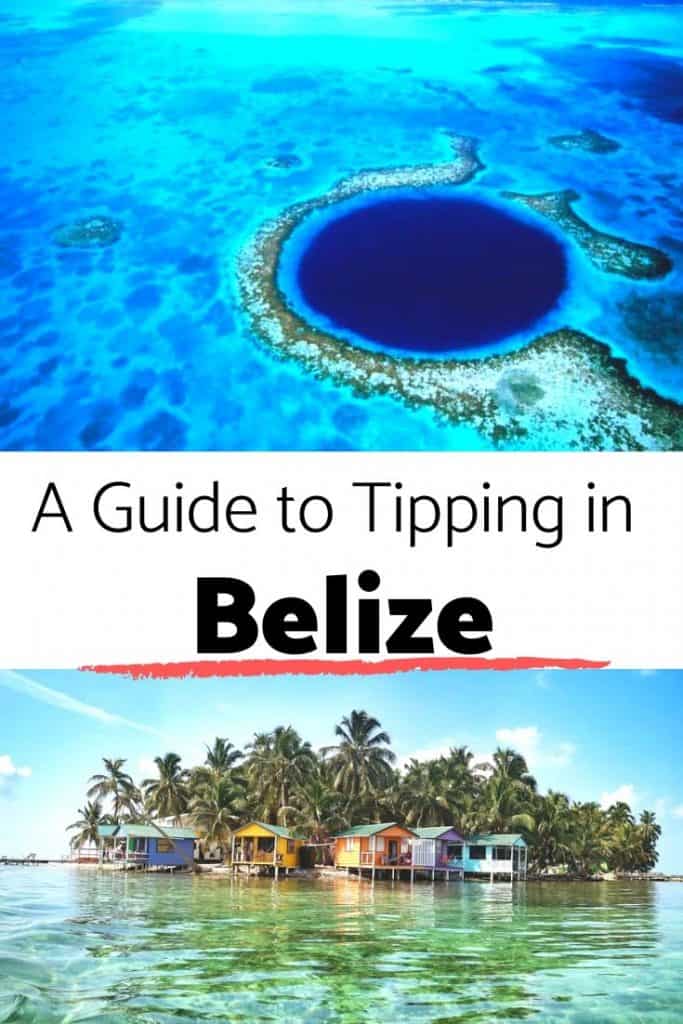 Tipping in Guatemala, a full guide on who, when, and how to tip