I have few goals in life. Some are big ones. Travel to as many interesting places as I can afford in both time and money. Build the one house I want to live in, on the land that I want to live on and be buried on. Write the book that I’ve had in my head now for about eight years or so. Live such that when I sit on the front porch in a rocking chair, as time approaches its end for me, that I am content with what I’ve done and left undone. 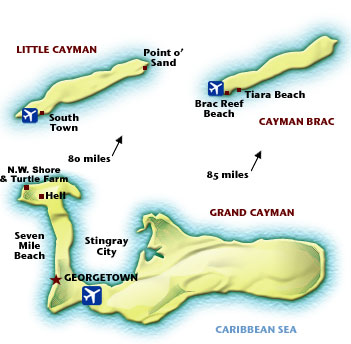 And some are not as big ones, but they are still damn important in my little world. For instance, I’ve gone through my entire life without buying a concert T-shirt. It’s a simple goal, but I need to make it through the rest of my life without breaking down and getting the “Police Reunion Tour ‘07” shirt that I’m sure will be calling out to me in a few months.

On that topic, one of my travel pet peeves, along with an accompanying life goal of mine, just struck me in the Charlotte, NC airport as I waited for my connecting flight to Grand Cayman. By the way, kudos to whoever owns or is in charge of the Charlotte airport – free interest access to anyone with a wireless connection. Most airports I’ve been in lately make you buy some one-day pass through one of the big telecom companies to use their wireless connection. They also had white, wooden rocking chairs all over the place for people to just sit and relax in.

All in all, I’m now a fan of the Charlotte airport. Perhaps I’ll fly US Airways more often.

So in any case, tourists wearing T-shirts or sweatshirts or whatever article of clothing that advertise in some way to say where you are from – that indeed is the point I’m getting to slowly. And I simply cannot stand it. I literally grate my teeth when I see these people.

It’s a goal of mine, similar to the no-concert T-shirt goal, to never be one of these ‘travelers.’ Whether it be the Yankees cap or the T-Shirt with “Chicago – the Windy City” or the sweatshirt with the Golden Gate Bridge and some catchy slogan for San Francisco under it, I cannot stand people that advertise where they are from, when they are going to somewhere else. The baseball cap bothers me less than the shirts or sweatshirts, but you get the point.

Are they so uncertain of themselves that they cannot feel comfortable going to another location without the mental safety blanket of having some visual reminder of home on them, apparently to reassure them when they are washing their hands after a trip to the bathroom that all is ok and they’ll make it back home safely in the end? Or is it that they are concerned that they are going to somehow look foolish as a tourist – not knowing how to properly hail a cab or not knowing the language or having to ask for directions or taking pictures of each other smiling in front of the fence at the White House – that they have to make sure, absolutely sure, that every native is 100% certain that they are behaving this way because they are not from here? “I promise I’m not this stupid at home, in Denver, where I’m the one in charge, but I’m just a tourist here. Sorry I got in your way, Mr. Local. Come visit me in the Rockies and we’ll show you what good living is all about.”

As I’m walking through the Charlotte airport, I stumble across perhaps the worst offense on this particular pet peeve of mine that I’ve ever had the misfortune of experiencing. On the way to gate B5, I had to pass by gate B1. And at gate B1, there was a group, a large group, I’m guessing 20-25 people, waiting to board a plane to Nassau, Bahamas. ‘O they weren’t from Charlotte. No doubt about that. They were from Cordova, Alabama, catching their connecting flight. How could I know this? Professional sports’ team cap? College sweatshirts? High school logos on their shirts? Nope. None of the above.

They are all bright yellow. Very bright. I’m talking about color-of-the-Sun yellow, which I guess might have been one of the points, since they were going to a sunny location. Maybe it was a reminder to each of them why they were going there. Maybe they just pointed to each others shirts to remind themselves where they were off to (or read it on the back of the next guy’s shirt).

What exactly were these people thinking? It kind of reminded me of the t-shirts that say “← I’m with stupid,” except in this case the message was more like “I AM stupid. . . .and I’m not alone.”

Did they all wear the shirts in case one of them got lost?

“Look Sally, I see the rest of our people. We’re saved!” (Literally, if you buy the dogma). Did they work out some group discount at the hotel that must be proven upon check-in with identical uniforms? Do they make these shirts everywhere they go? Could I be happier that I’m not going to Nassau?

Got to my gate. Put on my headphones and flipped on my iPod. Opened my laptop and cruised the internet for a bit. Older gentleman sits down right next to me and starts reading the paper. At some point I take off the head phones to listen to a gate announcement. The guy next to me points to my iPod and asks me, “so, is that a music machine?”

Please tell me this stuff happens to you.

How cool. Our flight plan takes us directly down the Carolina coastline for at least part of this flight. Just looked out the window and there was an aircraft carrier steaming (except they use nuclear power now, so I don’t know what the equivalent term is) out to sea, accompanied by a couple destroyers. Makes me think I also want to look up our flight plan at some point. The Cayman Islands are basically right on the other side of Cuba, if you draw a line from where we just took off. I don’t believe US airlines can fly over Cuba, since our government has had this idiotic embargo in place for four decades or so now. Wonder which way we fly and how much time that adds to the trip.

Less cool is this over the loudspeaker: “You want to pay attention to this announcement if you paid more than $90 for your ticket today. If you apply for the US Airlines VISA card, you will receive 25,000 frequent flyer miles. That is the number of miles you need to redeem and get a free ticket anywhere US Airlines flies in the continental United States. The annual cost of the card is $90. So, if you think a ticket is worth $90, this is a deal you cannot pass up. Flight attendants will be by shortly to pass out applications for you to fill out.” I don’t think that was the pilot talking. If it was I wanna throw up even more than I already do.

So now I get to pay $9 to see a movie, and then get force fed ten minutes of advertisements before the previews (which are advertisements themselves, but at least I like those). Pop up ads on websites that launch into advertisements that block what you are trying to look at. Check out people at Best Buy trying to get me to sign up for four free issues of People. And then on this flight, I get a bag of mini pretzels and a Sprite from the waitresses in the sky – not exactly wowing me — AND then, I get to have them stroll down the aisle and try to talk me into getting a credit card??

How about you stop merchandising for a while and just bring me a beer?

Flying over part of the Keys right now. They look so damn cool from above. I don’t think I’ve ever seen them before. The other couple times I’ve flown into Key West have been at night. Quite a sight.

Land. Get a cab. I get the nice cabbie woman that has a Bible, some devotional book about living your life right and a cross hanging from the rear view mirror. O yea. And some pretty loud Christian music station going on. Thank goodness for the iPod and the noise canceling headphones again. At least I know who our co-pilot on this particular cab ride is. And she didn’t ask me to sign up for a credit card.

And now I finish typing this by the pool, with a drink in my hand, checking my email to make sure life in the real world is going well. And I don’t know how much I care. ☺

Once I arrived at the resort — all was good with the world. Thank God for fruity drinks with umbrellas and unlimited food!

Planning Your Cultural Break In Charlotte