Today should be a writing day, so I think I’ll have some more content up today, including a long, long blog about the sailboat trip in Panama. Perhaps. Damn, its long.

So I thought I’d knock out a short on this morning. Here are a few lists of things I’ve done so far on the road.

Counties visited that the U.S. had not invaded, assassinated a leader or tried to overthrow the government: 3, I think. Someone can correct me here. I have Costa Rica, Peru and Argentina. But my history may be off.

Most favorite country so far: Hard to say. Columbia. Nicaragua. Chile. Gotta say that most of them have been great.

Best place visited: Manchupiccu. Truly does live up to the hype. If you haven’t been yet — it really must be the next place you visit. Do not go during our summer — overrun with tourists. Take the chance at a visit during their rainy season with less people around.

Things lost: 10. One ATM card. Two pairs of sunglasses. Two bottles of shampoo (annoying, I leave them in the showers). One watch. One pair of socks. One SPOT device (lost yesterday on a bus, but also found yesterday, supposed to be delivered back to me today). One pen. And one towel.

Books read: 12. Sun After Dark: Flights Into the Foreign by Pico Iyer (fantastic — one of the best travel writers out there — go get it). House for Mr. Biswas by Nobel Prize winner V.S. Naipal (so-so). Butterfly and the Diving Bell by Jean-Dominique Bauby (quick read and interesting). What am I Doing Here? by Bruce Chatwin (again, fabulous — go get anything he’s written — I really, really need to find Patagonia while I am here). Power and the Glory by Graham Greene (best 20th century author to not win the Nobel Prize — but not one of my favorite books of his). Confessions of an Economic Hit Man by John Perkins (what an incredible pompous twit — can’t write at all — found it on the sailboat and read it — interesting story, but he is a horrid writer. . .and likely a horrid person). The Importance of Being Earnest by Oscar Wilde (kudos to Veronica for giving it to me — great little read). On the Road by Jack Kerouac (interesting — has it been made into a movie? If not. . . I may have another script to write). Crime and Punishment by Fyodor Dostoevsky (I promised myself some big reading — half way through — its a read and set down for another book read — WILL finish). And last but not least, one of my new favorite authors. I don’t read much fiction, but I’ll be pouring through about a dozen of his books when I get back — Aunt Julia and the Scriptwriter and The Way to Paradise by Mario Vargas Llosa of Peru. Incredibly good stuff. And just stared Paulo Coelho’s Eleven Minutes: A Novel (his stuff is a very quick read, I’ll finish this one in the next day or so. Loved The Alchemist and really haven’t liked any of this other stuff, until this one.)

Favorite beer so far (most countries have their own beer monopolies — limited choice, but on the good side, different every time you cross a border): Panama’s Balboa. 2nd place probably was Salva Vida in Honduras, partly because I think the name is great (“Lifesaver” — how good is THAT for a name of alcohol??)

Interesting for my Texas friends: 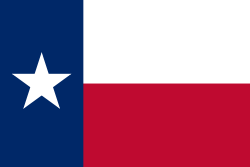 Chile adopted its flag (commonly known as “the Lone Star”) in 1817. https://en.wikipedia.org/wiki/Flag_of_Chile

5 thoughts on “Odd little lists from the road”