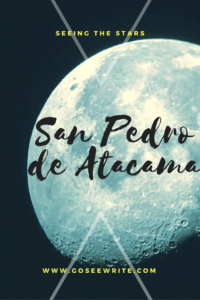 I had a month without travel plans, and upon learning that one of my best friends and fellow travel blogger Lavi would just be getting into Bolivia, I made an extremely last minute decision to book a flight and go visit her.

We were meant to spend a week or two together, and then she’d continue south to Chile and Argentina as part of her 7 month trip, and I’d stick around in Bolivia for the rest of my much shorter, month-long getaway. 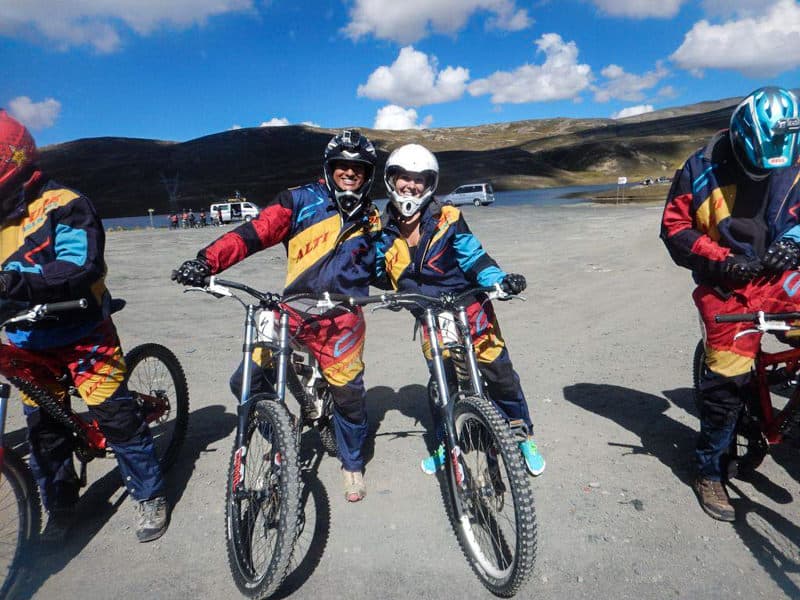 Lavi and I on the Bolivian part of our adventure – biking Death Road!

But, as (almost) always with travel – plans change.

It was the last night of our trip through the Uyuni Salt Flats, also supposed to be the last night Lavi and I would be traveling together. We were downing some Bolivian wine over the tour group dinner, and bemoaning our quickly approaching farewell. After each sharing our upcoming plans, an Irish couple in our group told us they were heading to San Pedro de Atacama in Chile next, just over the mountains from where we were sitting. They were on their honeymoon, and would be checking into a really cool hotel that another traveler had told them about – where each of the rooms is a pod with a glass ceiling for seeing the starry skies, for less than $100 per night! San Pedro de Atacama is supposed to be one of the very best places in the world for star watching, and what better way to do it than from the comfort of your own private pod?

This inexpensive hotel with the glass ceilings instantly intrigued both Lavi and I. With just a bit of convincing from Lavi, I was sold on the idea of drinking wine (but Chilean this time) and watching the stars from our own very own pod. So instead of parting ways, we headed across the border together and into San Pedro de Atacama, where the plan was to get wifi and immediately book into the hotel. 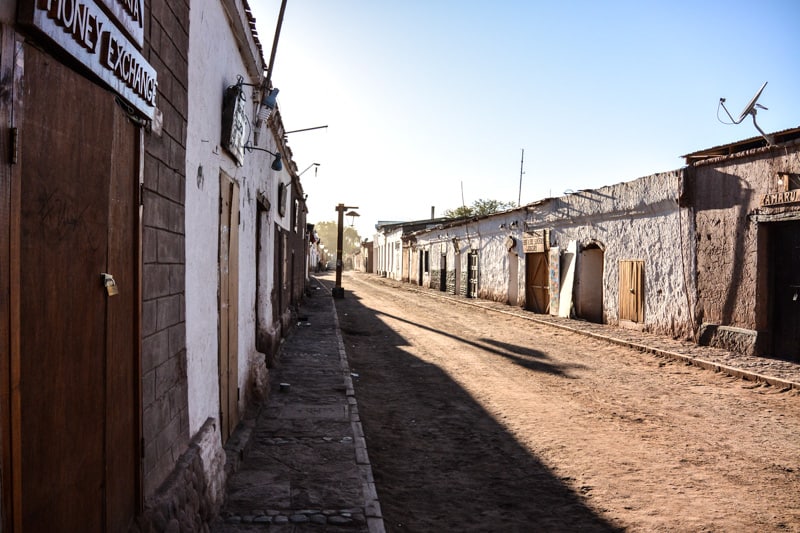 Unfortunately, booking the dreamy star watching hotel was easier said than done. In fact, it was impossible. The hotel just doesn’t exist. The closest thing to the traveler’s fable we heard was the Explora Hotel, which has an observatory, not individually glassed rooms… and unfortunately costs $1000 per night and is closed until 2017.

Already in Chile, we decided to stay and make the best of it (though we cringed at the starry sky-high hotel prices of the town, where $100 got us a standard double room a fifteen minute walk outside of town without air conditioning or even wifi).

While not from the comfort of our own pod, we did get to see the stars, almost every night with our bare eyes. The lack of light pollution made the Milky Way pop out of the dark inky sky, constellations clearly visible on just about any night. Eager for more, we booked a stargazing tour. Further out into the desert and the darkness, and with the help of a real astronomy scientist and a powerful telescope, we were able to see celestial bodies we’d never have otherwise seen, and even our own moon up close and personal. 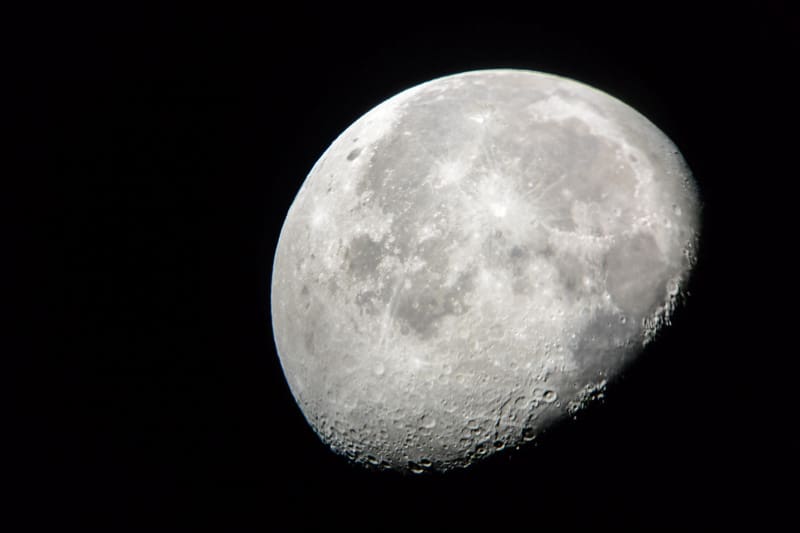 This photo was taken through the telescope!

In addition to the famous stars, San Pedro de Atacama’s Valle de la Luna was also a worthy visit. While you can bike out there yourself, a group tour including transportation is only 13,000 Pesos (under 20USD) including entry to the park and an English speaking guide. The landscape is seriously otherworldly, and the sunset is phenomenal. We may have came for the stars, but the Valle de la Luna was a highlight of the town for me. 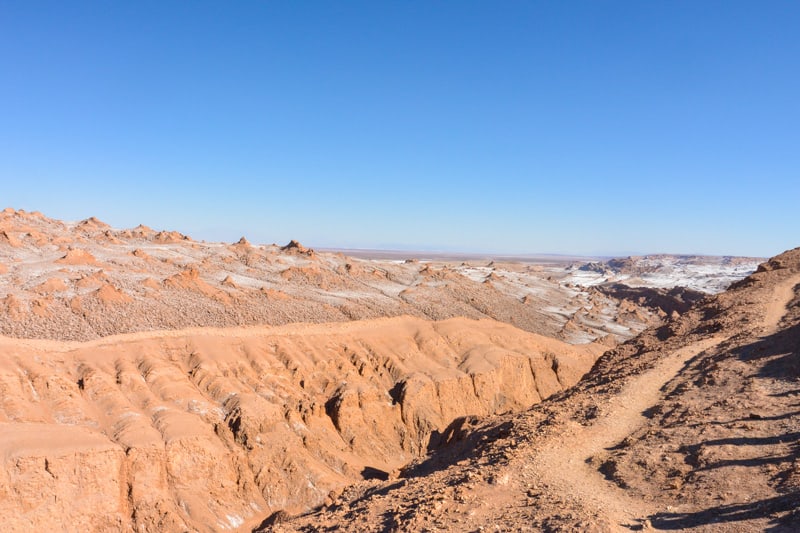 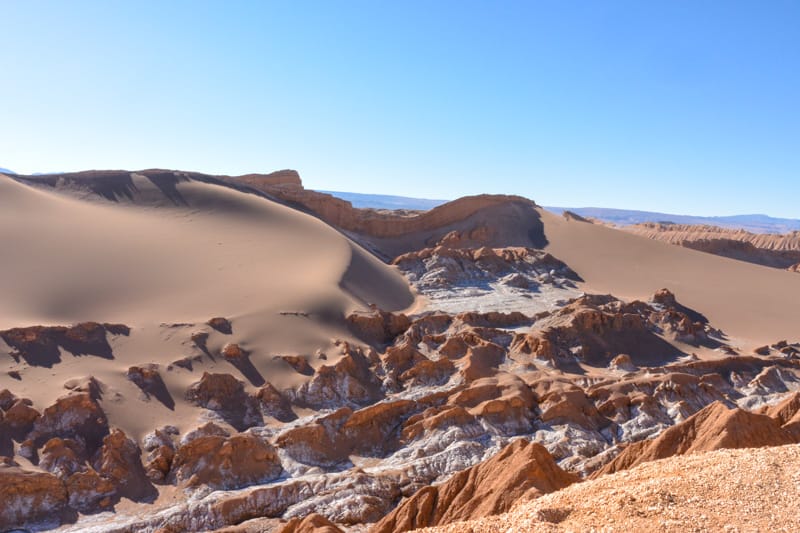 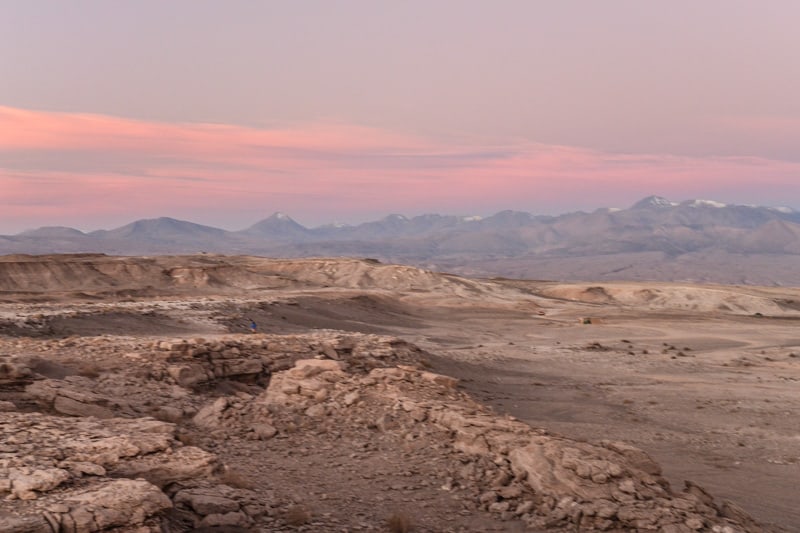 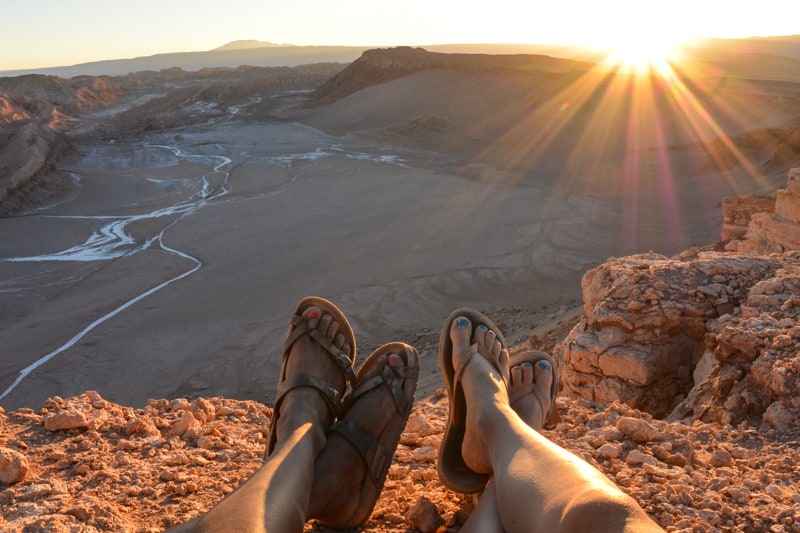 We failed to stay in the apparently nonexistent star pod, and I suppose therefore failed to achieve our goal for visiting San Pedro de Atacama. But plans change, and change, and change again when traveling – but for me it’s about the journey and the memories made along the way, even more than the destination.

San Pedro de Atacama: A vacation from my vacation