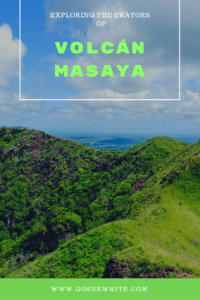 I didn’t even have a glimmer of a plan when I hopped off the colectivo van from León to Masaya in Nicaragua. There weren’t many others in my hostel. In fact I was in a room alone for the entire three nights I stayed there. It was a nice place to be alone but I was desperate for someone to hang out with after a day of wandering around and feeling like I was wasting my time.

As if on cue, Tomás, an Argentine traveler checked in and we struck up a conversation – all in Spanish. He was shy to speak in English so I didn’t really have a choice, but it was a great way to learn! He didn’t have any plans either, so we devised a scheme to go on a short hike to Volcán Masaya, the nearby volcano and the small town’s namesake. 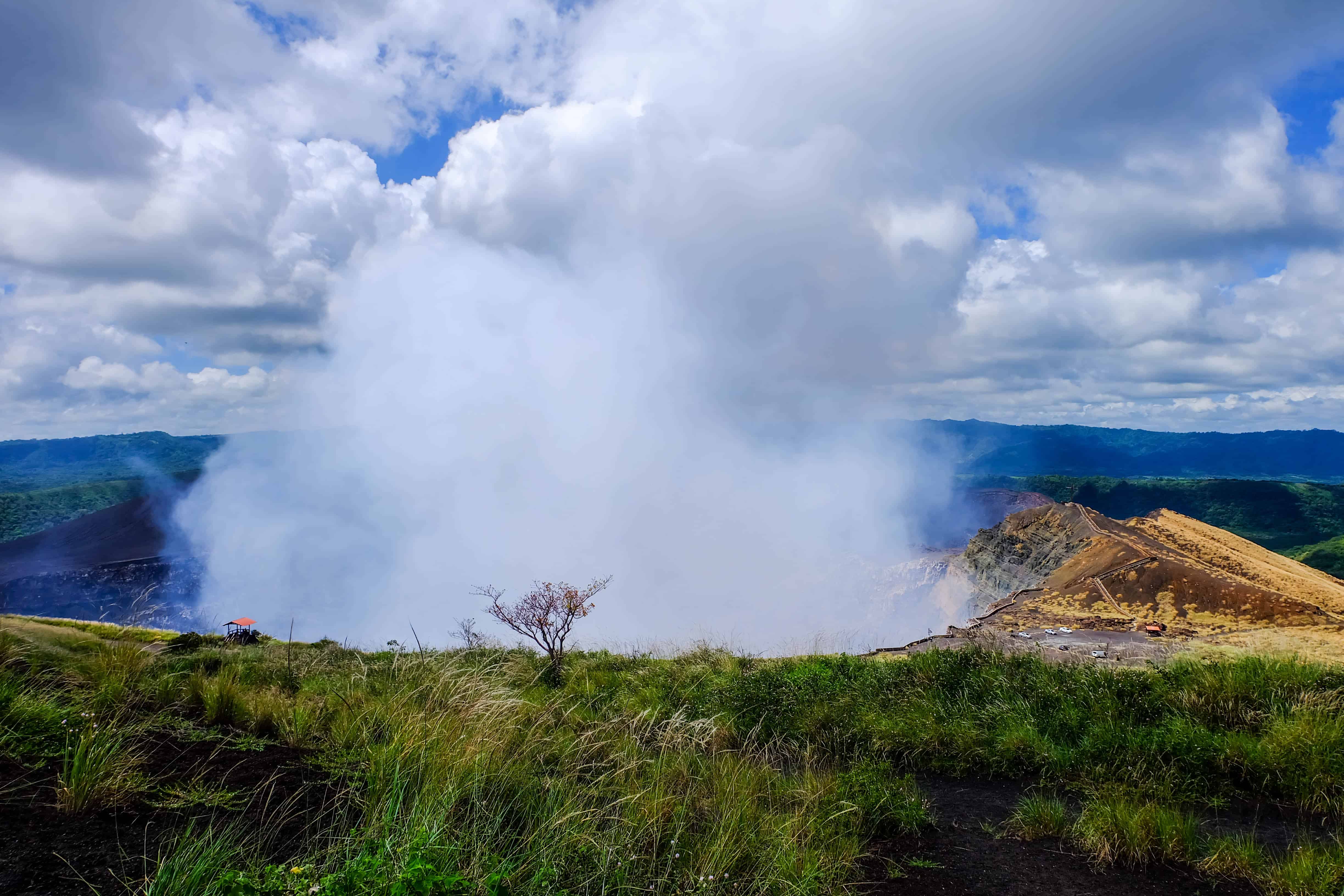 We popped into the visitors center at Masaya Volcano National Park and circled a scale model of the volcanoes, surveying the area were about to see in full form soon. After grabbing a few maps, we piled back into Tomás’ friends’ car and drove toward the two volcanoes in the park.

The first thing I noticed were the signs instructing cars to back into parking spots. This was so that cars could easily and deftly speed away in case of an eruption. Wait, what? 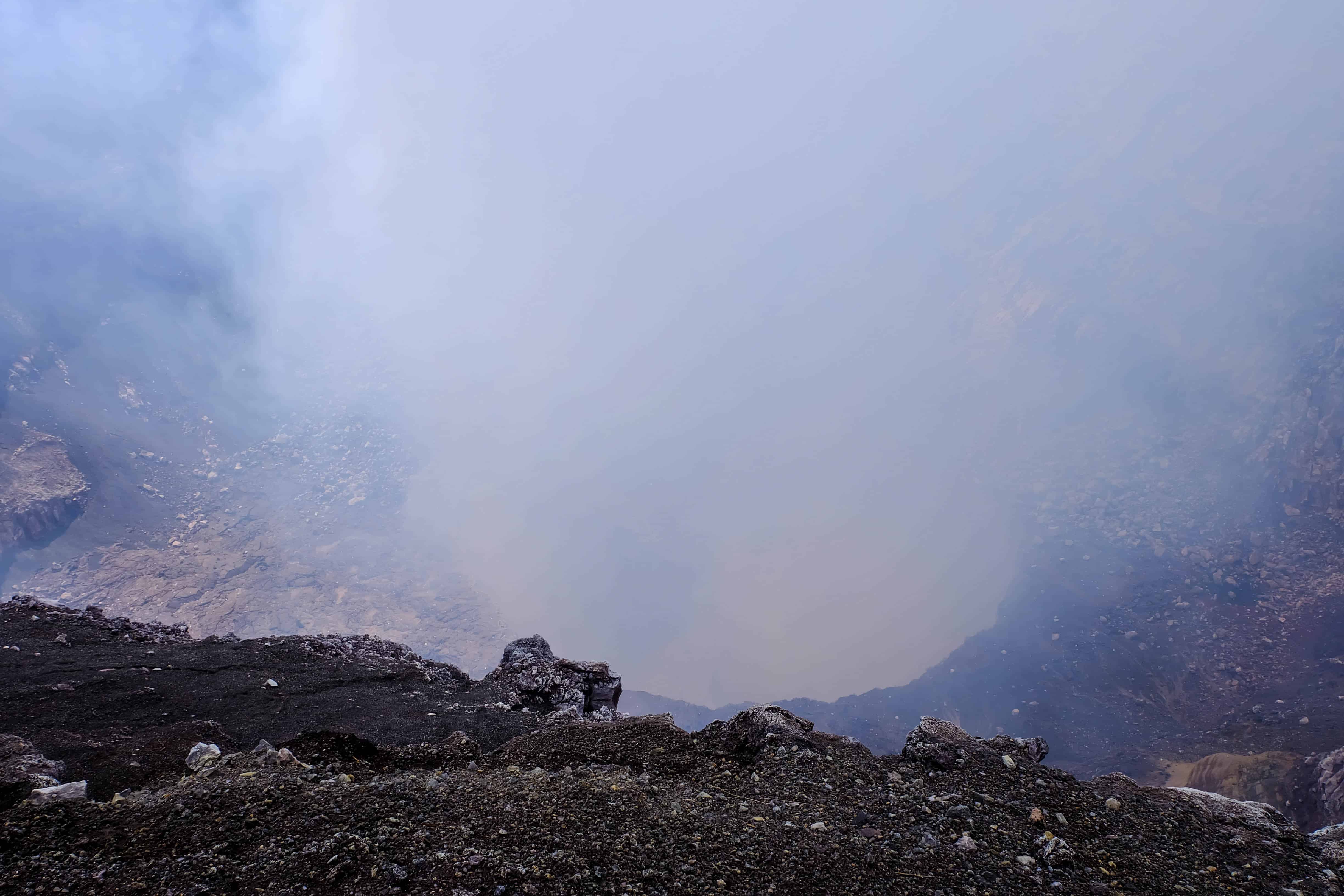 I was surprised to learn that Volcán Masaya is in fact still active and continues to emit sulfur dioxide. Recent explosions of rock were reported as recently as 2001. Tomás actually began feeling a bit queasy as we peered on our tiptoes over the guardrail into the cloudy volcanic abyss that was the crater on the other side. Apparently nausea is a common issue for visitors to the volcano. It suddenly made sense that I’d seen photos of tourists with masks on tours of the national park. 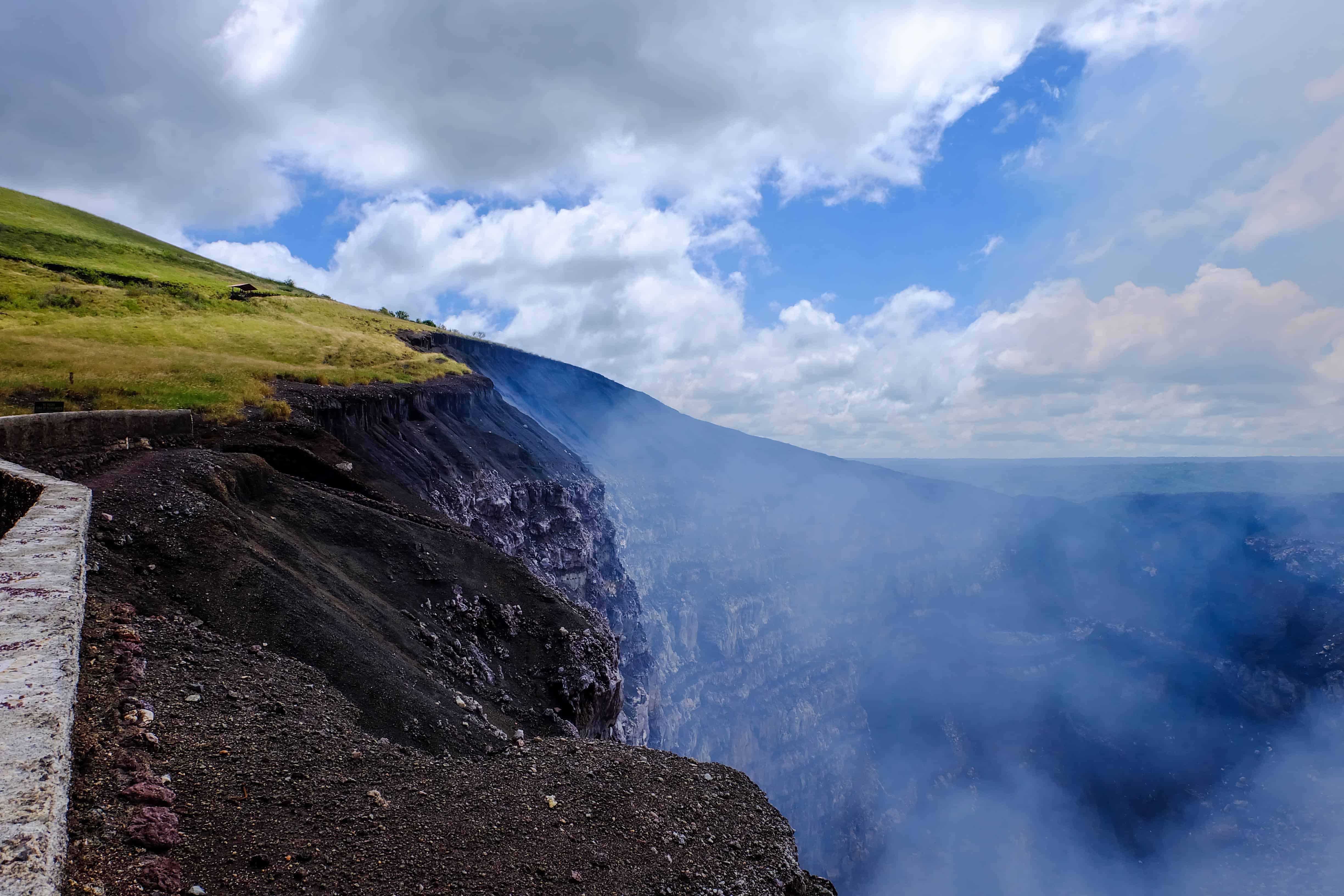 There were still a few other craters to explore that thankfully didn’t emit nausea-inducing gases, so we turned our backs on the active crater and followed some horse trodden trails up to the next one. When we got to the top, I felt like we had landed ourselves in Jurassic Park. The inside of the crater was full of lush, green trees and vegetation. We questioned out loud how deep the crater actually is and resolved that it couldn’t be that deep; it’s not like these were huge Amazonian trees we were dealing with. 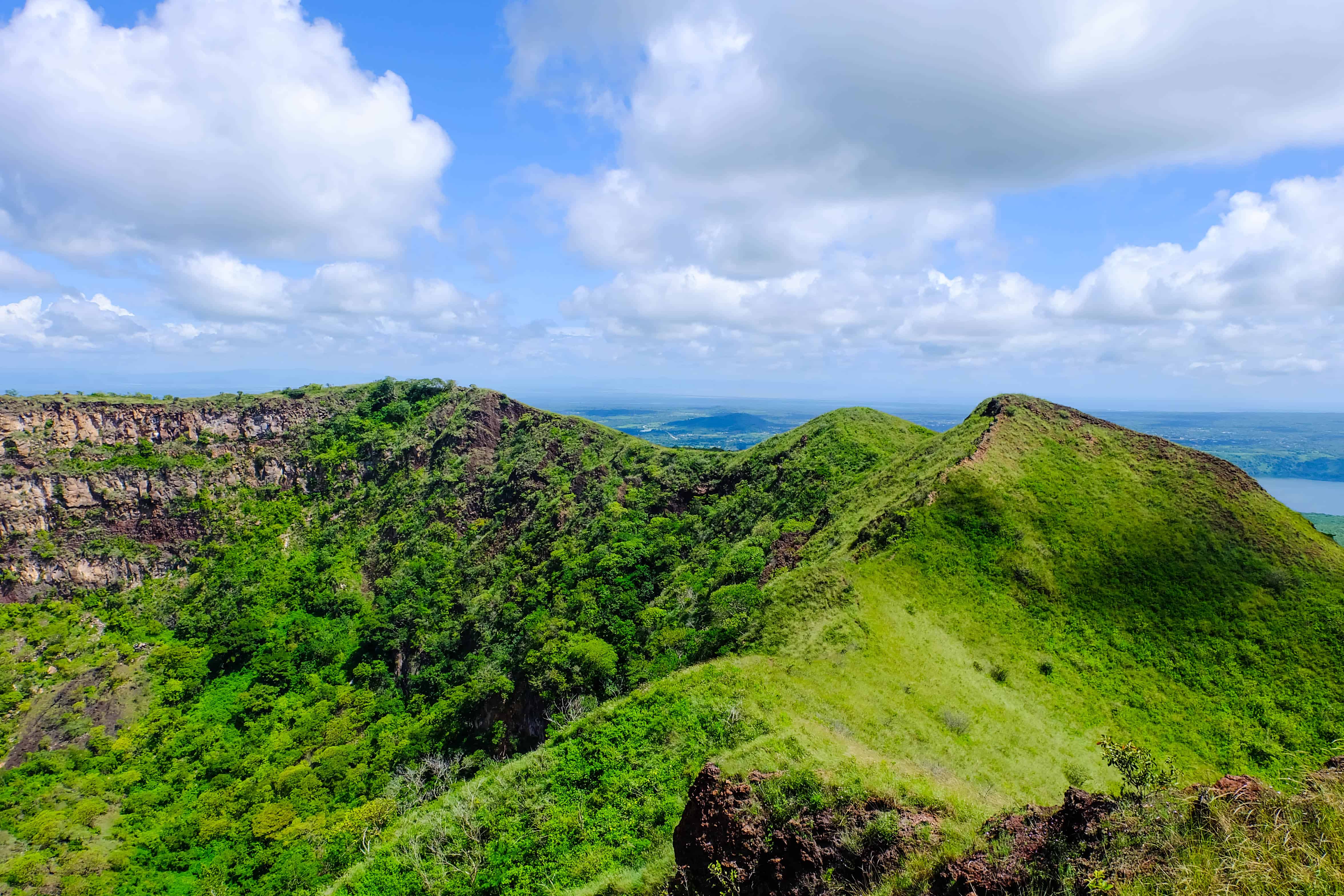 We made our way around the crater, following what we thought were trails but unsure of where they were leading us. At one point our trail to the peak of one part of the crater’s rim seemed to disappear, but we pushed our way through on the overgrown path. We quickly realized why no one uses that path anymore: we were up high on the edge of the crater and there was no path on the other side to get down. What didn’t seem so high up from afar was actually quite treacherous. We took in the panoramic view of the lake and the tiny speck of a town that was Masaya and retraced our confused steps back to safe ground. 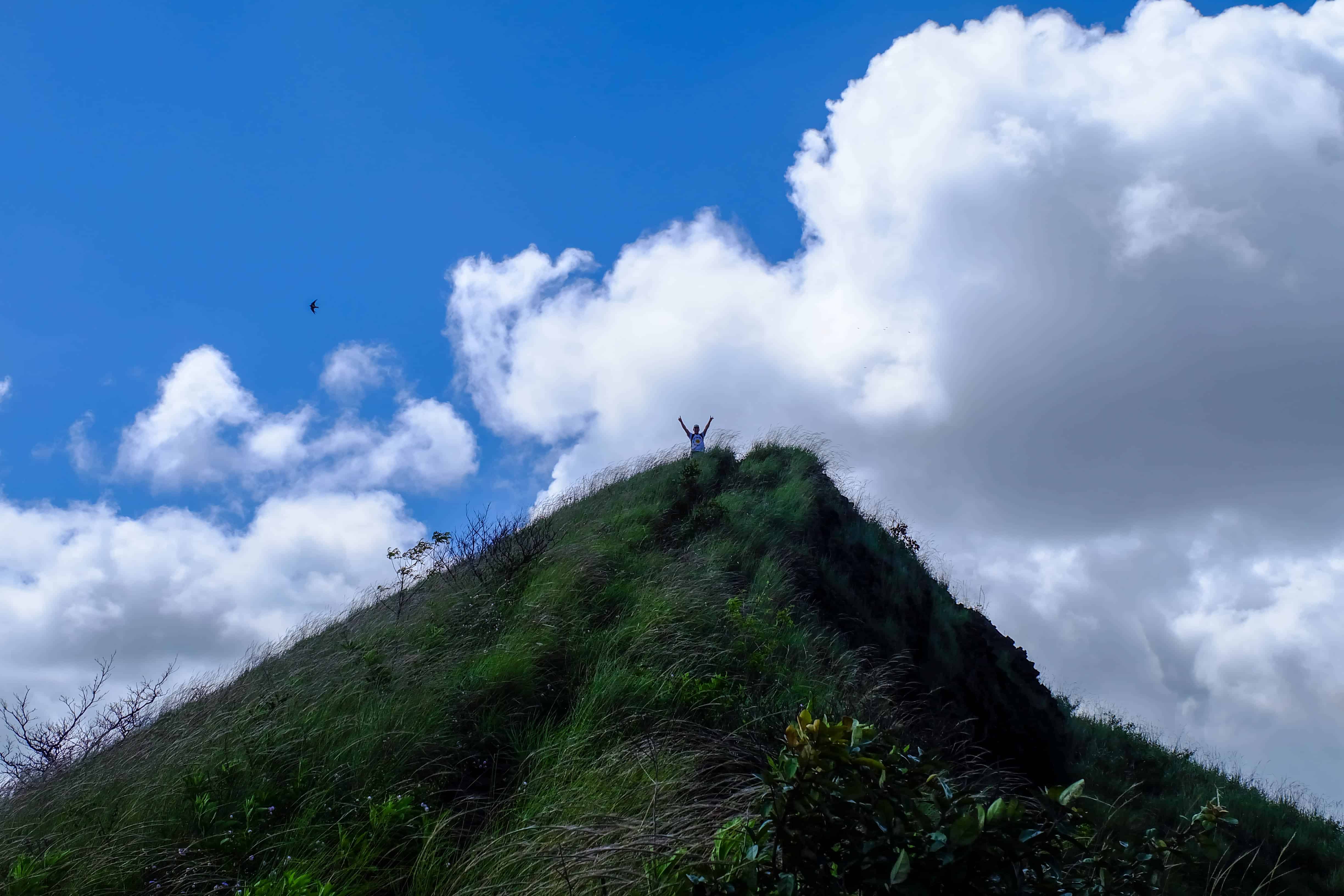 Exploring the area around the craters was fun, especially while practicing my Spanish with a new friend. When we were finished, we started walking the long road back to the highway and were in luck when a couple picked us up and let us hitch a ride in back of their pickup truck. Within a few minutes, the breezy ride was over and I was back on the highway where I began my adventure in Masaya just a few days prior. I smiled, thinking back on when I had no idea what I was going to do in this new place.

5 thoughts on “Exploring the craters of Volcán Masaya”