Everyone has that quirky thing that they look for when they travel — the corner cafe with little umbrellas and perfect croissants, the museum with prehistoric skulls, desert cave paintings, a lewd shot glass to add to their collection, the best pizza, etc.

My thing just happens to be volcanoes. Sometimes this is inconvenient because volcanoes, despite their size, are not always easy to find.

When I found out that I would be able to spend three weeks in Sicily this fall, the first thing I did was see how close I could hypothetically get to a volcanic crater. Because I don’t just want to LOOK at a volcano. I want lava, I want smoke and steam and excitement. While I don’t *quite* want to go diving into a lava pit like this dude, I definitely want to see something red and hot and sparkly.

First on my list was Stromboli, a volcanic island off the coast of Sicily in the Tyrrhenian Sea. Getting to Stromboli is not particularly easy, but it’s not impossible either — from Palermo, Italy, the journey involves two trains and two boats. But it was worth it, and this is from someone who hates boats, because THIS is what we saw as the approached the island. 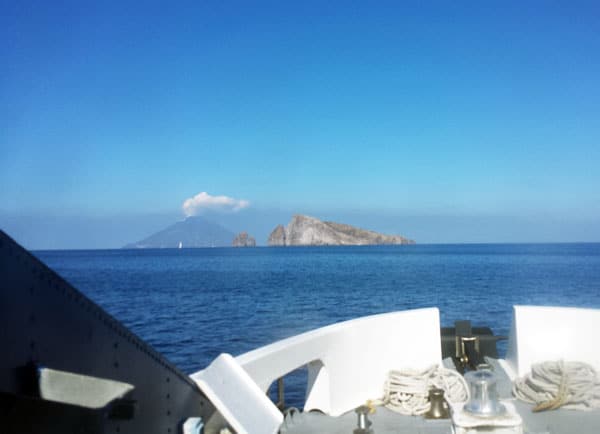 I WAS SO EXCITED I CANNOT EVEN DESCRIBE IT.

Of course, the problem with visiting volcanoes is that they’re unpredictable, although the bigger problem with Stromboli is that no one on the island seems to understand how to use the internet. I had planned to tackle the five hour hike to the summit (and the crater!!!), but a lava flow had unfortunately cut off part of the trail and made the hike impossible.

The chagrinned man at the trekking company, fielding off a hoard of disappointed tourists, admitted that the mountain had been closed for the past two months. Of course it had not occurred to anyone to put this info on the website, which might have curbed the number of annoyed amateur volcanologists crowding in the door. Personally I wasn’t that bummed because there is something awesome about saying “my travel plans were thwarted by a lava flow” and “I spent two days on an erupting volcano.” 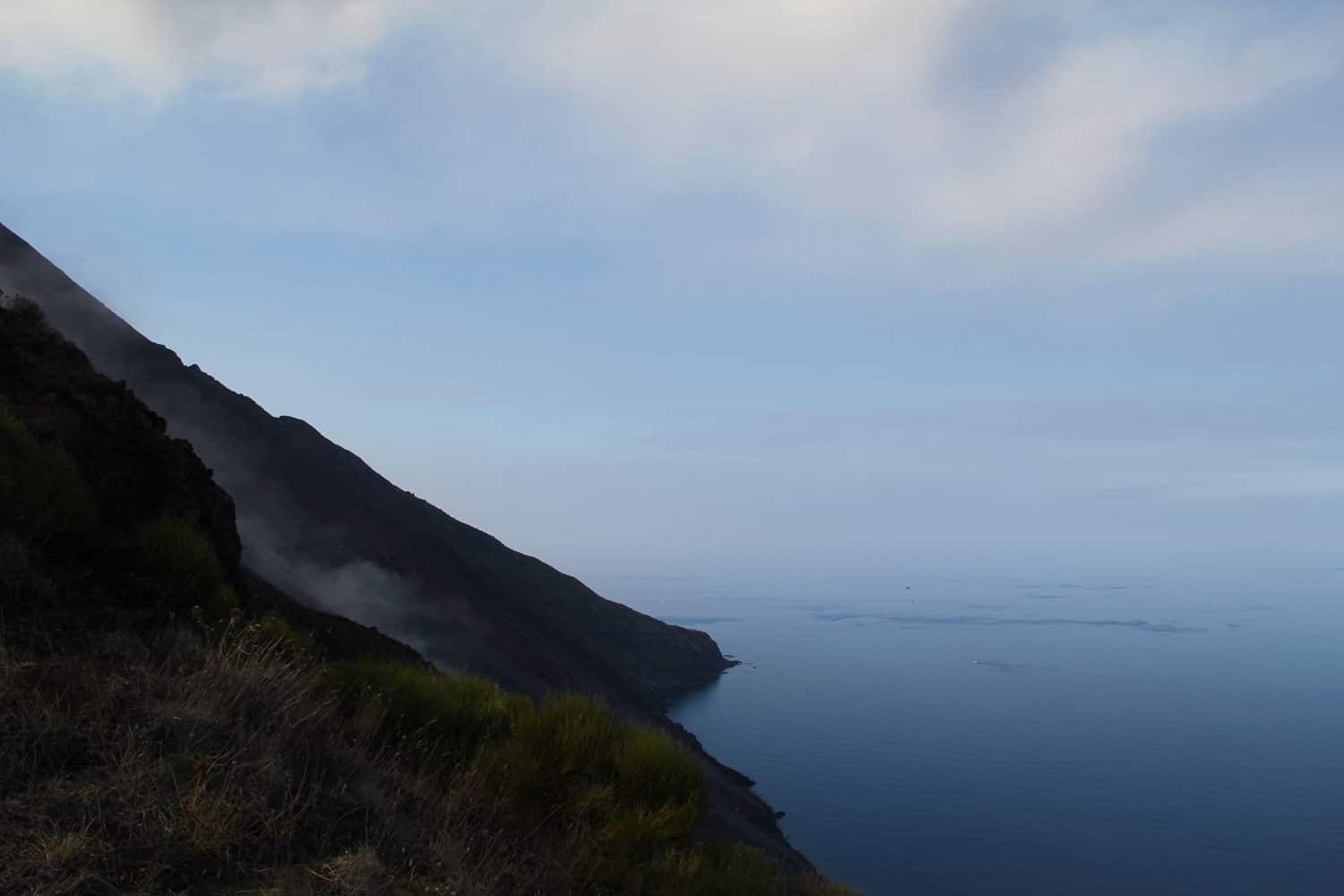 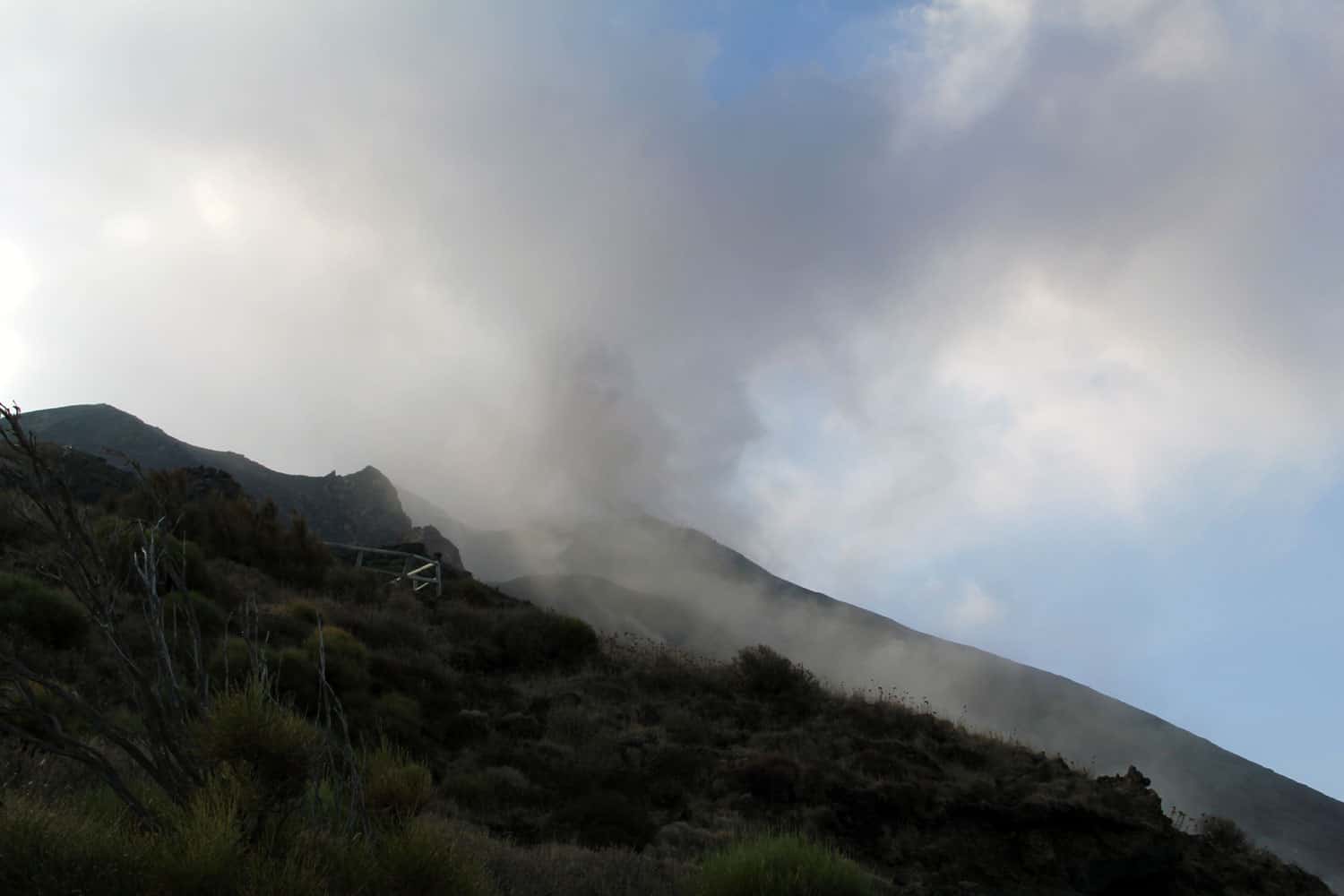 We were able to hike part of the way up the trail to see the lava flow, and that evening we hired a kayak guide to take us out to the base of the flow, where we saw steaming rocks plunging into the ocean. Two weeks ago, the guide told us, the water had been boiling twenty meters off the shore and all the fish were floating up dead. I was extremely bummed that this was not still the case, but my mom, my traveling companion for the week, was less bummed. We got to see a teensy bit of lava around the crown of the crater, but not quite enough to satisfy my “stand on the edge of an erupting volcano” bucket list item. #sorrymom 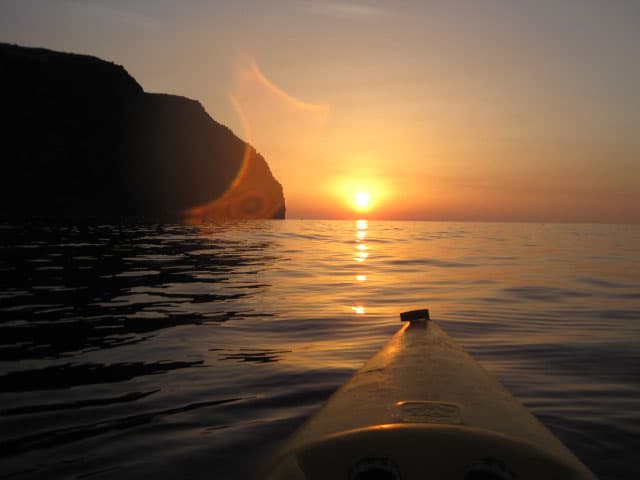 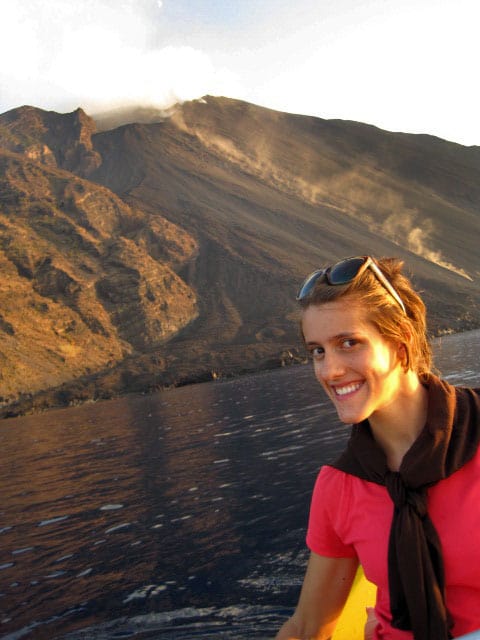 Part II of my Italian Volcano Tour was Mt. Etna, the 3500m volcano at Sicily’s core. Mt. Etna proved to be an equally fickle beast. We arrived in the middle of torrential downpour and received one, split-second glimpse of the volcano’s peak. Then the clouds rolled in and we never saw it again. The owner at our hotel sniffed, and said we shouldn’t even bother going up and certainly shouldn’t spend money on the guided tour to the crater. We took his advice on the spending money, but we made the drive to Refugio Sapienza, the base of the mountain, anyway. As predicted, we saw nothing, but we enjoyed an eery hike through the black rock moonscape and fog and I collected some pumice rock souvenirs (shhhh don’t tell customs). 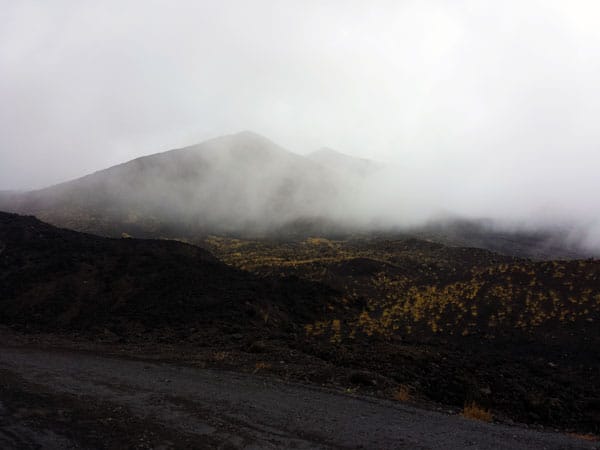 In terms of summiting a volcano, my trip was kind of a flop, but how often do you get to see a lava flow, glowing or otherwise? And while I failed to check “volcanic crater” off my bucket list, I don’t see that as necessarily a bad thing — my interest in volcanoes and other geothermal oddities is probably not something that is going to be banished with a check mark, anyway. I’ll just have to keep searching for the active volcano that will cooperate with my travel plans — and in the meantime, spending two days on an island like Stromboli? Well, it didn’t suck. 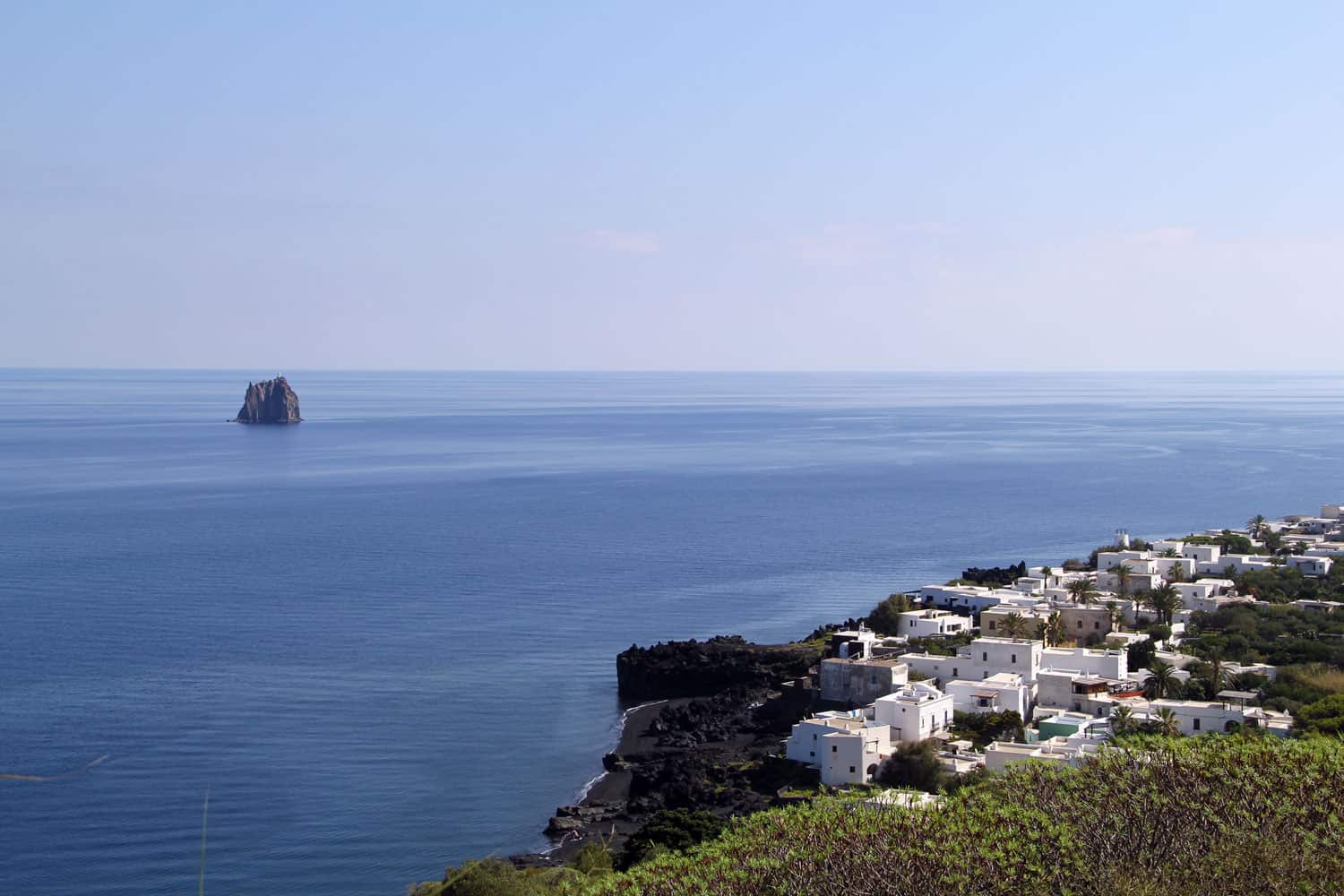 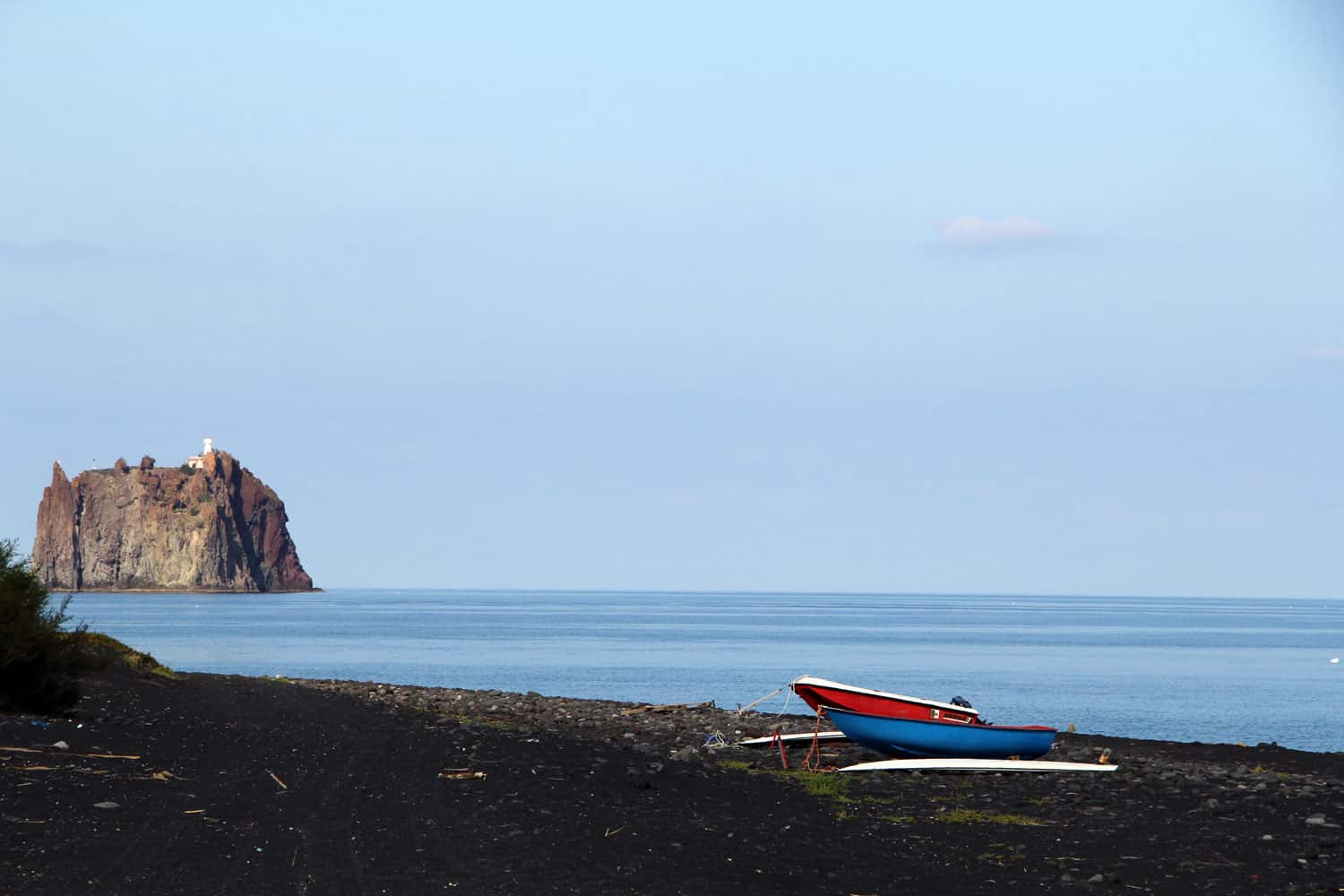 Have YOU seen a volcano up-close anywhere in the world?

Exploring the craters of Volcán Masaya

8 thoughts on “Volcano hopping in Sicily”