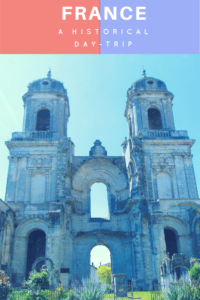 After weeks of cloud and rain, I took advantage of the first hot and sunny day and set out on little country road trip. 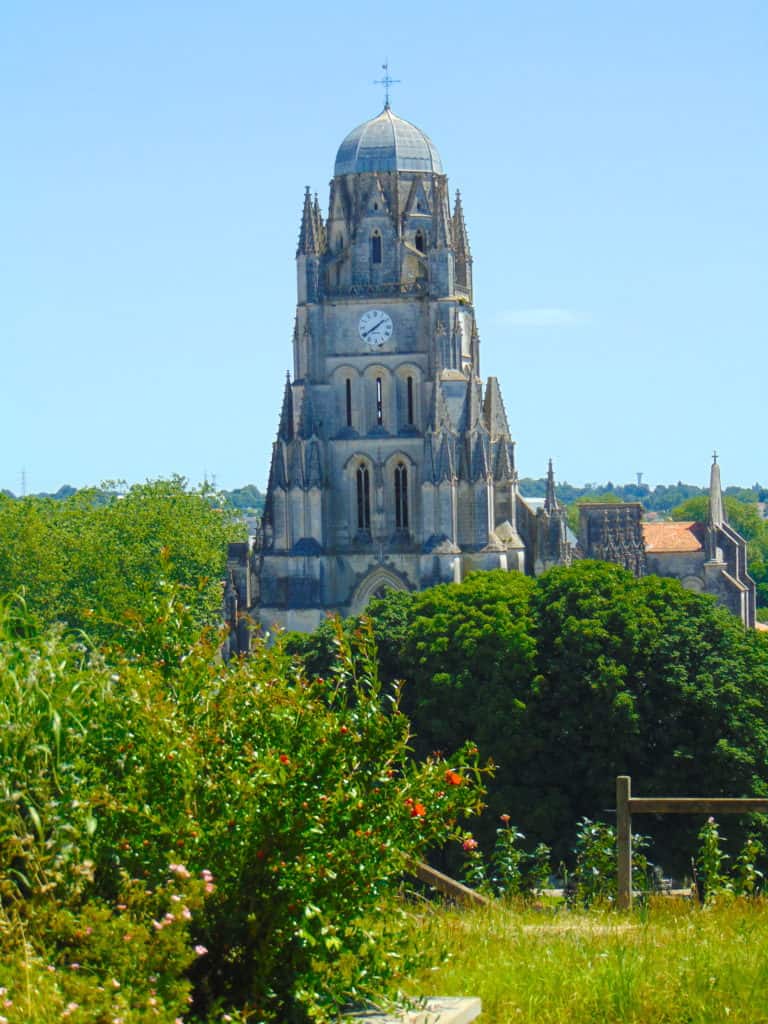 My first stop was Saintes.

Saintes (spelled Xaintes or Xainctes throughout history) is a historical commune town in southwestern France. It was known as Mediolanum Santonum in Roman times and today is known for its Gallo-Roman, medieval, and classical history, making it a popular destination for tourists as a member of the French Towns and Lands of Art History. 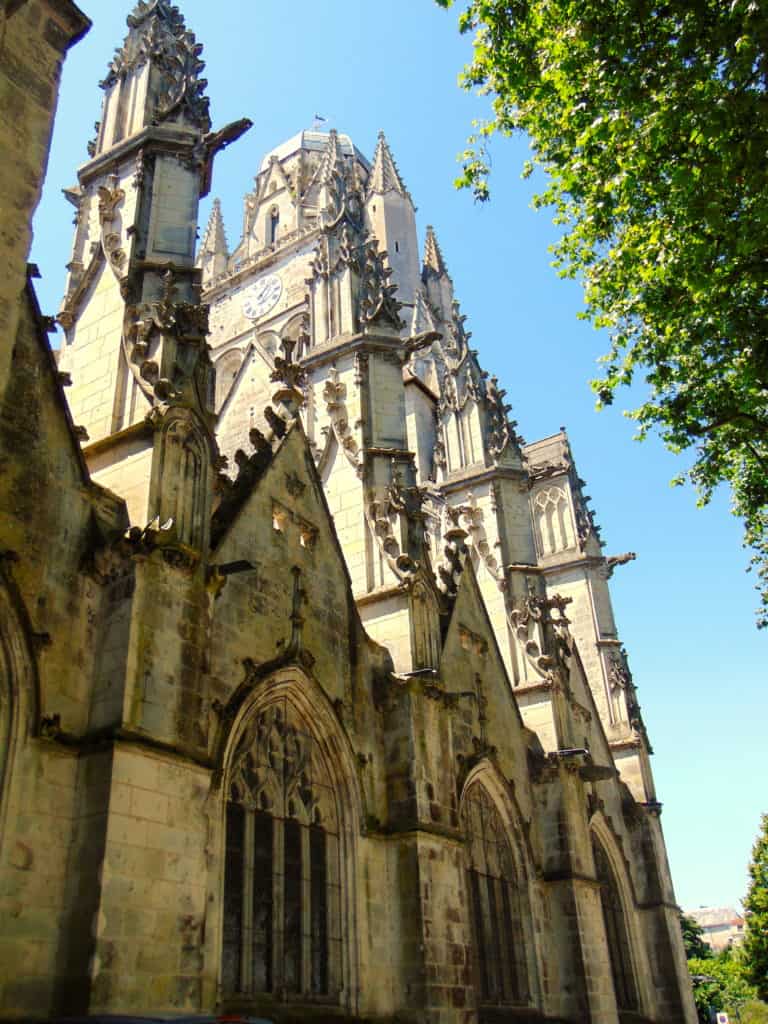 After trekking through the town for a while, I followed the signs to the Roman Amphitheater.

Popular touristy destinations are best to visit before the crowds start piling in and, since it was June, I found myself standing completely alone in the center gazing around in all directions at the splendor of it all. 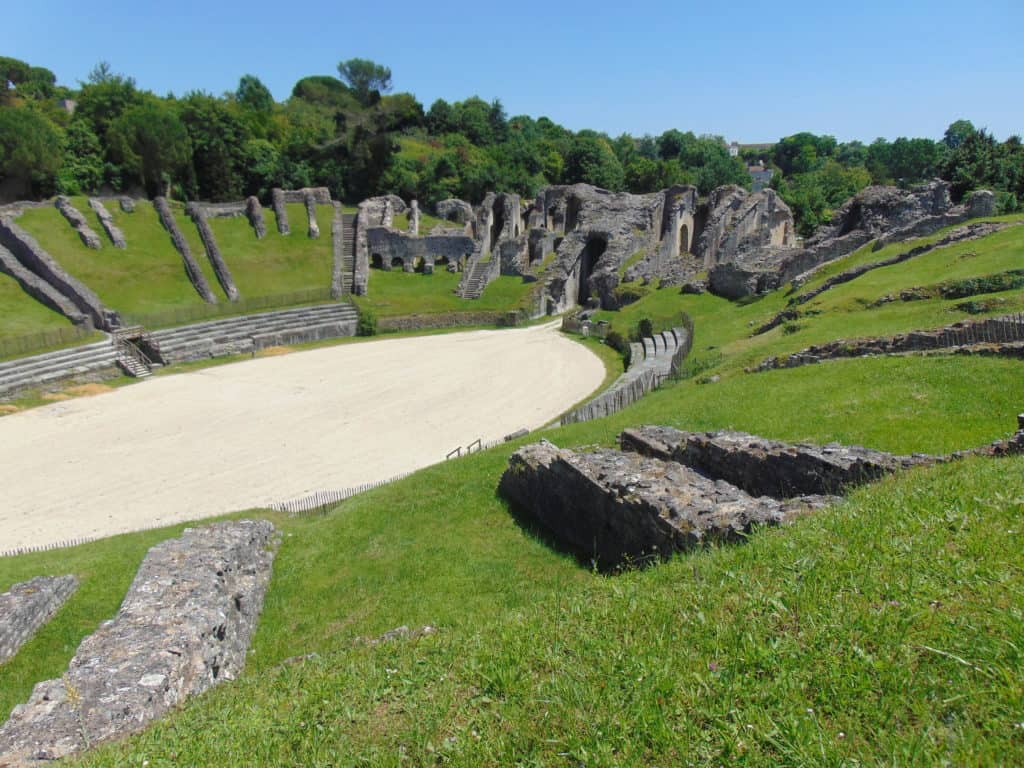 These Roman amphitheaters were popular places for sports, entertainment, and performances. That makes it sound pretty tame.

The earliest Roman amphitheaters date from the middle of the first century CE and the one I was standing in the middle of was built between 40-50 CE.

The grand grate was called porta Sanavivaria and it’s the gate you’d want to be going through. This is the door that the winning gladiators walked through. 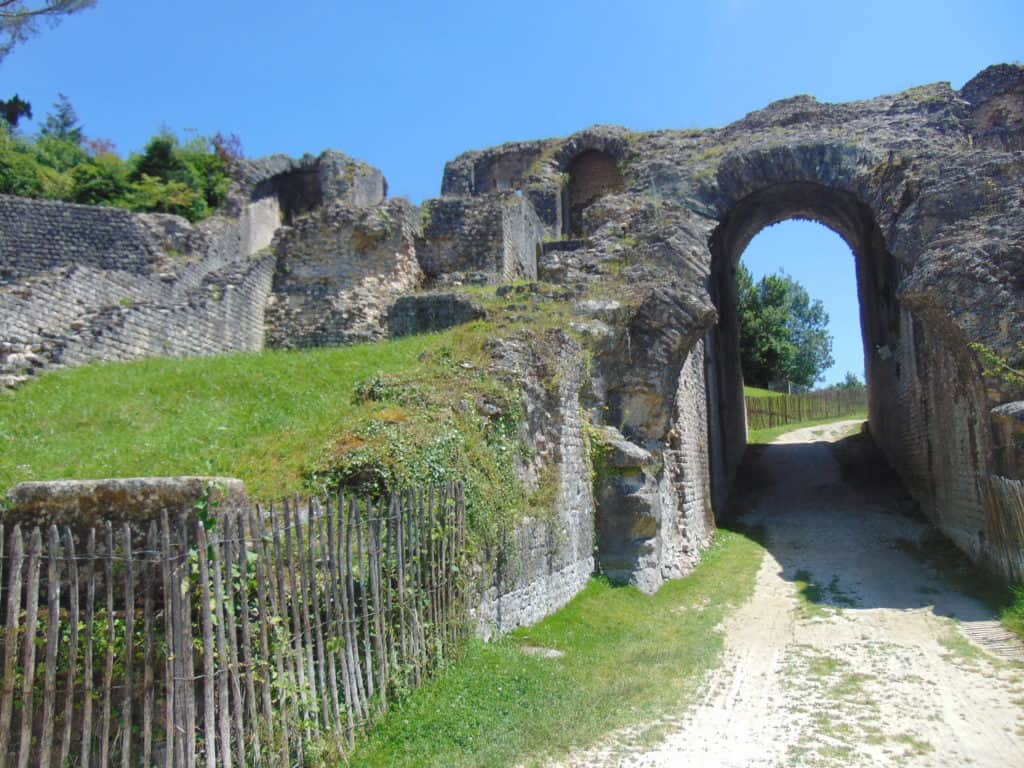 The door of the living.

Porta Libitinensis was on the other side. This door was used to cart out the remains of fallen gladiators and animals. 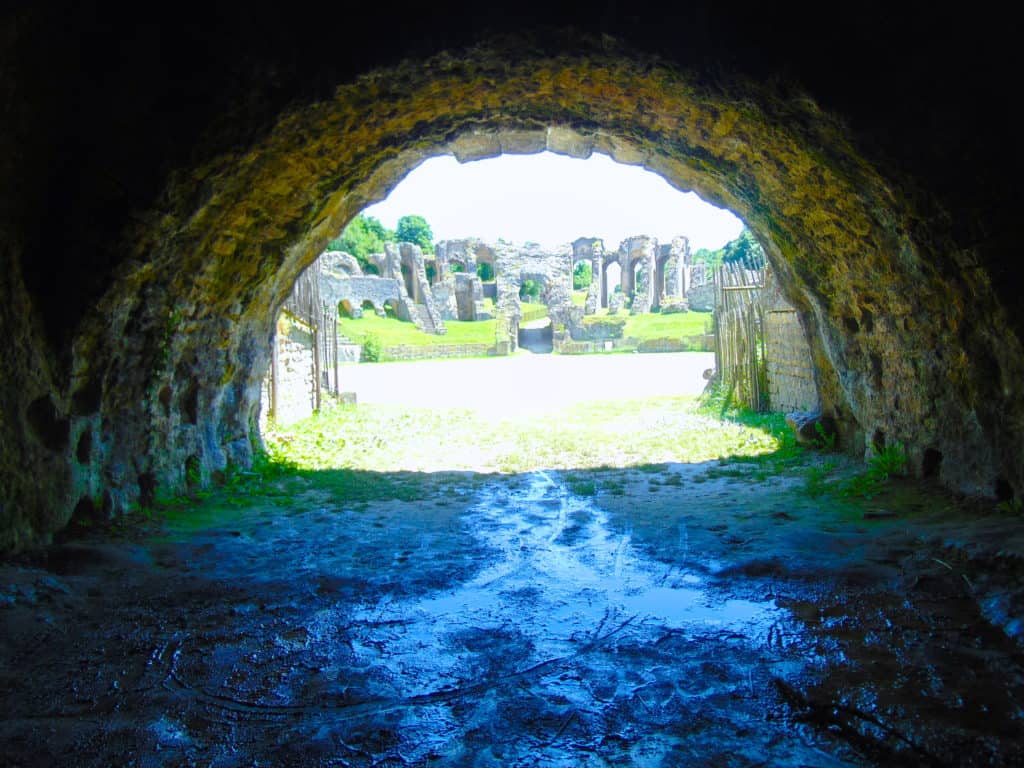 The door of the dead. 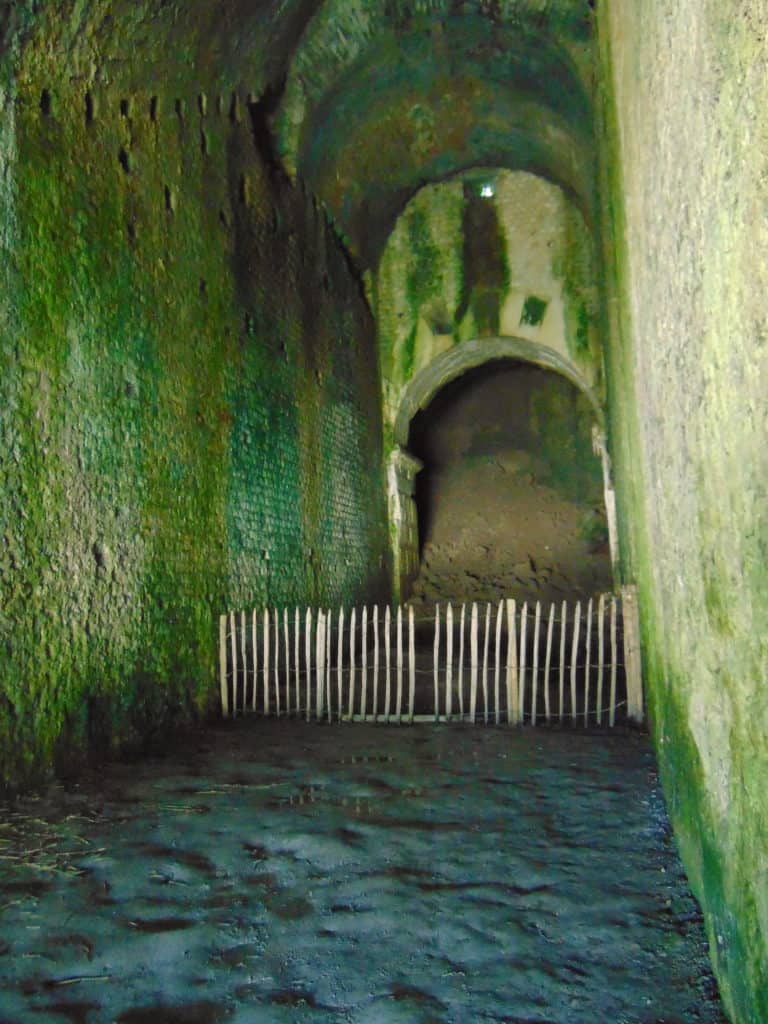 The door of the dead is now filled in on the inside.

Most of these amphitheaters were left to crumble after the end of gladiator games in the 5th century and animal killings in the 6th. 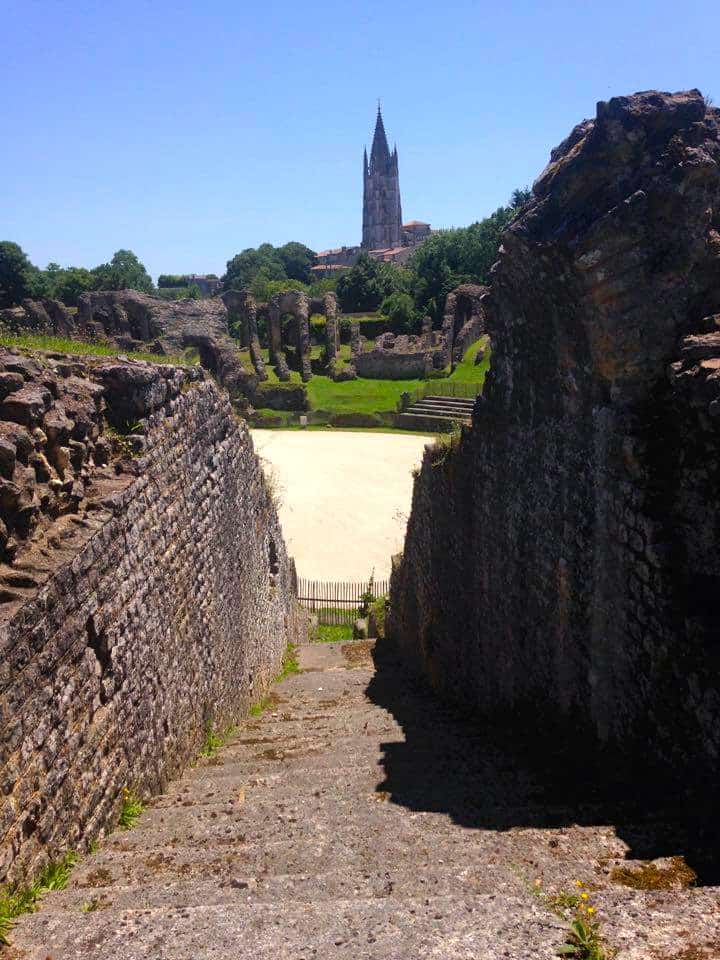 The church rising into the sky behind the amphitheater. It is the church of St. Eutropius and has a roman crypt. It was my next stop.

It was 36 degrees Celsius outside and after walking around in the scorching sun in the middle of a wide-open gladiator ring, I was happy to walk into a cool crypt (that’s not a sentence I’ve ever said before). Although, at first I couldn’t get the lights to turn on and, let me tell you, there would have been no crypt visiting without lights. 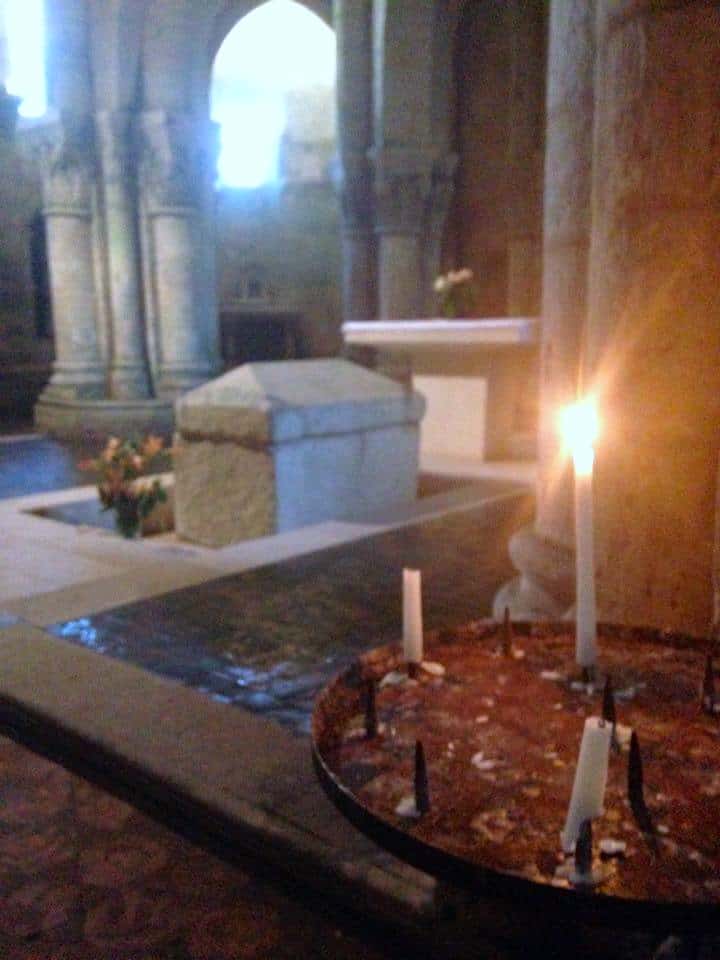 The crypt holds the remains of Eutropius, an Eastern Roman official known for his cruelty and greed and who may or may not have helped to assassinate his predecessor Rufinus.

Next I headed to Saint-Jean-d’Angély in hopes of climbing to the top of the towns most precious piece of architecture; the Abbey Royale. 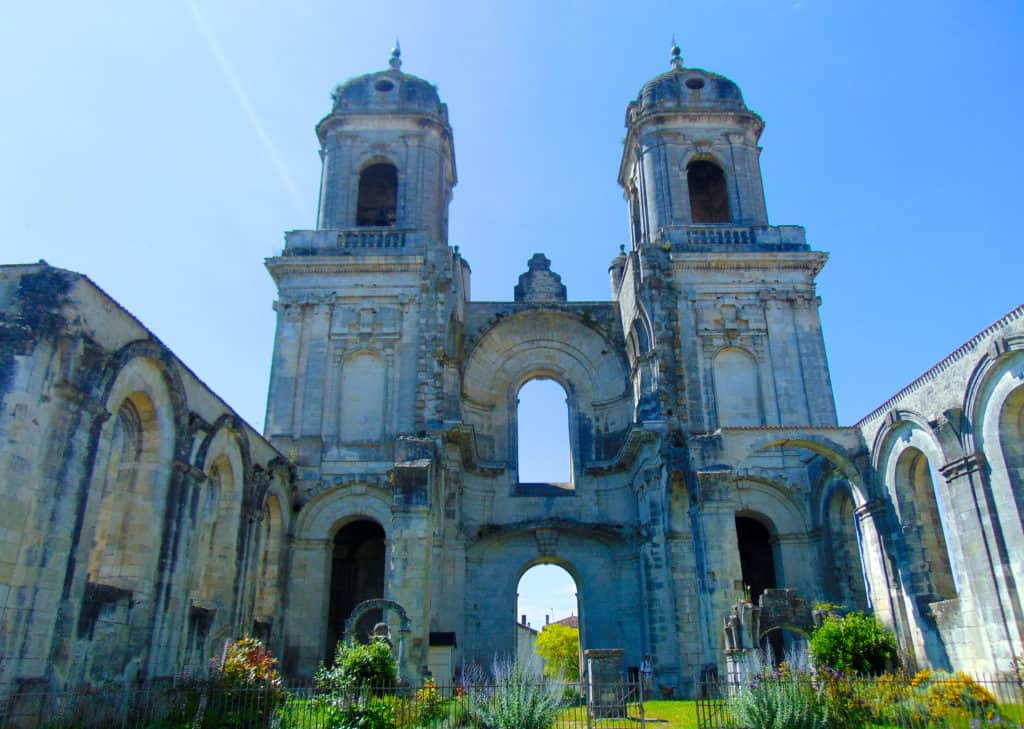 The Abbey was founded in the ninth century and built high up so the monks could watch over the whole town. It was destroyed many times after religious and political uprisings in the 14th, 17th, and 18th centuries. 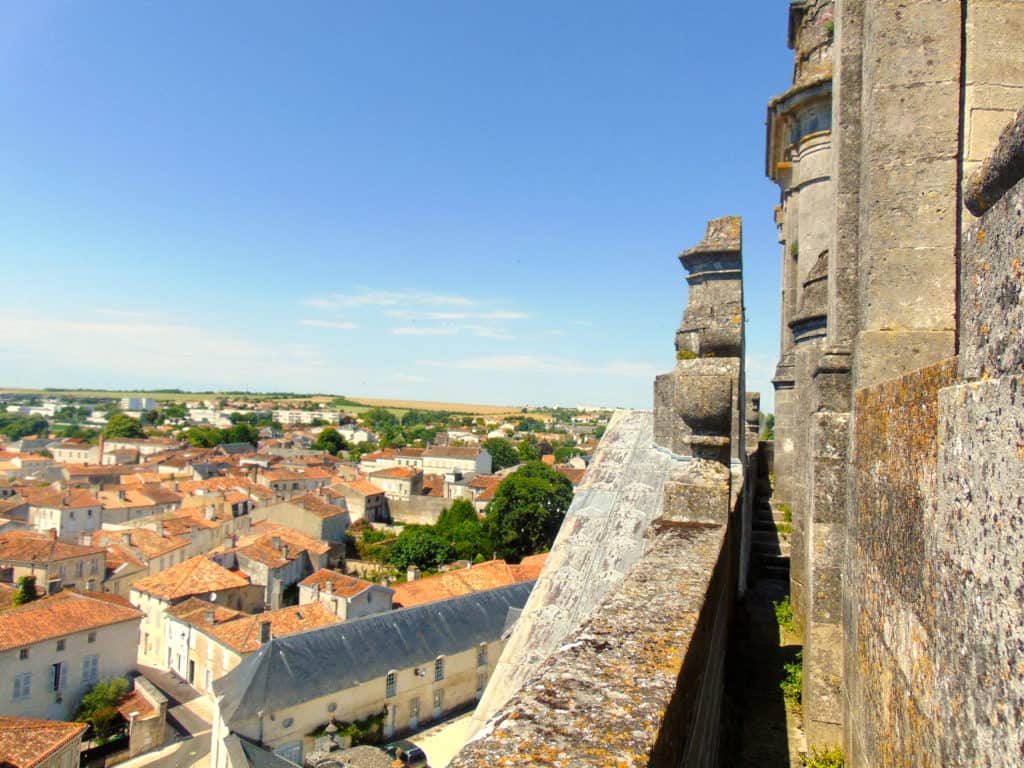 The view from the top

The temperature in the car was at 38 degrees when I left the Abbey so it was time to end my day of history as anyone in my situation would; a beer and a dip in the pool.

(It’s important to note that I got a beer at McDonalds because you can do that in France.) 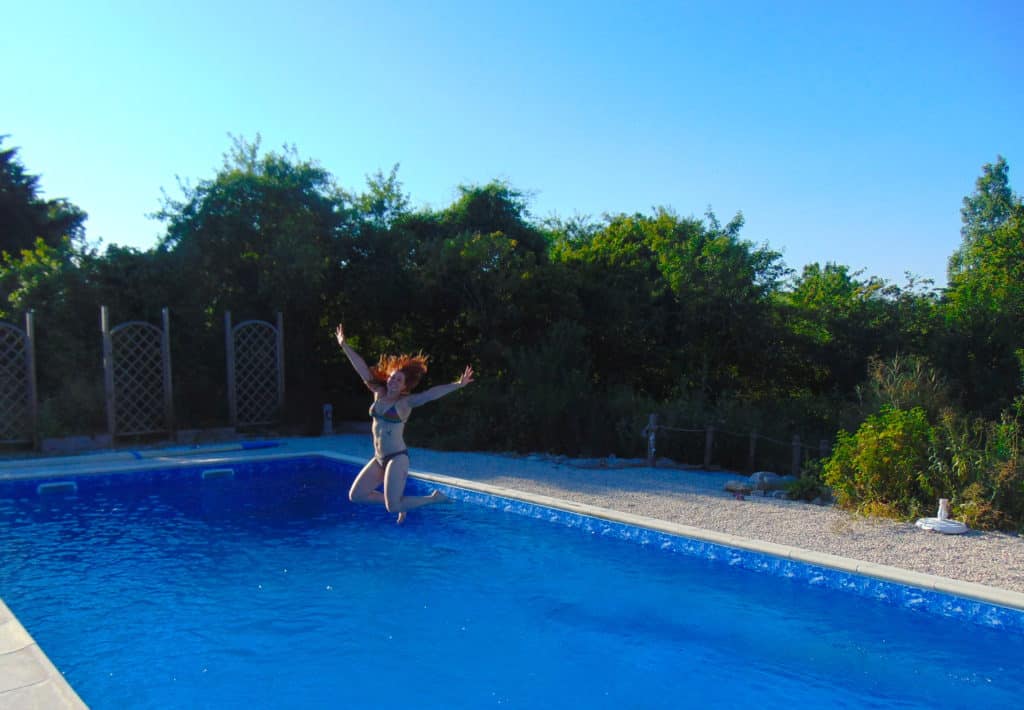 The pool at an incredibly quaint gite in France.