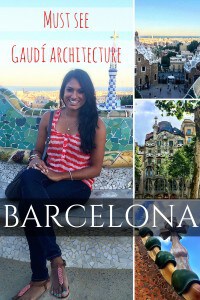 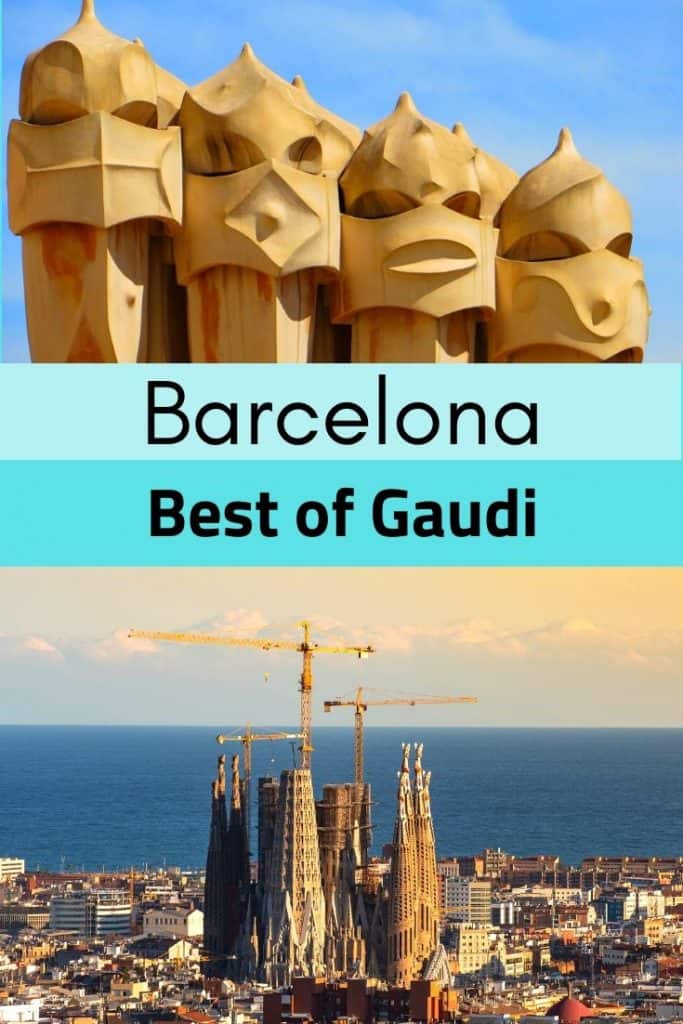 It’s no secret that Barcelona is one of the most beautiful and visited cities in the world. While you don’t need me to tell you that there are a million things to see and do in Barcelona, I do encourage you to look up and around, especially at Antoni Gaudí’s architecture. Sprinkled all over the city, Gaudí was commissioned on number of projects from parks to buildings and churches. Some of my favorite pieces of Gaudí architecture in Barcelona are his most popular works, and it’s easy to see why. 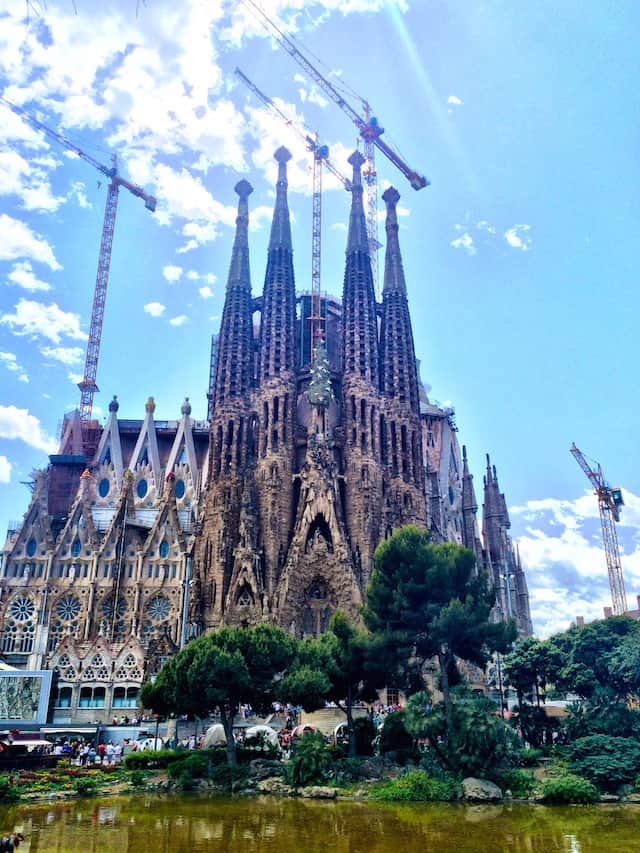 La Sagrada Família has been under construction since 1882. That’s right: 1882! Set to be completed between 2026 and 2028, La Sagrada Família is worth the long lines and cost for entry. Adorned with religious carvings, phrases, and animals, the outside of this church is both overwhelming and jaw dropping. I spent much of my time at the church outside, craning my neck as I gawked at the carvings above me on both sides of the church. To me, La Sagrada Família looks like a slowly melting candle; I love it! 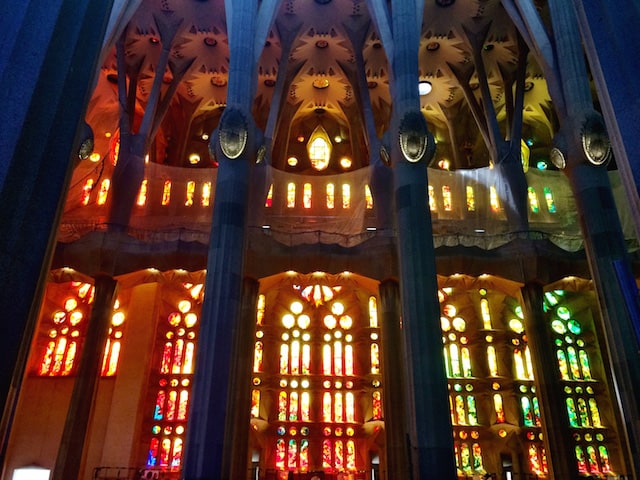 One of my favorite things about La Sagrada Familia is how beautifully lit the church is. The light that streams through the colorful stained glass windows was so bright, it reminded me of being inside a nightclub. There is almost no need for lights at all in the church during the day, it pours in from every angle and bounces off the walls and pillars that Gaudí intended to look like towering tree trunks. 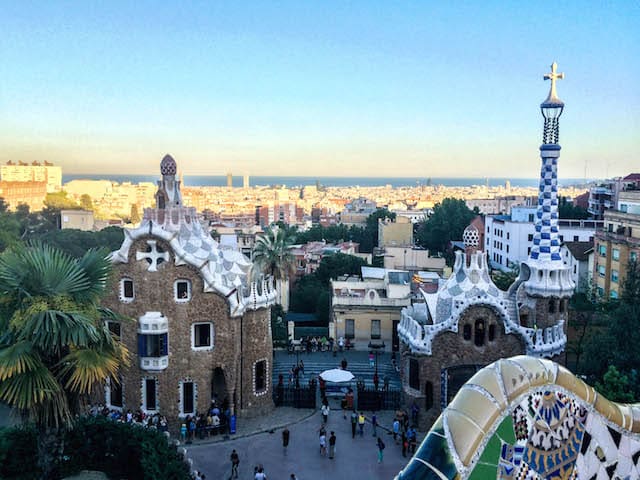 Originally planned to be a private park for local residents, Park Güell is the place everyone goes to for gorgeous views of the city along the seaside. Created with broken pieces of tile, the mosaics along the park benches and buildings are so intricate and interesting to examine.

Though most visitors go to Park Güell to take photos along the serpent-like park benches, the park also includes Gaudí’s house, fountains, museum exhibits, and pillars with bird’s nests. Every detail of the park echoes Gaudí’s unique artistic style.

Pro tip: visit Park Güell close to sunset; the lighting is perfect and there are fewer tourists to ruin your photos! 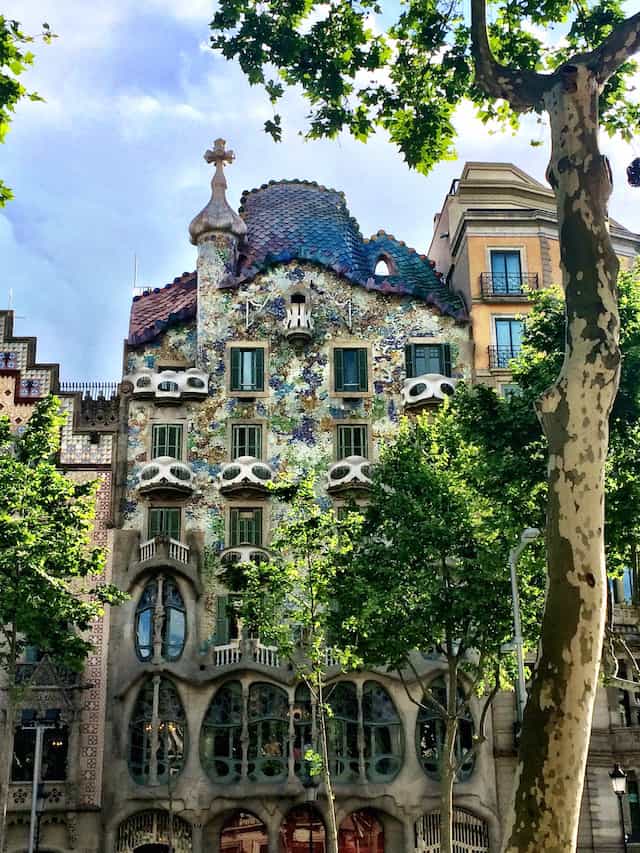 Casa Batlló is a striking spectacle of a house that looks like it might be either haunted, or alive, and the self-guided tour of Casa Batlló was one of the coolest tours I’ve ever been on. From the outside, the house appears as if it is supported by beams made of bones and the balconies looked like skulls. The house really comes to life on the inside, in which visitors tour with a smartphone with a display of the house in virtual reality. When a visitor holds up the phone to a part of the house, it comes alive the way Gaudí wanted it to. A tortoise shell-shaped window would turn into a sea turtle swimming in the air, a mushroom-shaped fireplace would emit smoke; the house was alive. 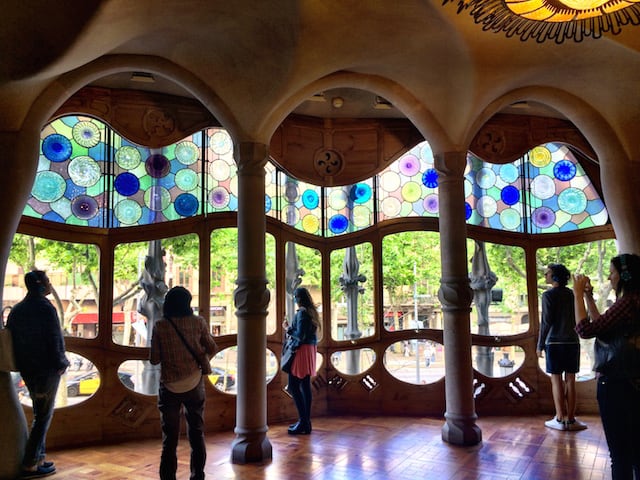 One of my favorite parts of Casa Batlló was the roof, which looks like the spine of a dragon or dinosaur. I”m not one who likes to pay for tours, but this is one of the most worthwhile tours I’ve been on in all my travels. It was like taking a step inside Gaudí’s mind and getting lost in his thoughts. 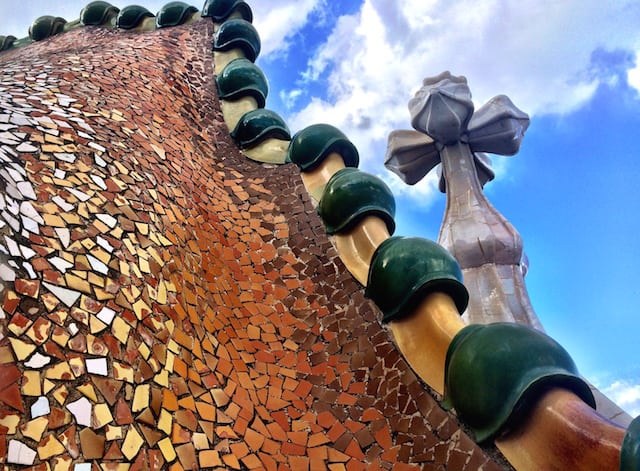 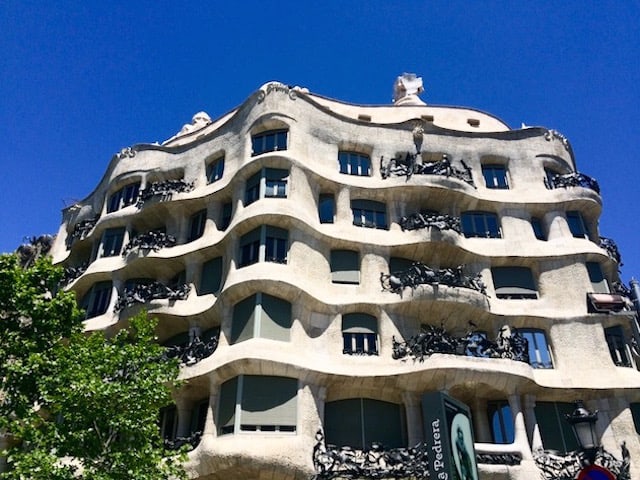 Known for its grandiose rooftop and slender pillars and arches, La Pederera, another house designed by Gaudí, reminds me of a less scary version of Casa Batlló from the outside. Inside, the flowing, curved shape of the building’s exterior continues and Gaudí shows off the furniture he built specifically for the house and his vision of geometric shapes. Don’t miss out on the roof, showcasing chimneys that look like knights and glass skylights.

While I’m still battling between which is my favorite city in Spain, Madrid or Barcelona, it was certainly Gaudí’s architecture in Barcelona that had the scale tipping slightly heavier toward one side. 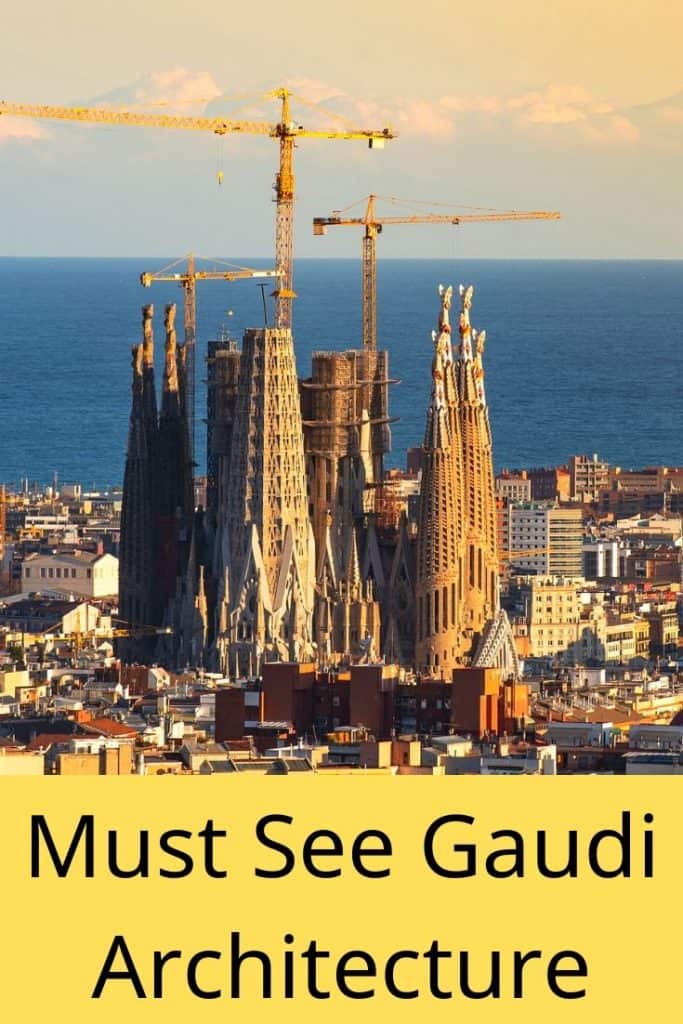 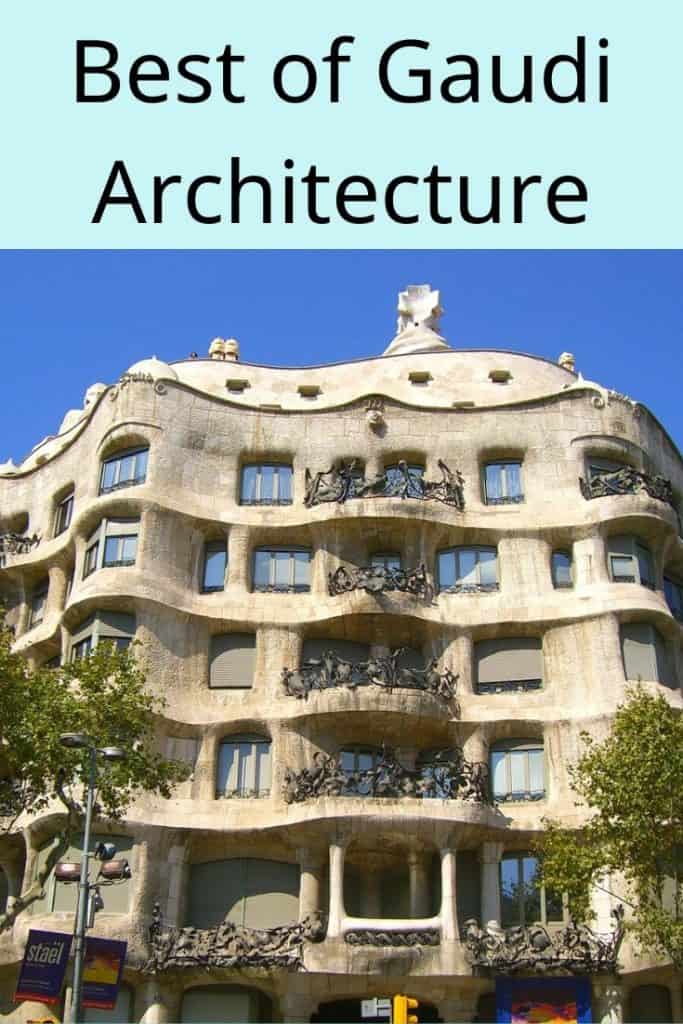 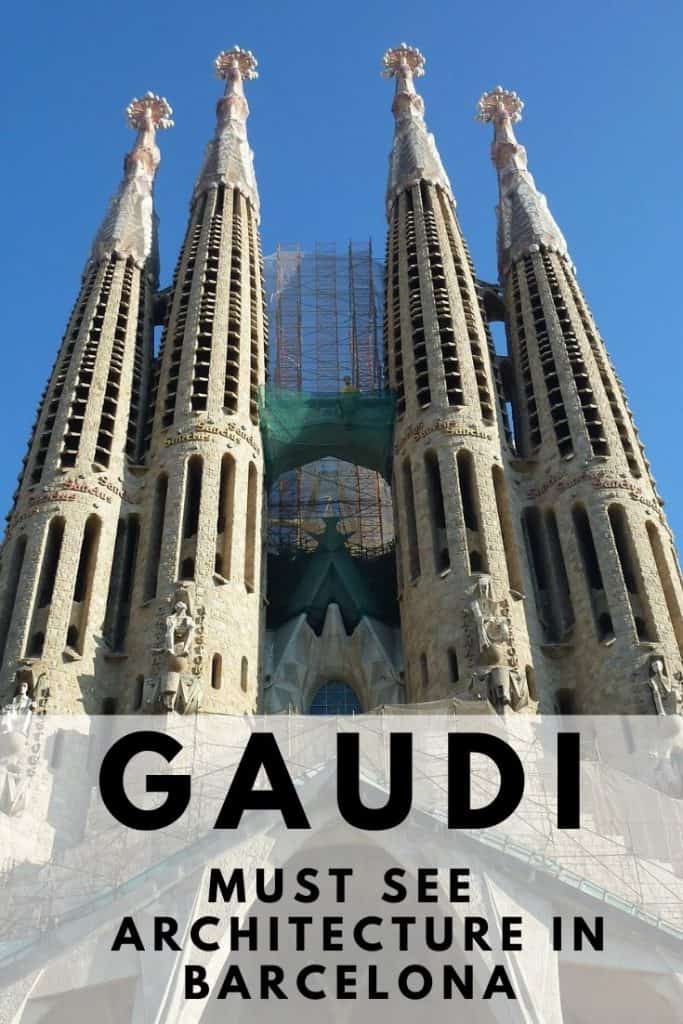 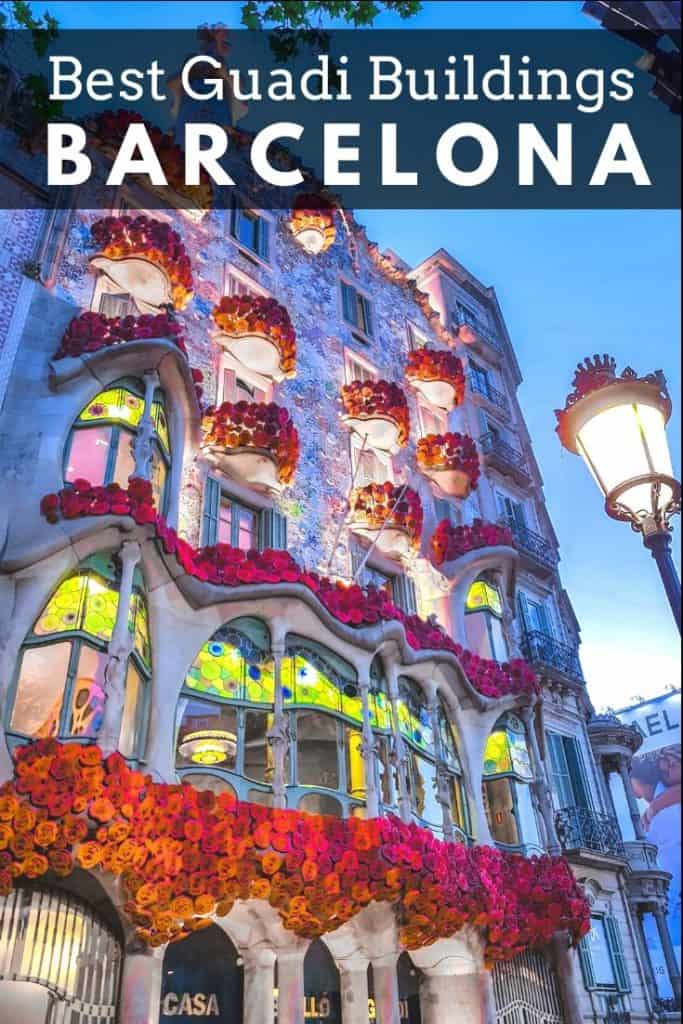 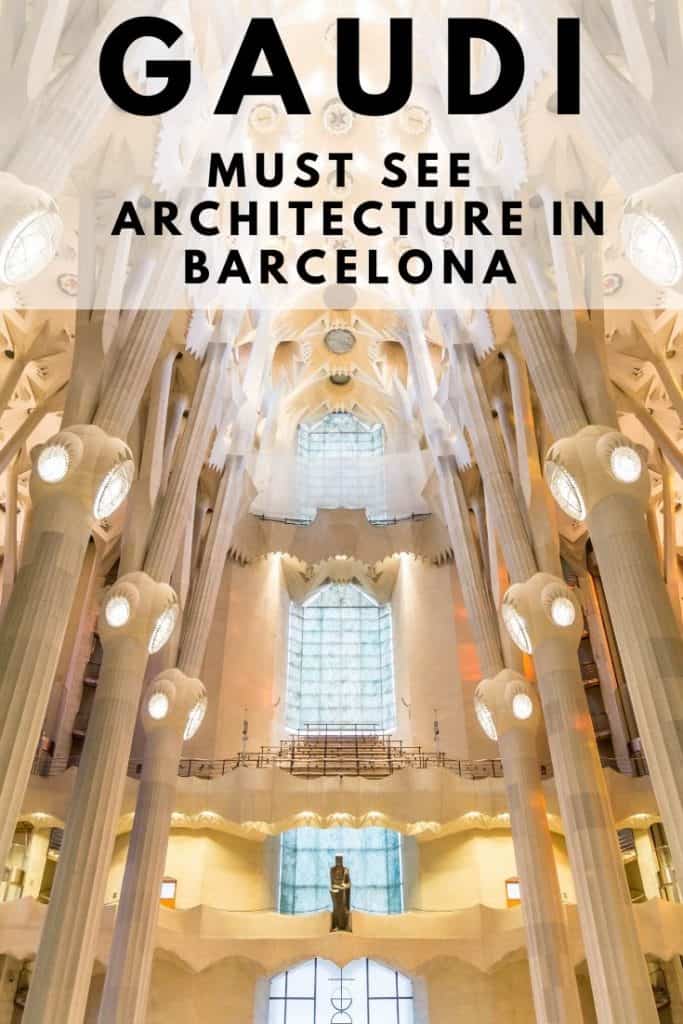 A Weekend In Barcelona

Barcelona Things to See and Do