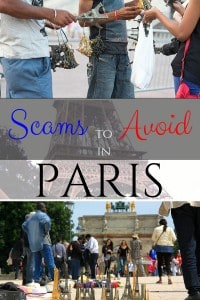 On my way to Paris, I kind of expected to eat croissants, drink wine in the sunshine, and get one of those jumping in front of the Eiffel Tower pictures. I ended up eating a jar of Nutella, drinking a warm beer alone on the grass by the Eiffel Tower, and taking this unfortunate selfie.

Although I had a few unfortunate incidents in Paris, to put it lightly, I came away from the city with some pretty wild stories and an idea of what to expect for the next time I go back in the “City of Romance”.

And hey, at least I didn’t get robbed, swindled, or scammed!

No matter where you go, unfortunately, there are pickpockets, scam artists, and thieves. These scams are in no way unique to Paris but it’s where I happened to be when I witnessed them.

Here is a list of scams in Paris to watch out for whether you are going to Paris for the first time or you’ve been there plenty of times before.

This one is pretty obvious and it can happen to you anywhere in the world. In Paris, it’s not just the person standing uncomfortably close to you in The Louvre Museum that you have to watch out for. Kids are taught how to steal from your pockets and are just as sneaky as the jogger who ‘accidentally’ bumps into you.

I’m pretty naïve and like to assume that everyone is good (yes, this has gotten me into trouble before but it’s not the worst fault a person can have!) so I honestly didn’t try very hard to protect myself from pickpockets. I think I got lucky because I don’t carry a purse, ever, and usually have my money tucked into unnoticeable pockets, or in deeper, harder to reach pockets of a gym bag. 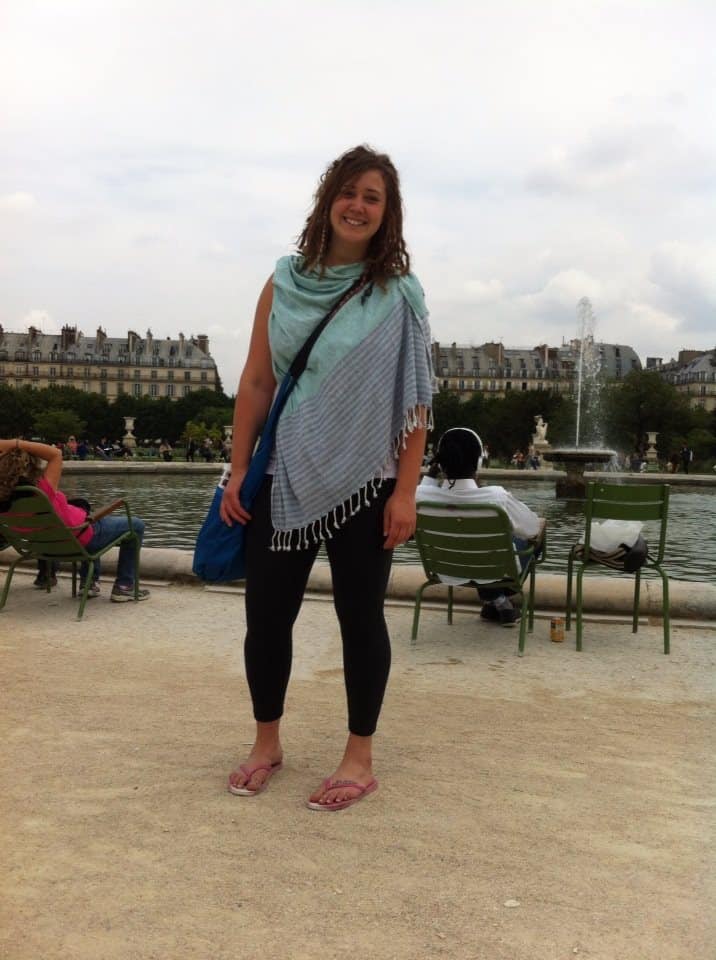 Or I look like a hobo who has no money which is pretty legit.

Again, I’m naïve, okay? Do I have to start every paragraph with that disclaimer? So when a little girl comes up to me with her big, dumb, sad eyes to ask me if I want to help the deaf children I’m like, “uhhh YEAH, I DO”.

I signed her petition. I did it. Then she told me I had to give her money. I decided to awkwardly avoid the situation by plugging music into my ears and briskly striding away.

Who doesn’t like a good friendship bracelet? Tourists who are forced to pay an obscene price for them, that’s who.

In this situation, someone will walk up to you with an outstretched hand and a big smile. If you’re not on the lookout for this scam, you might very well reach your hand out for a friendly shake.

Once this person has hold of your hand, he/she will quickly tie a string around your finger, proceed to make a friendship bracelet for you while engaging in chitchat, presumably about the weather, and then demand you pay for this wonderful service.

I had no idea about this scam until after I left Paris but I did have a few people approach me with their hand out. I refused to take their hands, not because I had been warned of this, but because when there’s a line up of smiling men wanting to introduce themselves to you, and it’s not even last call at the bar, you start to suspect that something fishy might be going on.

A FRIENDLY FACE AT THE METRO

I’m phrasing this particular scam this way because I find that such a fantastically wild notion.

I have not experienced this but if you’re approached by a friendly person, in Paris, at the metro, the situation simply cannot be trusted.

Funny enough, I begged for help and no one would help me. My ticket was checked by a small group of men who followed me off at my stop and I ended up paying a fine for having purchased the wrong one. I thought the men said that my fine was 3 euro, which I happily handed over. They then told me that the fine was actually 30 euro so I cried.

Now that I look back on that… okay, maybe I got scammed.

Basically, if a group of people are all walking around the same area selling an item that looks like crap, it’s likely crap. Trust me, nobody needs to take home a cheaply made two foot replica of the Eiffel Tower. 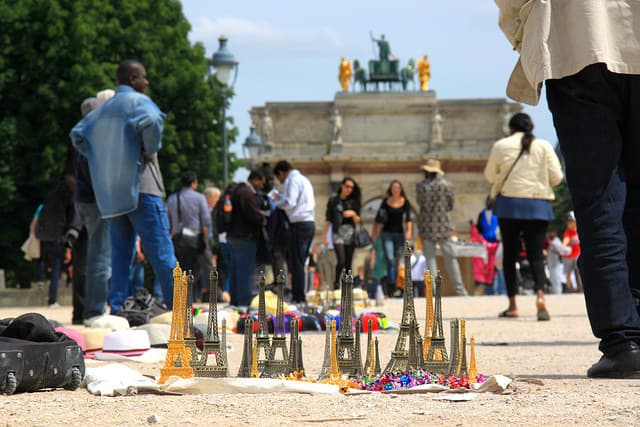 However, a major highlight of my short time in Paris was sitting down to dip a baguette into my jar of chocolatey goodness while watching the police sprint full tilt in hot pursuit after the vendors. They fled like criminals running from a drug deal, hiding behind bushes, and clutching their rings of Eiffel Towers’ to their chests  to quiet the jingling.

I watched with pure fascination and I’d do it again.

TRY TO BE PREPARED

Obviously not everyone in Paris is stalking around waiting for the perfect opportunity to rob you. That said, be ready to protect yourself from the few who may be up to no good and try to brush up on some popular local scams before traveling. Or, if you’re like me, just laugh and apologize for not playing along and hope for the best.

Sometimes it pays to not have a sweet clue what you’re doing.

8 thoughts on “Scams to avoid in Paris”