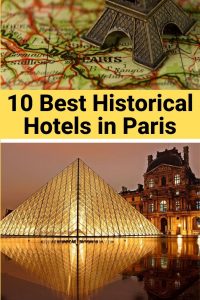 Upon going to one of the most romantic cities in the world, it’s clearly important to choose a place to live without having it spoil the atmosphere. No one expects the Paris Syndrome and I bet you wouldn’t like it either. Of course, it’s not a real disease, but when none of your expectations are met – you become depressed. With the amount of old hotels in Paris, it’s a bit confusing, that people even had it. The syndrome happened to all the tourists who hadn’t conducted a serious research to choose a proper hotel. For Paris, a city with more than a thousand years of history, nothing is better than a historical place to visit!

This list of ten best historic hotels Paris has to offer, will surely help you avoid the “syndrome” and enjoy the romantic atmosphere of France’s capital the way it was meant to be enjoyed. Since there are so many great hotels in Paris, it is tough to come up with a list like this.

Atmosphere doesn’t really necessary require authenticity. Something relatively modern, but created in accordance with the rules of the old will also be quite atmospheric on its own. Though Hotel Majestic in is not one of the really old hotels in Paris, it still leaves you with the best impression about this ancient romantic city. Let’s just say it was built and decorated in the classic French style, with a unique spirit of unforgotten monarchy and freedom-loving revolutions. Though being just a 3-star facility, Hotel Majestic is in our TOP 10 list. 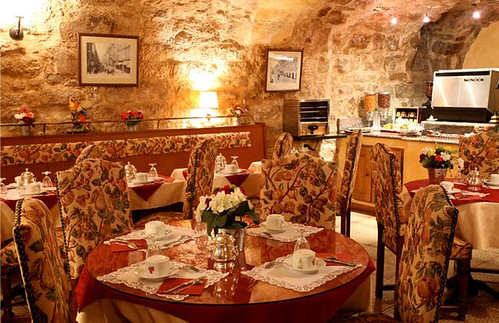 As the name implies, the hotel was meant for nobles, but you shouldn’t presume it’s luxurious and extremely expensive. In fact, Hotel Des Chevaliers is just a 3-star facility. In any case you should consider visiting it if you’re interested in rooms decorated in the historical style. The hotel is quite small, so you’ll certainly have a good time without crowds of guests running around. 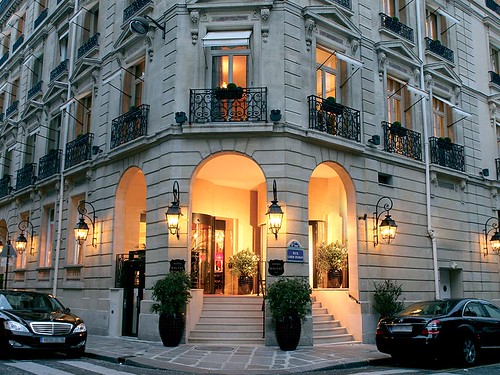 Founded in 1875 (which makes it 139 years old in 2014) Hotel Balzac is one of the most atmospheric accommodation places in Paris. Like everything in France, this hotel is a matter of pride for the owners and the service is just excellent. Being a 5-star place, Balzac offers the guests just literally everything they would ever need. Though renovated in the year 2007, it still remains in touch with the late 19th century Paris, taking the tourists back in time in terms of old-style luxury and atmosphere. 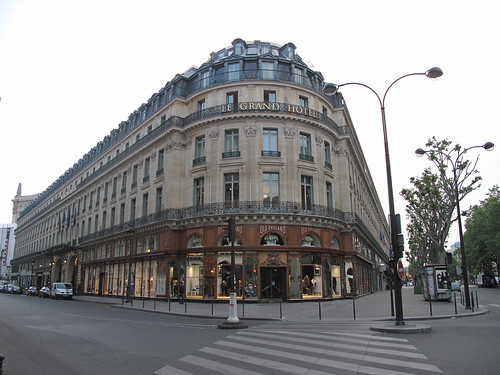 A place from 1892, the hotel was built near the most important marks of the city – Bastille and Notre Dame de Paris. With only 3 stars in the name, it is not called “Grand” for nothing. First of all, Grand Hotel Francais only offers 40 rooms, ensuring it can never be overcrowded. Thus, a relatively calm atmosphere of the 19th century is felt like never before here. There’s one more fact that adds to that. The building was designed especially for the busy place it’s situated in, so all the rooms are soundproof. Nothing will interfere with quality rest in Grand Hotel Francais. 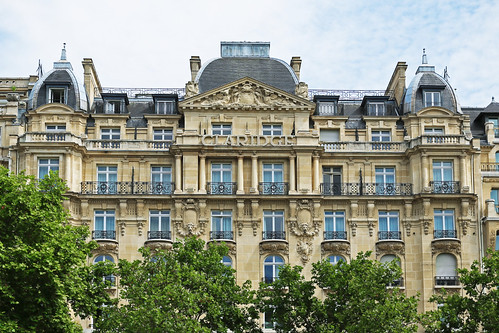 Opened in 1914, this 4-star marvel will amaze you with the perfect functionality of every room. As you may know, some of the older historical hotels might have irreparable problems with proper water or power supply. They just weren’t designed to include electricity and other conveniences. Well, Fraser Suites Le Claridge Champs-Elysees is not susceptible to this problem at all. The rooms are old in terms of décor, but being created in the early 20th century, they’re highly convenient as well. This wonderful hotel is situated near the Arch of Triumph (fr.: Arc de Triomphe), meaning you’ll be on the way of Paris historic axis. 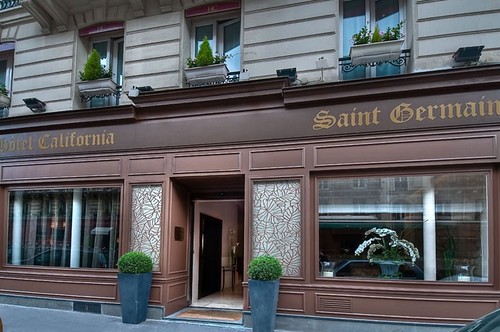 This small and extremely cozy place will totally remind you of family hotels or “taverns” they had in the times of old. Again, California Saint Germain is not one of the most historic hotels Paris has to offer, but it’s so wonderfully comfortable that your attitude towards the French capital will surely become the most positive. This quiet place is a bit from the center (but still in the heart of Paris), making it less crowded, though it’s near a metro station, meaning you won’t have to look for ways to get where you need. California Saint Germain is a nice choice for people who like to feel themselves at home all the time. 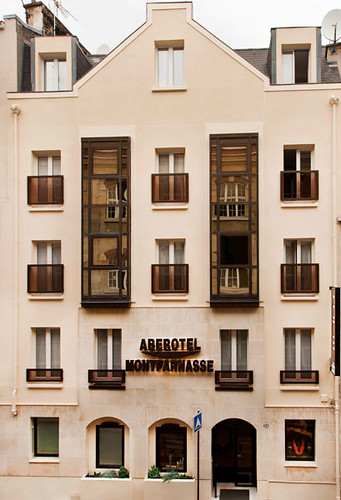 25 rooms just at the heart of Paris – that’s what it’s all about. Built in 1928, Aberotel Montparnassee is one of the quietest places you could ever find in the center. They sport and advertise completely soundproof rooms, so that nothing ruins the atmosphere for you. What’s a bit unusual for Europe and good for you – they’ve got free Wi-Fi in every room, so you will be able to share your impressions online whenever you’d feel right to. By the way, Aberotel Montparnassee is situated near two different metro stations, making it easy to travel on foot from. 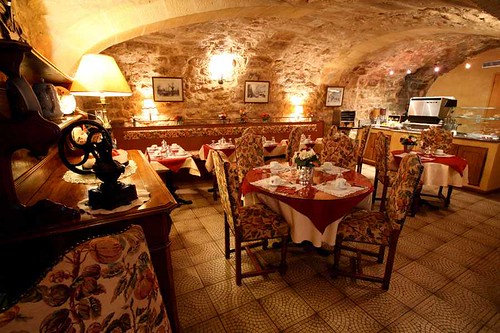 Opened back in the 1870 (144 years ago!) this hotel is truly the spirit of old Paris. Taking into account the age of the building, it’s almost incredible that they squeezed in a small elevator just for your convenience. Usually, 5-storey historical hotels don’t bother to break into the architecture and add anything. With Hostellerie Du Marais everything’s quite different. Twenty four small but cozy rooms make this hotel perfection for those who seek to live through the spirit of the ancient Paris. 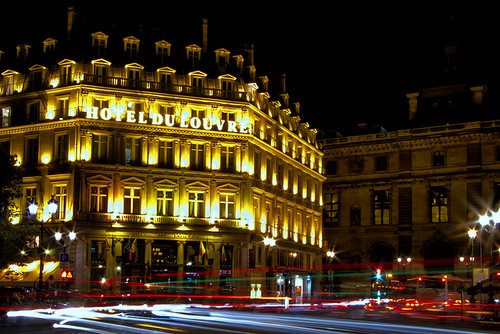 Situated at the heart of Paris, with a picturesque view of the Louvre from its windows, Du Louvre Hotel sits on the second place of our TOP 10 list. It features 177 rooms that will make you feel yourself in the middle of the 19th century in the times of Napoleon III – the last of the French monarchs. Of course, the hotel is of the luxury level and features 5 stars – there’s no reason to doubt its advantages over the others. 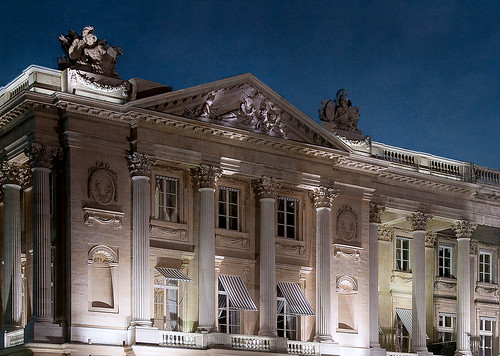 First place – absolute leader of our list, Hotel De Crillon is the pearl of Paris when it comes to historical hotels. Built in 1909, it nevertheless brings you right into the atmosphere of the 18th century France. It’s luxurious, large and just perfectly beautiful. Standing right on the Place de la Concorde, this palace has been attracting world stars for years. People like Madonna and Dalai Lama prefer to live there when in Paris. If nothing is as important as chic and atmosphere for you, then Hotel De Crillon is your choice! 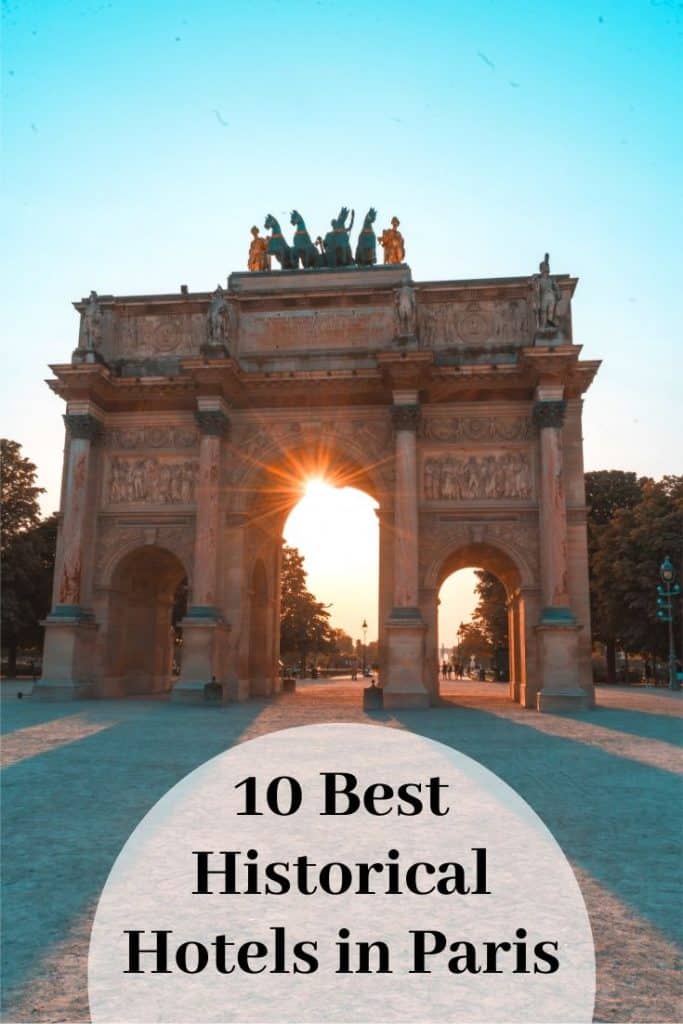 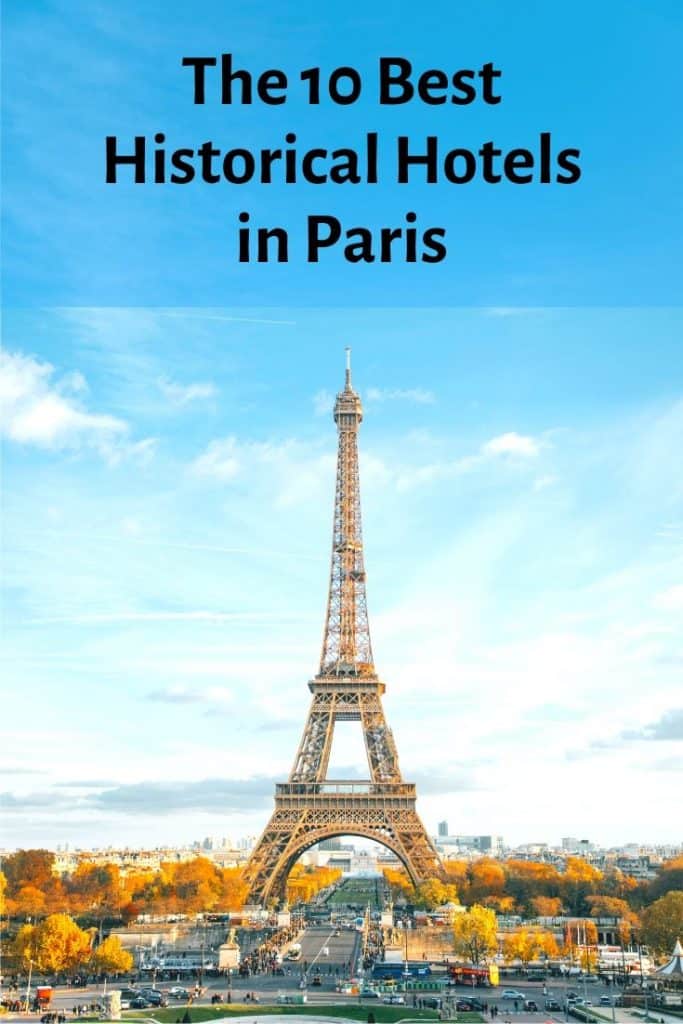 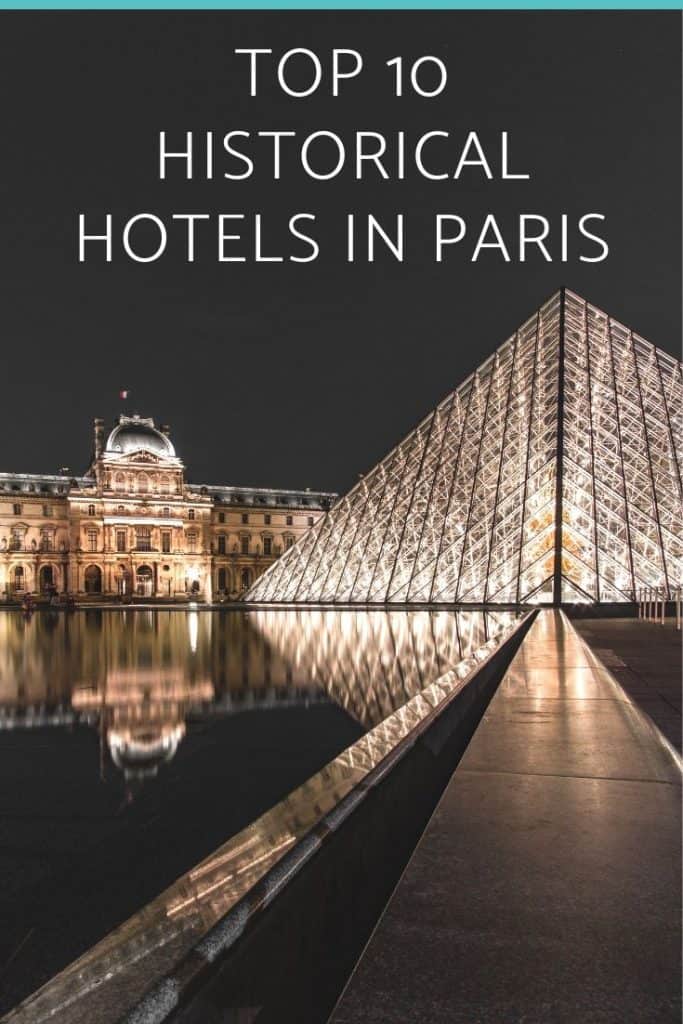 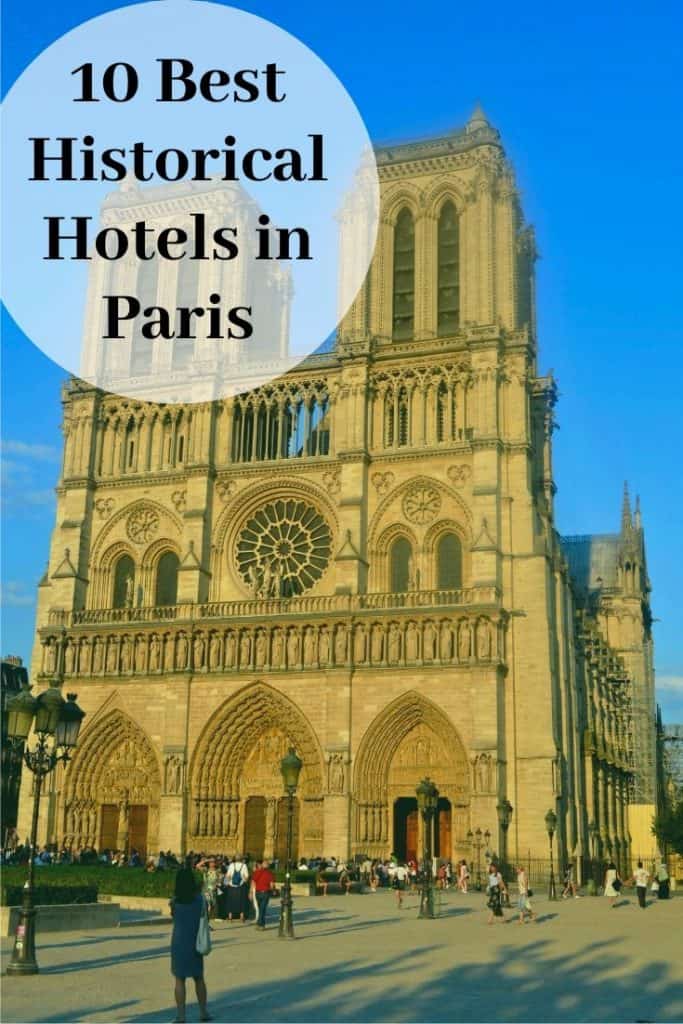 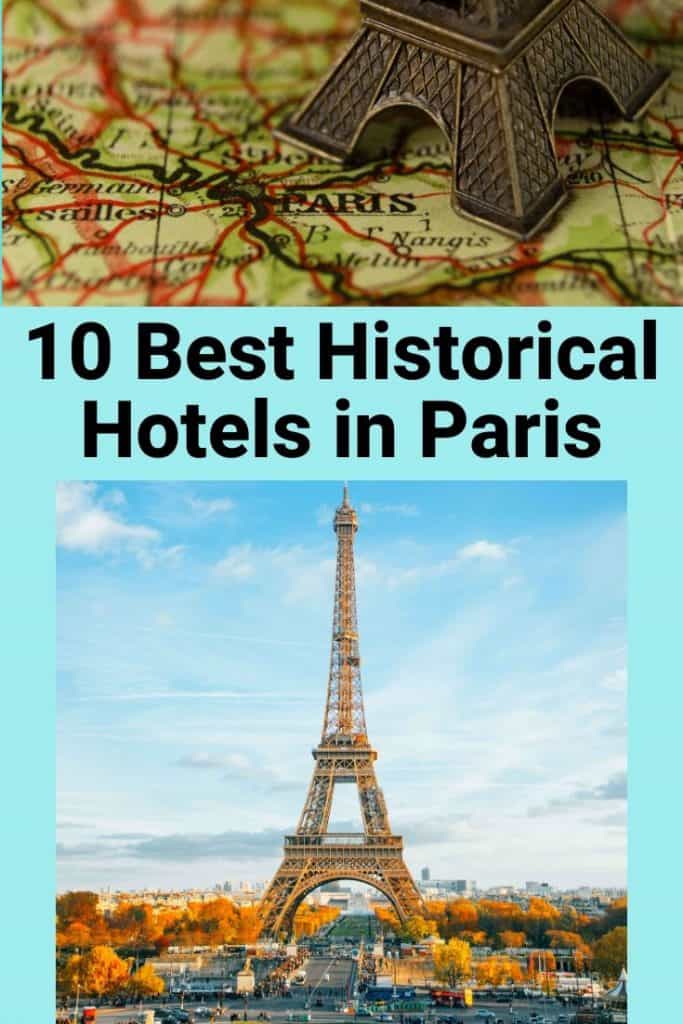