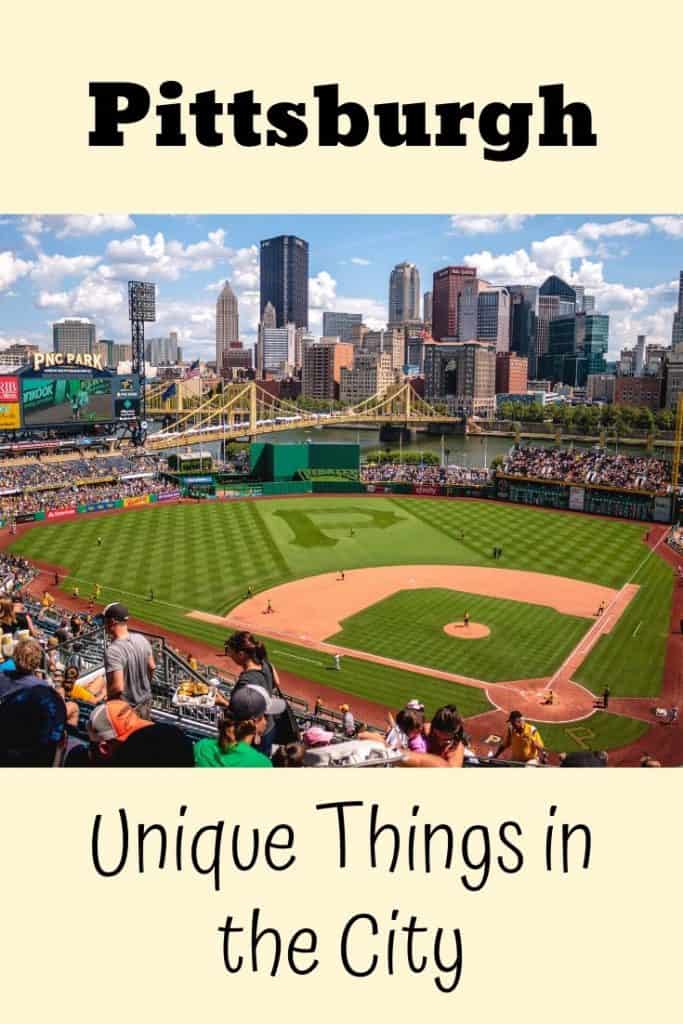 Pittsburgh, Pennsylvania tends to evoke misconceptions and stereotypes. Some people still think of it as still being a smoggy industrial town on the rust belt, or home of the most crazy sports fans, or a place full of rednecks with funny “Pittsburghese” accents, always in the shadow of Philadelphia. But Pittsburgh is a diverse city that isn’t quite Northeast and isn’t really Midwest either. Its charming uniqueness has gained notoriety, which is why it’s commonly listed among America’s most livable cities and a top travel destination by multiple media outlets.

Central location and unique topography made Pittsburgh very important throughout history, but compared to other struggling “rust belt” cities after deindustrialization, Pittsburgh has experienced a successful Renaissance lately. Now you’re more likely to come across a technology firm or world class hospital than a steel mill. Pittsburgh’s important place in history, diverse population, and crazy topography have formed a city with tons of unique things to do. It’s a big city version of a cool northern US town like Rochester.

As a lifelong resident, here are some of my favorites:

From just about anywhere in downtown, Mount Washington can be seen overlooking the city. It’s a steep hillside that rises up from the rivers below, where you’ll find a quiet neighborhood and the best views of the city skyline. To get there from downtown, you can take not one but two old fashioned funiculars up the hill (and back down). 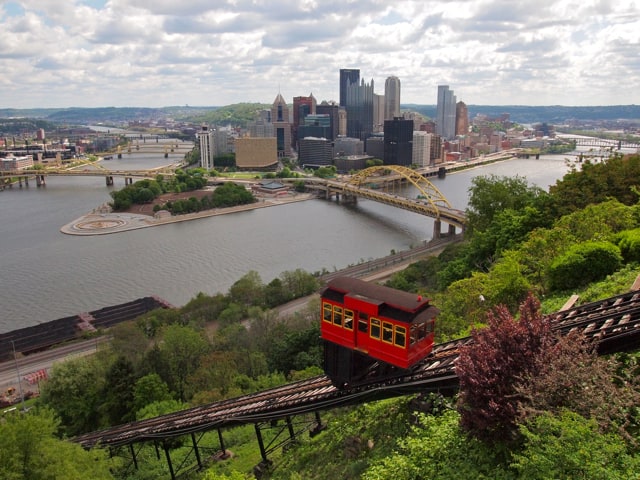 The Duquesne Incline (by Amanda Williams)

Officially called the Monongahela and Duquesne Inclines, the funiculars are a must-do for any visitor to Pittsburgh. During Pittsburgh’s period in the late 1800s as a busy steel-producing town, there were many inclines connecting downtown with the hilltops, mostly for transporting cargo. The two funiculars are the last surviving in the city, and the “Mon” incline is the longest continually operating funicular in the country.

History aside, both of the inclines are just fun to ride. It’s a unique experience on the rickety, steep tracks and the views of the city from the cars and the overlooks on Mount Washington can’t be beat. The inclines are run by the city’s transportation authority and still used today by commuters living in Mount Washington to get to work in the city, so you’ll even feel like a local riding them!

Conflict Kitchen in Pittsburgh’s Oakland neighborhood is a restaurant with a simple theme. It only serves cuisine from countries with which the US is currently in some sort of conflict. The idea is to serve discussion, education and public engagement in addition to food. Every few months, they close and reopen with a different theme country’s cuisine. Currently their theme is North Korea.

I’m not aware of any other place quite like this, and it’s definitely worth a visit.

Get on the Rivers

Pittsburgh’s centerpiece is its three rivers, the Monongahela, the Allegheny and the Ohio. They surround the downtown area known as the Golden Triangle and create the city’s unique topography of hills and valleys. And exploring the rivers is the best way to see Pittsburgh. I’d personally recommend a cruise on one of the Gateway Clipper riverboats, renting a kayak and paddling along the shores, or taking a Just Ducky land and river tour on an amphibious WW2 vessel. 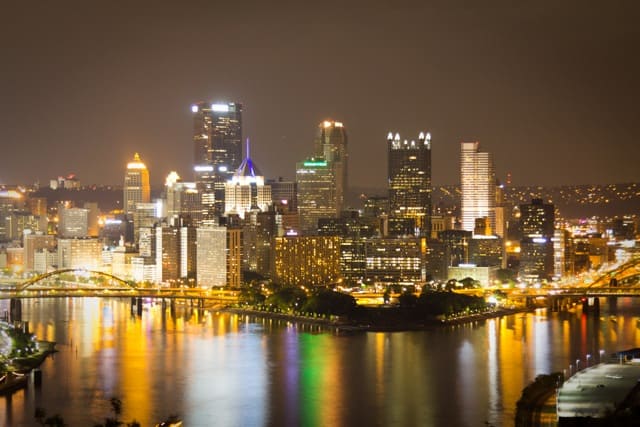 Or if boats aren’t your thing, try biking along the banks on the Three Rivers Heritage Trail. It offers one of the best perspectives of the water and you’re not likely to run out of trail: you can ride all the way to Washington, D.C. on this trail system!

The City of Pittsburgh encompasses many different neighborhoods outside the downtown area known as the Golden Triangle, which is only just beginning to return to an active residential community. You can find beautiful Victorian homes on tree-lined streets in the East End, stately row homes on the Mexican War Streets on the North Side, and over 80 bars in the fun, somewhat gritty Southside. Lawrenceville is full of art galleries and hipsters, and Oakland is Pittsburgh’s college town and home of the University of Pittsburgh and Carnegie Mellon, plus plenty of museums, green space and ethnic restaurants.

These neighborhoods of Pittsburgh are fun to wander around, keeping an eye out for various ethnic communities for the best food. I would also highly suggest a visit to some of the old river towns further outside the city for a glimpse into Pittsburgh’s blue collar past. 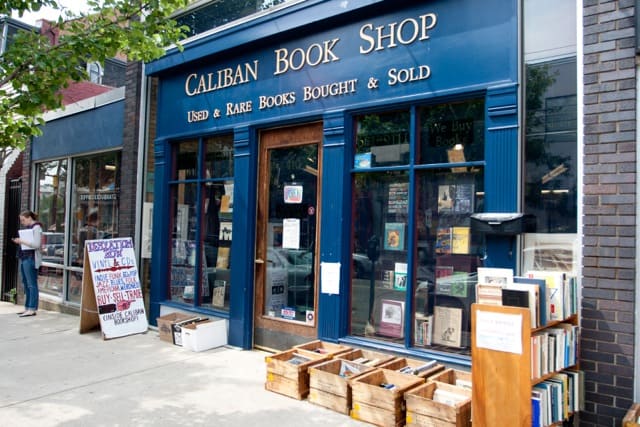 There are certainly many opportunities around the world to drink at brewpubs, and cities are filled with historic churches to visit. But someone in Pittsburgh got the great idea to combine the two, resulting in the Church Brew Works. The old sanctuary in Pittsburgh’s Lawrenceville neighborhood makes a beautiful dining setting and the altar now houses the beer brewing kettles and vats in this converted historic church.

For a fun day trip from Pittsburgh I recommend visiting the Laurel Highlands mountain region and touring the Frank Lloyd Wright house Fallingwater. It’s designed to fit seamlessly into surrounding forest, hills and stream and it’s really a beautiful and unique place to check out. While in the area, be sure to also visit nearby Ohiopyle State Park for white water rafting, hiking and waterfalls. This is the perfect area for an outdoorsy getaway from the city.

There are countless other things to do on a visit to Pittsburgh both on and off the beaten path, but these are my favorites for a uniquely Pittsburgh experience. And, if you’re not familiar with the city, hopefully these ideas will dispel some misconceptions! 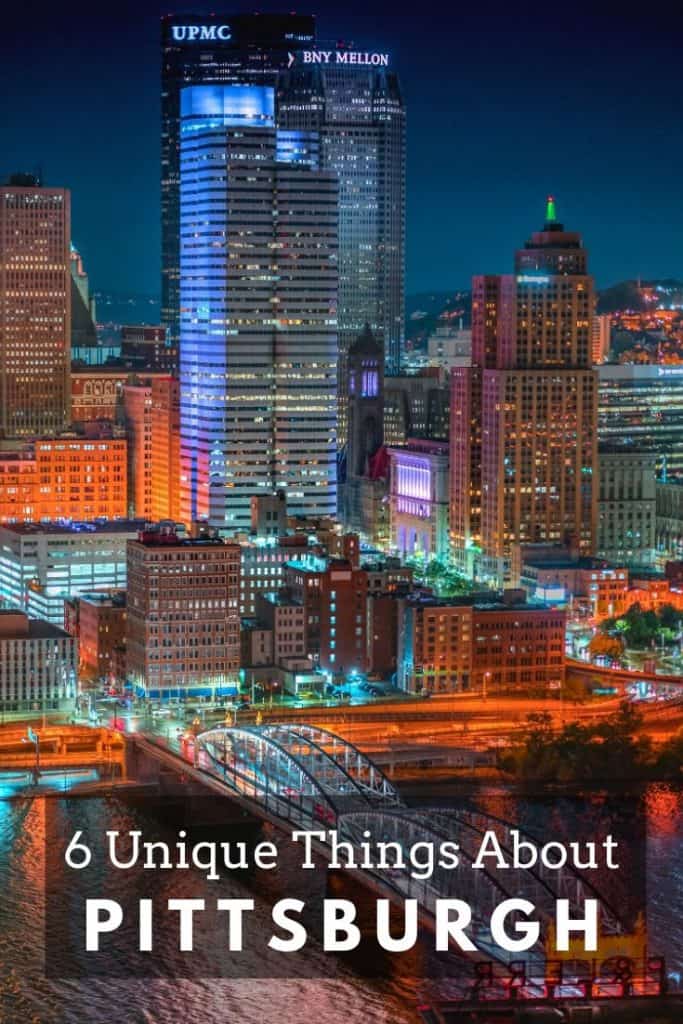 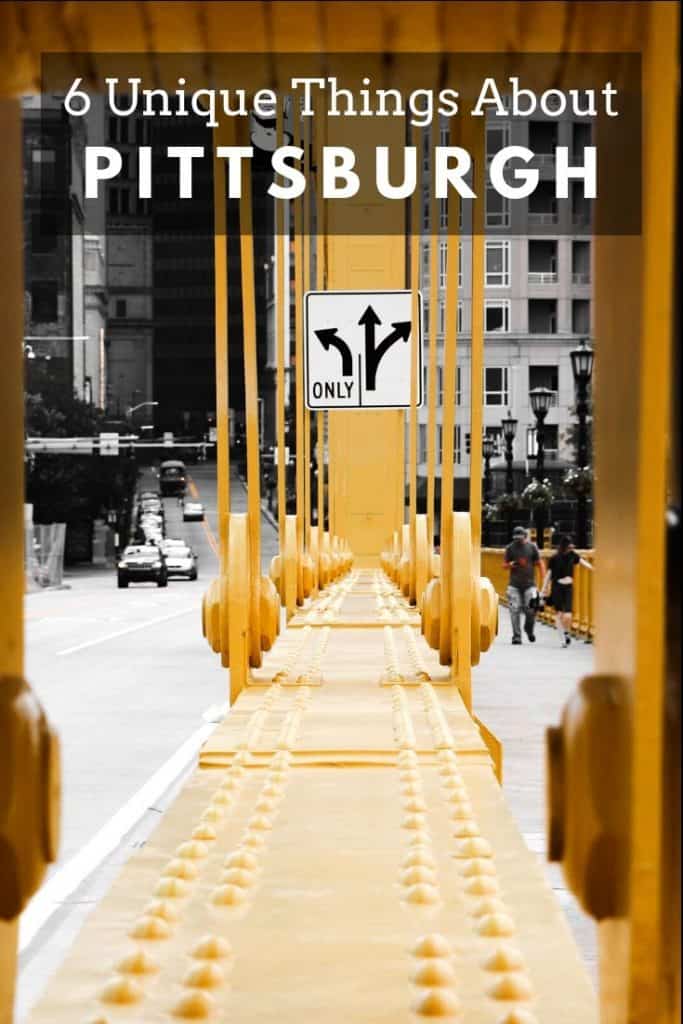 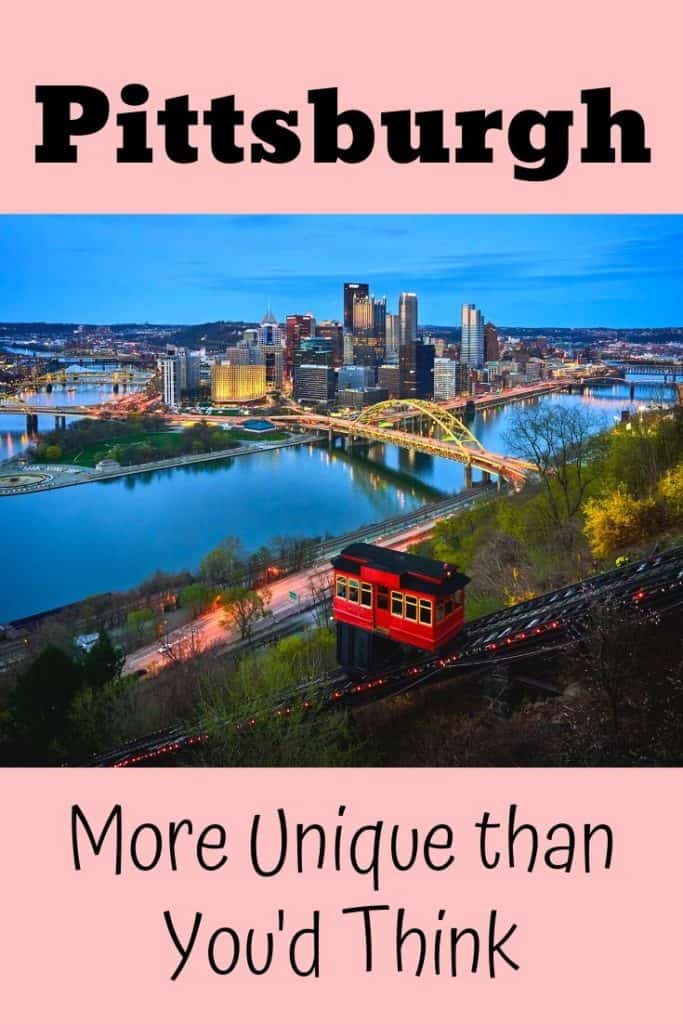 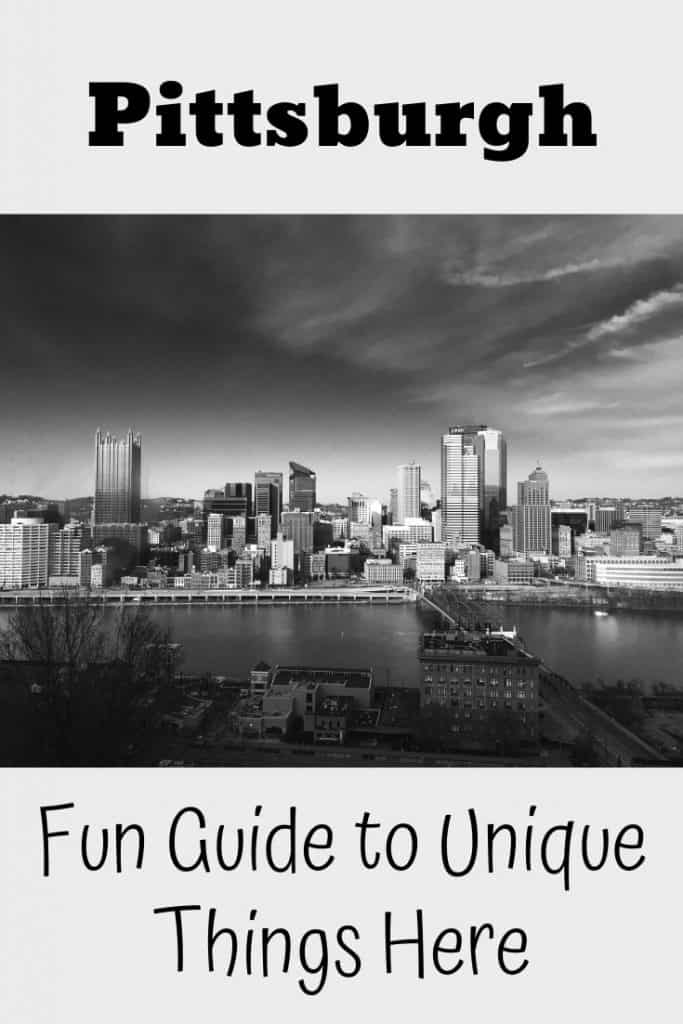 Best Things to Do in Missoula, Montana

25 thoughts on “6 Unique Things to Do in Pittsburgh”