Skip to content
Home » Blog » New 7 Wonders of the World: The Scam Behind the Sham 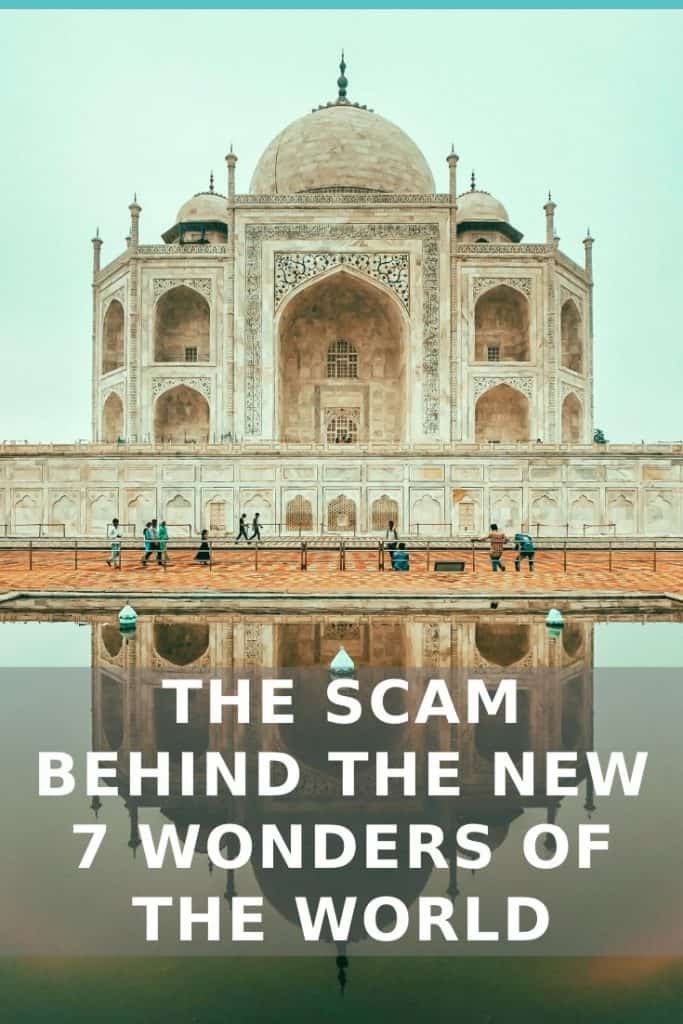 On 11-11-11, the final “New 7 Wonders of Nature” list was released to the public, after years of a slow winnowing process of nominations and voting. This followed the announcement of the “New 7 Wonders of the World” by this same organization on 07-07-07.

Others have written about how absurd the New 7 Wonders of Nature are and it is plainly obvious that this list of winners is pretty horrible. The 7 New Wonders of Nature are the Amazon Rainforest (good), Halong Bay (so-so), Iguacu Falls (OK), Jeju Island (seriously?), Komodo Island (over the Galapagos?), Puerto Princesa Underground River (again, seriously?), and Table Mountain (not even a top 10 mountain).

The list is pretty horrible and there are plenty of reasons why that is the case: internet voting, developing countries with large populations that wanted to win, and more. But frankly, I don’t really care about why the voting was unscientific or which things should be on the list.

My first thought was — who the hell is running this thing??

That’s where the story really gets interesting. 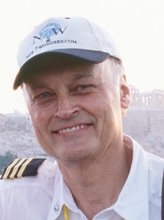 if you see this man coming towards you… RUN, holding onto your wallet

It turns out this whole series of “New 7 Wonders of the World” (nominations now open for the New 7 Wonders Cities, for his next boondoggle) was the idea of a guy named Bernard Weber. He just made the whole thing up. The Swiss-born, now Canadian Weber is a self-described film maker, aviator, and adventurer.

You can add massive scam artist to that list, in my opinion.

I have only been digging into this for a few days, but this whole operation is clearly just one’s guys effort to find a unique way to put money in his pocket.

Weber has pointed out repeatedly that the monies raised on behalf of the effort go towards the non-profit organization that he set up to run the whole thing, The 7 Wonders Foundation, the implication being that no one is going to profit from this at all. There are a number of problems with this defense.

Table Mountain is nice and all, but it isn’t even a top 7 mountain… let alone a top 7 natural wonder of the world.

First, there is absolutely no disclosure under Swiss law, where the Zurich-based Foundation is chartered, to disclose how much it pays Weber or anyone else for their services. As we learned during the Greg Mortenson Three Cups of Tea scandal, the people in charge of these non-profits can end up paying themselves hundreds of thousands of dollars, or more, out of money donated for charitable causes. Somehow, I doubt that Bernie Weber is doing this without drawing a rather hefty salary, which to this point, he has been unwilling to disclose.

Secondly, and much more insidiously, he set up a for-profit company called the New Open World Corporation (NOWC) to help run and administer the voting and other logistical duties.

How to legally funnel non-profit money to a for-profit endeavor and line everyone’s pockets with cash??

Simple. The non-profit corporation collects $10 million dollars from various sources and then pays the for-profit company $9 million to run all the logistics of the effort. And until I see some documents on this whole situation with the New 7 Wonders, I think it is pretty damn safe to assume that sort of scam is going on here.

But where do they get all this money?

Each country that wanted to have a natural wonder considered for this contest had to submit a $200 entry fee. Their natural wonder was then included in the process of winnowing down by voting and experts narrowing down the list. Not much money to be had, right?

Wrong. That entry fee was just a drop in the bucket.

In recent months, it has finally come to light what sort of financial extortion Bernie has been attempting, and likely succeeding at in some cases, since so many countries are desperate in these economic times to give a boast to their county’s tourism income.

The Maldives pulled out in May, after receiving requests from NOWC including ‘sponsorship fees’ (‘platinum’ at US$350,000, or two ‘gold’ at US$210,000 each) and financing a ‘World Tour’ event whereby the Maldives would pay for a delegation of people to visit the country, provide hot air balloon rides, press trips, flights, accommodation and communications. According to tourism authorities in the Maldives, these services would amount to a total cost to the country’s economy of over US$500,000. 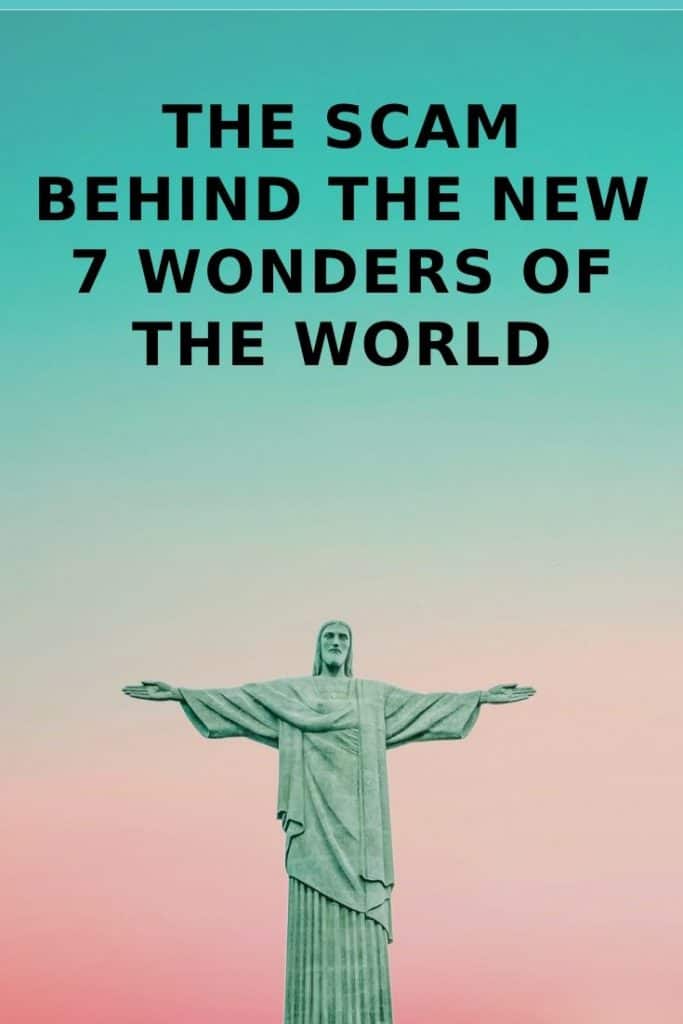 NOWC also attempted to charge Maldives telecom provider Dhiraagu US$1 million for the right to participate in the New7Wonders campaign – approximately US$3 for every citizen in the Maldives – a fee that was dropped to half a million when the company complained about the price.

NOWC reportedly demanded US$10 million in licensing fees from tourism authorities in Indonesia, which had fielded the Komodo national park as a wonder, and required that it foot an estimated US$35 million bill to host the final announcement event.

In February this year, the Jakarta Post reported the country’s Tourism Minister Jero Wacik as stating that the Ministry had received a letter on December 29, 2010 claiming that NOWC would “suspend” Komodo from the list of finalists if it refused to pay the US$10 million license fee.

After Indonesia threatened to sue Weber and his organizations, NOWC relented and left Komodo Island on the ballot. Now that Komodo Island was declared one of the winners, I’d think they have successfully avoided a potentially costly lawsuit that might have also opened up NOWC’s books for public examination.

this should be the New 7 Wonders logo

By the way, I have not found any source or information that any outside or independent body reviews the voting in any way for irregularity or just plain cheating. Who is to say that NOWC just didn’t take payments to declare some places winners? We will never know.

So what happens after your area is chosen on of the New 7 Wonders of the World and you want to use it to promote tourism there? Licencing fees in the order of millions of dollars are required to even mention the words “New 7 Wonder of the World” in relation to your location.

Why isn’t an official body like UNESCO hosting this event? That would at least take this putrid specter of one person profiting off the backs of these countries out of this scam. In fact, the New7Wonders has the gaul to have a link on their website implying that the U.N. supports this bogus organization.

UNESCO took such offense with Weber’s continued claims that the U.N. and UNESCO supported his efforts that they issued a specific release disavowing any ties with Bernie or his New7Wonders organization.

UNESCO wishes to reaffirm that there is no link whatsoever between UNESCO’s World Heritage programme, which aims to protect world heritage, and the current campaign concerning “The New 7 Wonders of the World”…

There is no comparison between Mr Weber’s mediatised campaign and the scientific and educational work resulting from the inscription of sites on UNESCO’s World Heritage List*. The list of the “7 New Wonders of the World” will be the result of a private undertaking, reflecting only the opinions of those with access to the internet and not the entire world.  This initiative cannot, in any significant and sustainable manner, contribute to the preservation of  sites elected by this public.

If this was Smell-o-Vision you could get a much better visceral feel for what UNESCO thinks about the whole New 7 Wonders scam. Their disgust just oozes from their press release.

If you goto the New7Wonders official website, there is an online store selling boxed set official pins of the new7Wonders ($54.95), silver medals (set of 7 for 99 Euros), and stamps… from Gibraltar for some reason (set of 7 for 27.46 British Pounds).

Cheap. Tawdry. And picture perfect for this scumbag scam artist.

I’m not done with this issue. I’ve started to reach out to some sources around the world to see what else I can figure about about this scam. I can’t wait to see what turns up.

After being involved in numerous legitimate charity efforts in my pass, this pisses me off. And I tend to do my best work when I am pissed off. 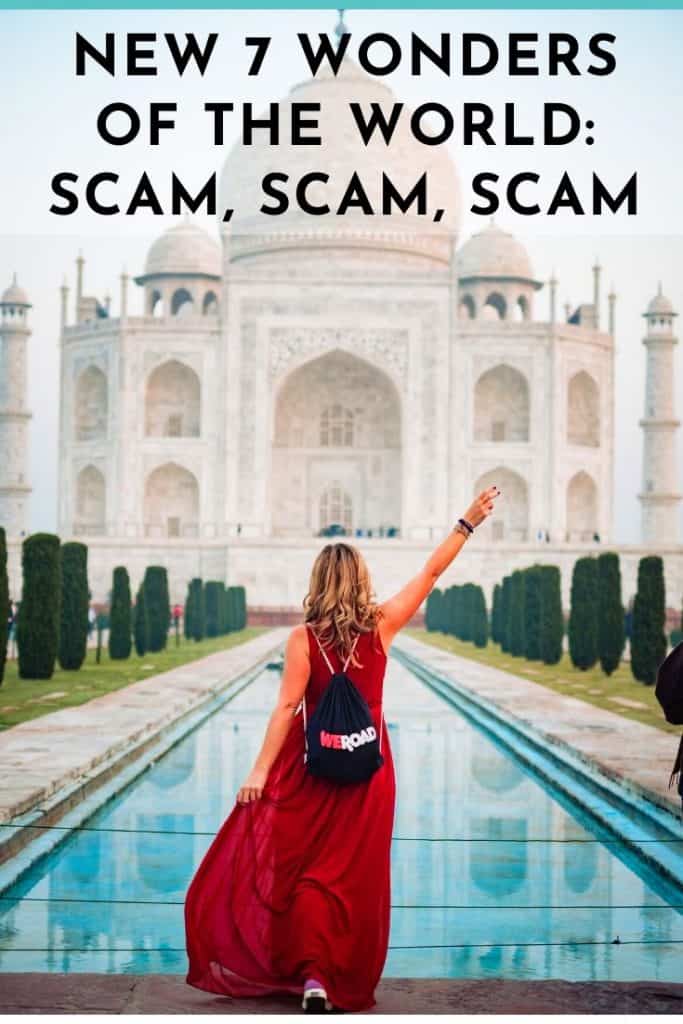 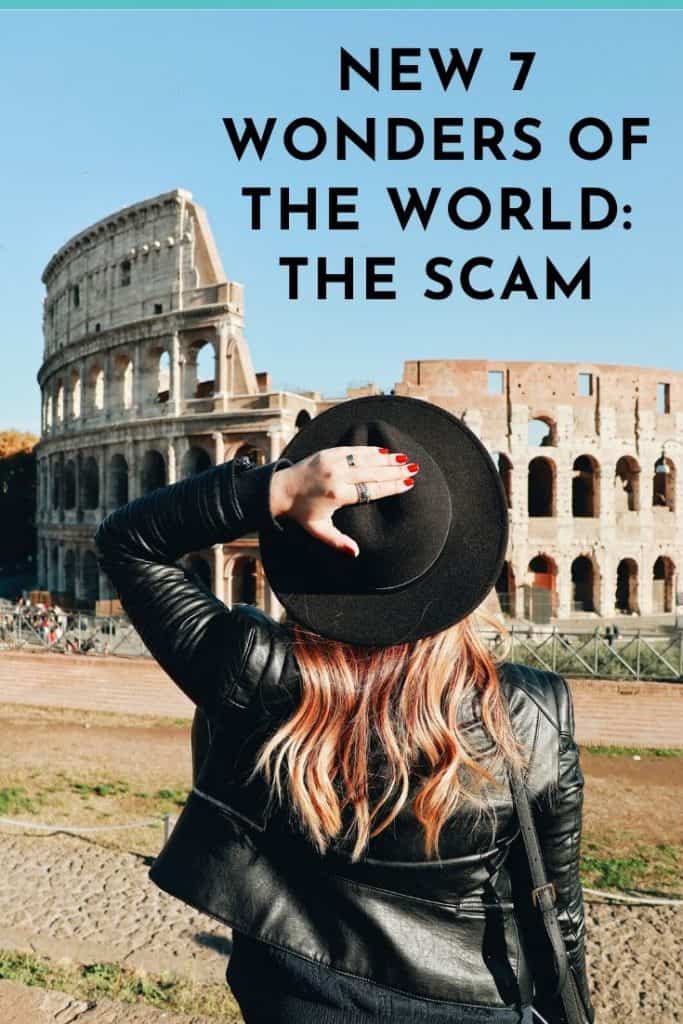 Scams to avoid in Paris

257 thoughts on “New 7 Wonders of the World: The Scam Behind the Sham”