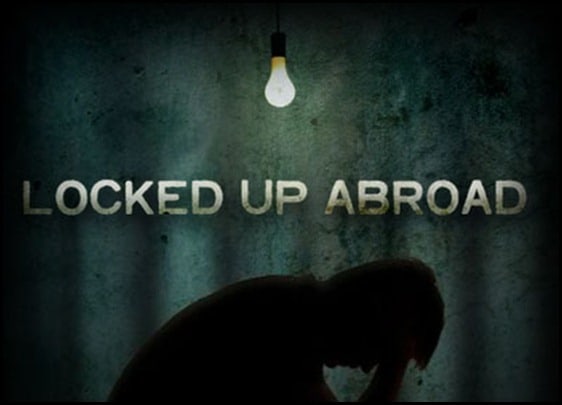 Click through to see the video preview for the episode

How to Not Get Locked Up Abroad

I have written about safety on the road before, but this is a slightly different topic. Instead of focusing on how to avoid being robbed or scammed, National Geographic wants me to give my tips for how to avoid getting arrested and imprisoned abroad.

I have thought long and hard about this and came up with my exhaustive list:

There are probably a number of other valid tips, in fact my friend Raymond also posted on this topic this weekend, but those two sum it all up for me in most circumstances. You could add some others for certain countries: don’t insult the King in Thailand (idiotic law, but enforced), don’t have sex in public in a Muslim country, and many others, but I’ll stick to the big universal one, drugs.

Given the choice between doing drugs somewhere and smuggling them somewhere else… always choose to just do the drugs.

Don’t get me wrong, I’m not endorsing drug use (as depraved as I’ve been in my life, I’m shockingly one of the few that has never done any illicit drug), but I’m just saying…. unless you are in a country like Saudi Arabia or Singapore, you are rarely going to get in nearly the amount of trouble for using them compared to smuggling them. Here is a great post my friend Kate wrote about people getting in trouble while using in Laos. Note the different level of trouble there verses the smuggling cases.

Let’s review this season’s premier episode of “Locked Up Abroad” with my comprehensive and exhaustive tips foremost in your mind.

It is 1970 and Dwight “went to Peru for adventure.” He had just graduated college with a degree in psychology and mathematics and wanted to see the world. In Lima, he “met a person on the street” and asked him to sit down for a coffee. He had never done cocaine before, but he had heard about it and was intrigued. So, Dwight “asked him to find some cocaine.”

He just meet this total stranger ten minutes before. Perhaps I need to add another tip to my list:

His new friend found him a gram of cocaine. I was certain he was going to get arrested right there, but this idiot was temporarily lucky. He went off to some hotel room and took his first sniff. He loved it. He went back home the States and kept using. His “nose got bigger than his wallet” and he “was objecting to how much he was paying for it in America.”

He comes up with a plan to get more cocaine for his burgeoning habit.

He was going to go back to Peru and fake a mountain climbing accident. He would pretend to have a broken shoulder and store the cocaine in bags under the cast. The plan is actually pretty comprehensive. He had been working as a nurse in the States, so he also got some forged medical receipts and X-rays.

He headed back to Peru, meet back up with his friend from the cafe, bought about a kilo of coke and implemented the rest of his plan. His exit plan was to go overland to Ecuador, then fly to Mexico, then cross the border back into the States overland. It’s a little unclear if he was smuggling the drugs back into the States to make money, but I assume from his discussion of his habit he just wanted it for his use which leads me back to my comment earlier.

If you are going to just do drugs…. just stick around in the country and do them. Crossing the border with them…. bad.

He made it to Ecuador and had no problem getting on his plane to Mexico. In the meantime, he took two Valium to calm himself down and help him get through customs: “little did I know that decision to take Valium was going to change my life forever.”

I feel the need to add yet another tip:

4. Don’t do drugs while you are smuggling drugs.

Are we getting a theme yet?

He obviously got arrested and he was thrown into the Black Palace of Horrors, which is apparently one of the worst prisons in the world. He fell in love and hatches an interesting escape plan with his new girlfriend.

You just need to watch the episode. It, like pretty much all episodes of this show, is entertaining and qualifies as an absorbing guilty pleasure in my eyes. I endorse the show and really did enjoy this episode. And to be fair, there are episodes that don’t just focus on the perils of drug running — upcoming episodes include a guy that got arrested in Saudi Arabia for being gay and a trucker that got kidnapped by Islamic insurgents. But for me, this show is a quality guilty pleasure.

Which leads me to wonder this:

Why do we enjoy watching people do stupid things on TV? Reality television almost entirely exists to scratch this itch in our collective psyches.

If you are one of the rabid followers of the Bachelor/Bachelorette, I know you are going to say you watch for the romance and the dream of happiness ever after, but you can’t tell me that you don’t also enjoy the guilty pleasure of laughing at the guy that brings the ostrich egg to give to the Bachelorette at their first meeting.

You might say you enjoy American Idol for the quality singing and hope of seeing the emergence of a new star, but tell me you don’t also love the first few episodes where the William Hung’s of the world humiliate themselves in auditions.

We love watching people do dumb things on television. I haven’t even touched on shows like Jersey Shore or Basketball Wives (speaking of which, you need to go read the Grantland weekly Reality Television scorecard — laugh out loud reading), which exist purely for the cringe-worthiness ability of people to go above and beyond idiocy on front of television cameras.

Going back as long as recorded history, mankind has always enjoyed a well-told story and I will give “Locked Up Abroad” its due there, they are well-told and suspenseful stories. The other side of enjoying a well-told story is that we have long enjoyed the guilty pleasure of laughing at others — think about the court jesters of Shakespeare’s time.

We all enjoy the Fool.

Here are the details about this season’s premier episode. As they themselves say on the Nat Geo website, its a cult classic.

Deservedly so. It is fun stuff.

Locked Up Abroad: Black Palace of Horrors
Wednesday, May 23, at 10pm ET/PT on National Geographic Channel

I think you need to know why I am writing this post. Sure, I have written about the oddity of Eurovision and also wandered far afield from travel stories when I wrote about how top 10 lists suck or about ceiling fan deaths in South Korea, but this post came from a specific request.

One of the Public Relations people representing the National Geographic television channel contacted me last week asking me to write a review of their television show “Locked Up Abroad.”  They asked if I would pre-screen the first episode of this season and write about my tips for “How to Not Get Locked Up Abroad.” I felt I owed them a follow-up email:

I might be able to do this, but if you know my blog at all, I can be a bit bitingly sarcastic. I have joked around with friends about this show while we’ve been traveling and my basic tip would be “ummmmm, don’t smuggle drugs across borders.” In fact, the whole gist of my post is quite likely to be how amazingly stupid most of these people are. IF that is something you would be interested in, I can knock something out, but I don’t want to offend you if that doesn’t jibe with your intentions on this.

She immediately replied with an email that I wish I felt comfortable sharing, but I didn’t ask for permission to do so. It was great.

I actually had no intention at all of doing this post, until I got that reply. My limited experience with PR people is that they are almost pathologically possessive about “the message.” Hell, in my past life, I was a press secretary and campaign manager for a few political campaigns. I have some sympathy for that point of view. That reply sold me to write this post — I am still smiling re-reading it now and look forward to someday having a beer with her at some point in the future.

She has to be cool.

42 thoughts on “The Guilty Pleasure of Watching Stupid People”