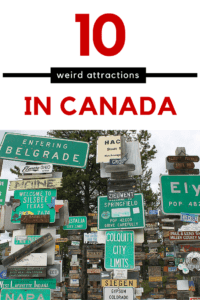 Considering the size of Canada, it’s not too surprising that there are countless interesting and weird attractions found all over the country.

Whether you’re looking for a quick road side stop or wanting to celebrate an annual festival, the provinces of Canada will not disappoint. 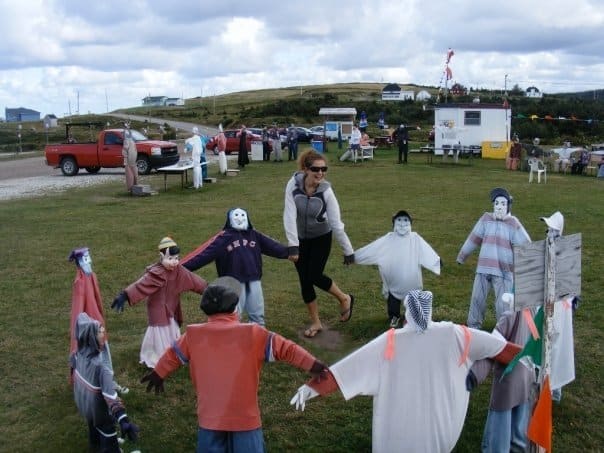 If you’re making your way to the Cabot Trail on Cape Breton Island, this isn’t a roadside attraction that’s easy to pass by. To be fair, it isn’t easy to stop at either. Unless you know the history, it’s kind of creepy.

Story has it that in 1908, resident Joe Delaney tried to plant a garden but couldn’t keep the crows from eating the few vegetables that managed to grow in his rocky yard. Determined, Joe set up a couple of scarecrows and soon enough, tourists were starting stop by to take photographs.

One thing led to another and today, Joe’s Scarecrow Village is a Cape Breton landmark and a great roadside attraction. 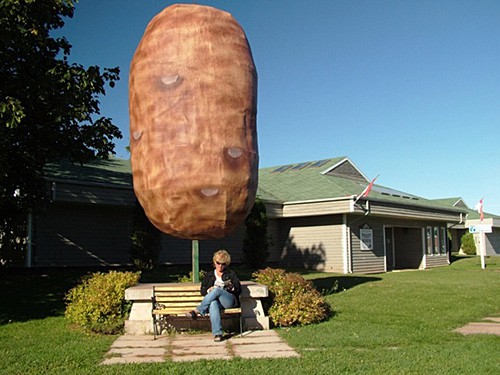 When my Canadian friends from other provinces tease me about being from ‘spud Island’, this museum is the reason I just chuckle and say, “you have no idea”.

Located in O’Leary, Prince Edward Island, the Canadian Potato Museum celebrates all things potato. From the worlds largest potato sculpture at the front door, to checking out the worlds largest collection of potato growing and harvesting machinery inside.

Show up on an empty stomach so you can enjoy the potato cinnamon rolls, house chips, and even chocolate potato fudge (which is surprisingly good).

Just in case you get to Canada and are disappointed at it not being cold enough, you can stop in at Sparking Hill, British Columbia, at North America’s only cold sauna.

Apparently, sitting in -166 degrees Fahrenheit has a range of health benefits including helping with muscle pain, arthritis, and increasing ones appreciation for life (I would imagine).

It could also kill you.

After spending three minutes in the cold sauna in a bathing suit, mittens, and slippers, you’ll be let out, which is awfully generous of them considering that seven minutes in that temperature is actually fatal.

As a child, I would stand at the bottom (top?) of Magnetic Hill and watch with wonder, fascination, and complete frustration as the ball I had just let go of rolled all the way to the top (bottom?).

A gravity hill, like this one, is an optical illusion created by rising and descending terrain. To experience Magnetic Hill, drivers pay a fee to drive their cars to the end of the road, put the car in neutral, and roll backwards as their kids (if they’re anything like I was) scream at their parents.

“Dad! Let me see your feet! Show me your hands! WHY ARE YOU LYING TO ME?” 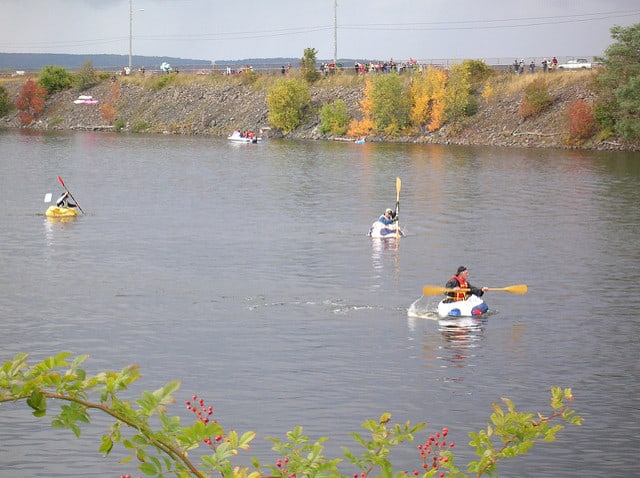 Row, row, row your pumpkin, frantically across the lake!

In 1999, this little town in Nova Scotia thought that they could increase tourism by growing giant pumpkins and having weigh in competitions.

The real attraction, however, came when it was decided that they should hollow out these pumpkins, stick a person inside, and race them across Lake Pesaquid.

You know when you order a drink with a really weird name and have a little chuckle?

Don’t be greedy though. You have to share the severed toe with everyone else in the club (I guess there just aren’t that many severed toes for the taking) and if you try to swallow it, which is disturbingly common, you’ll face a fine of $2500. 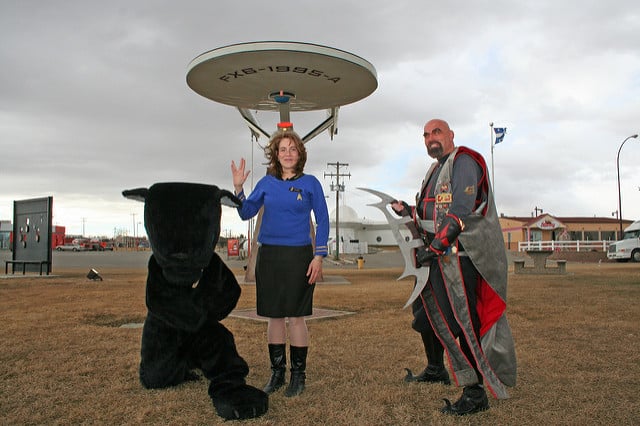 If you live in the Canadian prairies in a town with a population of about 2,000, you might have some time on your hands.

The only logical thing to do in this situation, especially if your town is conveniently named Vulcan, is to turn the entire town into a Trekkie haven. There’s a Star Trek-themed tourist station, a Star Trek-themed virtual reality adventure, an annual Vulcan Tinman Triathlon, and, of course, “Spock Days”, an annual community-wide Star Trek convention.

Canadians love pyrogys (pierogis) so much that I thought they belonged to us. They’re actually from Eastern Europe and are dumplings filled with a variety of different things, savory or sweet.
If you love pyrogys enough to make this a must see road trip attraction, you can find “The World Largest Pyrogy” in the village of Glendon. To be more specific, the pyrogy is in Pyrogy Park.

That’s right, ladies and gentleman, don’t even think about visiting Calgary during any other season unless you want to leave without testicles.

Order your platter of ‘mixed nuts’ at Bottlescrew Bill’s Pub and wash it all down with a nice cold beer. If you want to forget what you’re actually eating, the more ‘posh’ thing would be to order some prairie oysters.

I bet the T-shit slogans during this festival are fantastic. 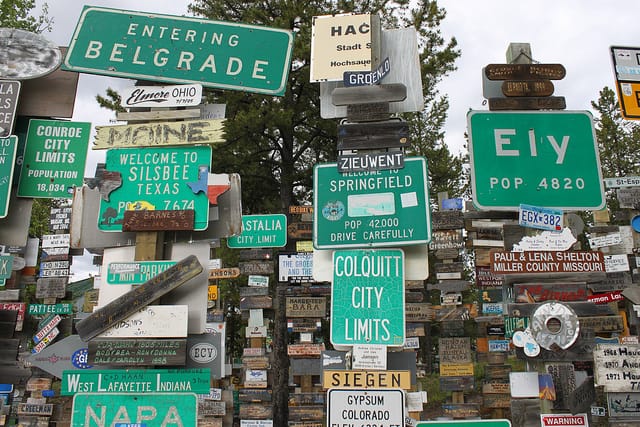 I’ll finish off with something less likely to leave a bad taste in your mouth.

The Sign Post Forest is Watson Lake’s most famous attraction and if you’re an avid traveler, you’ll want to add this to your list of must visit locations.

Don’t come empty handed! You’ll want to bring a sign to add to the collection that has been growing since 1942. Not only will you learn about the history of the Alaska highway but by looking at the signs, you’ll be overloaded with information about where the tourists in this area have come from.

What are some other interesting attractions in Canada that you’ve seen?

Keep Portland Weird: 19 things and places that define this city

The Best Beaches in Canada

Five Things To See And Do In Toronto Canada