Skip to content
Home » Blog » The Best Beaches in Canada 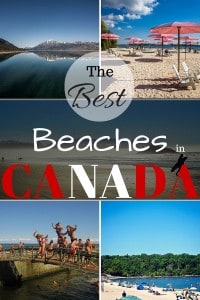 Let’s be honest. When we think of Canada, we don’t immediately think of hot sunny days on the beach.

Having lived in Canada my whole life, I can vouch for our summers. They happen and they’re beautiful. Here’s a list of some of the best beaches Canada has to offer.

I could write an entire post on beaches in PEI but I’ll stick with Basin Head as it was voted #1 beach in Canada.

Basin head is also known as Singing Sands Beach because the sand will sing beneath your feet as you walk. There are many theories as to why this happens at certain beaches but singing sands are not completely scientifically understood. Basically, it’s magic.

Something I didn’t know until I moved away from this precious little island is that bridge jumping isn’t as popular other places as it is in PEI. In PEI, we jump off bridges. Why not? Other than the obvious danger, laws against it, and hefty fines if you’re caught, why not? 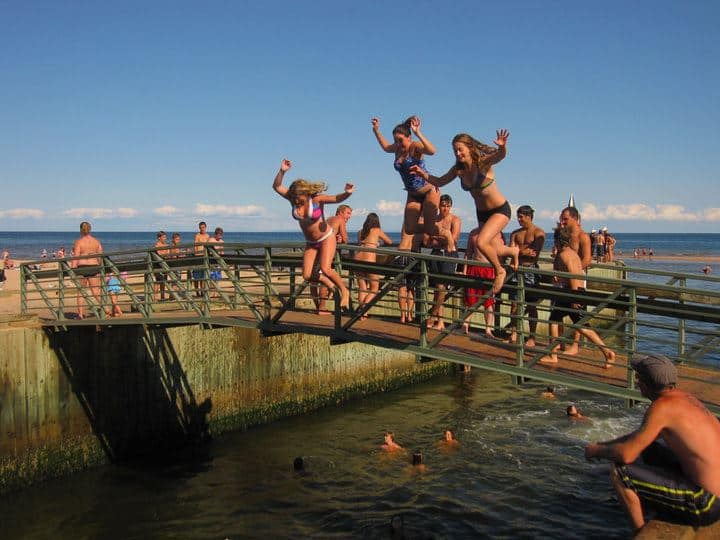 Basin Head has a bridge you can jump off (there are signs warning you not to, but it’s not enforced) and the current will take you out into the ocean. If the current is strong, the wisest way to go about this is to let the current take you until you reach the sandbar and then walk along the sandbar to get out of the current. Easy!

Long Beach is a great place to visit if you’re hoping to grab a board and catch some waves. It’s a very popular surfer destination and stretches parallel to the Tofino-Ucluelet highway. 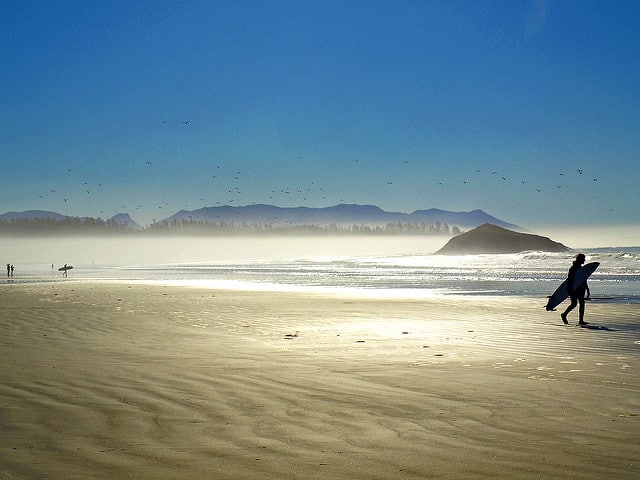 Tourists take note: this area is known to have strong rip currents making swimming extremely dangerous on certain days. Always swim in the supervised areas and never go into the water when the safety advisories are out. 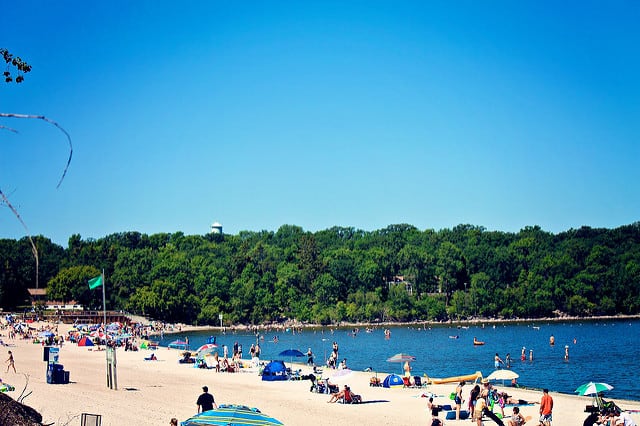 Make sure to save enough time to relax on the long stretch of white sand.

Are you a history buff? The Magdalen Islands are rich with Mi’kmaq and Acadian history dating back hundreds of years. Although a part of Quebec, these islands are closest to PEI and Nova Scotia. Most of the residents here will still raise the Acadian flag and consider themselves to be Acadian and Québécois. 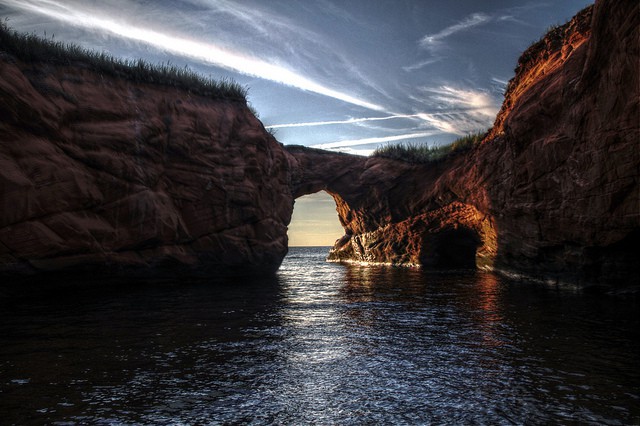 Tourism is a huge industry for The Magdalen Islands. The outdoor activities and stunning coastal views, alone, are worth the trip.

Of all places in Canada, you probably wouldn’t expect to find beautiful beaches in the north but I tell you, they do exist! Bennett Lake Beach is only about an hour from Whitehorse and with the low tide, miles of beach, and dramatic mountain backdrop, it can compete with some of the best tropical beach destinations.

I mean, assuming you don’t want to get into a bathing suit, go for a swim, or lay out for a tan. Whitehorse is the warmest place in the Yukon with an average annual temperature of -1 Celsius. 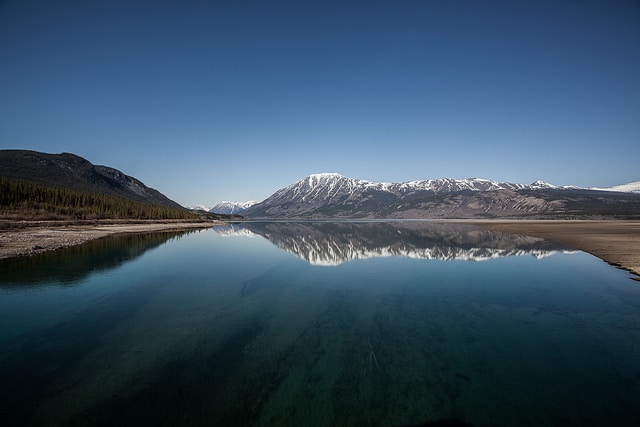 So, you know, bring a snack and a camera and leave the bathing suit behind.

Wreck Beach is the second largest clothing optional beach in North America and, funny enough, is connected to the land owned by the University of British Columbia. What better way to unwind after finals than a naked frolic on the beach?

If that’s your thing, that is. 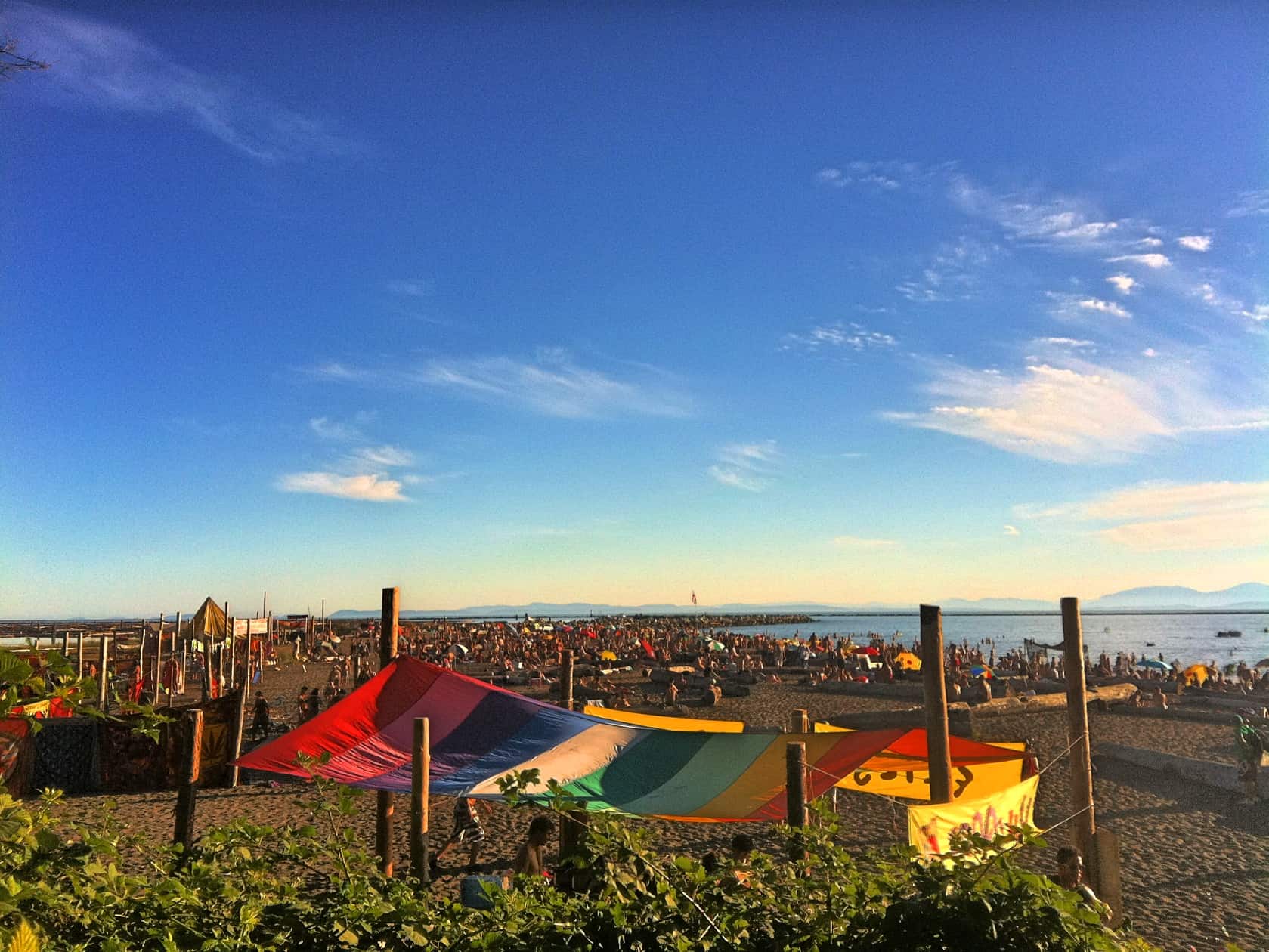 The occasional rumor about a police crack down on the “naked hippy fest” goes around but so far, these naked hippies keep on swimming.

While it may not be one of the best beaches in Canada, it’s certainly one of the most interesting. Sugar beach opened in 2010, costing 14 million dollars to construct, and is called an urban beach park which just sounds way too hipster to handle.

Don’t let the price fool you into thinking that you can actually swim here! No, no, my friends.

It’s a looking at beach. 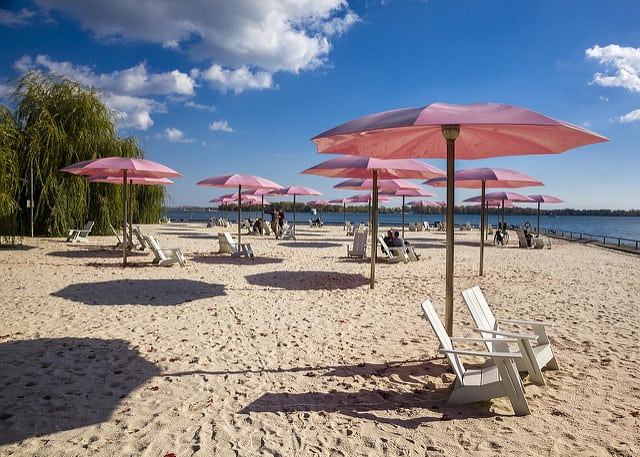 All jokes aside, it’s a great place to relax and feel like you’ve left the bustling streets of Toronto behind for a little while. There’s also a Sail in Cinema event where an inflatable movie screen is sailed into Lake Ontario for a big beach movie.

So, you can’t swim at this beach, but you can watch a movie!

Would you believe me if I told you that this list wasn’t complete?
Canada isn’t all snow shovels, and maple syrup. Next time you’re planning a getaway on the beach, consider traveling to Canada.

Canadian Destinations For The Literary Traveller

14 thoughts on “The Best Beaches in Canada”